Pair of Dodge Demons Up for Auction This Weekend 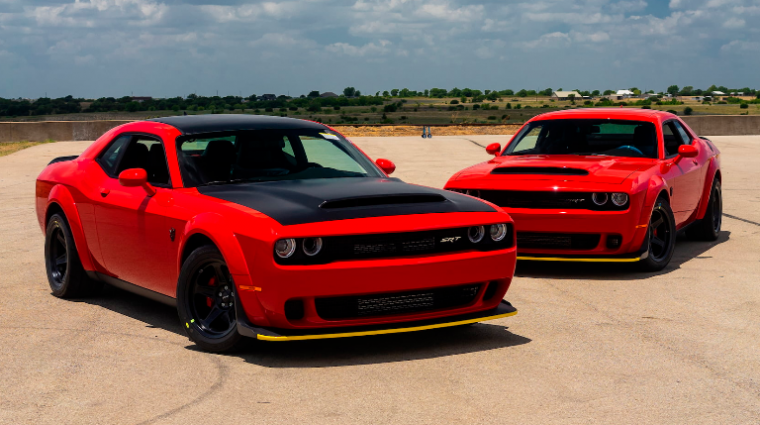 Ready to make a deal with the Demon
Photo: Mecum Auctions

In fact, automotive enthusiasts will have to opportunity to acquire not one, but two Dodge Demon models this weekend. Mecum Auctions is auctioning off a pair of Dodge Demons during its 2018 Monterey event.

The official name of the Dodge Demon-based package is “The SRT Demon Offering.” The starting bid for said package is currently set at $250,000.

The “Demon Offering” package includes a pair of 2018 Dodge Demon models. Both bear a bright red exterior, although one of them comes equipped with a black hood and roof.

Together, these two vehicles deliver a combined performance of 1,680 horsepower, or 840 horsepower per vehicle. Other features that both models come equipped with include air-catcher headlamps, an exclusive Dodge Demon hood scoop, and a drag-mode suspension.

The End of an Era: 2017 Dodge Viper Special Editions celebrate end of production

The Demon’s official MSRP was listed at $84,995 by FCA when it was first released. Of course, many of these exclusive models sold for a much higher price than that when they first arrived on dealer lots.

In all, Dodge only produced 3,300 production Demon models. The only way to currently obtain a Dodge Demon is to purchase a pre-owned version of the vehicle.

The Mecum Monterey Auction will take place Aug. 23-25. You can take a closer look at the pair of powerful Demons by viewing the package’s official auction page here.