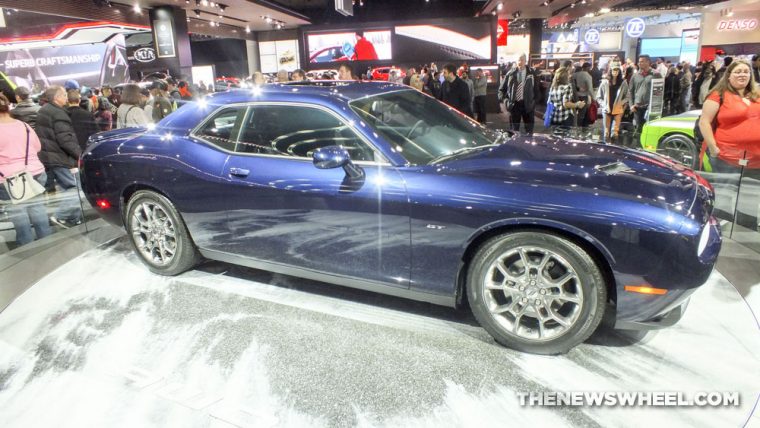 There was no shortage of high-performance sports cars at the 2017 Detroit Auto Show. Everything from the Chevy Camaro ZL1 to the new Ford GT made an appearance at the event, but Dodge brought one muscle car to the show that boasts something neither of those cars have.

Underneath the hood of the Challenger GT is a 3.6-liter Pentastar V6 engine that’s good for 305 horsepower and 268 lb-ft of torque. That six-cylinder is paired with an eight-speed automatic transmission, which helps this coupe achieve EPA-estimated fuel economy of 18 mpg in the city and 27 mpg on the highway.

Other unique features found on this vehicle include LED halo headlights, a dual exhaust system, and projector fog lamps. In addition, the 2017 Dodge Challenger GT sits on 19-inch aluminum wheels that are wrapped in all-season performance tires.

Since this vehicle has been designed to handle colder climates, it comes as no surprise that a heated steering wheel and heated heats come standard inside the 2017 Challenger GT. What’s more, the driver and passengers will enjoy an 8.4-inch touchscreen system that’s compatible with both Android Auto and Apple CarPlay.

Dodge didn’t allows guests of the 2017 Detroit Auto Show to sit inside or even touch its new Challenger, since this model was showcased on a raised stand that featured plastic barriers, but car enthusiasts still flocked to this vehicle nonetheless to the see the first American muscle coupe with AWD.

If you weren’t able to attend the Detroit Auto Show this year, you still could be seeing lots of the new Challenger GT. That’s because it’s been featured in a new Dodge commercial titled “Russia,” which you can watch below.