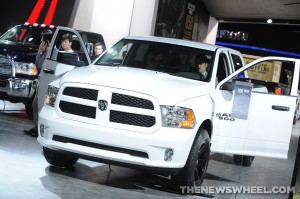 Granted, the Frazier-Foreman comparison may not be totally apt granted that neither Ram nor Chevrolet are the segment’s champion—that distinction still goes to the reigning champ-een, Ford’s F-Series. However, Ram outselling Chevrolet is certainly an accomplishment worthy of a Rocky-esque montage if only for its significance to the brand.

Ram sold 42,532 pickups in March, which was good for a 26 percent year-over-year increase and its best March sales figures since 2007. Chevrolet’s Silverado fell to third with a 42,247 unit tally that, nonetheless, was good for a 7 percent increase over 2013. Ford’s F-Series sold 7,940 units. Ho-hum, another month, another dominant performance.

In the year-to-date standings, Chevrolet still holds its second-place standing with 107,757 units sold (down 7.6 percent from 2013). Ram is holding steady with 96,906 units, which is a nearly 25 percent year-to-date improvement. Oh, and Ford is just absolutely crushing everyone with 173,358 units sold. So it goes. 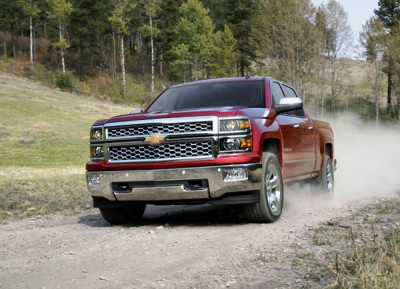 “The 1980s called. They want their marketing strategy back. It’s really easy to deeply discount your truck, mine the subprime market and offer cheap lease deals to buy market share.”

Okay, hold up. Given today’s date, my immediate reaction is to take this quote with a tremendous grain of salt. I mean, sure, Ram beating Silverado is plausible—after all, it’s not like GM is doing much these days to inspire confidence in buyers. But is this seriously a thing that was said by someone affiliated with this company? This juvenile retort cannot possibly have come from someone on the GM payroll. If it did, Jim Cain should be on the cutting block along with anyone who knew about the problems plaguing vehicles like the Cobalt and ION.

Automotive News notes that Silverado’s slip to third place was likely facilitated by the end-of-month stop-sale order on 2014 models that may suffer from a potential transmission fluid line leak that could lead to a fire similar to the one seen by a couple test driving the Silverado in Anaheim.

Gee, you mean GM lost ground against competitors because its vehicles are unsafe? Imagine that.

Drop back by The News Wheel as the week rolls on for more information on March sales figures from all major automakers.