Ram Shoots for Largest Parade of Pickup Trucks Next Month 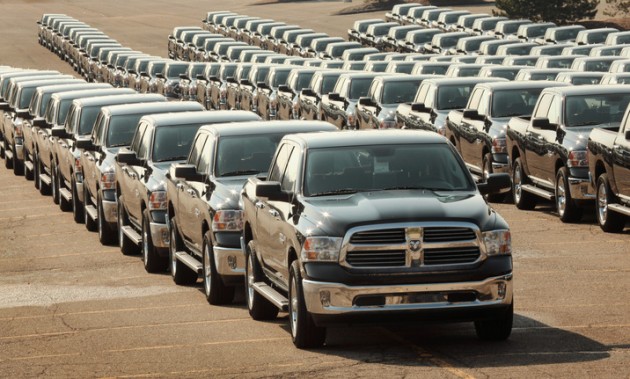 Ram shoots for largest parade of pickup trucks next month

Ahead of the 2015 Academy of Country Music Awards next month, Ram will be attempting to break the Guinness World Record for the largest parade of pickup trucks, formed exclusively with Ram pickups. Ram is, of course, the “Official Truck” of the Academy of Country Music Awards and has been for the five previous years; the brand’s parade will mark the 50th anniversary of the ACM Awards. The awards will be held on Sunday, April 19th, at 8pm Eastern Time on CBS at AT&T Stadium in Arlington, Texas. The parade will occur the day before, on Saturday, April 18th, also at the stadium.

The truck maker is hoping to fill up 500 slots in total for what it is calling the “Ram Truck Round-Up” parade. To ensure those who sign up to participate actually show up, Ram is requiring a $50 deposit be made to register (which can be done online), which will be refunded in full to participants who actually check in at the event. Those who register and participate will receive two tickets for the ACM Party for a Cause Festival, which will include live performances by a number of country artists.

Check-in time for what Ram is hoping to be the largest parade of pickup trucks ever accomplished will be held from 7:30 – 10:00am Central time the day of the event. If you sign up, be sure to bring a photo ID establishing that you are at least 16 and that you’re the same person who made the original $50 deposit. And if you get there early enough, there will be a free breakfast available, and if you don’t like free breakfast, well then you just might not be a true American.

Participants will also get to see the Raminator monster truck (which recently broke another world record) up close and personal and meet the nine-time Monster Truck Racing Association Driver of the Year, Mark Hall.