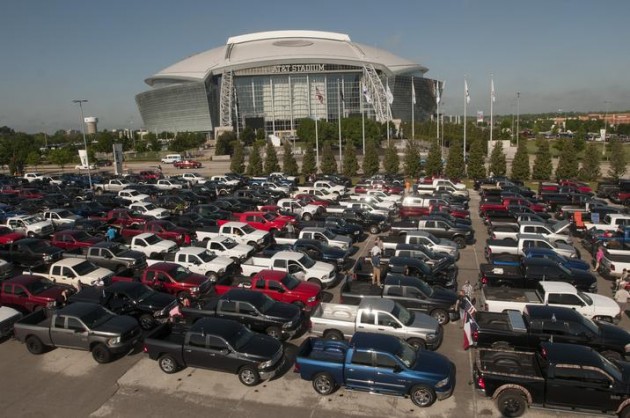 Last month, we announced that Ram Trucks was aiming to set the record for the longest parade of pickup trucks ahead of the 2015 Academy of Country Music Awards. Over the weekend, Ram accomplished that goal. 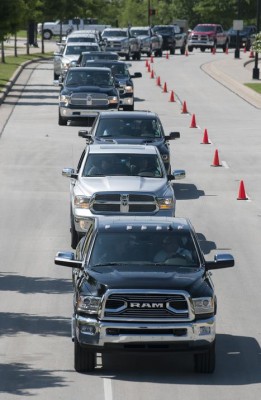 The event was called the Ram Truck Round-Up, and Guinness World Records was there to verify the victory. In total, 451 Ram pickups participated in the parade, beating out the previous world record of 438 pickups.

The parade started on the east side of AT&T Stadium, where the Academy of Country Music Awards show was being held on Sunday. The parade then continued 3.2 miles around the stadium and the Globe Life Park grounds, which are directly next to the stadium in Arlington. The Ram Truck Round-Up commemorated the 50th anniversary of the awards, for which Ram is the “Official Truck.”

“Our hard-working Ram truck owners are passionate and loyal, and today they proved once again that everything is always bigger in Texas,” said Robert Hegbloom, President and Chief Executive Officer of Ram Truck Brand, on the day of the event. “Ram is the fastest growing truck brand in Texas, where trucks are king, and it was great to see 451 Ram owners travel far and wide for this once-in-a-lifetime opportunity to be a part of a special record-breaking rally and pickup parade.”