Three Classic Ferrari Cars Will Be Featured in F1 2017 Game 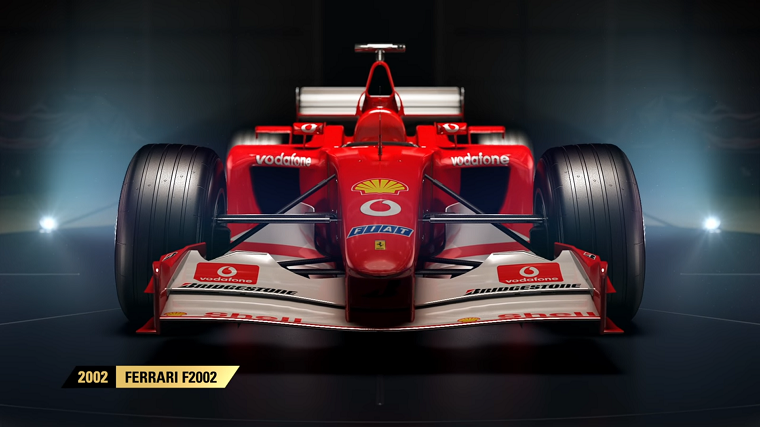 Codemasters has announced three more classic cars will be featured in its upcoming Formula One game, this time it’s all Ferraris. F1 2017 will be the first game since F1 2013 to feature old-school tracks and cars rather than just current-year content, which is likely to help boost the game’s popularity (F1 2013 remains to this day one of the most recommended installments of the franchise). The latest version will be released on August 25th on PC, PS4, and Xbox One.

Designed by John Bernard and raced by Gerhard Berger and Jean Alesi, the Ferrari 412 T2 competed in the 1995 Formula One World Championship. It was far from Ferrari’s most successful car. Though an improvement from the previous 412 T1, the T2 only has a single win to its name and finished third in the constructor’s championship.

Arguably the most successful Ferrari race car of all time and certainly one of the most successful F1 cars of all time, the F2002 designed by Ross Brawn and Rory Byrne was used in both 2002 and 2003, winning 15 races out of the 19 in which it competed. Michael Schumacher claimed 11 of those wins and Rubens Barrichello the remaining four. The car never failed to finish on the podium in 2002.

The Ferrari F2007 was the last Ferrari to win a driver’s championship and the penultimate to win a constructor’s championship. After a difficult mid season, Kimi Räikkönen came back from behind to win the championship by a single point. Alongside Felipe Massa, the two drivers would race the F2007 to a combined nine victories and 21 podiums.