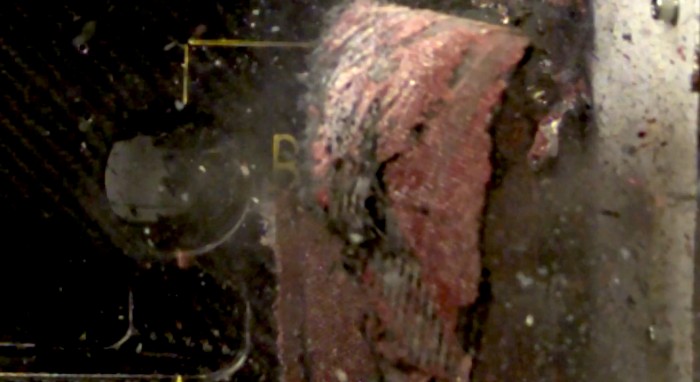 While the talk in regards to Nissan and the Le Mans 24 today largely centers around the announcement that next year’s race will see the return of a GT-R, let’s not forget that this year’s Le Mans 24 Hours will mark the debut of the endlessly interesting ZEOD RC. In order to help get the revolutionary electric race car ready for the track and meet the rigorous FIA qualifications, Nissan put the ZEOD RC through its paces, including smashing it up but good in a crash test.

Because Nissan understands that we are masochists who love to watch things get shredded in slow motion/lovers of classical music, they have made available the following video of the ZEOD RC crash test process. Come for the almost beautiful manner in which the carbon fiber nose gets ripped asunder, stay for the beautiful strains of the “Moonlight Sonata.”

Horrifying and beautiful all at the same time. Also, it kind of makes us want to dig out our old Playstations and pop in Resident Evil.

In an additional video, Ben Bowlby, Director of Motorsport Innovation for Nissan, explains that the ZEOD has been tested to withstand extreme conditions and situations and is as safe as any vehicle can possibly be.

Three-time Japanese Super GT champion Satoshi Motoyama and Nissan GT Academy winners Lucas Ordóñez and Wolfgang Reip will pilot the Nissan ZEOD RC out of “Garage 56” for this year’s Le Mans race. Nissan says that the ZEOD RC program will serve as a platform upon which they will build for the GT-R LM NISMO’s 2015 24 Hours of Le Mans debut.