Ladies’ Choice: How Dodge Used Gender to Sell A Car 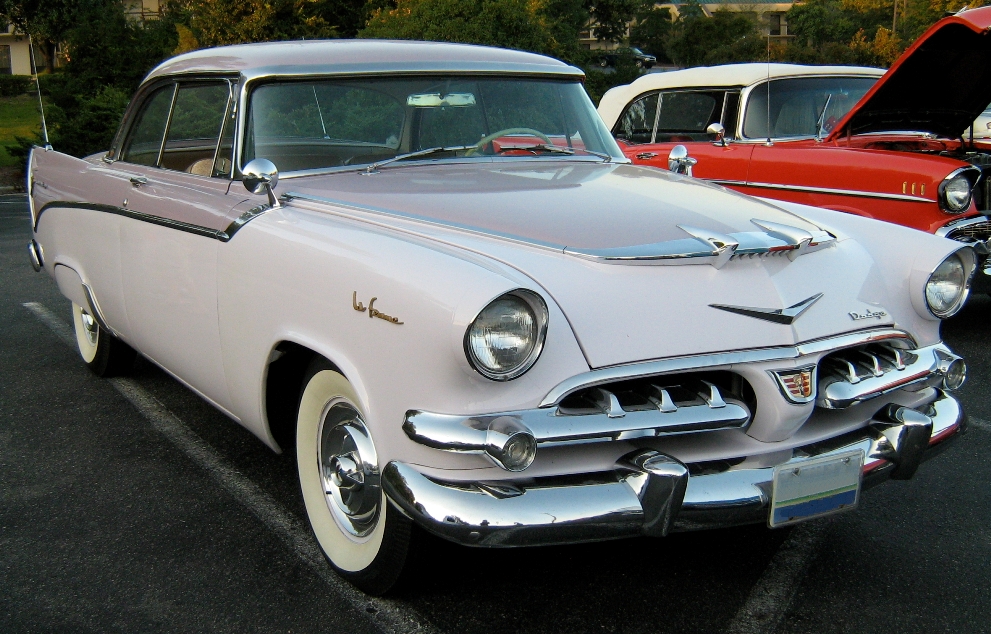 Despite popular beliefs, women are an important part of the automotive industry. A recent study has found that women play a leading role in 85% of car-buying purchases, and The News Wheel  has talked many times about what it means to be a woman in the world of cars, whether it’s as a race car driver or as a customer. To honor Women’s Equality Day, we’ll take a look at an early example of a car company trying to understand what women drivers want that is often forgotten: the Dodge La Femme.

The Dodge La Femme was built with just the ladies in mind, and was produced from 1955-1956. It was technically considered a package add-on to the Dodge Custom Royal Lancer of the day, and its exterior was a feminine two-tone pink. On the inside, there was floral tapestry fabric set in vinyl seats. As if that wasn’t enough to make the car ready for a female primary driver, the two seat back compartments were loaded with goodies. Behind the driver, the compartment held a stylish rain cape and umbrella that matched the interior. On the passenger side was actually a detachable pink leather handbag with matching lipstick, compact, comb, lighter, and other accessories. 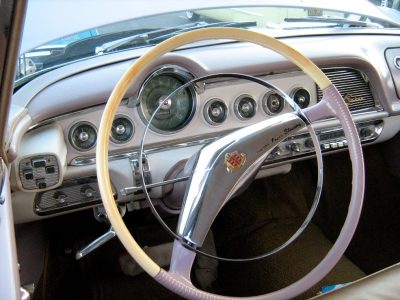 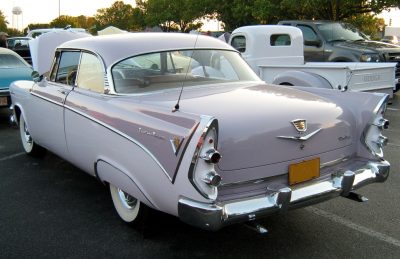 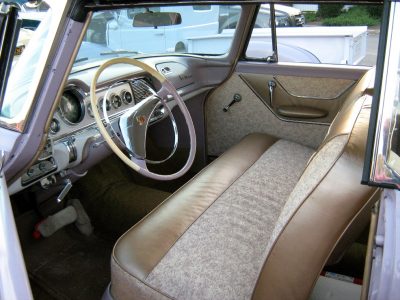 While many people might look at the Dodge La Femme and laugh at it, it’s important to note that this vehicle, released in the mid 1950s, was a car designed just for women in a period of time when cars were seen purely as a man’s domain, and was an important first step in an automaker acknowledging women as customers. A Popular Mechanics article at the time laughed at the car, saying “If Dodge starts a trend with its LaFemme [sic] hardtop, license blanks will require owners to state the sex of their car!”

Manufacturers and dealerships still have a bit to go when it comes to erasing the stigma of sexism surrounding the industry, but the Dodge La Femme is a reminder that it used to be much more difficult to be a female driver in America. At least now we can go into a dealership and order the same car as a man, and in whatever color and style we choose. Even if that color is pink.