With the help of Pennzoil and Dodge, professional stunt driver Rhys Millen takes the brand-new Demon to the mean streets of Pittsburgh

To promote the Demon, Dodge is relying on some divine intervention

The last time that Dodge and Pennzoil collaborated, auto enthusiasts were treated to a spectacle of stunts performed by one of the final production models of the Dodge Viper. The end of the short film alluded to a similar display of performance in the future, only this time with the new Dodge Demon in the spotlight.

That foreshadowing has finally come to to fruition, as Pennzoil just unleashed its “Exorcising the Demon” short film.

While the Viper may have slithered through the streets of Miami in Pennzoil’s previous installment, the 2018 Dodge Challenger SRT Demon sought surroundings that were more rough than refined.

Working with creative agency J. Walter Thompson Atlanta, Pennzoil and Dodge found the perfect place for the video’s setting: Pittsburgh. With a long-established history of steel production, the ‘Burgh was a location that the filmmakers believed to be most appropriate, symbolizing the craftsmanship that went into creating the Demon.

While the featured Demon does sport a stunning yellow and black look to match Pennzoil’s iconic color scheme, Rhett Kearsley, the senior agency producer for J. Walter Thompson Atlanta, explains that showing off a beautiful design was not the main focus of the project.

“What we’re concerned with is showing you how the oil benefits the car and gives it the ability to perform at an extremely high level,” Kearsley elaborates.

To have the Demon perform at that high level, Pennzoil and Dodge once again turned to precision driver Rhys Millen. Millen was also behind the wheel of the Viper in “The Last Viper” video.

While the pure power of the Demon might be the vehicle’s main draw, Millen still manages to show off the agility of the performance model in the short film. The Demon is constantly drifting down city streets in the video, at one point even pulling off a complete 360-degree turn. 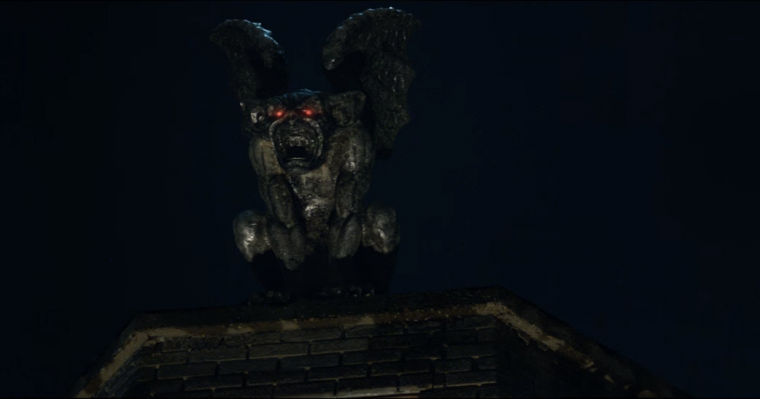 How much is it to add the available demon-summoning powers to the Dodge Demon?

The video does pepper in some rather interesting effects to make the whole ordeal more dramatic. If the film is to be believed, the Dodge Demon can shatter windows, shake bridges, and even bring monstrous gargoyles to life.

Still, the real-life stunts that the Demon manages to pull off are the main draw, and you can witness them all in the “Exorcising the Demon” film below:

Much like “The Last Viper,” “Exorcising the Demon” ends with a bit of a cliffhanger. When the mystery driver is finished with his Demon delivery, he is asked how good he is in the “Ring.”

Most likely, this message is alluding to a trip across the Atlantic to the Nürburgring Motorsports complex in Germany. Until the next installment is released, Dodge enthusiasts can only speculate on what vehicle the automaker and Pennzoil plan on bringing to the Ring.

In the interim, fans can take a behind-the-scenes look at the making of the “Exorcising the Demon” short film in the video below: