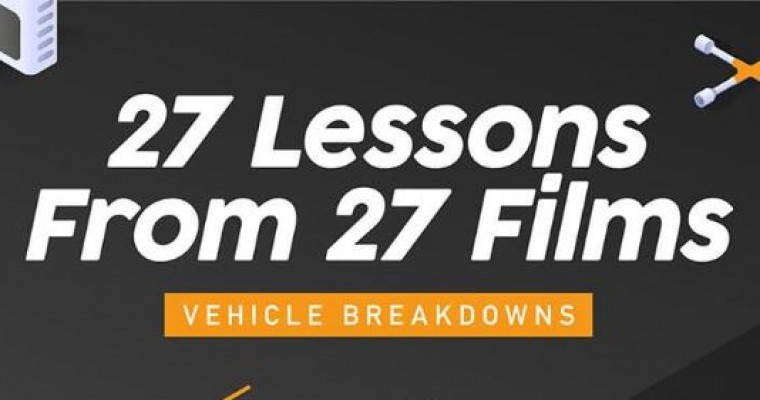 If you’ve ever broken down on the road, you’re not alone. Rather than panic when this happens to you, it’s better to prepare for the inevitable. Here are some good lessons on how to deal with vehicle breakdowns from the world of movies. Provided by Halfords Autocentre

Infographic: The 10 Best-Selling Vehicles of 2018 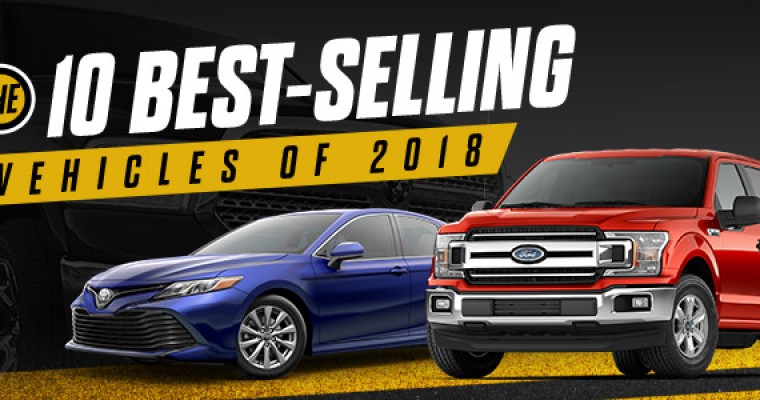 2018 represented a year of many changes for the automotive industry. As SUVs and crossovers became increasingly popular, sedans lost a lot of their market share. In fact, passenger cars reached their lowest market share in recorded history last year. Still, pickup truck models like the Chevy Silverado and Ford F-150 held on to their […] 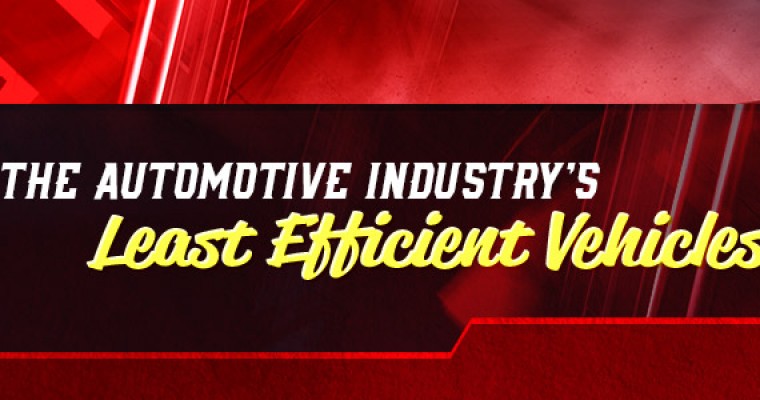 Here at The News Wheel, we’ve written plenty of articles about the automotive industry’s most efficient vehicles. After all, automakers are more than happy to share information about which of their models receive the best gas mileage. What’s discussed far less often throughout the automotive world are the industry’s least efficient vehicles. Knowing which automobiles […]

Infographic: The 10 States with the Most Remaining Drive-In Theaters 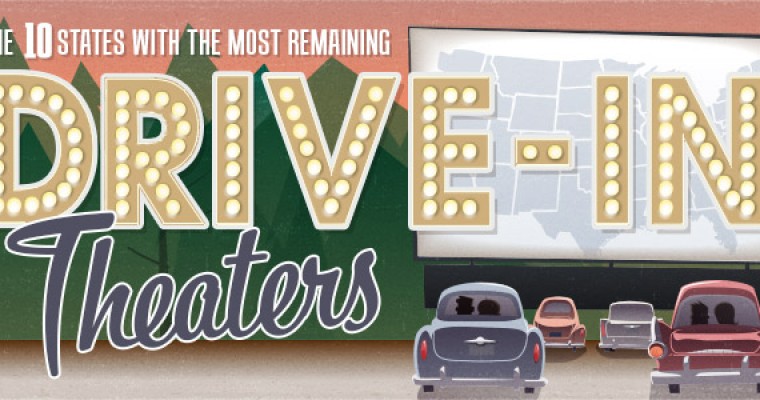 Earlier this month, The News Wheel published an article about the decline of drive-in theaters across America. During their heyday in the 1950s and 1960s, thousands of drive-in locations dotted the country. Today, it is estimated that somewhere around 330 of these outdoor theaters remain, hindered over the course of decades by emerging in-home entertainment […]

Infographic: The Many Monorails of the United States 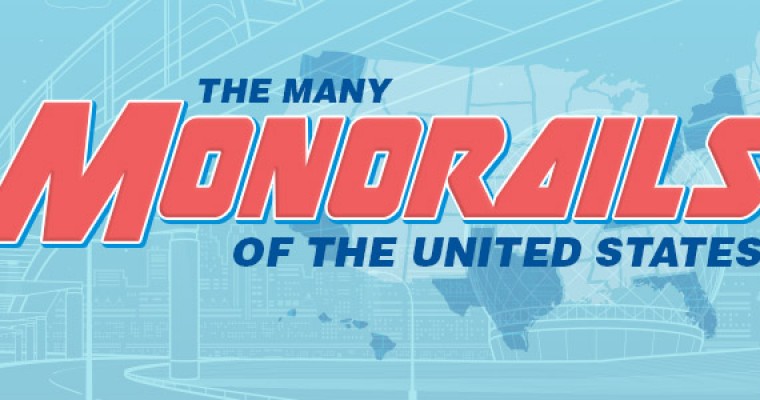 At one point in time in American history, monorails were envisioned by many as the future of public transportation. When Walt Disney introduced the monorail to American audiences at Disneyland back in 1959, the general public was excited by the prospect of monorails popping up across the country. Today, monorails are not nearly as widespread […]

Infographic: The 8 Most Affordable Eco-Friendly Vehicles 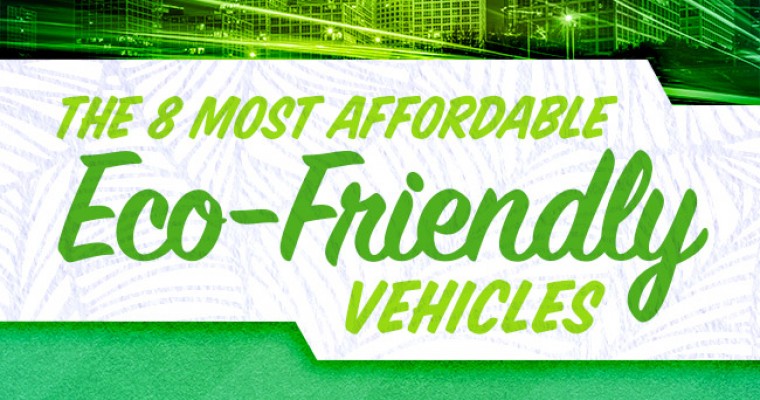 One of the major advantages of purchasing a hybrid or electric vehicle is the amount of money you’ll save thanks to its impressive fuel economy. However, with how expensive many of these eco-friendly models can be, it almost seems like that advantage is often cancelled out by a hefty initial asking price. Fortunately, as automakers have […] 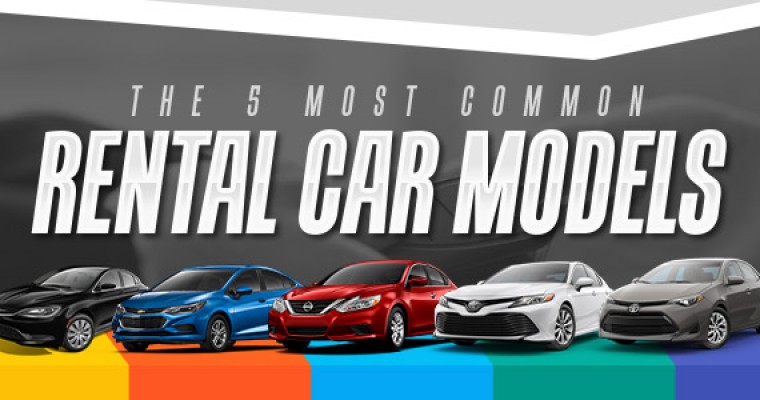 If you’re somebody who has to frequently travel for work, or just someone who likes to occasionally travel for fun, then chances are that you have had to utilize a rental car. Airports are filled with companies that will let you rent a car during your stay in almost any given city. Of course, rarely […] 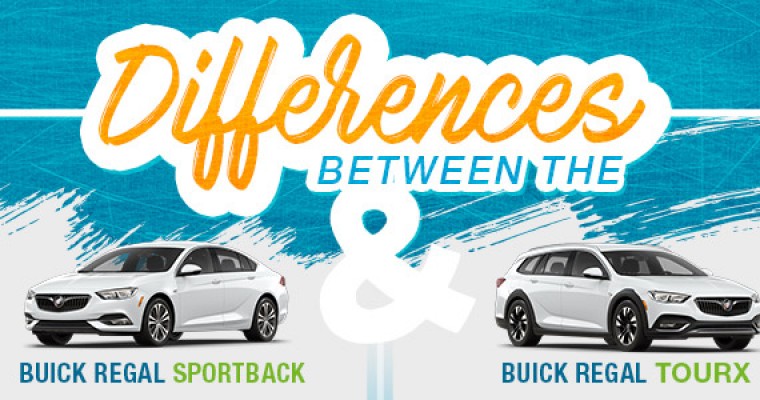 When it came time for Buick to redesign its signature Regal sedan, the automaker decided to stray from a traditional sedan body style for the vehicle. Instead, Buick introduced two new versions of the Regal for the 2018 model year: the 2018 Buick Regal Sportback, a hatchback model, and the 2018 Buick Regal TourX, a station wagon variant. […]

[INFOGRAPHIC] What To Do After a Car Accident 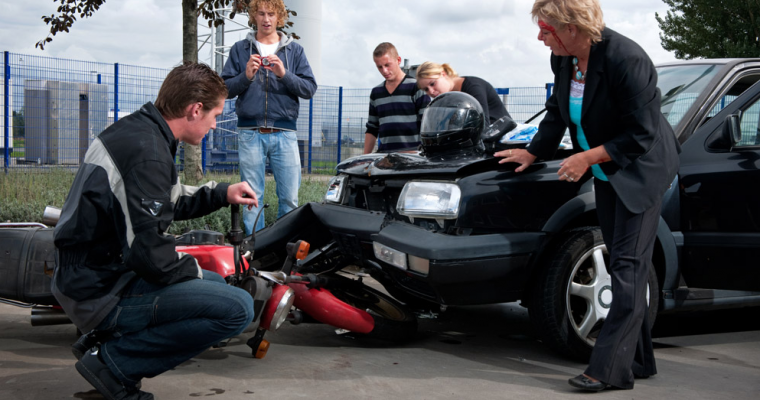 Let’s face it, car accidents can happen anytime…and they can be quite expensive. Collecting the right information and evidence is crucial to help your car insurance company determine fault and therefore issue the correct charge to the right person. At-fault drivers have to pay for the damages of their own vehicle as well as the […] 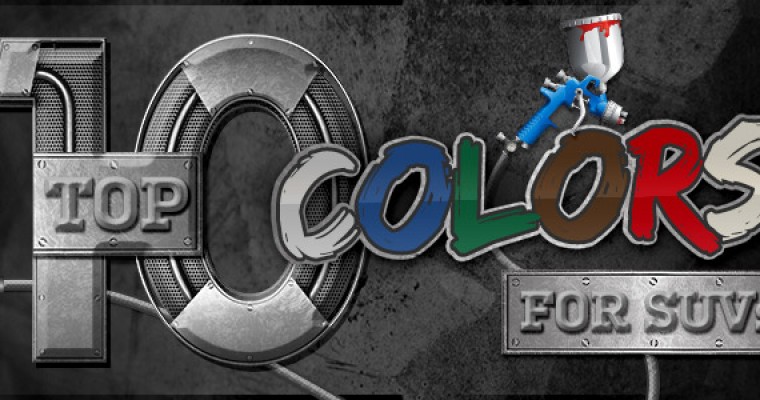 While there are a wide assortment of varying colors that cars can be in the modern automotive market, most drivers opt to stick with the same shades of white, black, and silver. In fact, white is the most popular vehicle color in the world, with 38% of drivers choosing this pigment for their cars. Still, as SUVs […]

Infographic: What Do the Mach 5’s Steering Wheel Buttons Do? 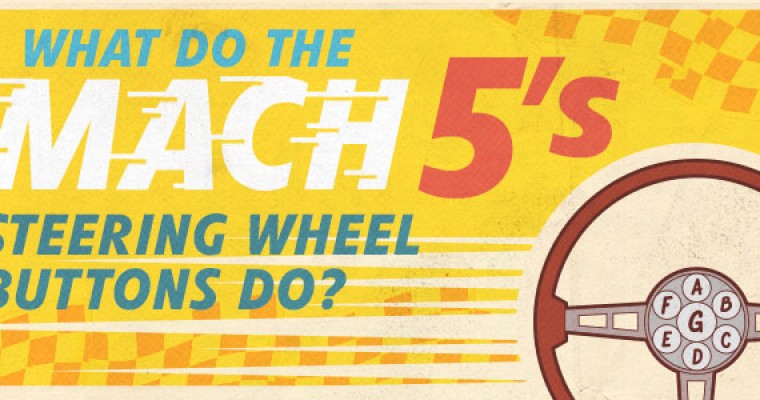 As far as fictional racecars go, few are anywhere near as iconic or cool as the Mach 5, the personal car of choice for renowned racecar driver Speed Racer, or Gō Mifune as he is known in Japan. The Speed Racer anime, which first aired on April 2, 1967, celebrates its 50th anniversary in 2017, […]

Infographic: The 12 U.S. Cities with the Most Food Trucks 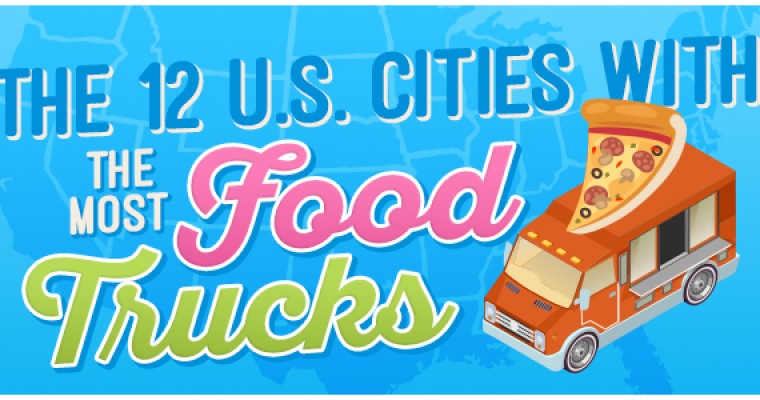 Throughout the beginning of this week, thousands of Americans will begin embarking on an exodus to reach a relative’s house in time for Thanksgiving dinner on Thursday. Once there, they will likely enjoy holiday staples, such as stuffing, pumpkin pie, and, of course, turkey. Still, while the majority of motorists will be hitting to road in […]

Infographic: How Many Pumpkins Can You Fit in a Chevy SUV? 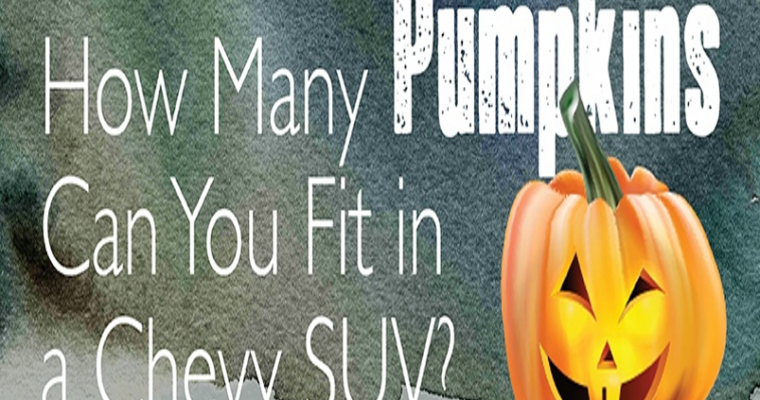 During the autumn season, some of the most common, yet cumbersome cargo you can carry are pumpkins. If you’ve got an SUV or crossover, transporting these gourds becomes a whole lot simpler. But, have you ever wondered exactly how many pumpkins your utility vehicle can carry? If this has been a question that has haunted […] 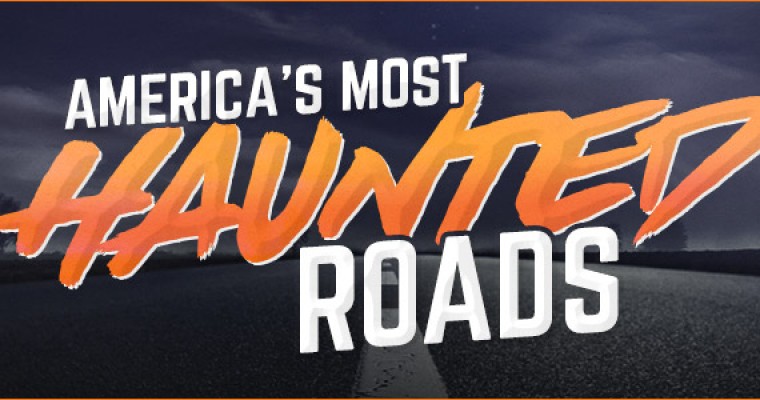 Driving down any road alone at night can be an unnerving experience for many motorists. Your eyes and ears can easily play tricks on you and the isolation can often create a sense of unease. Therefore, if you add eerie reports and stories to the equation, you have the perfect formula for becoming outright terrified! The United […] 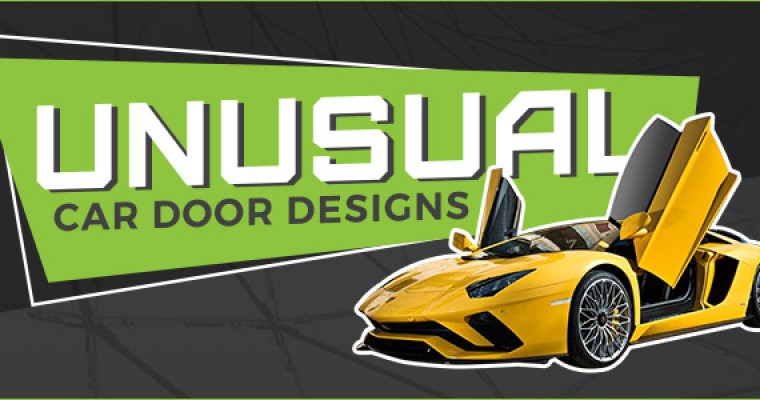 For most motorists, opening a car door to enter their vehicle is a rather banal experience. There’s nothing really noteworthy to distinguish one vehicle’s door from another’s, as most automakers utilize a uniform design. Nevertheless, for a select few vehicle owners, stepping inside an interior cabin can be made a bit more exciting by the inclusion of unusual […] 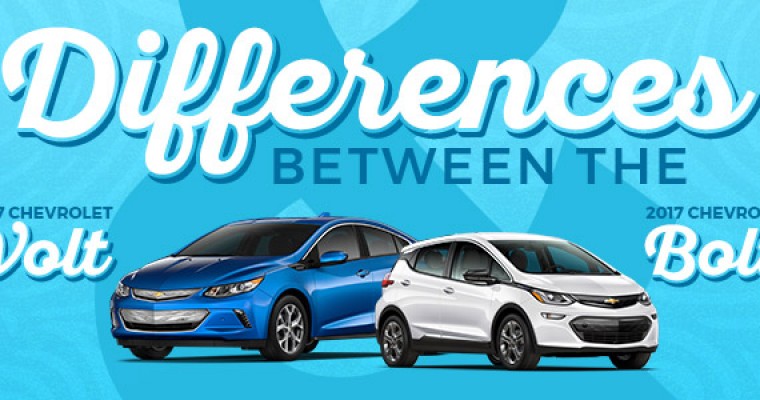 The Chevrolet Bolt EV, Chevy’s latest experiment in the realm of electric vehicles, will become available nationwide during the month of August. While the Bolt is certainly one of the most talked about vehicles on the market at the moment, drivers would be remiss not to remember Chevrolet’s iconic hybrid: the Chevrolet Volt. While the […]

Infographic: Everything You Ever Wanted to Know About RV Life 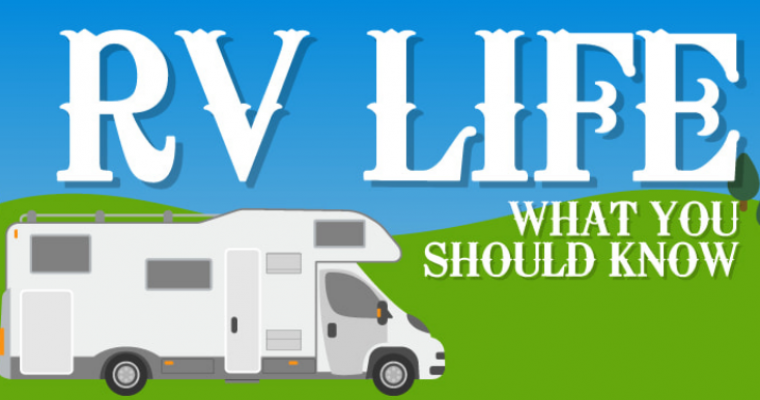 Owning an RV can make for a lifetime of memorable adventures. In a country as vast as the United States, you can easily drive your RV from one side of the country to the other multiple times, never taking the same route. If you’re curious about RV life, check out this infographic that contains some […] 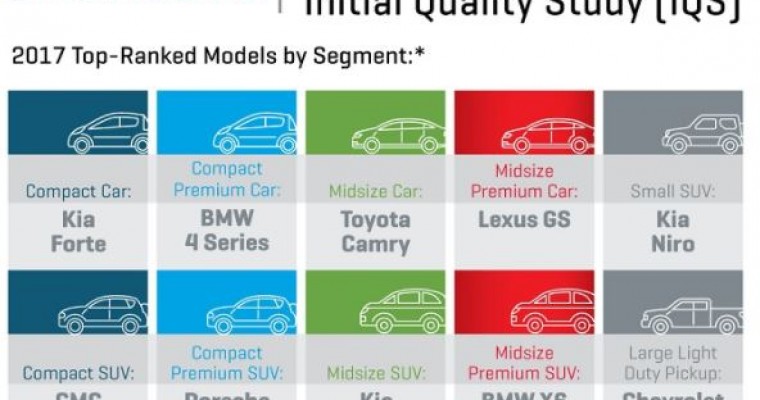 If you’re considering a new car purchase, there are many factors to take into account. Before deciding on the make and model you want, you need to figure out your list of must-haves and your budget. You also need to do plenty of research to figure out which vehicles meet your requirements, and also to […]