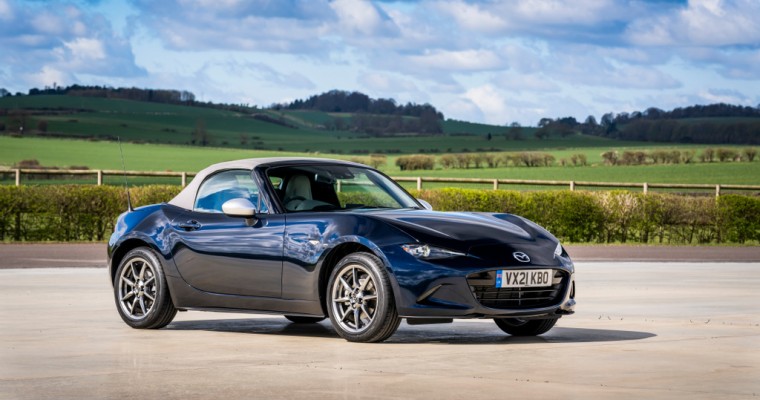 Mazda has delivered yet another special-edition Miata. This time, lucky drivers in the United Kingdom will have a chance to take home the new 2021 Mazda MX-5 Miata Sport Venture. Here’s a look at its exclusive features. Keep Your Mazda in Pristine Condition: Tips for maintaining your Mazda Athletic design The 2021 Mazda MX-5 Miata […] 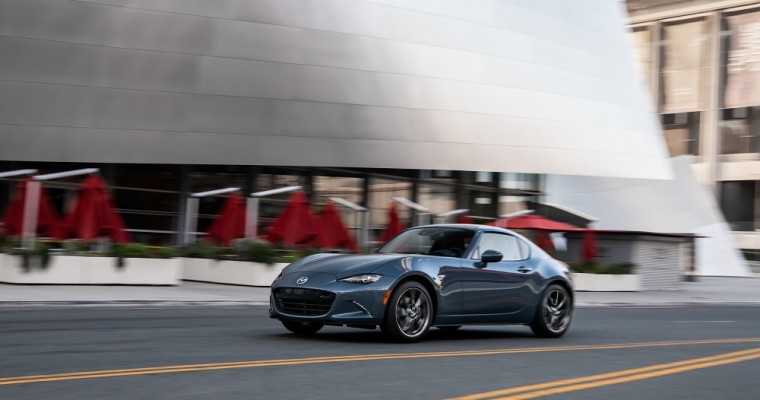 The beloved roadster is mostly unchanged except for a few technology and color updates, which is just how we like it 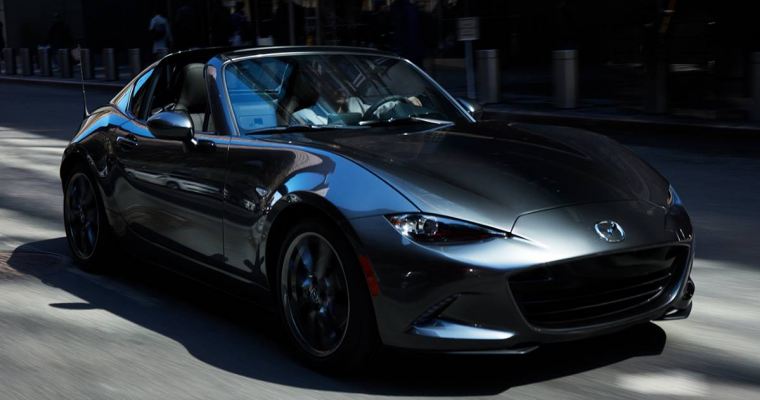 The Mazda Miata is renowned for its stunning looks and impressive power-to-weight ratio. For the 2020 model year, this modern classic gained additional safety technology and a few updates to its driving dynamics. Here’s an overview of what else the Miata has to offer. The 2020 Mazda MX-5 Miata RF is available at two trim […] The United Kingdom branch of the Mazda Motor Company has recently started taking orders for the new limited-edition MX-5 R-Sport. Although the automaker unveiled the new model in April, orders were delayed until lockdown restrictions eased. Now that U.K. dealers have begun opening their doors, drivers will have a chance to get behind the wheel […] French Mazda fans are in for a treat — the automaker is releasing a France-only limited-edition Miata, dubbed the MX-5 Eunos. Here’s a look at what makes this exclusive roadster so significant. Put Some Pep in Your Step: Shop for the 2020 Mazda Miata What’s special about the Mazda MX-5 Miata Eunos Special Edition? The […] We now know even more about the exciting updates that the Mazda MX-5 Miata will receive for the 2020 model year. Here’s a look at the latest news on this beloved roadster. A Mazda as Unique as Your Lifestyle: Tips for finding the perfect Mazda for you A smoother ride New for the 2020 model […] Although there hasn’t been much official information on the 2020 Mazda MX-5 Miata, a few updates have surfaced thanks to an order guide obtained by CarsDirect. Based on this new information, it seems that the 2020 Miata will boast new safety tech, along with mechanical upgrades on select models. Safety comes standard For the 2020 […] It’s more than a hardtop or a convertible — the cutting-edge 2020 Mazda Miata MX-5 RF brings you the best of both worlds. This retractable fastback boasts stylish design, sporty interior styling, and an updated engine for an even more dynamic driving experience. Find the Perfect Mazda Miata for You: Shop for new models What’s […] 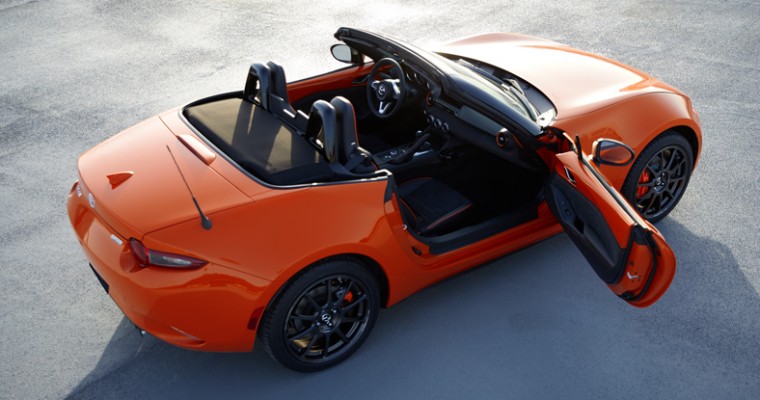 Back in February, Mazda unveiled the highly-anticipated MX-5 Miata 30th Anniversary Edition. The Racing Orange roadster was limited to 3,000 units — with only 500 of those being sold in the United States. That unleashed a frenzy of fans who snapped up all 500 within four hours of the big reveal. Luckily, Mazda is about […] Mazda’s MX-5 Cup Racing series, being comprised of cars making just 181 horsepower, tends to offer very competitive racing, but even in that context, 0.06 seconds is a spectacularly close winning margin. Livestreamed for free on Saturday, the inaugural race of the MX-5 Cup season took place at the Circuit of the Americas, where track […] 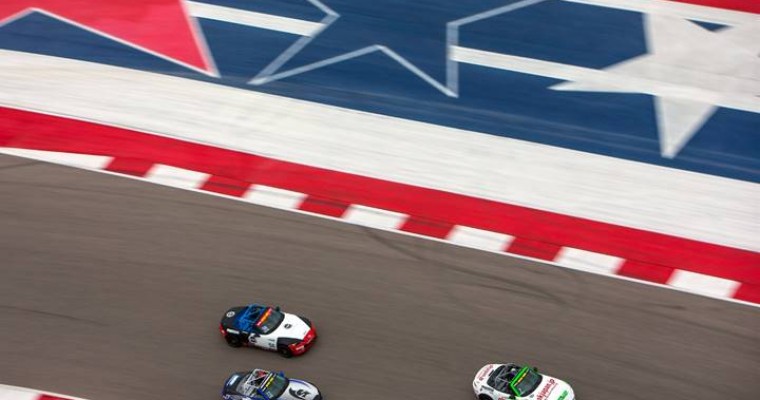 It’s an exciting time to be a fan of Mazda Motorsports. The Global MX-5 Cup season opener will be held at the Racetrack of the Americas in Austin, Texas. If you want to re-live the action, or your schedule is tied up, you can catch both races after they air live at the official Mazda […] 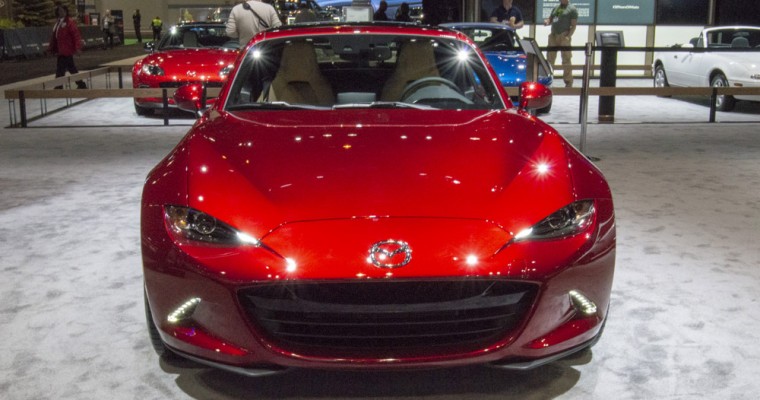 The 2019 Mazda MX-5 Miata repeats its dominance as Top Convertible as it takes home the Drivers’ Choice Award from the experts at MotorWeek. Learn More: How to calculate the value of your trade-in “For Mazda’s bargain throwback roadster, this is nothing new, having won our award numerous times before, including last year when they […] This week in the Windy City, Mazda revealed the much-anticipated MX-5 Miata 30th Anniversary Edition, and we were not disappointed. Masahiro Moro, president and CEO of Mazda North American Operations, was proud to head Mazda’s conference at the 2019 Chicago Auto Show where the special edition of the Miata was announced. “It would have been […] 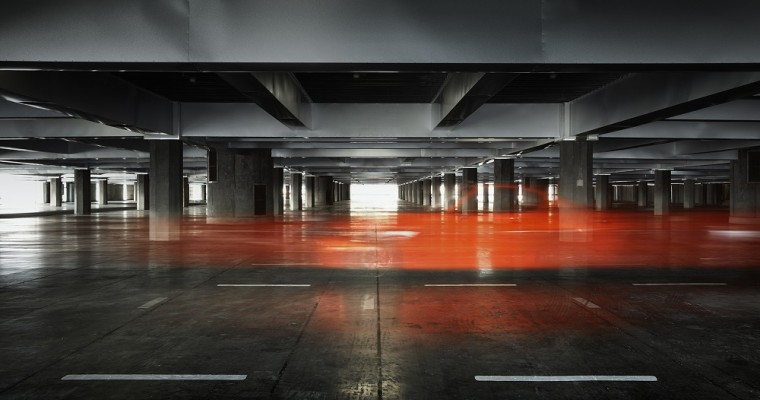 The 2019 Chicago Auto Show is just around the corner, with the press getting a sneak peek on Feb.7-8 before the general public arrives on the weekend. During those media days, Mazda plans to unveil the 30th anniversary MX-5 Miata. Up For Discussion: Mazda announces the return of rotary engines A brief history of the […] 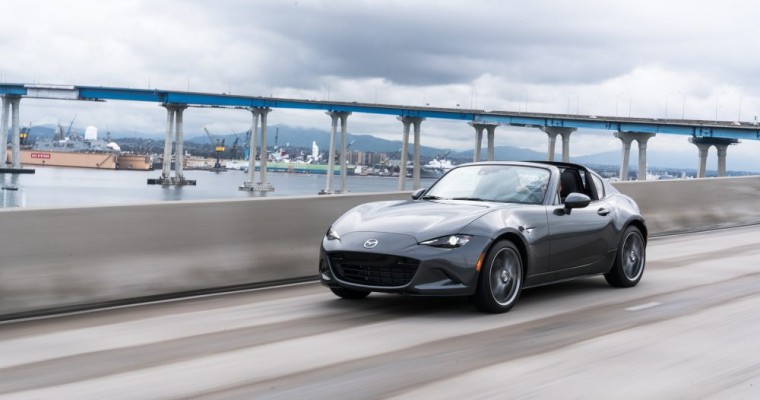 The 2019 Mazda MX-5 Miata RF will arrive at U.S. dealerships late next month, carrying a slightly increased starting price to accommodate for its many improvements. Mazda announced on Monday that the hardtop Miata will carry a starting MSRP of $32,345 for the SKYACTIV-MT transmission-equipped MX-5 Club, up $435 from the starting price of […] Finally, the rumors can be put to rest. The iconic Mazda MX-5 Miata is back, and this little roadster is not so little anymore, officially bringing more power, more designs, and more safety features to 2019. The first in a long list of updates is the engine. Using the same MX-5 SKYACTIV®-G 2.0-liter engine as […]