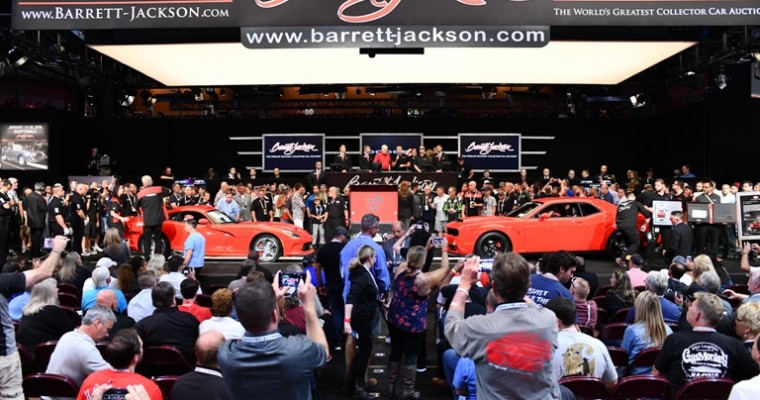 Back in April, The News Wheel reported that Fiat Chrysler Automobiles was preparing to auction off the final Dodge Viper and Dodge Demon together during the Barrett-Jackson Northeast Auction in Uncasville, Connecticut. That auction-based Barrett-Jackson event recently wrapped up last week on June 23. So how much did the “Ultimate Last Chance” duo of the Viper and Demon […] 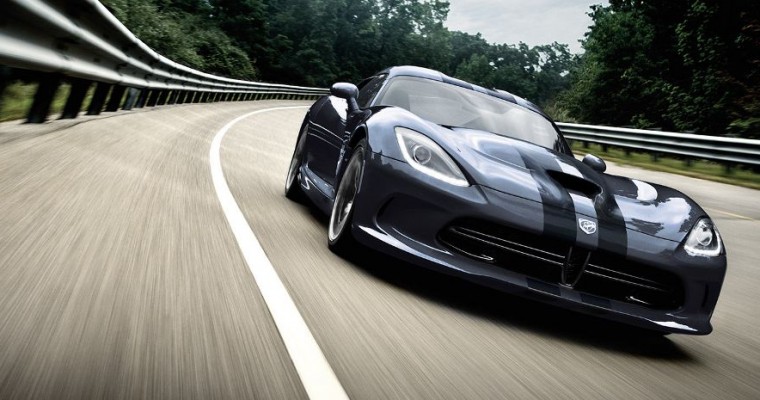 Reports of the Viper's return were evidently premature, as FCA has no plans in place to revive the performance model

Early last week, rumors emerged of a new generation of Dodge Viper vehicles. For automotive enthusiasts, this news sounded too good to be true. Evidently, that is exactly the case. Fiat Chrysler’s CEO Sergio Marchionne recently dismissed the rumors of a new Dodge Viper. The Send-Off for a Performance Legend: 2017 Dodge Viper Special Editions celebrate […]

Is Dodge Already Planning to Revive the Viper? 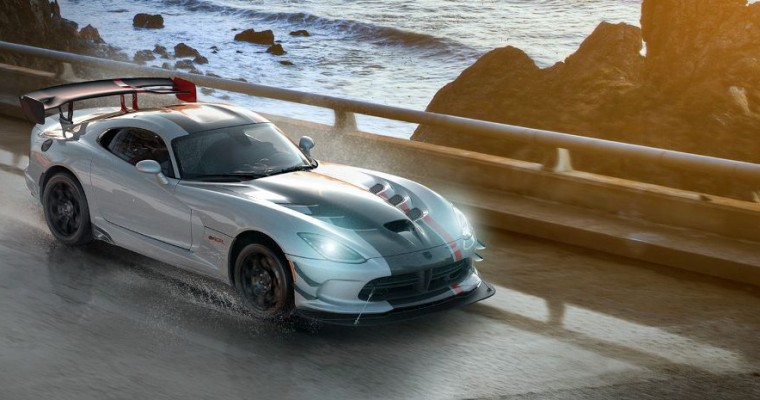 New reports suggest that the Dodge Viper may be getting a new iteration for the 2021 model year, albeit without its iconic V-10 engine

It hasn’t even been a full year since production of the legendary Dodge Viper came to an end. Nevertheless, new reports suggest that the Viper could be granted a new lease on life far sooner than expected. Car and Driver reports that a new generation of Dodge Viper vehicles will arrive sometime around 2021. After […] 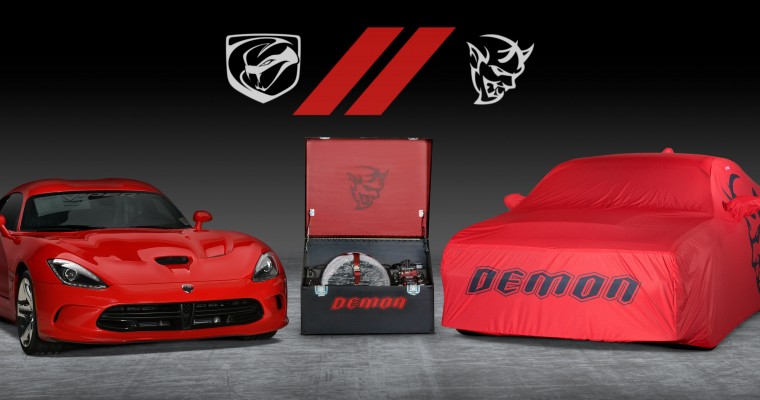 Automotive enthusiasts around the world mourned the loss of the Dodge Viper after learning that Fiat Chrysler Automobiles was ending production of the performance vehicle following the 2017 model year. While another of FCA’s performance-based cars, the 2018 Dodge Challenger SRT Demon, did build some major excitement last year, very few of those enthusiasts were able to […] 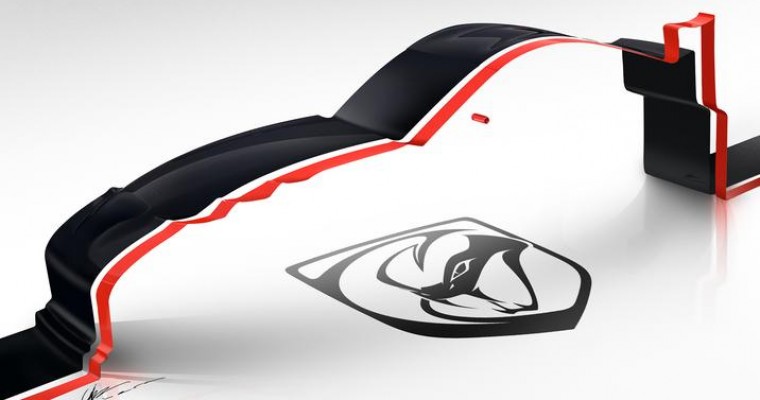 From now until April 13, auto enthusiasts have the opportunity to purchase a piece of Viper history while helping out a worthy cause

At the end of August last year, FCA officially shut down production of the Dodge Viper, leading to the model’s discontinuation. Nevertheless, the legacy of the Viper lives on through the passion and enthusiasm demonstrated by its devoted fans. Now those fans have the opportunity to both own a piece of Dodge Viper history and […] 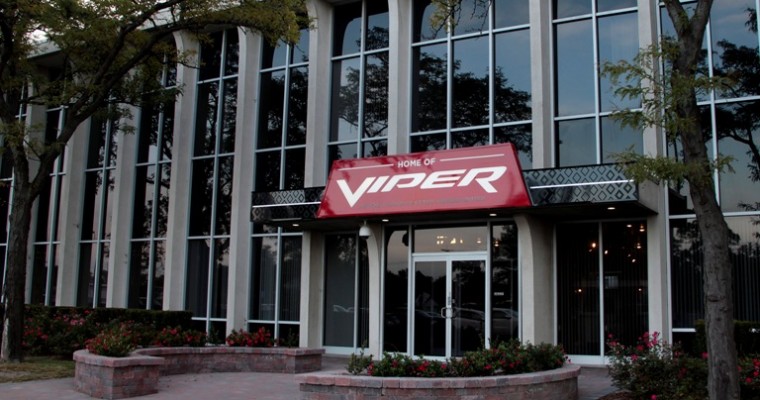 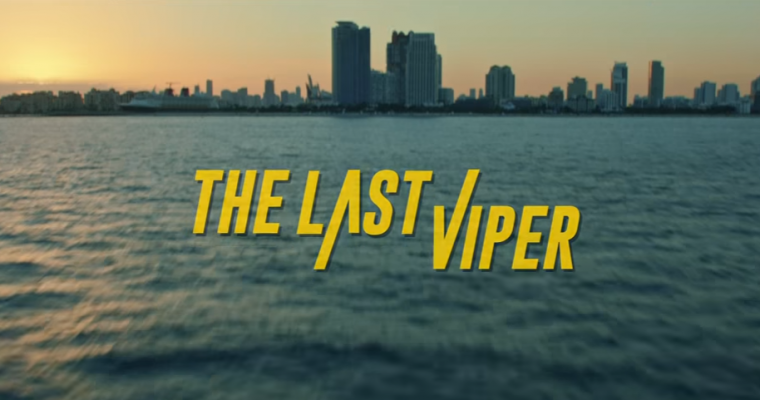 For the past 25 years, the Dodge Viper has played a critical role in the automotive world. Few other American-produced cars have even come close to setting the same performance records as the Viper. Of course, all good things must eventually come to an end, and 2017 marks the official end of the Dodge Viper. […] 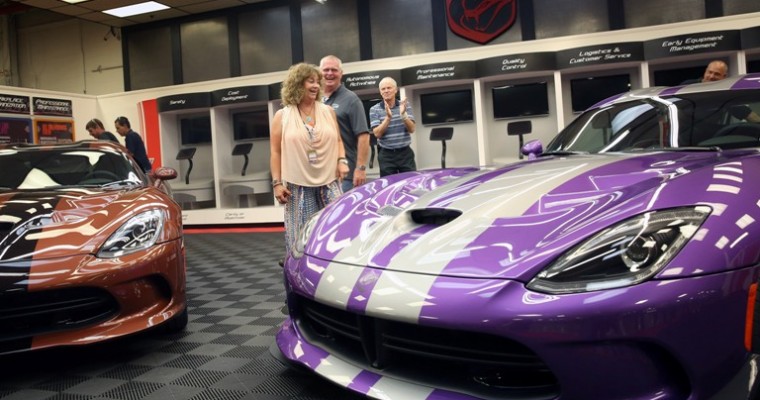 Nearly two years ago, The News Wheel wrote a story about two Texas residents with a car collection consisting of 79 Dodge Vipers. Now that production of the Dodge Viper is coming to an end, Wayne and D’Ann Rauh are ready to purchase one final Dodge Viper from the dealership. In fact, this latest Dodge Viper will […] 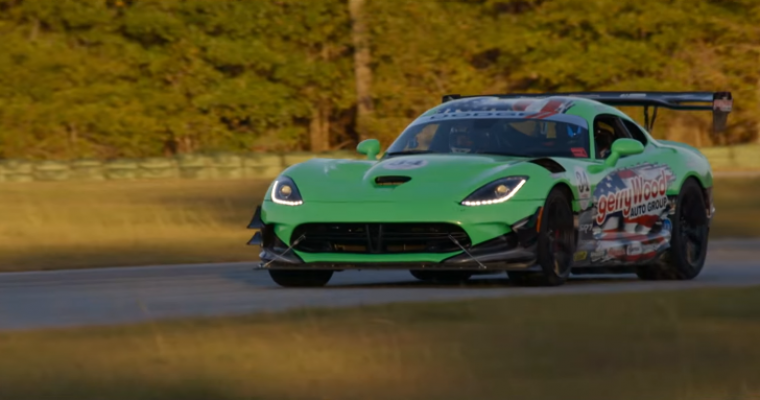 Although 2017 may mark the final chapter for the Dodge Viper, the performance vehicle seems to be going out on a high note. So far, the final generation of the Viper ACR has set 13 track records across the United States. However, with the latest announcement surrounding the Dodge Viper, that number will have to be revised to […] 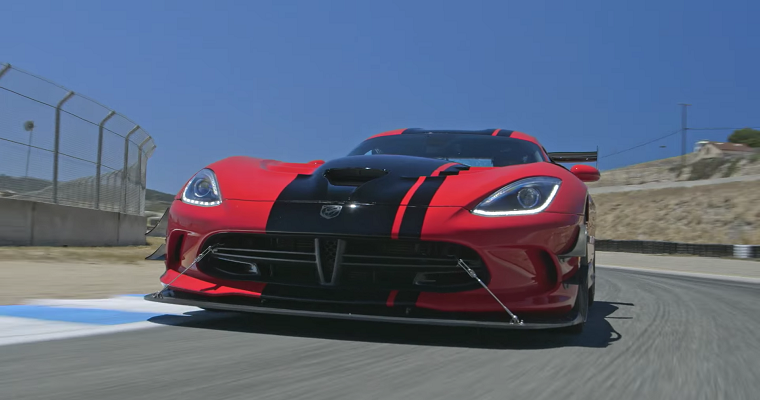 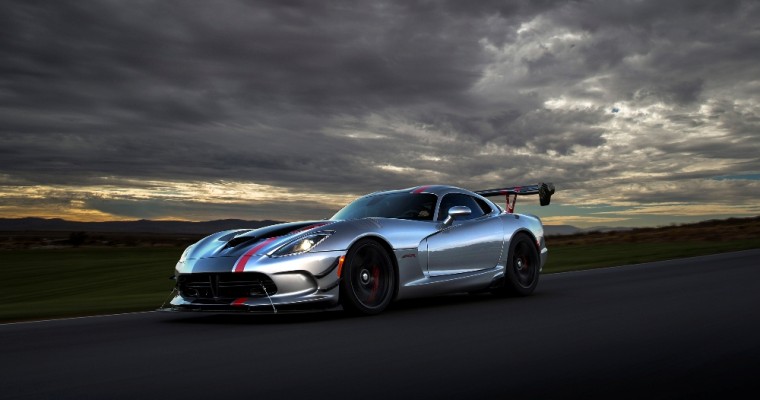 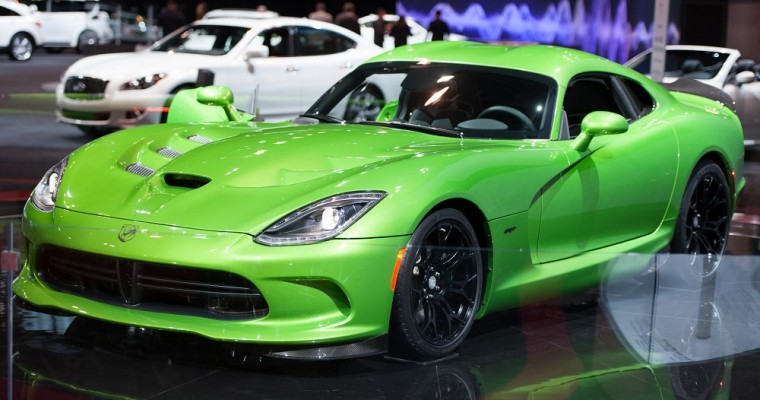 If you missed the opportunity to seal the deal on one of the last remaining 2017 Dodge Vipers that were available to the public, then worry not! Well, that is, if you wouldn’t mind a 1998 model instead and don’t mind traveling to Florida for it. Make Some Noise: This turbo charged vehicle might make […] 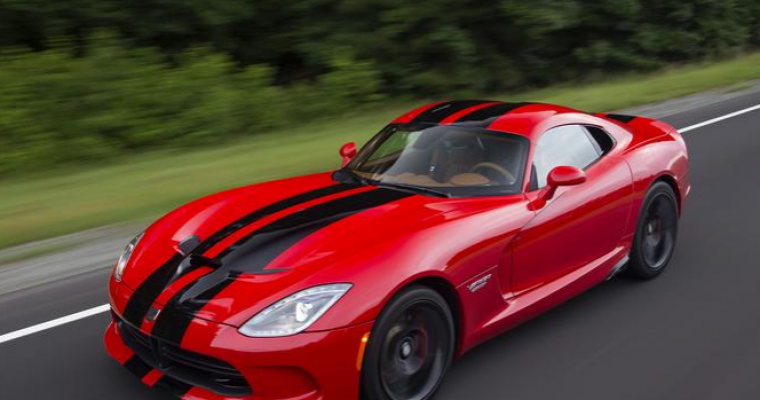 The 2017 Dodge Viper is official endangered. This iconic American-made supercar, which is getting the ax after the 2017 model year, can no longer be ordered while Fiat Chrysler Automobiles NV assesses the number of Viper models that are available for its final year of production. In a recent interview with The Detroit News, Tim […] 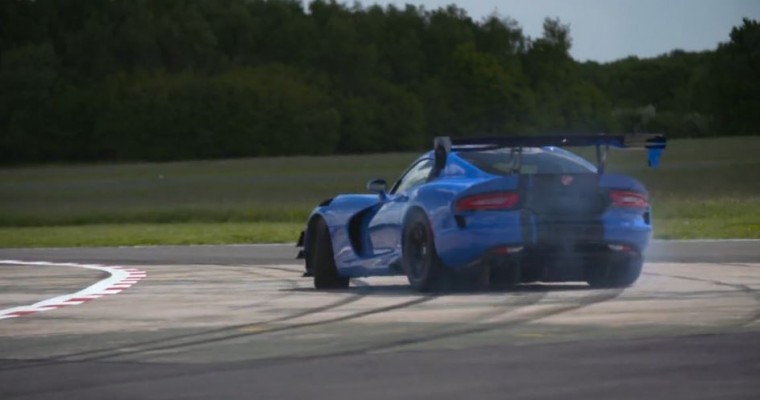 The Dodge Viper might be on its way out of the Dodge lineup, but it’s made one more person fall in love with it before it goes. In a recent video posted on TopGear.com, Chris Harris—one of the many hosts of the revamped Top Gear car show—got behind the wheel of the iconic American Dodge […]

The bells of the Dodge Viper’s final model year are ringing, and with them come the announcement of the 2017 Viper’s price. Earlier this month, Dodge revealed the pricing for the iconic American super car, and if it seems familiar, well—it’s because it’s the same as the 2016 model. For the 2017 model year, potential […] 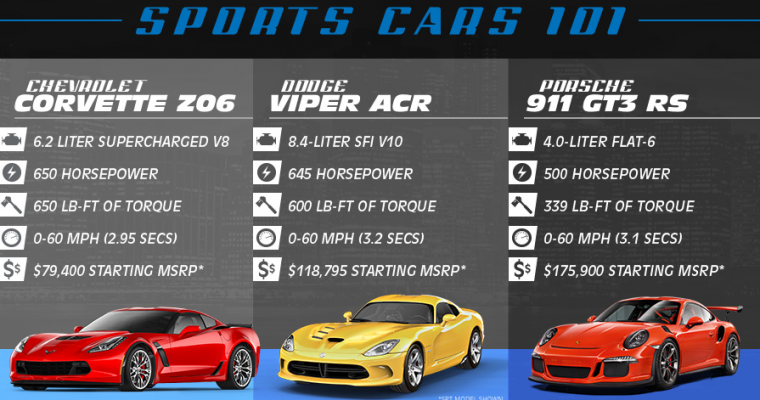 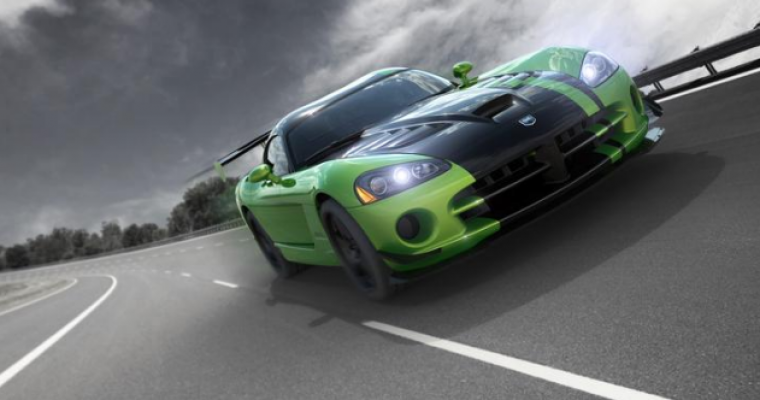 Production of the Dodge Viper might be ending, but this sports car is definitely going out with a bang. After announcing a lineup of special-edition Vipers to celebrate the car’s 25th anniversary, Dodge managed to sell out of the limited quantities within just five ordering days. A Collectible for the Future: Find out why Hagerty’s […]