FCA Teams Up with the Detroit Symphony Orchestra to Deliver Discounted Tickets to U.S. Military Personnel 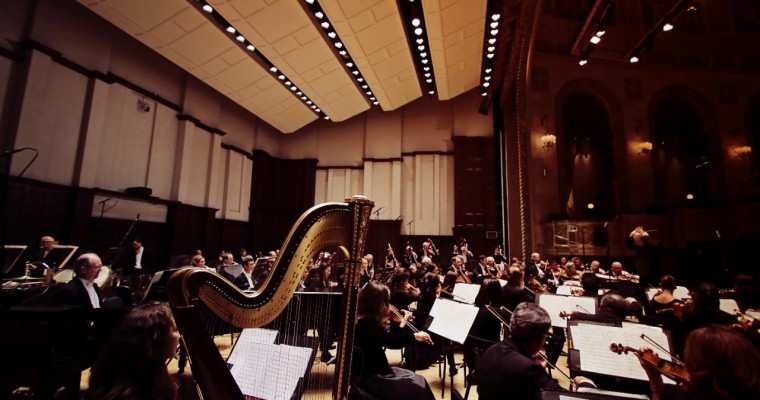 Fiat Chrysler Automobiles is constantly looking for new ways to give back to U.S. service members and their family. The automaker’s latest effort involves a partnership with the Detroit Symphony Orchestra. Together, the two organizations will offer discounted tickets to 19 concerts throughout the 2018-2019 Detroit Symphony Orchestra season. FCA Gives Back to Veterans: FCA named“Noteworthy […] 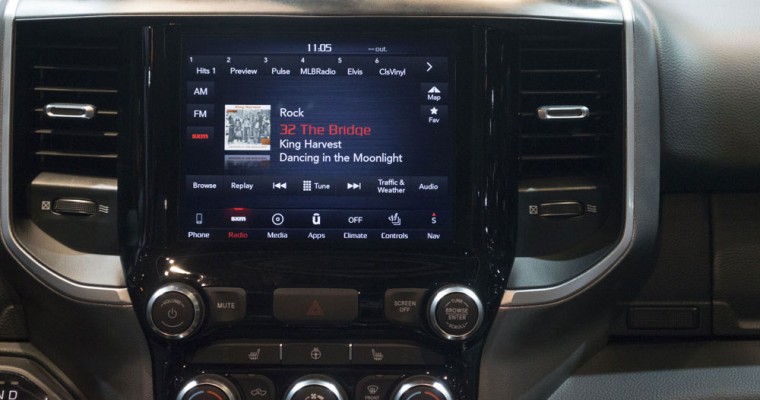 Thanks to its bevy of driver assist technology and all-encompassing 12-inch customizable, vertical touch-screen display, the all-new 2019 Ram 1500 earned a spot on WardsAuto 10 Best User Experience List. “It’s important that we pay tribute to the automakers that are focused on making it easy and enjoyable for consumers to interact with their vehicles,” […] 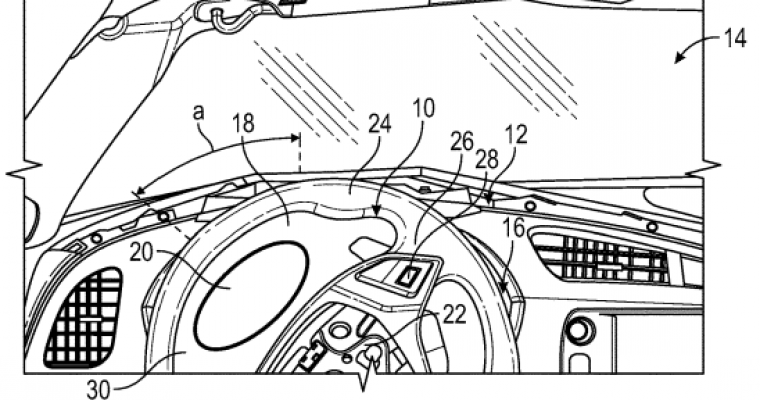 As modern steering wheels have gotten larger with the addition of airbags and other technology, a new problem has cropped up. When the steering wheel is turned, it can block a lot of the instrument panel. If a new patent application from General Motors comes to fruition, that problem will be a thing of the […] 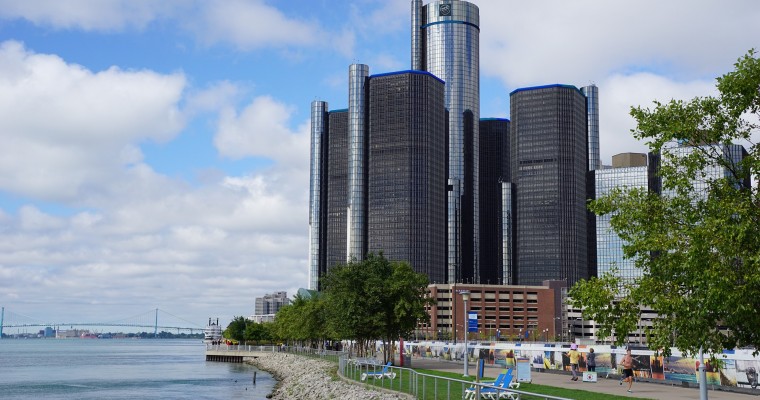 Work has officially begun on the Gordie Howe International Bridge, which faced fierce opposition during its conceptual period

U.S.-Canadian trade relations are more than a little rocky at the moment. The U.S. government recently enacted significant tariffs on Canadian steel and aluminum, and the Canadian government responded with targeted tariffs of its own. Still, trade between Canada and the U.S. hasn’t come to a complete stop. Indeed, there are actually several projects underway […] 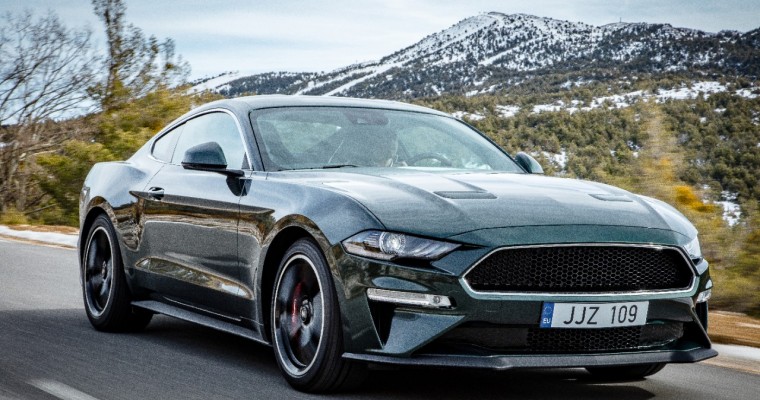 Ford to Geneva: See ya, wouldn’t wanna be ya. The Detroit automaker confirmed last week to Automotive News Europe that it will not be present at the 2019 Geneva Motor Show. Ford has traditionally used the auto show as a venue to reveal key products for the European market — Geneva this year marked the […] 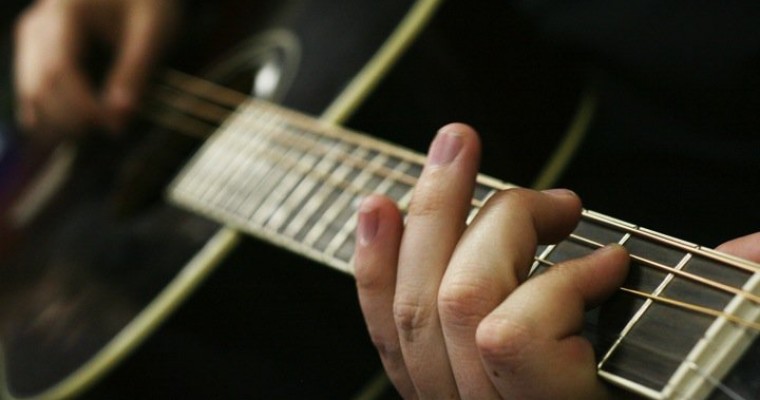 The wood, obtained from GM's Fort Wayne Assembly Plant, will be used in a line of custom guitars celebrating 100 years of Chevy truck production

Detroit is a city famous for its contributions to both the automotive and music industries. Sometimes, the citizens of Detroit even find ways to incorporate a bit automotive culture into the Motor City music scene. Take Wallace Detroit Guitars, for example. The guitar provider’s latest line of premium instruments utilizes wood salvaged from a GM […] 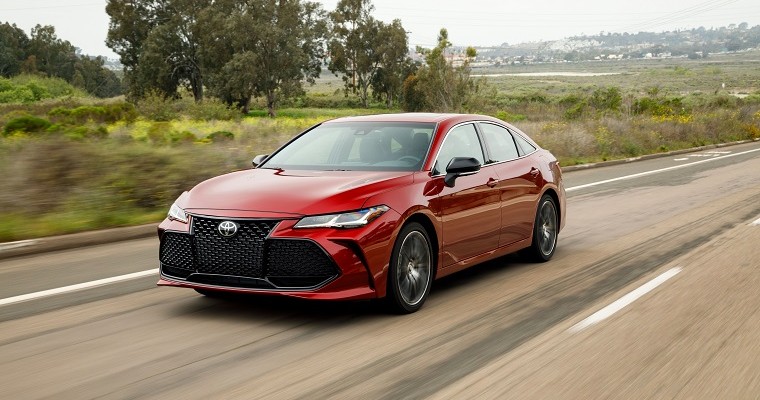 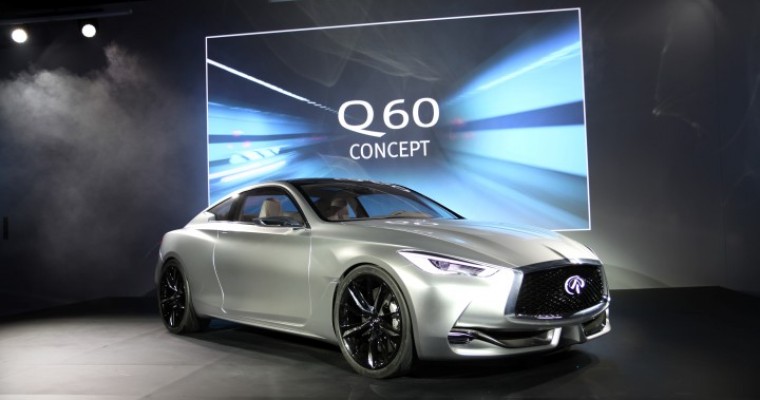 With the average price paid for new cars becoming higher with each passing month, many are worried that consumers will simply be priced out of the most popular vehicle segments At a convention in Detroit last fall, I had the privilege of attending a panel on female empowerment led by Mallory McMorrow, a candidate for the Michigan State Senate. I was captivated by the stories Mallory had to tell, including her experiences with sexism while working in the automotive industry while presenting with Mazda at […] 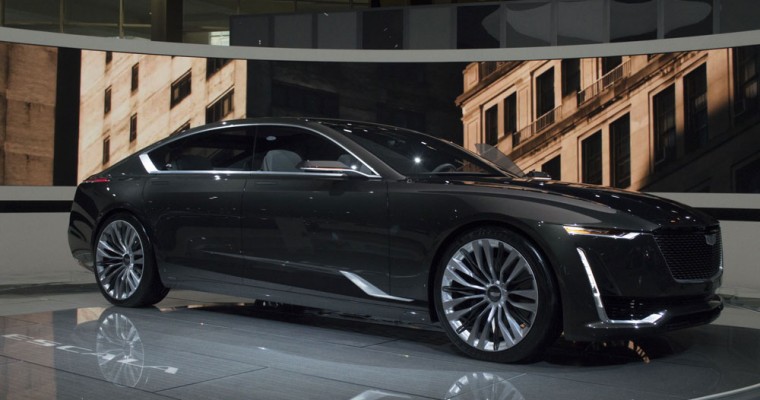 During the Chicago Auto Show’s official public run from February 10 to February 19, enthusiasts from around the Windy City got an up-close look at some of the latest and greatest vehicles from the automotive industry. Attendees even got a chance to select some of their favorite featured vehicles during the 13th consecutive Chicago Auto […] 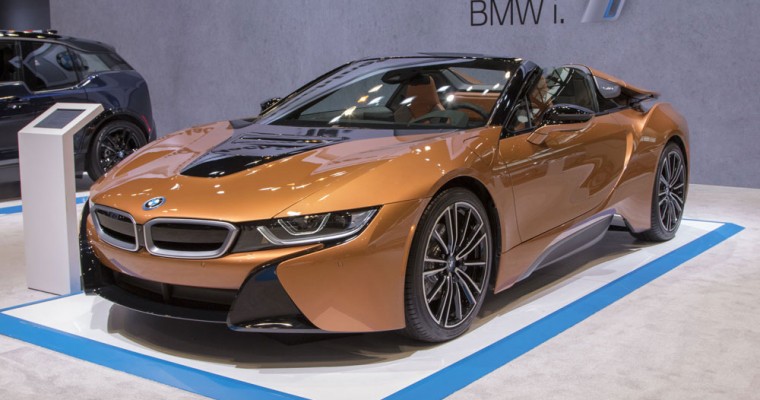 Nestled between Lincoln and INFINITI in the South Hall of McCormick Place, BMW had practically every car in its lineup on display at the 2018 Chicago Auto Show. Classic BMWs like the various numbered Series vehicles were there, but most visitors were excited about the presence of the 2019 BMW i8 Roadster. The plug-in vehicle—placed […] 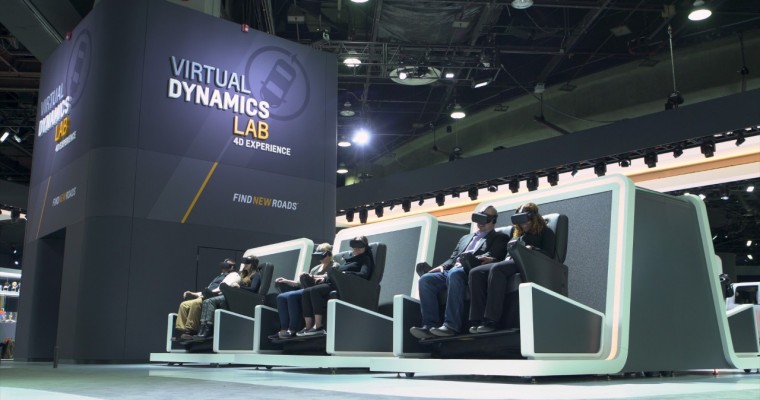 Prior to this year’s North American International Auto Show, Chevrolet announced a new virtual reality interactive exhibit that would make its way to Detroit. Called the Chevrolet Virtual Dynamics Lab 4-D Experience, the virtual reality (VR) system puts you in the passenger’s seat of a Chevrolet Camaro as it drives through various terrains. As we […] 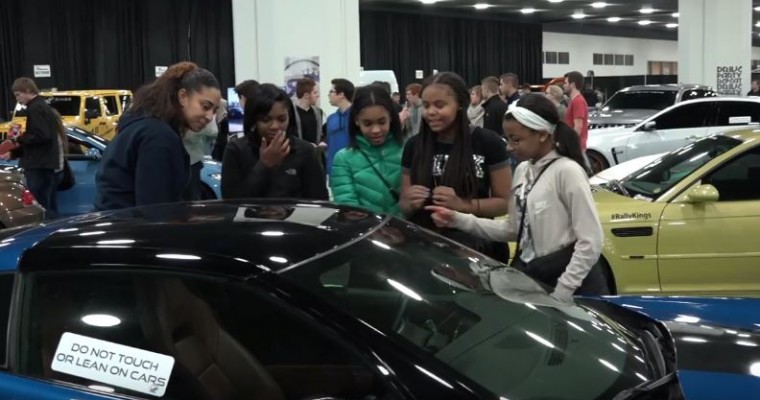 While many attendees of the Detroit Auto Show are anticipating their favorite brand’s debuts for 2018, some attendees are counting down to Education Day that will be held on Wednesday, January 24th. Each year, the North American International Auto Show (NAIAS) invites Michigan students to spend a day browsing the displays and learning about the latest advances […] 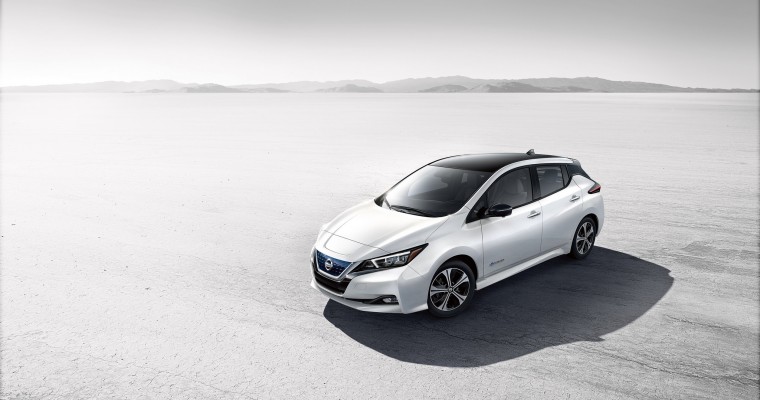 Beating out nine competitors, Nissan’s sales-leading all electric vehicle, the Nissan Leaf, has been named the 2018 FIPA Green Car of the Year. The inaugural title from the Inter-American Federation of Automobile Journalists (FIPA) was announced at the North American International Auto Show, currently underway in Detroit. “This award is a clear example of Nissan’s […] 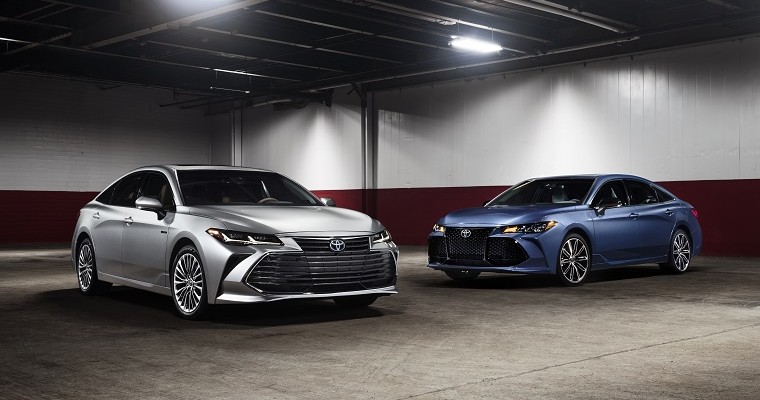 As full-size sedan sales decline, the 2019 Toyota Avalon makes a fresh case for reversing that trend. A year after rolling out the all-new Camry, Toyota has finally taken the wraps off the all-new Avalon at the North American International Auto Show in Detroit—and boy, it’s a doozy. The new Avalon is, perhaps in response […] 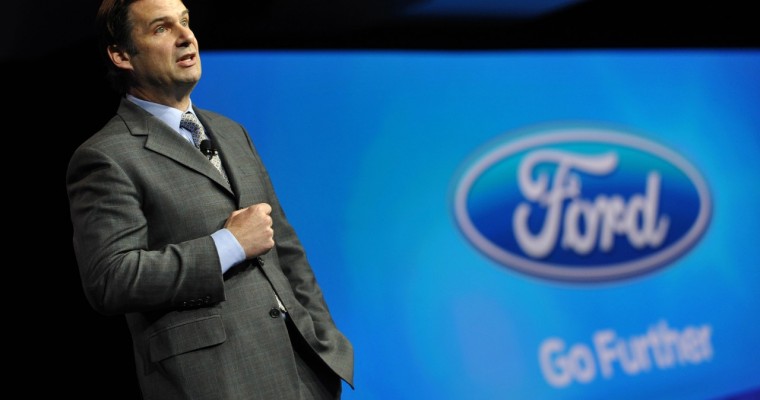 Back in October, newly-appointed Ford Motor Company CEO Jim Hackett issued his vision for the company’s future, insinuating the importance of what he termed as “operational fitness.” Today, company officials speaking at the Deutsche Bank Global Auto Industry Conference in Detroit spoke a bit more on just what that means. “In 2017, F-Series extended its […] 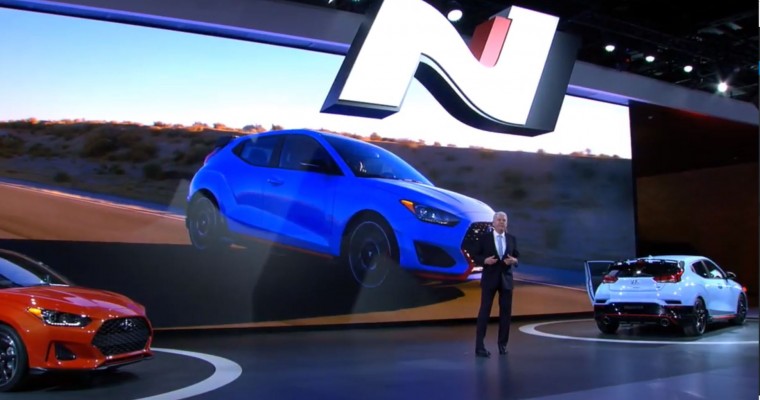 For those gathered at Hyundai’s press conference at the 2018 North American Auto Show, the reveal of the next-generation 2019 Veloster was anticipated. The automaker had already publicized its plan to unveil the refreshed look of its asymmetrical sports hatchback, intending to stir up more interested in the underrated model. What attendees didn’t expect was […]

Automakers Invest in Luxury Trucks as the Segment Rapidly Grows 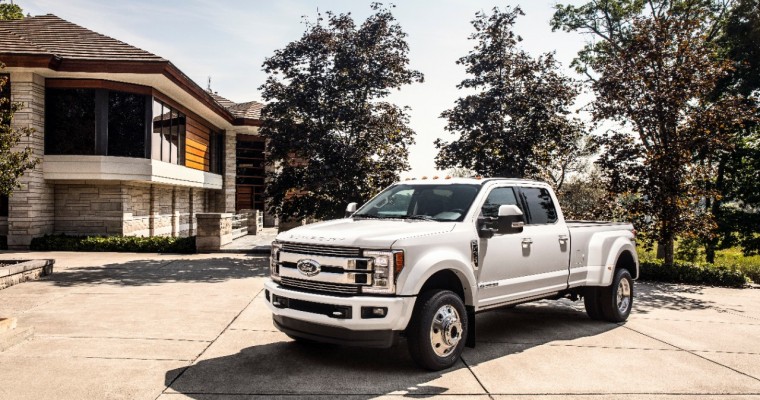 When most motorists envision a luxury vehicle, a sophisticated sedan or SUV probably comes to mind. The automotive world is changing, however, and one of the biggest changes involves the rise of a new refined ride: the luxury truck. As 2018 approaches, automakers are likely to place even more emphasis on luxury trucks than ever before. […]