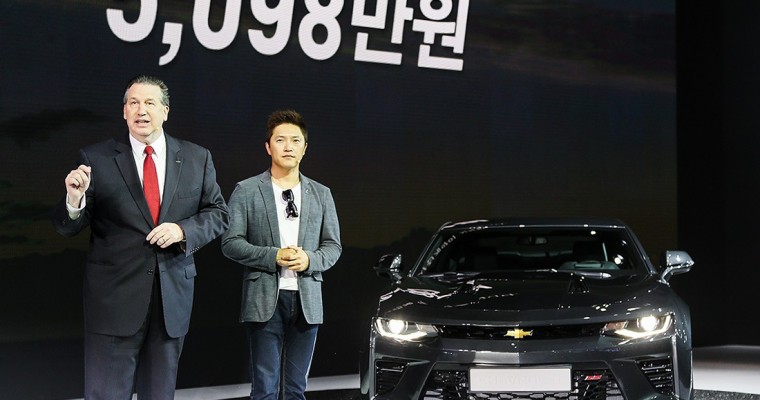 Chevrolet brought a bit of excitement to the Korean peninsula this month when it revealed the award-winning 2016 Camaro SS at the 2016 Busan International Motor Show.  The effortlessly powerful 6.2-liter V8 beneath the hood of the Camaro SS is SAE certified at 455 horsepower and 455 lb-ft of torque, and it is sure to […]

2016 Camaro SS Honored as One of Wards 10 Best Interiors 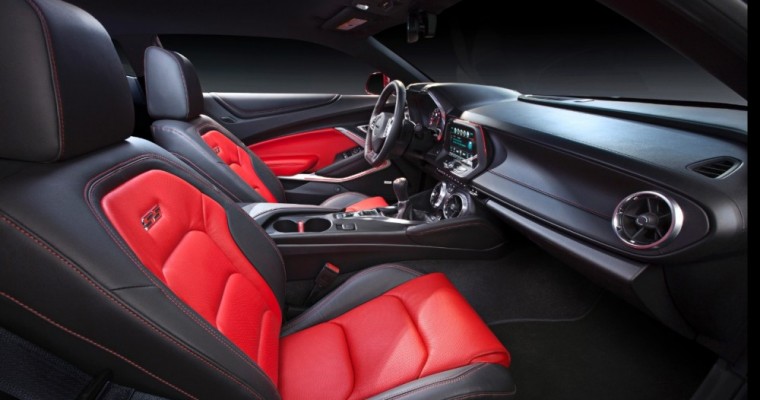 Editors from WardsAuto spent February and March evaluating 47 vehicles with either all-new or significantly redesigned interiors, and the 2016 Camaro SS was one of the vehicles that made the magazine’s annual list of 10 Best Interiors. The interiors were judged on design harmony, aesthetics, and the quality of materials used inside the cabin. Editors paid […] The 2016 Chevrolet Camaro received a lot of praise before it was ever released, as Motor Trend named the sixth-generation Camaro as its Car of the Year award winner, but a YouTube video has recently surfaced that shows the exact reason why this muscle car deserved so much attention. A modified 2016 Camaro SS was […] 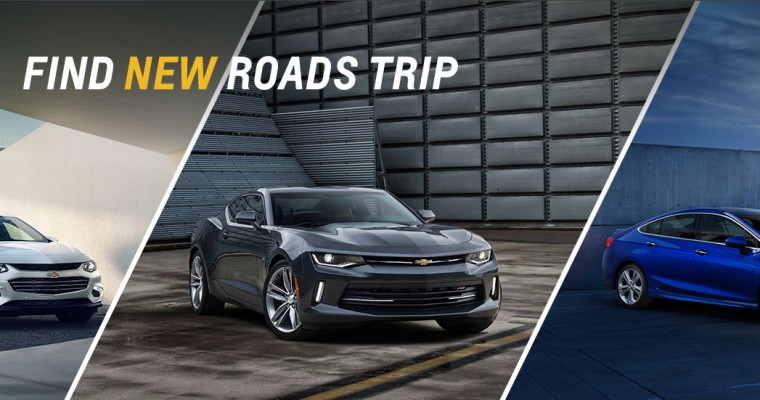 Last month, Chevrolet announced that it would be taking its five all-new models—the 2016 Malibu, Cruze, Volt, Spark, and a headlining Camaro—on a cross-country promotional tour this fall. Inspired by computer scientist Randal Olson’s calculation of the “optimal road trip,” the Chevy Find New Roads trip will hit all 48 states in just 25 days. […]

This is a big year for Chevrolet. So far, the bowtie brand has introduced five all-new cars, including the 2016 Chevy Camaro, Malibu, Cruze, Volt, and Spark. To celebrate, Chevy is taking some of its new models on a cross-country road trip, which the brand has dubbed the “Find New Roads Trip.” “The Find New […] Thanks to a 455 horsepower 6.2-liter V8, the new 2016 Chevy Camaro SS is the most powerful Camaro SS ever produced. That power boost, combined with a weight reduction, means an automatic V8 Camaro SS is capable of accelerating from 0-60 mph in just four seconds flat. Camaro Details: How the 2016 Camaro shed 200 […] 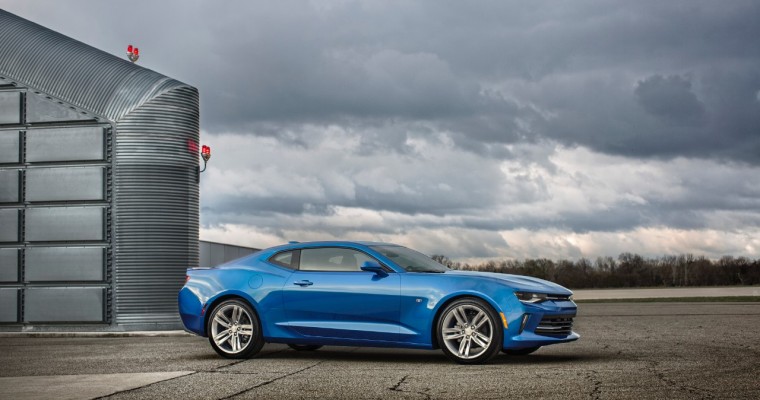 Today the 2016 Chevy Camaro debuted at Detroit’s Belle Isle Park, in a lovely ceremony that was almost entirely redundant. Thanks to a barrage of leaks on Friday, we already knew what the new sixth-generation Camaro looked like, as well as what new powertrain options would be available. In fact, we even knew how GM […] 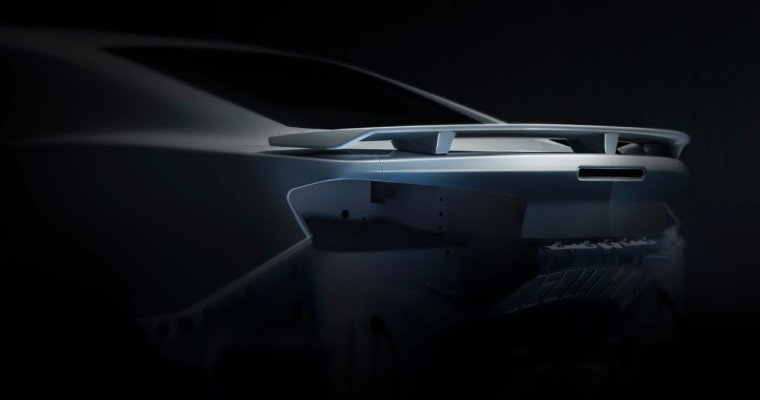 We’re currently living in the Age of the Booty, with poets and parodists alike crafting odes to the proverbial posterior. Even our nation’s automakers are getting in on the craze, as evidenced by the latest 2016 Chevy Camaro teaser photo, which shows off the vehicle’s ample rear. It’s a tight, good-lucking back end, and GM […]

2016 Camaro to be Stronger as Well as Lighter 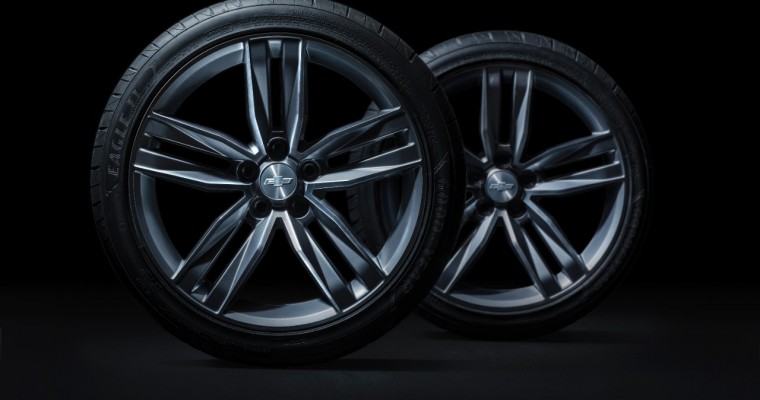 In advance of its May 16th debut, Chevy is hyping the 2016 Camaro like nobody’s business. After revealing that the sixth-gen model will be 200 pounds lighter than the current Camaro, GM recently announced that it will be considerably stronger, as well. Thanks to over 9 million hours of computational time devoted to structural modeling, […] 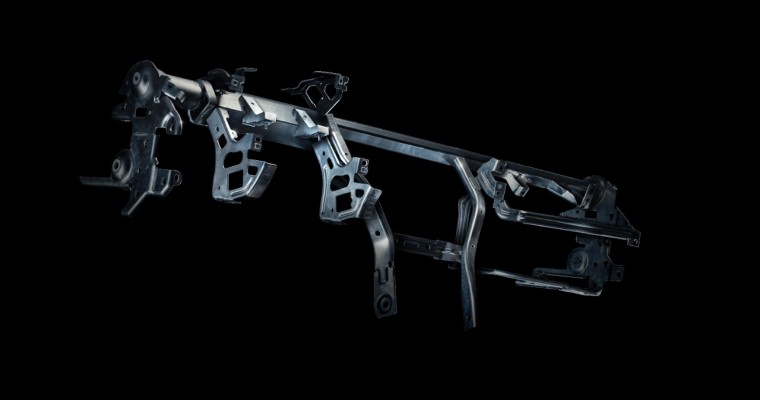 We have still only glimpsed teasers of the upcoming 2016 Camaro, which is set to debut this May. But while we may not know for sure what it will look like, GM did reveal today what it will weigh: “more than 200 pounds” less than the current fifth-gen model. Though there was no official weight […] 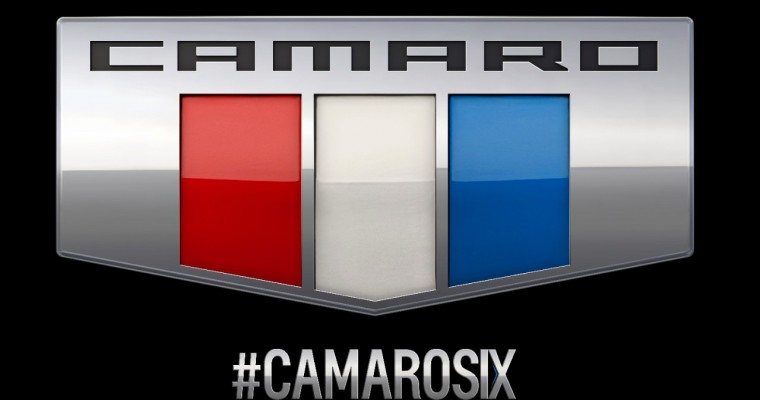 Two months. 61 days. More than 1,400 hours. Around 87,000 minutes. Just shy of 5,250,000 seconds. That’s how long you have to wait from the moment you read this until you lay eyes on the sixth-generation Camaro, which has been officially announced for a May 16th reveal. Chevy will unveil the 2016 Camaro during a […] 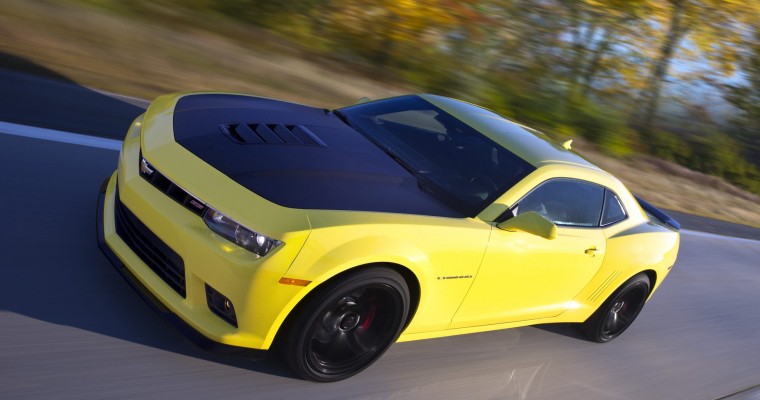 As we reported back in May, the 2015 Chevy Camaro will be the last of the current generation, meaning that the 2016 Camaro will usher in the new, sixth generation. Aside from it being time for a total redesign, this is also a wise move as Chevy tries to steal back the hype lost to […] 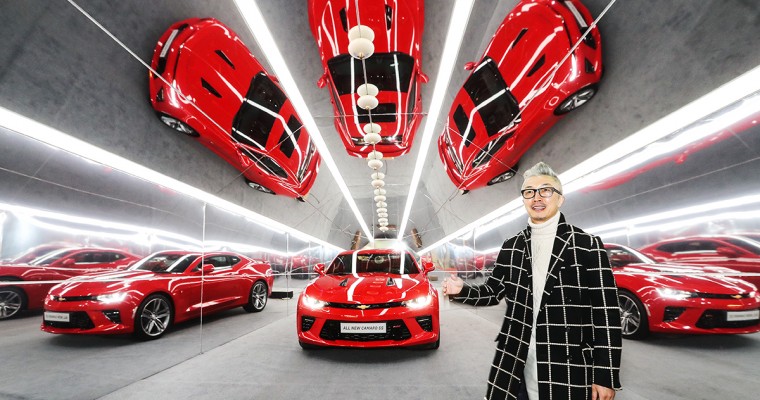 To celebrate the launch of the new Camaro SS and addition of a new available package, GM South Korea is exhibiting its absurdly powerful muscle car at the 2016 Seoul Design Festival, which takes place from December 7th-11th at Coex in Samsung-dong, Seoul. Because, you see, the Camaro is a piece of art. “According to […] 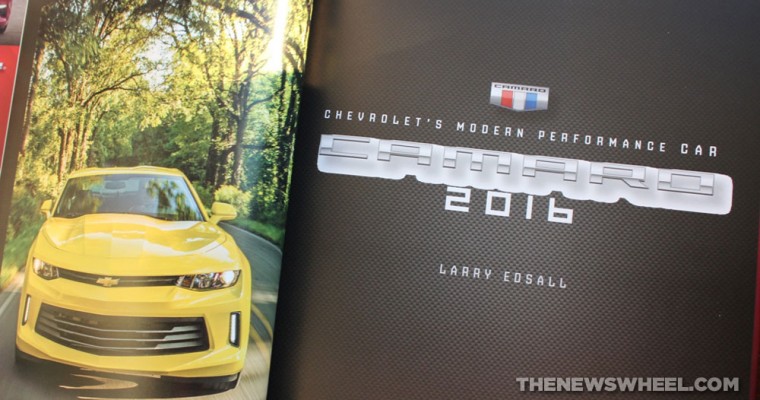 The Chevrolet Camaro has had something of a checkered history. Created in 1967 after the company was caught flat-footed by the Ford Mustang, the Camaro peaked in popularity for four generations before petering out in 2002. In 2010 the Camaro came back with a vengeance, though, eventually leading to the current generation and […] 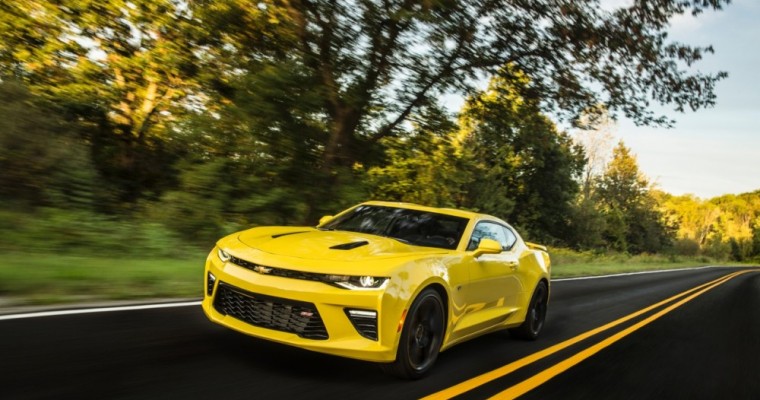 The world of reviewing cars is an odd one. On the one hand, we count on car reviewers to provide us with a more-or-less objective opinion about specific cars that we either continue to dream about or make the decision to buy them; on the other, reviewers rarely get to spend significant amounts of time […] 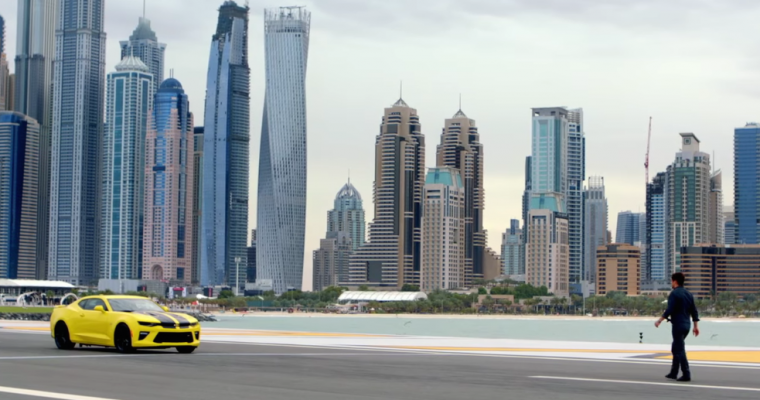 There’s a lot to like about the new sixth-generation 2016 Chevy Camaro. Of the many stats it can boast, though, none have been as dramatically illustrated as its ability to go from zero to 100 mph and back again in just 313 meters—thanks to this new video from Chevrolet Arabia. Titled #Zero100Zero, this two-minute promotional […] 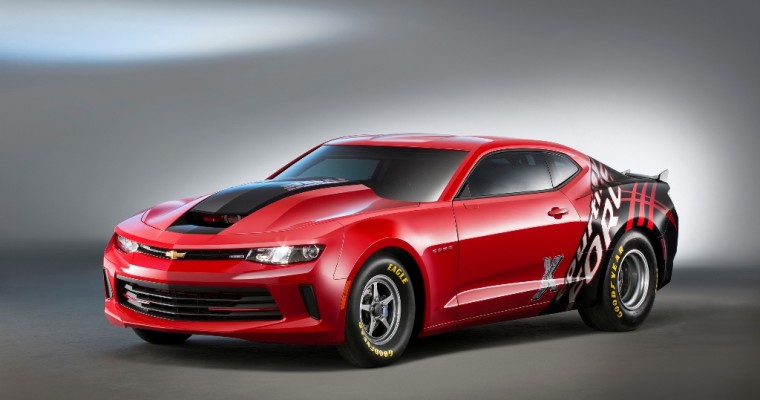 Last November at the SEMA Auto Show, Chevrolet revealed one seriously special Camaro, a purpose-built COPO Camaro, designed to race in the NHRA Stock Eliminator class. With a personalized exterior look crafted by both Chevy designers and NHRA Funny Car driver Courtney Force (in “Red Hot,” no less), the 2016 COPO Camaro features a 350 […] 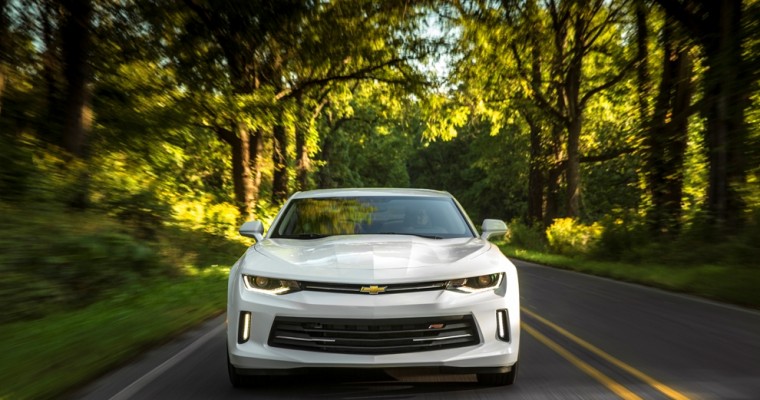 Although there has been speculation that General Motors might be developing an electric Corvette, there are currently no eco-friendly Chevy muscle cars on the market as of yet. But thanks to the US Department of Energy’s EcoCar 3 series, 16 North American university teams are now competing to see who can turn brand new 2016 Chevy Camaro […]