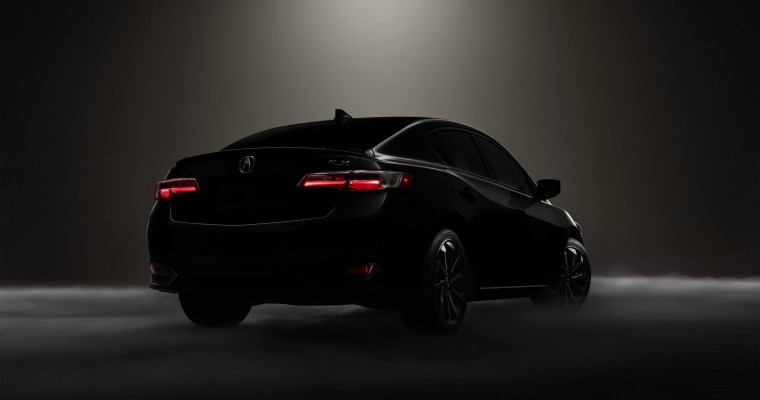 Honda announced today that the new Honda HR-V and Acura ILX would both be premiering next month at the 2014 Los Angeles Auto Show. To whet car buyers’ appetites, the company also released an image that teases the 2016 Acura ILX (above) and another photo of the new Honda HR-V crossover (below). A release from […] 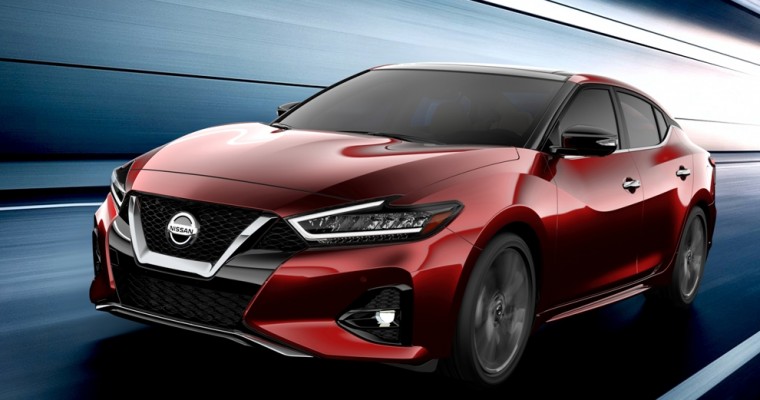 Nissan is on a mission to refresh its model lineup, and the next vehicle up for a facelift is the Nissan Maxima. According to the brand, the 2019 Maxima will be on display for the first time at the Los Angeles Auto Show, which runs from Nov. 30 to Dec. 9. The Nissan Maxima entered […] 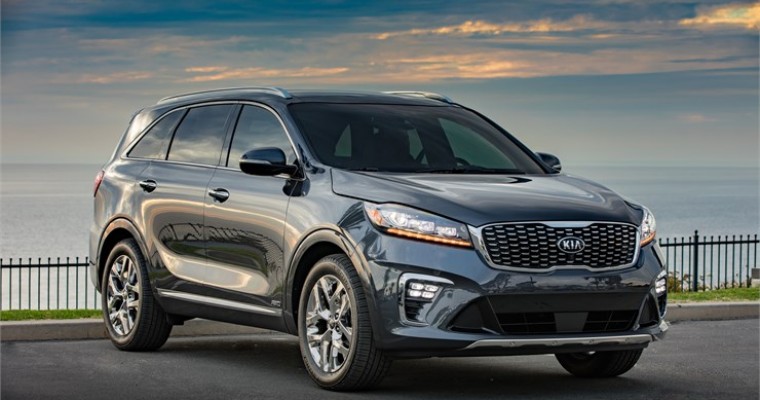 Although sporting new front and rear fascias, a distinct radiator grille complemented by a new headlamp design, restyled fog lamps and wheels at the Los Angeles Auto Show, the 2019 Kia Sorento’s appearance revealed what matters most is on the inside. Learn More: 2018 Kia Sorento earns top safety award Notable interior changes to the […] 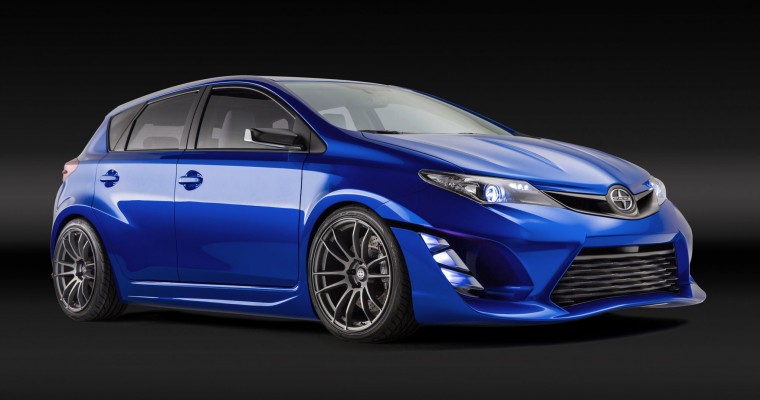 As the weather cools down, auto show season begins. We’ve already goggled at the vehicles displayed at SEMA and the Miami Auto Show, and now we’re preparing for the LA Auto Show, which opens next week. Some automakers prefer to keep their plans under wraps until the show begins, but Scion just can’t hold it […] 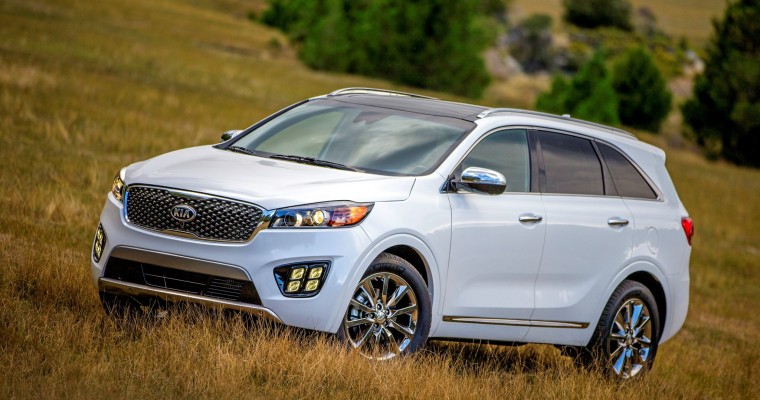 It was announced this week that the all-new Kia Sorento CUV will have its official premiere at the Los Angeles Auto Show, which begins later this month. With a redesigned interior and exterior, the new Kia Sorento will also boast an increased size when compared to last year’s model (during its European unveiling, Kia claimed […] 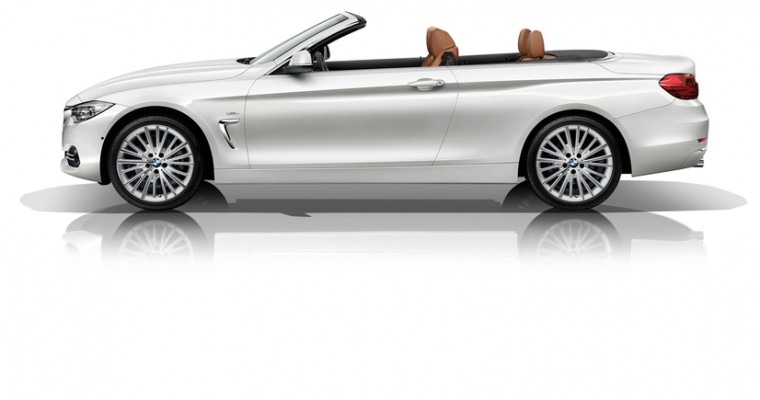 Continuing the rollout of its newly-minted 4 Series, BMW debuted the 2014 4 Series Convertible at the Los Angeles Auto Show on Wednesday and confirmed what purists and enthusiasts had surmised: the new convertible carries over many of the qualities that made the 3 Series a success while introducing enough new perks to keep drivers […] 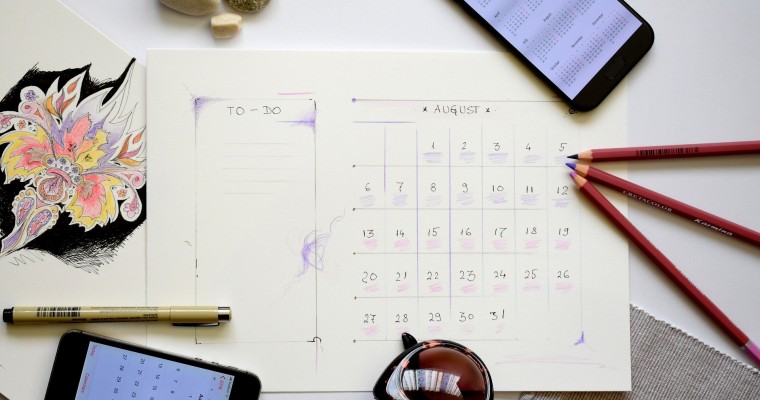 In light of current events, many of this year’s auto shows have been canceled, delayed, or rescheduled. Despite the uncertainty of 2021, we can still hope for a more “normal” 2022 as far as these car-themed displays go. Here are six auto shows that are currently set for 2022, so you can begin making tentative […] 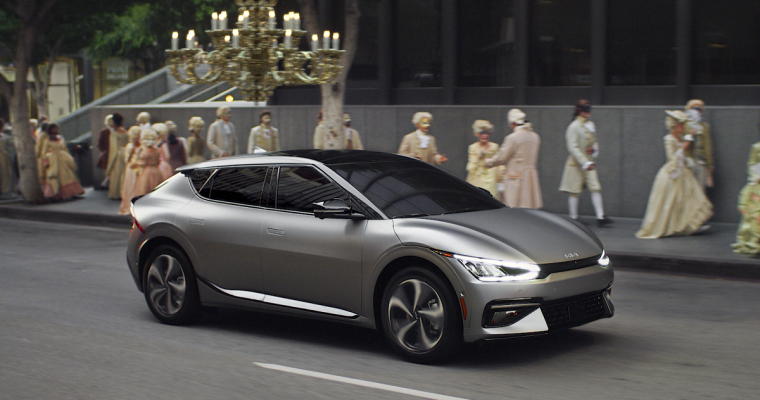 Last night, Hollywood gathered to celebrate the best in television at the 73rd Primetime Emmy Awards, which was broadcast on CBS and was available for streaming on Paramount+. Host Cedric the Entertainer got the party started with an homage to Biz Markie, complete with rap appearances from LL Cool J, Lil Dicky, and… Rita Wilson […] 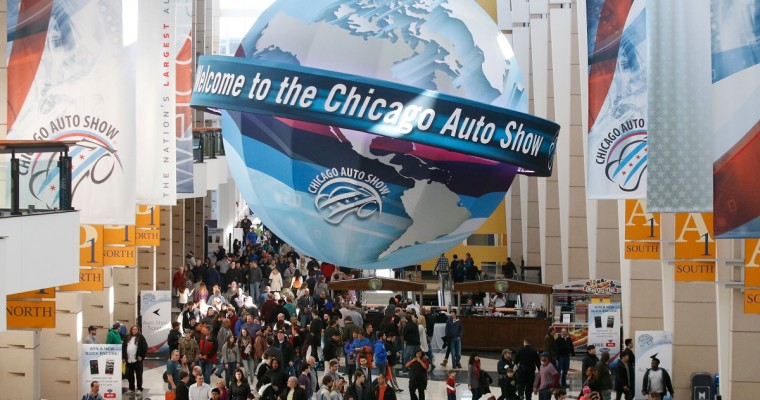 The Chicago Auto Show has joined a long list of automotive industry events postponed by the COVID-19 pandemic. Buying Your First Vehicle? Check out these tips on how to find the car that’s right for you Earlier this month, the annual car show’s organizers announced that the event would not be held in February as […] 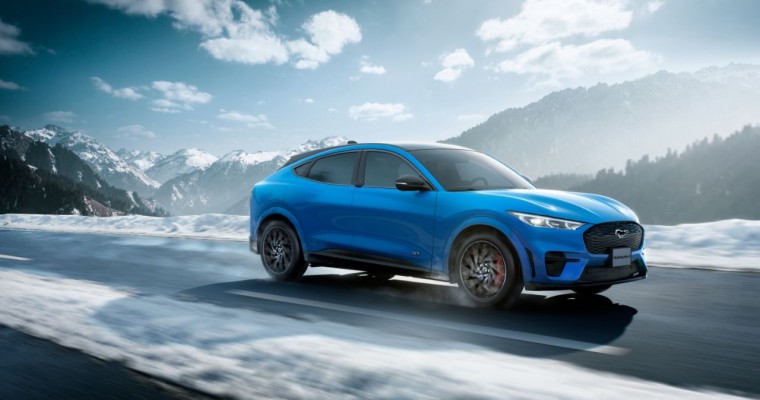 After a long wait, Ford is bringing its all-electric Mustang Mach-E to China for its big debut. The all-new 2021 Mustang Mach-E makes its regional debut at the 2020 Beijing Auto Show, which takes place on Sept. 26. Coming Next Year: Ford reviving the iconic Mustang Mach 1 for 2021 This year’s Auto China show […] 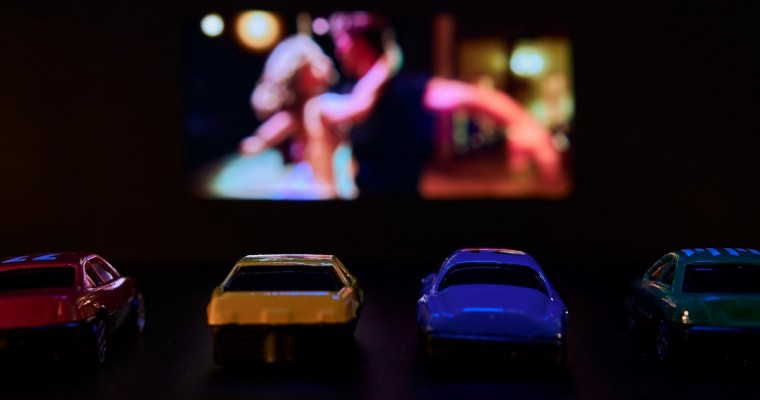 For many drag queens, their main source of income is derived from booking live shows and receiving tips from patrons at said shows. Unfortunately, due to the coronavirus pandemic, in-person drag shows have come to a halt. Some queens have gotten creative on social media, throwing virtual events where viewers can “tip” via PayPal or […]

GM Models to Get Wireless Android Auto and Apple CarPlay 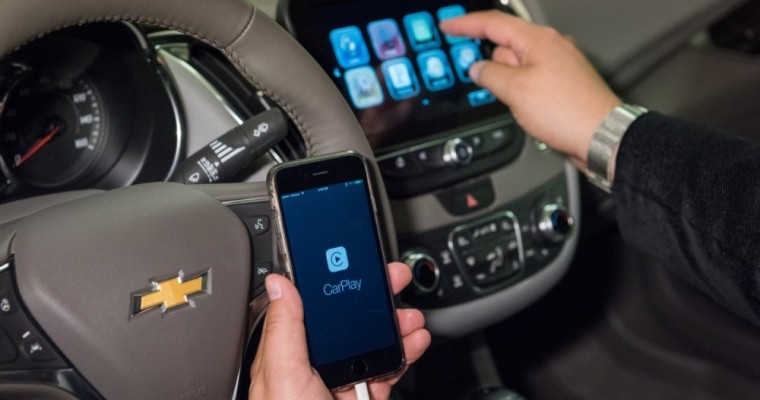 GM has begun rolling out wireless Apple CarPlay and Android Auto capabilities for its newest models. As reported by GM Authority, the automaker debuted this feature in the 2021 Chevrolet Trailblazer, which recently arrived at dealerships after its unveiling late last year at the Los Angeles Auto Show. Customers who want wireless smartphone integration will […] 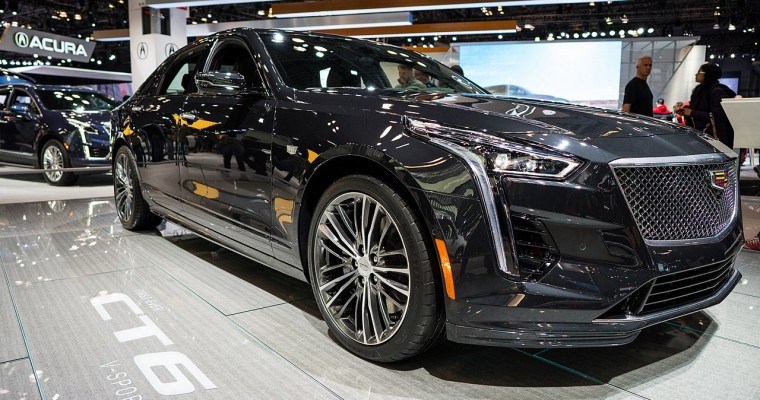 The 2020 New York International Auto Show is among the many public events and gatherings postponed in the wake of the spread of COVID-19. Event organizers last week announced that the annual auto show, originally scheduled to take place next month, will now take place beginning Aug. 26. “We are taking this extraordinary step to […] 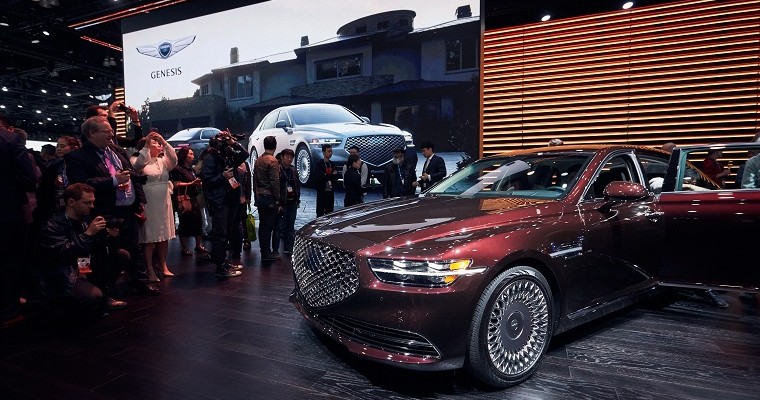 This article is sponsored by Looking4.com. When you’re crazy about cars, America is a pretty great place to live. From getting to grips with Manhattan’s grid system to putting the pedal to the metal on the Pacific Coast Highway, there’s something for everyone. And when you can take your pick from proud domestic manufacturers like […] 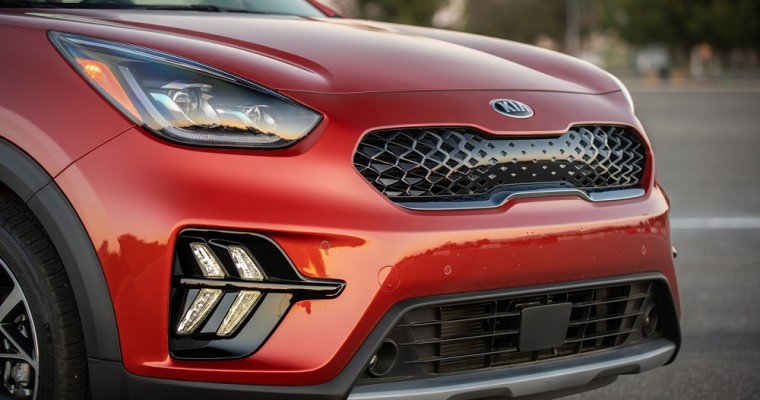 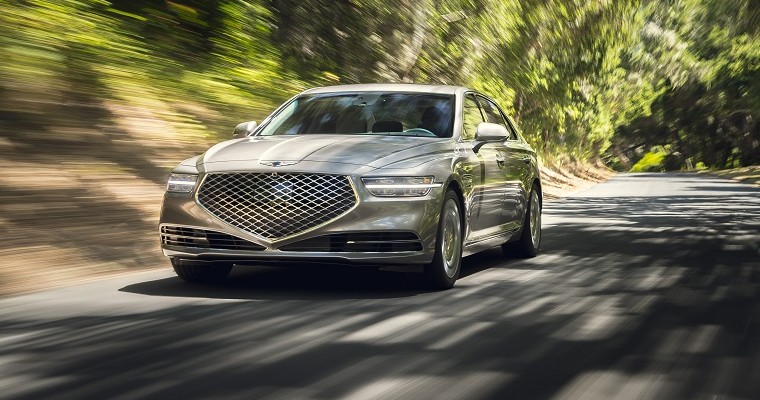 The 2020 Genesis G90 made its debut at the Los Angeles Auto Show last week, showing off a comprehensive redesign marked by sophisticated detailing and a long, sleek profile. “The 2020 G90 is a flagship sedan for Genesis in the truest sense,” said William Lee, the global head for the Genesis brand. “Its launch begins […] 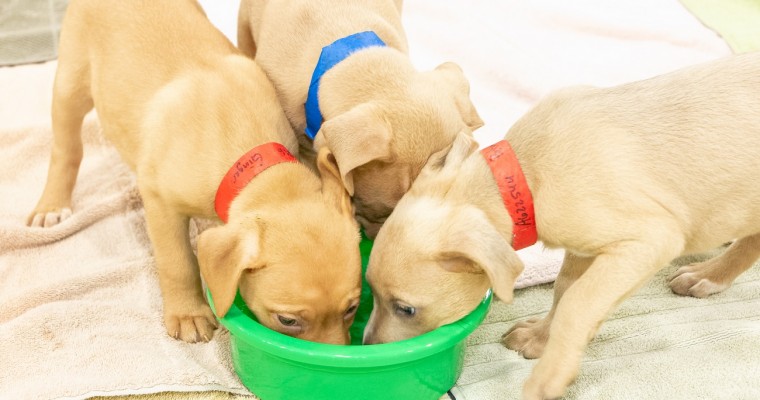 As part of the Subaru “Love” Promise, the automaker has partnered with animal shelters around L.A. to help find pets loving new homes diring the Auto Show. 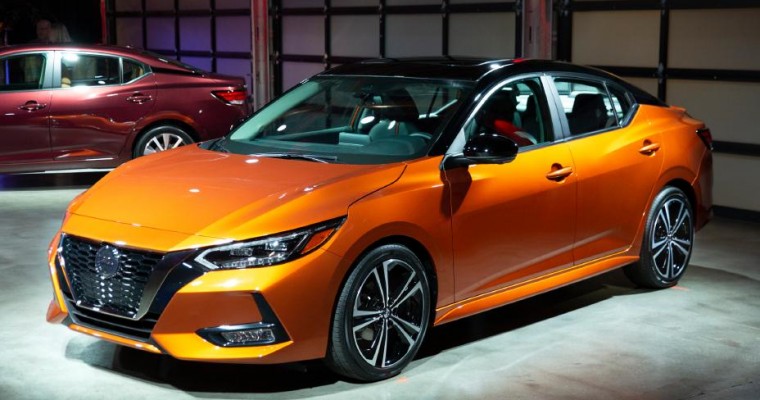 The Nissan Sentra is sporting a new refined look for 2020, a look Nissan boldly displayed at this year’s Los Angeles Auto Show. As the all-time best-selling vehicle for the company in the U.S, the Nissan Sentra is equipped with advanced tech, great style and an elegant interior. The 2020 Sentra, the eighth generation of […]