What is Chevy MyLink? 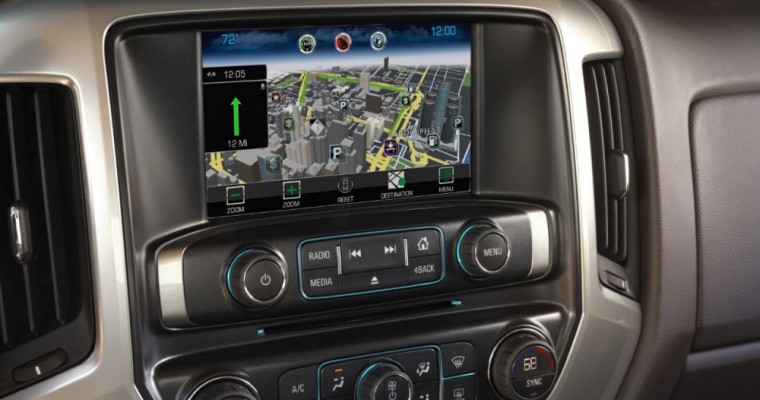 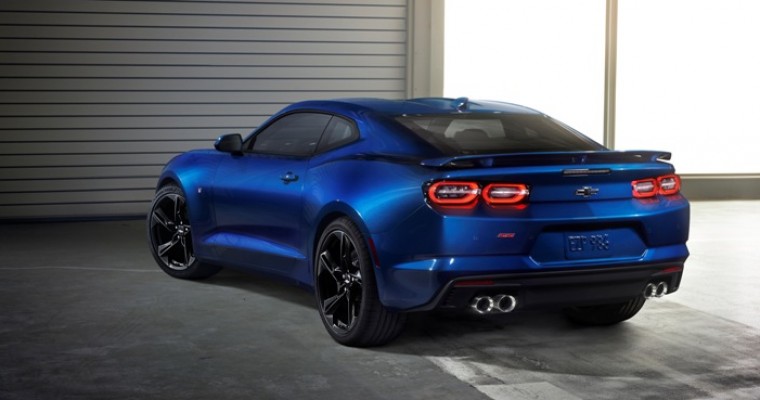 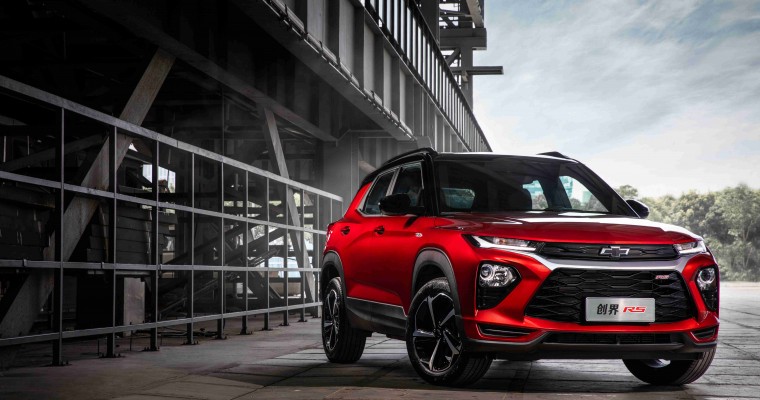 The Trailblazer, the muscular, powerful, sleek and stylish SUV from Chevy, was recently revealed in China. The Trailblazer offers a smaller option to fans of the Equinox but a more spacious SUV compared to the Tracker in the Chinese market. Learn More: About the 2019 Chevy Equinox “SUVs are among the most popular vehicles in […] 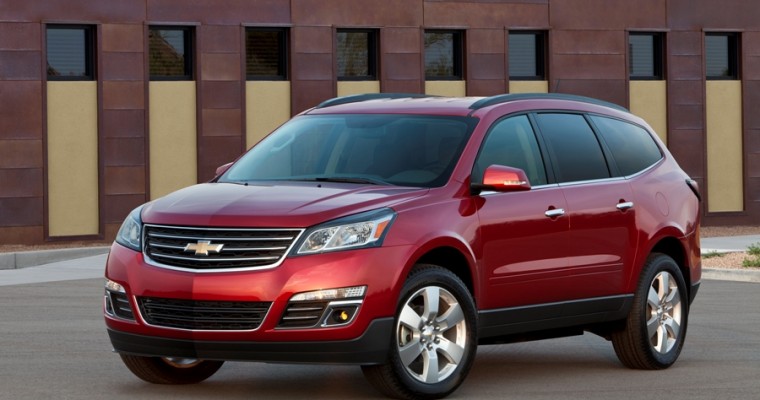 How Does Chevy Teen Driver Work? 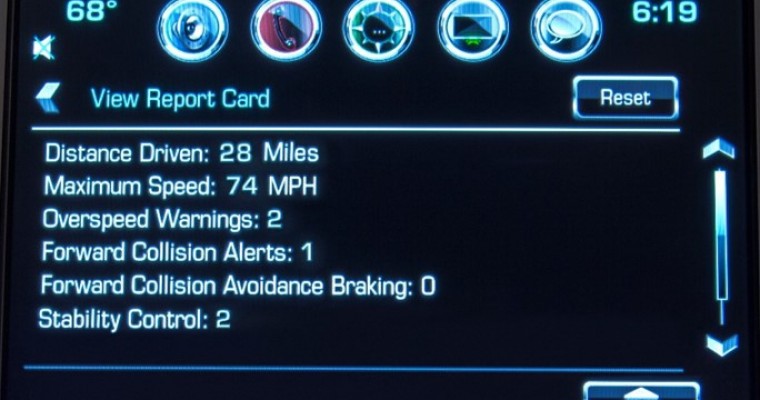 As most parents know, it can be a fine line between gently guiding your children down the right path and micromanaging them. This is especially true when your kids grow old enough to drive. The thought of your teenager having full control of a heavy and dangerous piece of machinery can be terrifying. But today’s […]

The fresh offerings of the 2020 Chevy S10 will enhance the model’s current safety and tech features. Discover the new amenities on this well-rounded pickup truck that has enjoyed such a solid fan base in South America.  New updates Per GM Authority, the model will include a headrest on the third (middle) rear seatback on […] 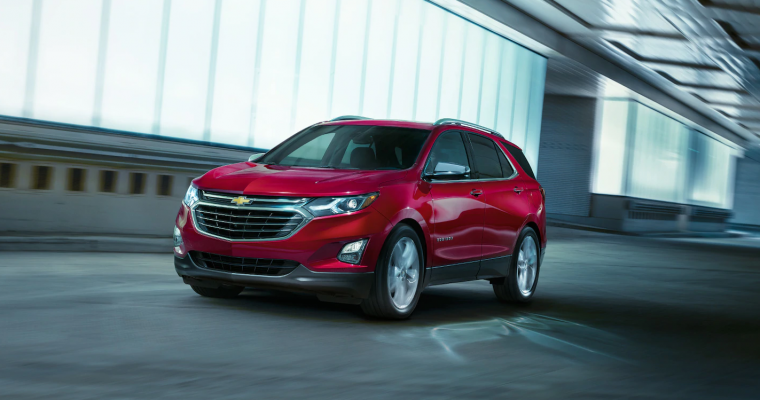 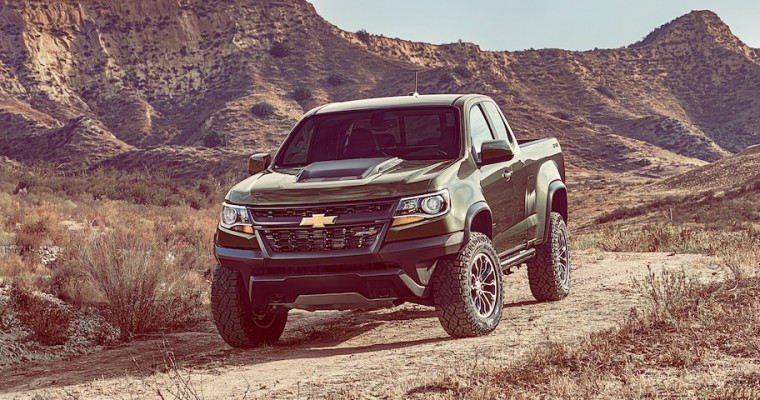 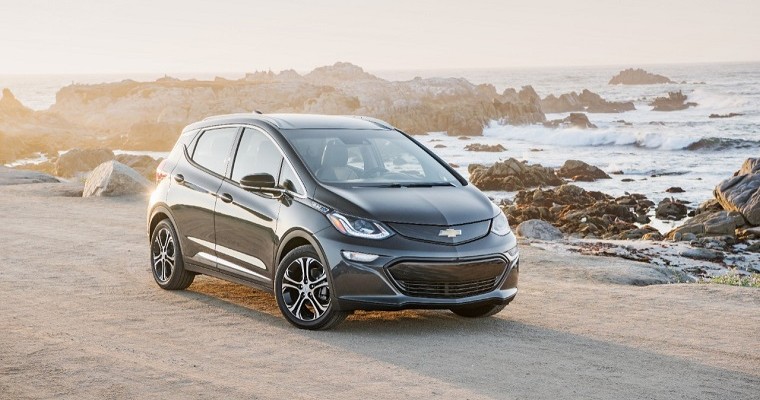 Considering that Earth Day is just a few days away, the 2018 Chevy Bolt model’s latest award comes at the perfect time. U.S. News & World Report just revealed their “Best Hybrid and Electric Cars of 2018” list—and the Chevy Bolt ranked #1 for the electric vehicle category. The publication praised the vehicle for its “punchy […] 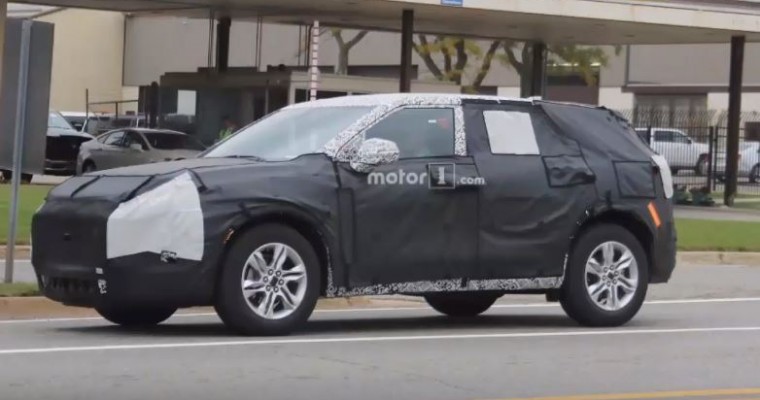 If you’ve been anticipating the new Chevy Blazer that the brand will release for the 2019 model year, you’re one step closer to experiencing this offering’s features and cosmetics. According to  Joel Stocksdale, contributor with Autoblog, the spy shots are in. Although the automaker hasn’t confirmed or denied that this model will bridge the gap between the […] 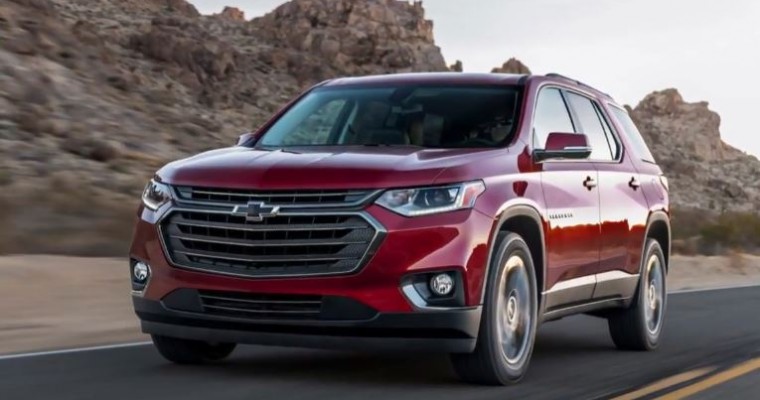 While the 2018 Chevrolet Traverse has been heralded as an ample family-hauler, the brand’s Traverse RS offering promises to extend the personalized options and performance capabilities of this ride even further. As Steve Majoros, Chevrolet marketing director for cars and crossovers, articulated, “By offering customers more choice with higher-end entries like the RS, which has a more […] 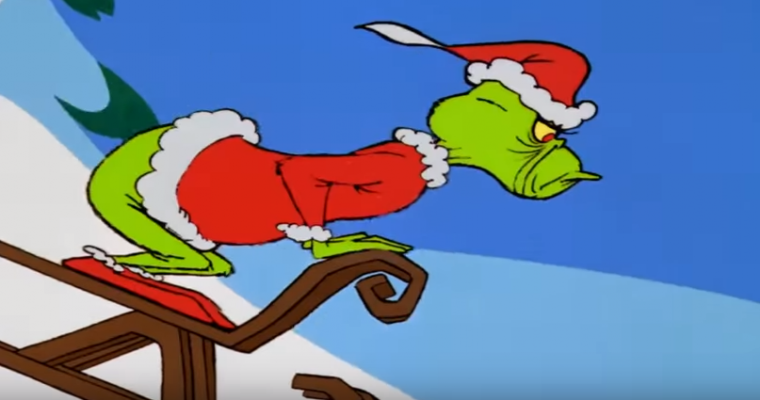 From festooning your house with lights to putting up the tree, there’s many ways to enjoy the holiday season. One of my favorites is watching The Grinch. Somehow, Christmas just isn’t complete until I watch that endearingly grumpy green creature make his 26-minute journey from hater to believer. But seriously, you can’t help but feel […]

Almost every automotive manufacturer currently has or is working on some form of nanny technology that monitors teen driving habits. In this age of helicopter parenting, many parents want to know exactly where their teen is at all times and how they behaved. Whether you fall into that category or are a more relaxed parent, […] 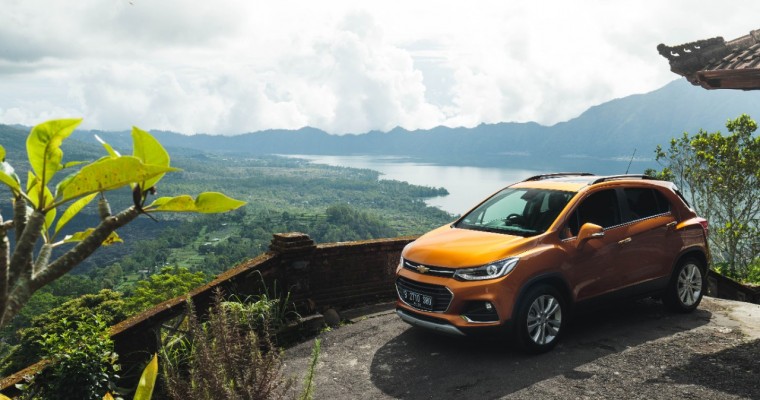 Chevrolet’s latest version of the popular Trax crossover was introduced to Indonesia last month. The new Trax is redesigned with new front and rear fascias on the outside, a new console and redesigned cockpit on the inside, more technology, better performance, and overall improved quality. “The Trax has always been an exceptional performer. Although the […] 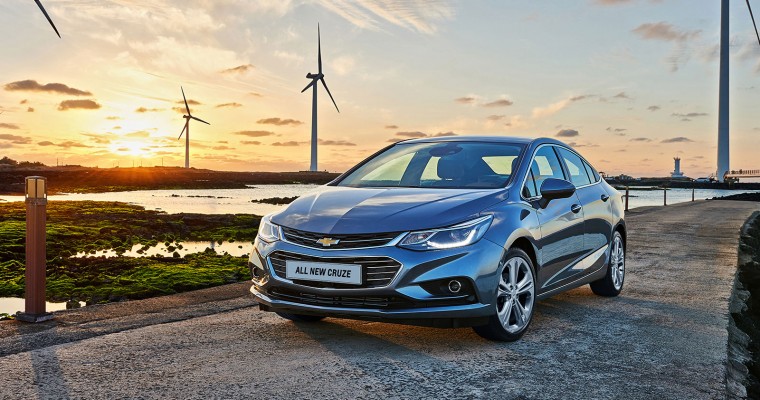 General Motors Korea announced this week that deliveries of the all-new Chevy Cruze are slated to begin starting on March 13th. Production of the new sedan resumed on Tuesday at the Gunsan Assembly Plant. Chevrolet has also announced more details on how much customers can expect to pay for their new Cruzes. The LS trim […] 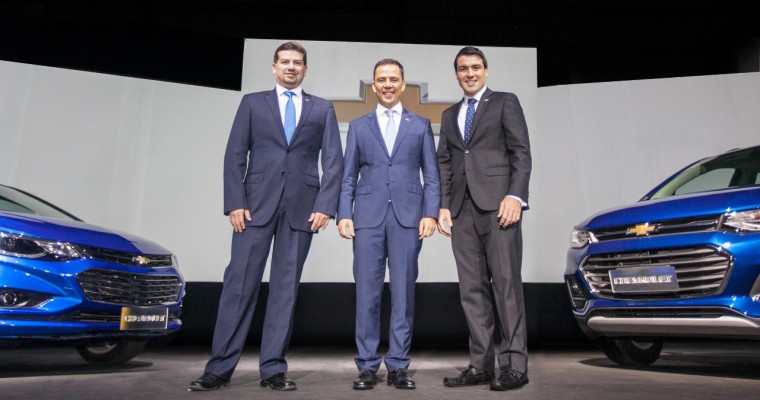 Chevrolet earlier this year launched the new 2017 Cruze Turbo and 2017 Tracker in Ecuador, bolstering its lineup with two new models certain to please customers with their respective balances of performance, style, efficiency, and technological savvy. “We are certain that Chevrolet will be present in the national market for many years to come,” said […] 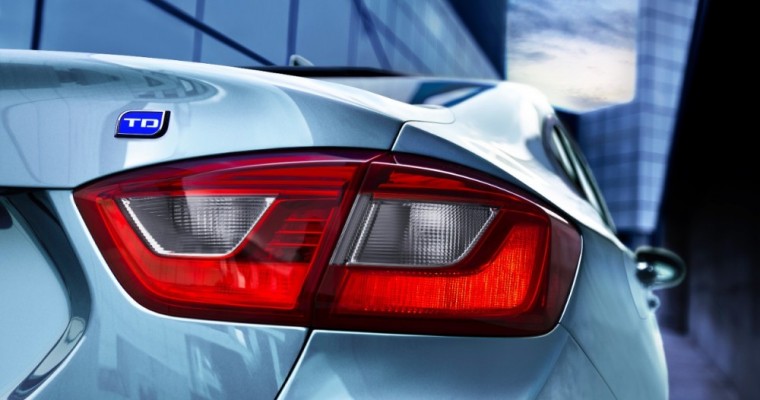 Chevrolet Canada has announced fuel efficiency ratings for the 2017 Cruze Diesel Sedan, which manages a highway fuel consumption rating of 4.5 L/100km (53 mpg)—the best rating of any non-hybrid vehicle in all of North America. “The Cruze Diesel Sedan combines best-in-class fuel efficiency and fun-to-drive performance into a vehicle that offers compact car drivers […] 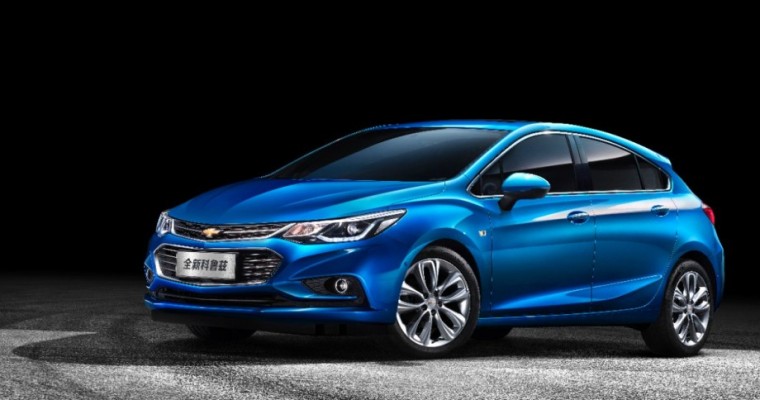 Today General Motors announced that a hatch variant of the all-new Chevy Cruze will be going on sale in China next month, becoming the latest member of Chevrolet’s best-selling passenger car nameplate in the country and worldwide. A key member of Chevy’s lineup in China since it first went on sale in 2009, the Cruze […]