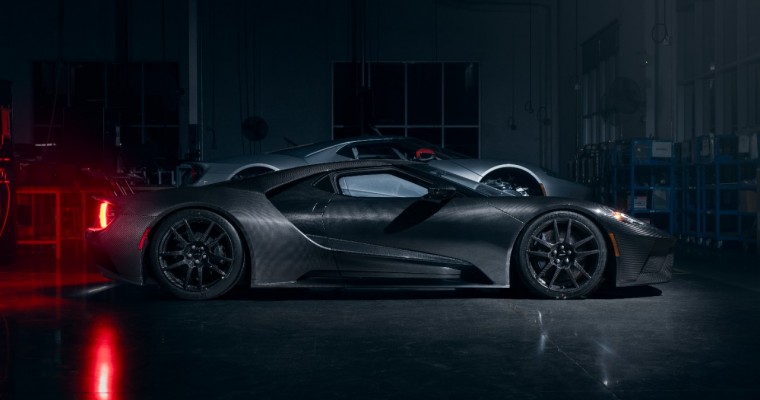 Last week, Donald Trump visited Ford’s Rawsonville Components Plant and bragged about how he wouldn’t wear a protective face mask for the media. He did, however, totally wear a mask while looking at a collection of Ford GT supercars. So impressed was the self-described billionaire who would never lie about his wealth and has nothing […] 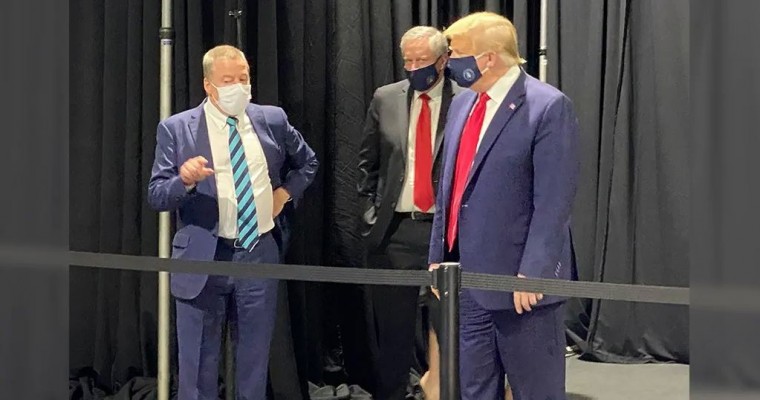 Donald Trump has been charitably described as a weak man’s idea of a strong man. Part of that identity is a bizarre and inexplicable (yet somehow still not very surprising) refusal to wear a face mask in front of cameras while paying a visit to a Ford facility this week. On Thursday, he visited Ford’s […] 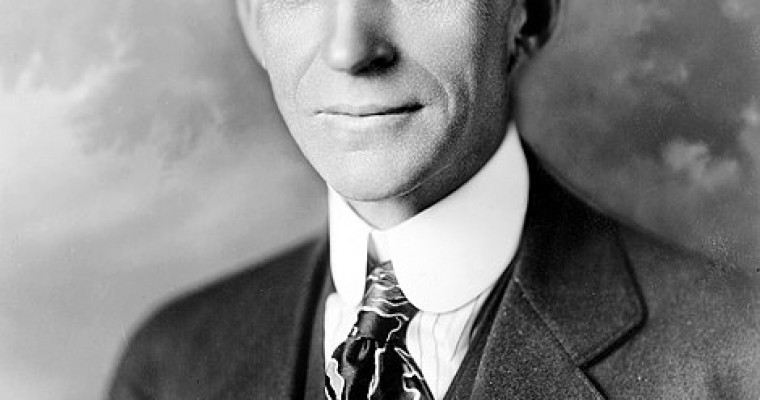 Donald Trump — a simpering disaster of a creature who thinks it’s prudent and necessary to lock children in cages indefinitely and believes he can just zap away the 14th Amendment with a snap of his tiny fingers like an orange, racist, less sympathetic Thanos — is mad. Specifically, he’s big mad at Ford Motor […] 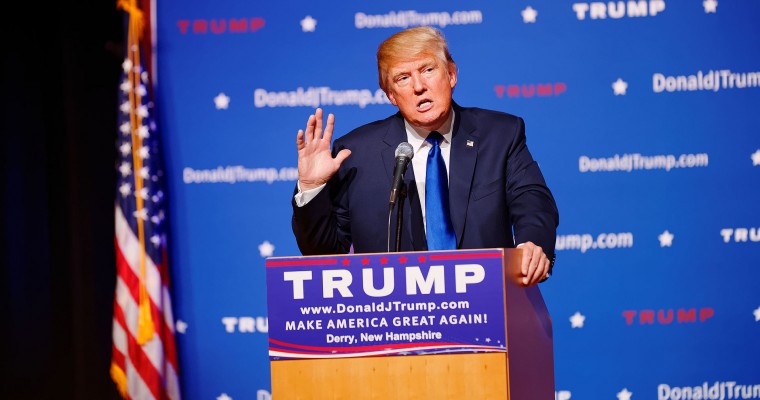 When President Donald Trump laid out his massive $1.5 trillion infrastructure plan earlier this week, one of the major questions that was raised was how the plan would be paid for. The Trump administration is reportedly considering several options to help generate the $1.5 trillion needed for the pan’s outline. One of those options is […] 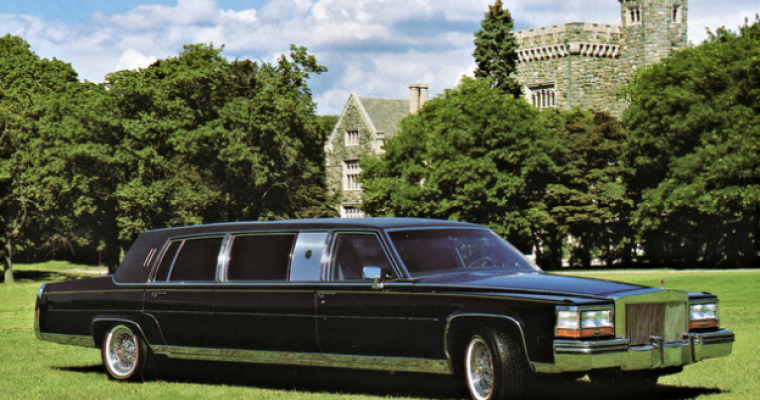 Donald Trump is an individual who has pursued a great number of ventures and careers during his lifetime, ranging from opening hotels and casinos to becoming President of the United States. Still, not all of Trump’s enterprises come to their full fruition. Back in the ’80s, Trump planned to work with Cadillac to produce and […]

Donald Trump May Make Your Car a Silent Ninja 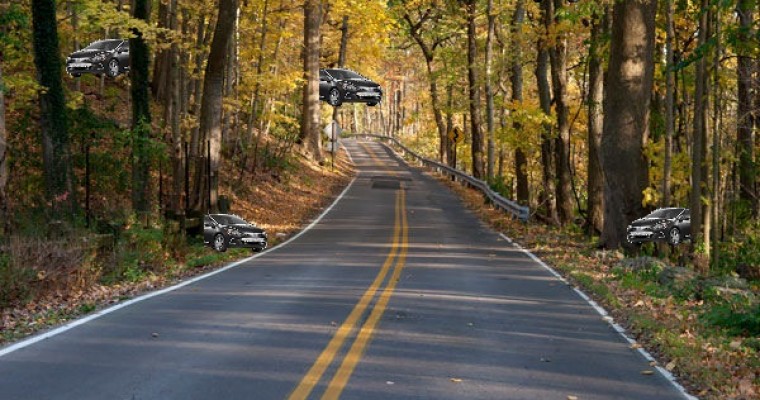 So, here’s a thing: thanks to the Trump administration’s heavy emphasis on deregulation, it is entirely possible that President Trump may create a varied and nation-wide near-silent electric ninja cars, stalking unwary pedestrians at any turn. The thing that I am jabbering about is actually a regulation currently in place by the National Highway Traffic […] 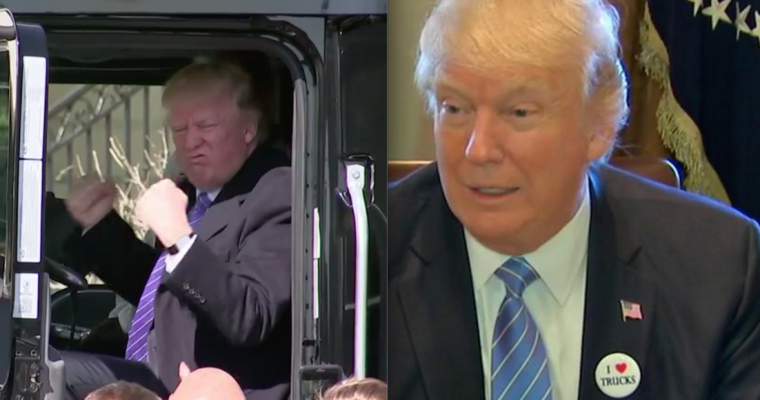 Last week, America’s big boy president had a terrible, horrible, no-good, very bad day, when the meanies in the House of Representatives failed to pass his Trumpcare bill. But the day before that, Donald Trump had been riding high (quite literally), as he got to sit in the front seat of a real-life big rig, […]

Big Boy Donald Trump Loves Trucks, Gets to Sit In One and Honk Horn Real Loud

GM Announces 7,000 US Jobs That Donald Trump Will Definitely Take Credit For 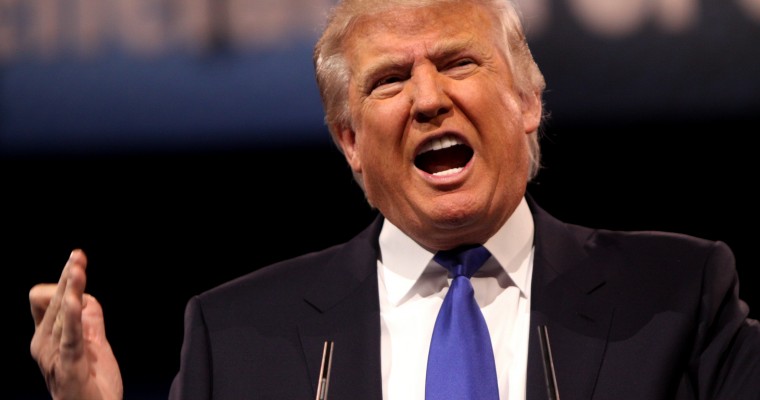 In a move that Donald Trump is certain to take credit for, General Motors announced today that 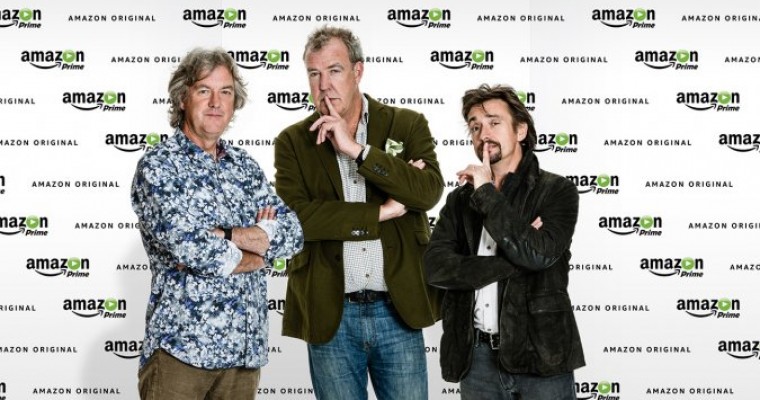 Donald Trump is going to be the next president of the United States, whether you like it or not—and if you belong to the majority of Americans who hold an unfavorable opinion of the incoming Commander in Chief, you probably don’t like it one bit. Well, from all the way across the pond, British auto […] 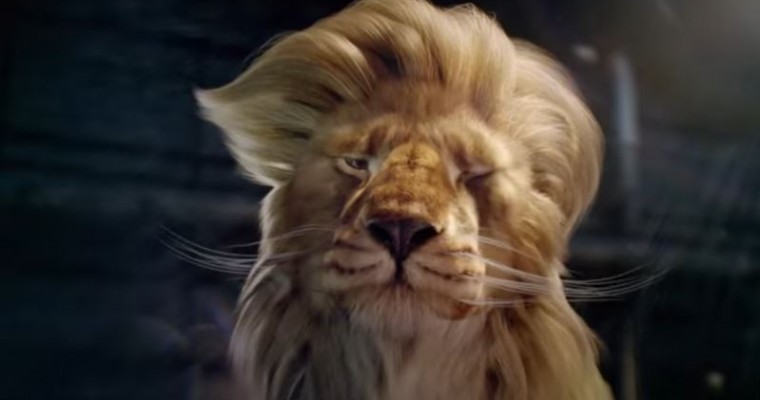 Opel must be going through some kind of weird phase where it really, really likes anthropomorphized animals: after offering up a truly rancid update pertaining to its Grumpy Cat calendar on Monday, the auto brand on Tuesday released a short film called “Racing Faces,” which was literally about a minute of CGI animals being goofy […] 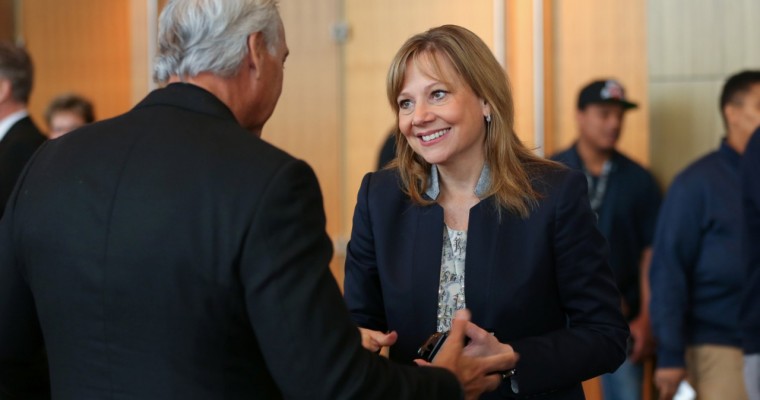 The recent Wikileaks info dump of hacked emails has turned up a list of possible vice presidential picks that were apparently considered by the Hillary Clinton campaign, before it ultimately settled on Virginia senator/amiable stepdad Tim Kaine. The list of potential running mates was helpfully if crudely divided by Clinton advisers into the following groups: […] 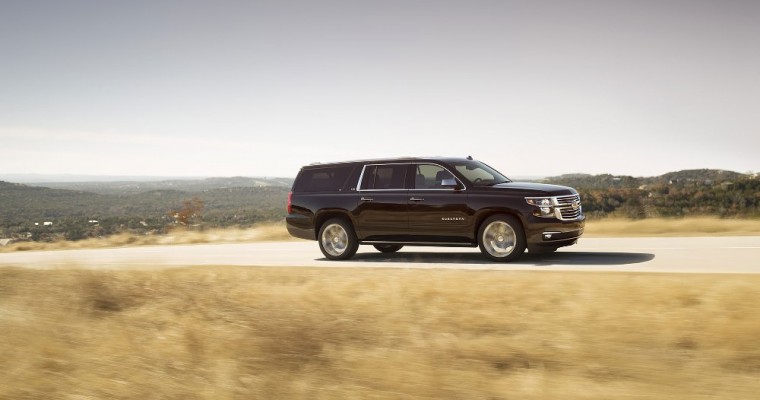 Distended pustule in a suit Donald Trump has made no bones about his distaste for Ford Motor Company and its decision to “fire all their employees” in the United States, all while disregarding the intervention of reality and the inconvenient truth that, no, they’re not. Strangely, Trump has been relatively mum about General Motors’ investments […] 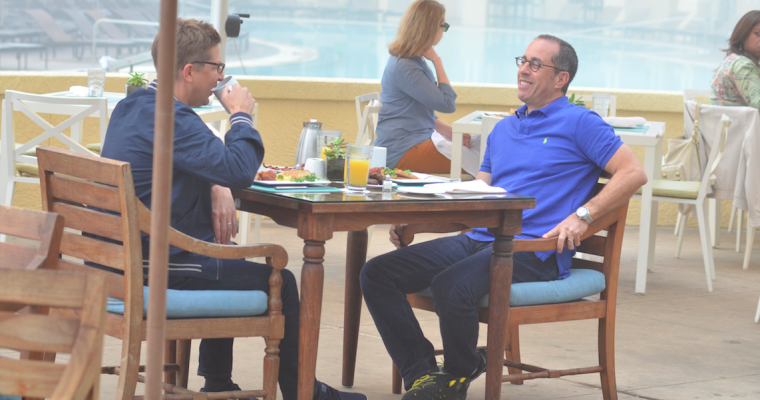 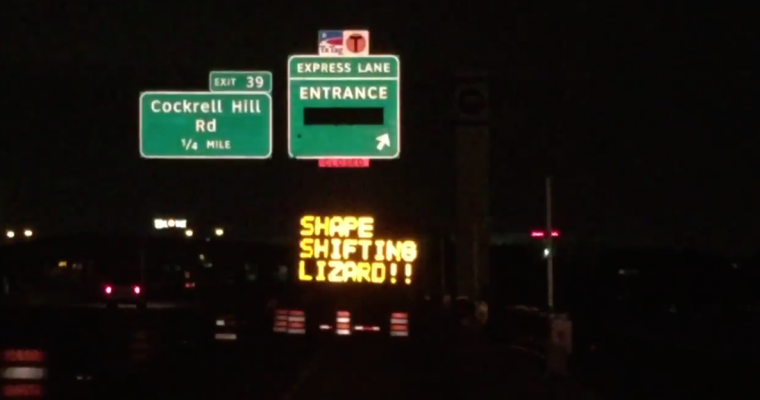 If you ever saw the 1991 romantic comedy L.A. Story, you may recall that part of the plot involved an all-knowing freeway traffic condition sign that gave Steve Martin’s character sage advice on life and love. Well I’m happy to report that the sign from that movie is alive and well and living in Texas, […]

Did You Know Donald Trump Has a 10-Year-Old Son Named “Barron,” and that Barron Has a Mercedes? 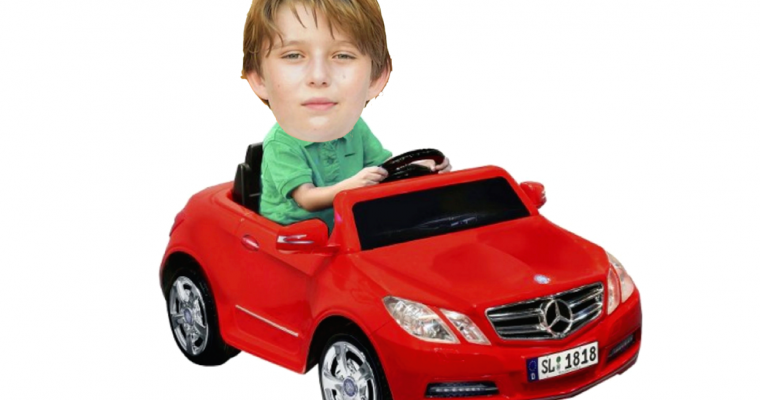 Though not nearly as shameless, fame-hungry, or orange as their father, Donald Trump’s three adult children also share his knack for making headlines every now and again, occasionally challenging the old adage that “there’s no such thing as bad publicity.” So if you pay attention to the news, Twitter, or reruns of The Apprentice, you […]

Presumptive Republican nominee Donald Trump has amassed a very considerable following amongst American voters because he tells it like it is. He’s a man who is not afraid to let paltry concepts like “political correctness” or “truth” get in the way of that winning quality, which has allowed him to both maintain a very, very […] 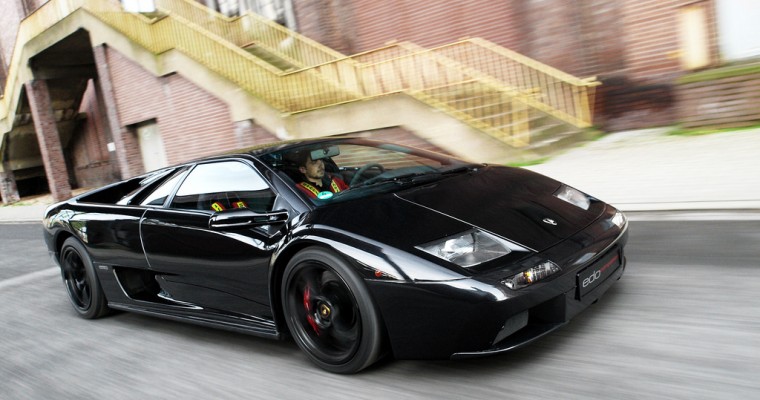 Republican presidential candidate and former A Flock of Seagulls member Donald Trump is big news right now, thanks to his inexplicable position as the GOP’s top contender for its November White House run. While many people might assume that The Donald has a fleet of chauffeurs in every city waiting to escort him to his […]