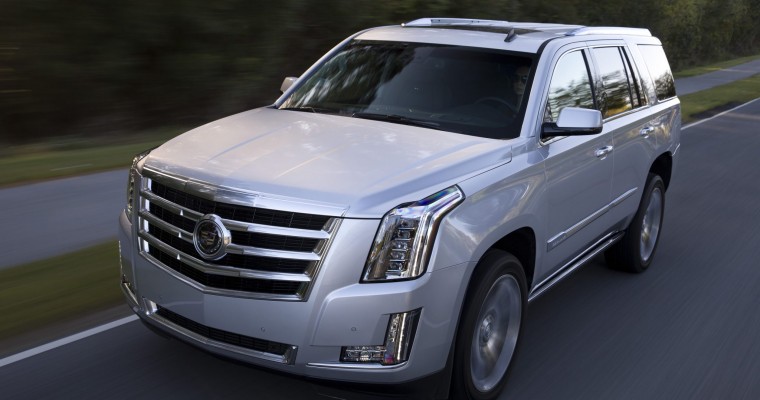 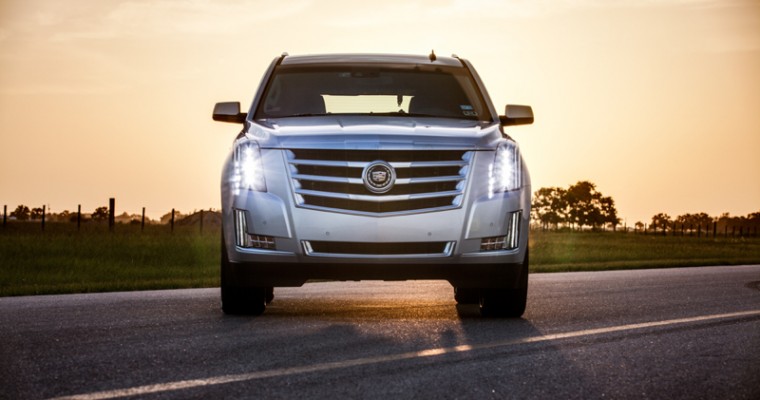 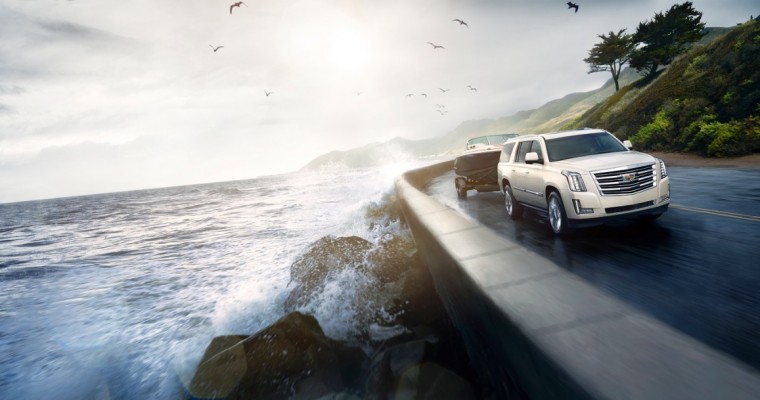 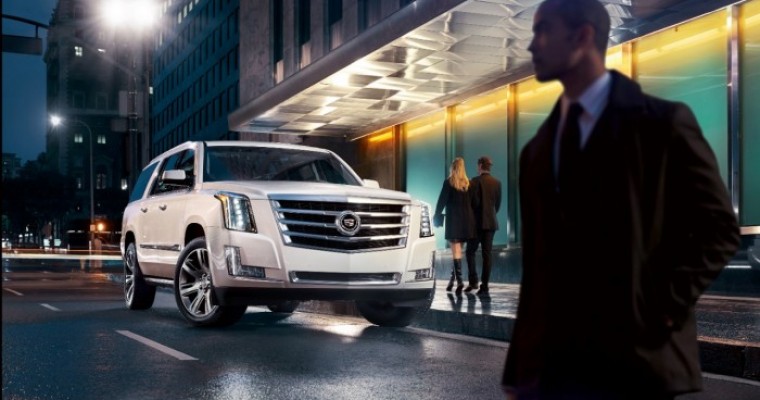 2015 Cadillac Escalade Exterior: It’s All in the Detail 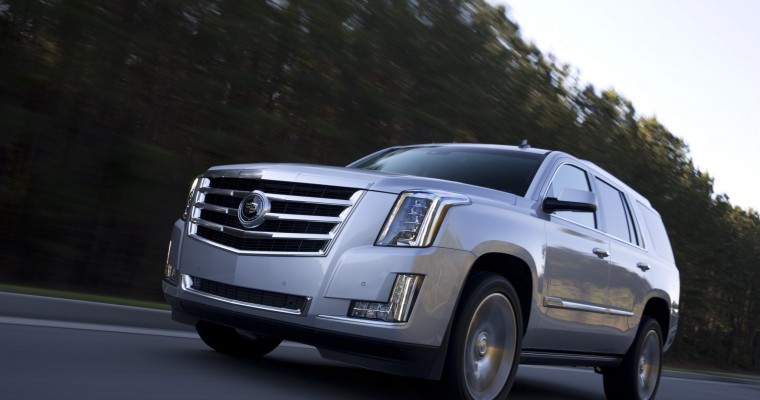 General Motors today released an up-close and personal account of the 2015 Cadillac Escalade exterior, which is, to no one’s surprise, incredibly detailed. (It’s a Cadillac—what do you expect?) Cadillac promises that while the Escalade is all-new for 2015, it still retains the unmistakable Escalade appearance it’s worn since 1999. “The 2015 Escalade continues the […] 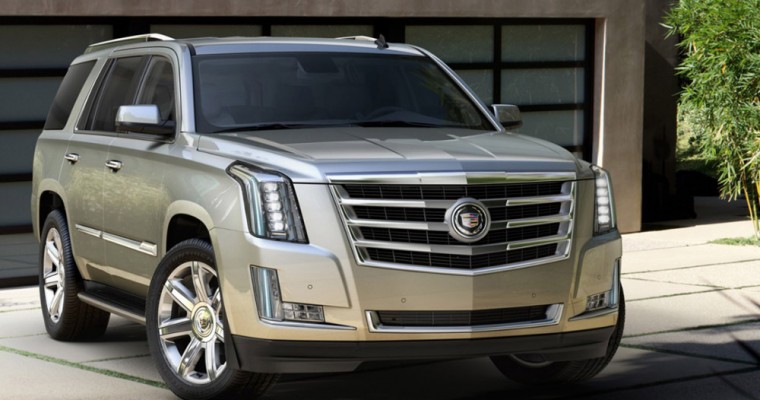 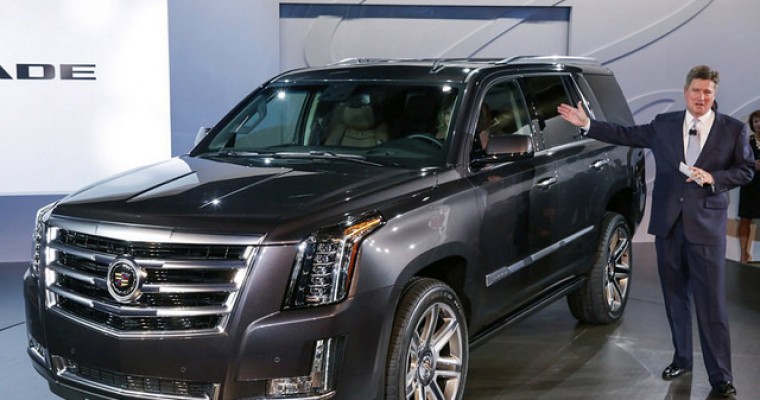 The fourth generation of Escalade is nearly upon us, and as with all generations of Escalade that have come before, the 2015 iteration goes heavy on the craftsmanship. Not only does 2015 Cadillac Escalade craftsmanship maintain that high standard of excellence that has been set for it over fifteen years, but it also finds a […] 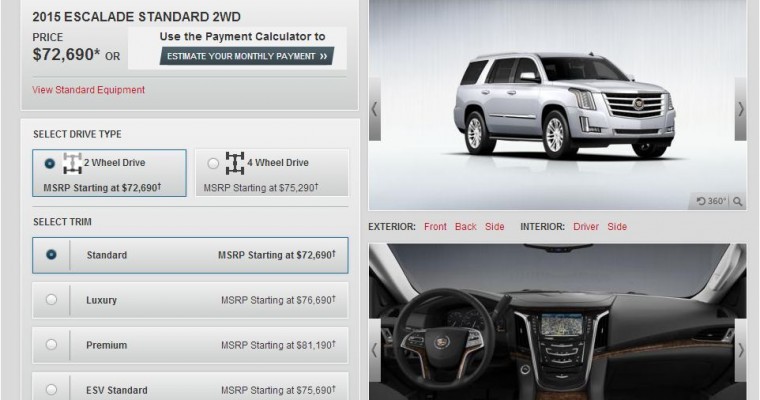 Cadillac vehicles take automotive architecture to a whole new level, and their Art and Science design language is among the most distinctive on the market today. The luxury brand is taking it to another level this year by integrating a variety of design cues from modern urban buildings around the world in the design of […] 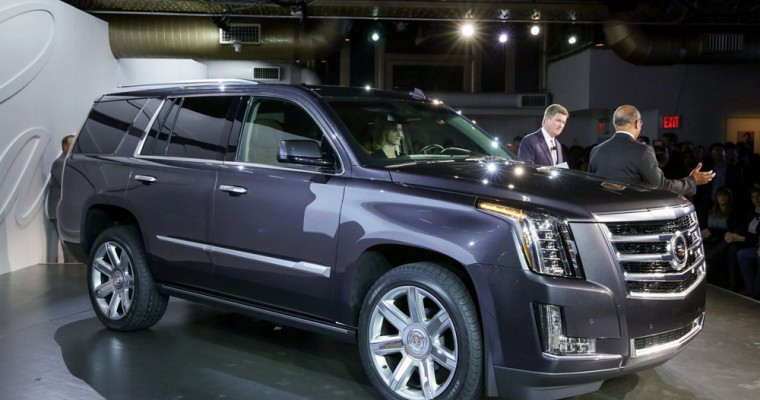 Can’t wait for the all-new Escalade to come to market? Don’t have to. That’s right. The American luxury automaker has finally made a 2015 Cadillac Escalade mini-configurator available on its website so that we can discover the upcoming model all on our own. Using the configurator, we’re able to investigate color options and trims for […] 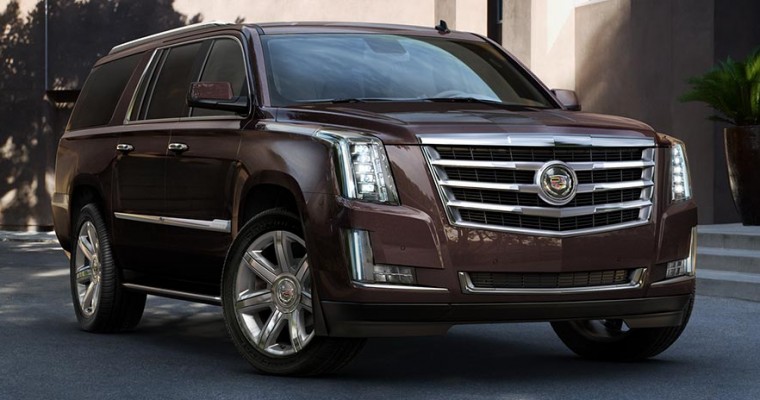 The all-new 2015 Cadillac Escalade unveiling is soon-to-happen in New York City. We know almost nothing of the vehicle for the moment—so far, Cadillac has released only one teaser image of the luxury SUV, revealing a single set of sexy vertical taillights. The full unveiling will occur on October 7 and will be available to […]

Cadillac’s US Sales Climb 2.6 Percent in 2015 Thanks to SRX, Escalade 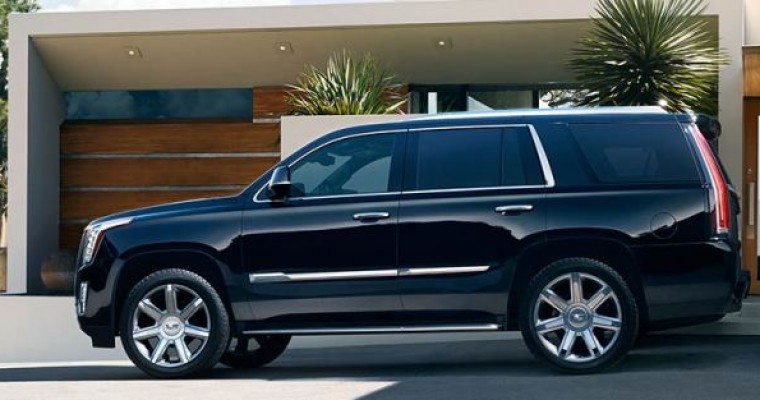 Cadillac sales climbed significantly in December, rising 28.7% and solidifying a year of overall positive sales gains for the brand. Cadillac delivered 20,787 vehicles in December thanks to all but one vehicle in its lineup pulling down double-digit year-over-year sales gains, bringing its year-end total to 175,267 vehicles sold throughout 2015. In December, sales of […]

Check Out the Lexani 2015 Concept One Cadillac Escalade 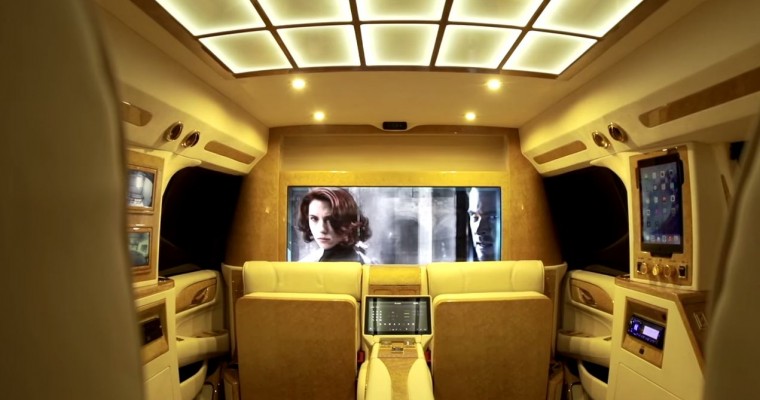 Today we stumbled upon the Lexani 2015 Concept One Cadillac Escalade from Lexani Motorcars, a luxury car outfitter, and holy crap is it awesome. It looks like something a French king from the late 1700s should be riding around in—you know, if only they had cars back then and weren’t constantly worried about being beheaded […]

2015.5 Cadillac Escalade to Get 360-Degree Camera and New Transmission 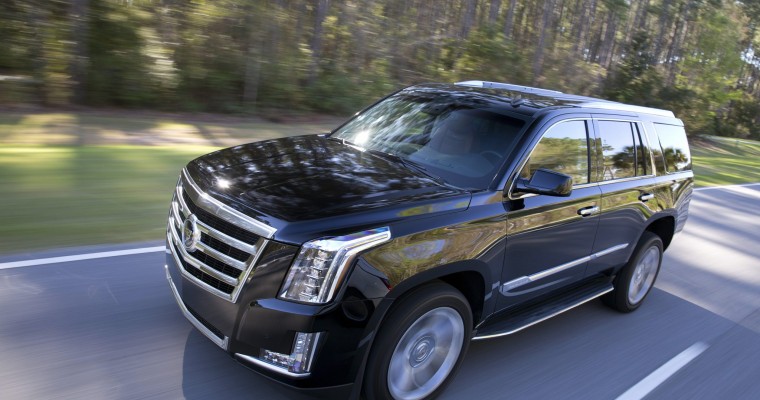 Although the 2015 Cadillac Escalade is new to the scene, the luxury automaker plans to put out a 2015.5 Cadillac Escalade with a slew of updates, including the new Cadillac emblem (now without the wreath) and an all-new Platinum model (which will be the highest trim). But, according to AutoGuide.com, that’s not all we can […]

Cadillac is doing an excellent job teasing the all-new 2015 Cadillac Escalade. Set to be revealed on October 7, Cadillac has released a couple teaser photographs of the Escalade and primed people’s anticipation by announcing that photographer Autumn de Wilde will shoot images and video of the SUV. However, now Cadillac has turned their customers’ […]

History of the Cadillac Escalade 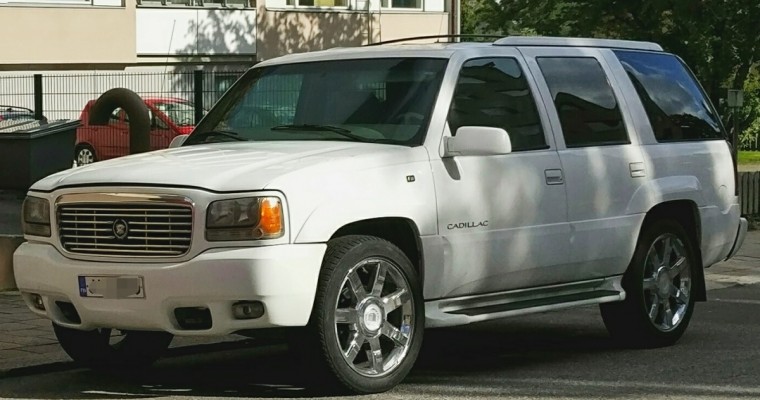 The utmost luxury in the Cadillac lineup can be found in the large Escalade SUV. This model was the first major entry from Cadillac into the SUV market and was made to compete with other high-end vehicles like the Range Rover, Lexus LX, and Lincoln Navigator. Now in its fifth generation, the Escalade is more […] 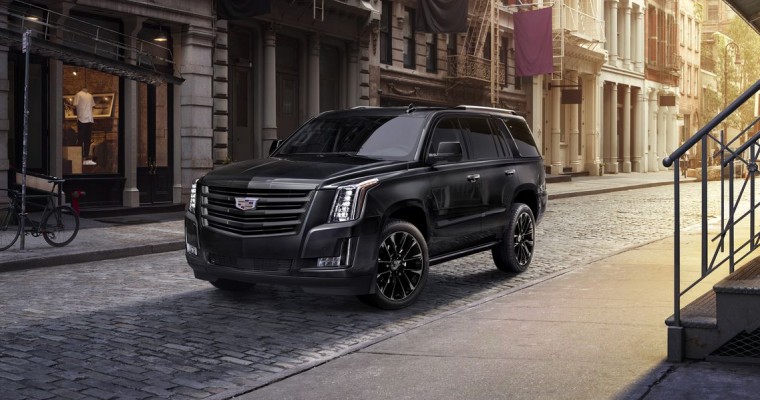 If the current COVID-19 pandemic has taught us anything, it’s that we can’t always expect the proverbial show to go on. The ever-evolving situation surrounding the virus has derailed many car-related shows and events around the world over the last few months. As the crisis continues, it’s likely that even the most long-lasting car-centric events […]