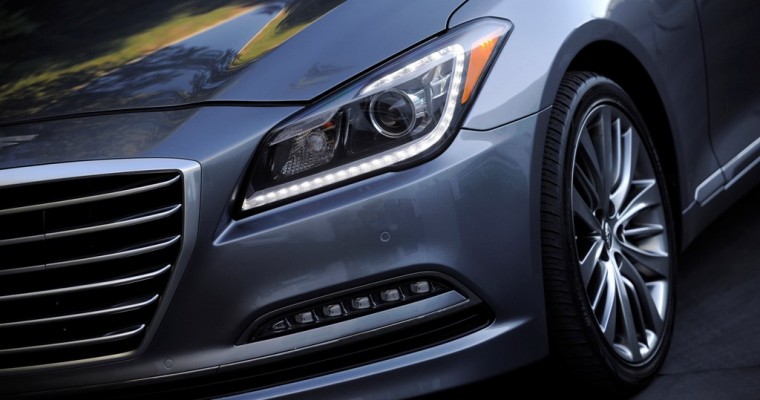 As Genesis becomes its own luxury sub-brand over the coming year, the last Hyundai-badged Genesis sedan is released for the 2016 model year. This vehicle has its own upper-class refinement that sets it apart from the rest of the 2016 Hyundai lineup. Get your hands on the 2016 Genesis before it gets redesigned as part of the […] 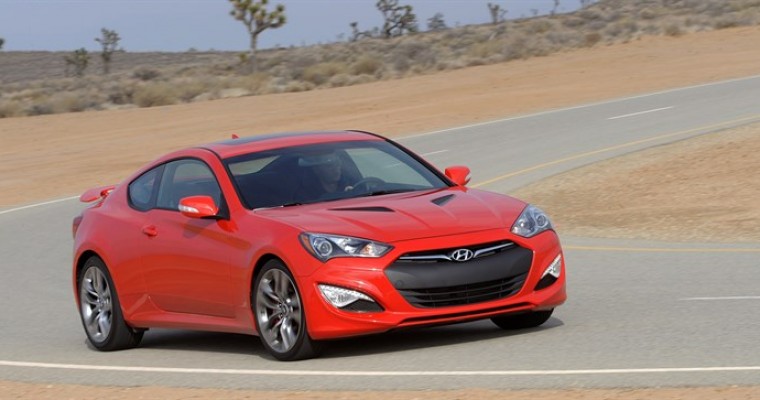 If you like the practicality of Hyundai’s models but think they’re a bit boring for your taste, the 2016 Hyundai Genesis Coupe might be what you want. More than just a two-door version of the brand’s luxury sedan, the Genesis Coupe is a sporty, high-performance vehicle with an identity of its own. The Style of […] 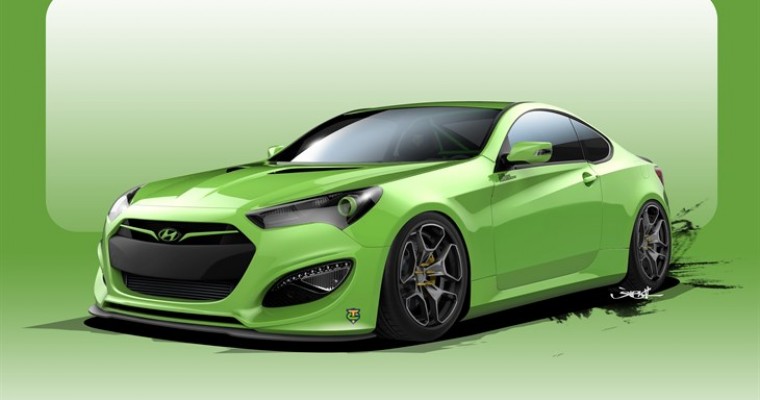 Have you been keeping an eye on all the modified Hyundai vehicles on display at this year’s SEMA Show? If you’re counting, this wild green Genesis is the sixth officially announced. TJIN Edition RoadShow has announced details on its first modified Hyundai: the TJIN Edition Genesis Coupe. The 3.8-liter Lambda V6 engine has been supercharged to surpass […] 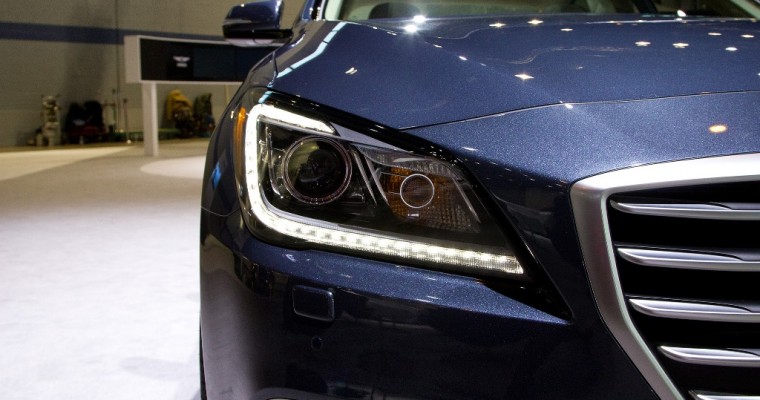 The next-generation Hyundai Genesis Coupe has been spotted being tested, and exciting news has been revealed concerning its upgrades. Like The Korean Car Blog predicted earlier this year, it appears the next Genesis Coupe is in fact getting what it deserves. After spotting a test mule, sources have confirmed a twin-turbocharged V6 engine is on […] 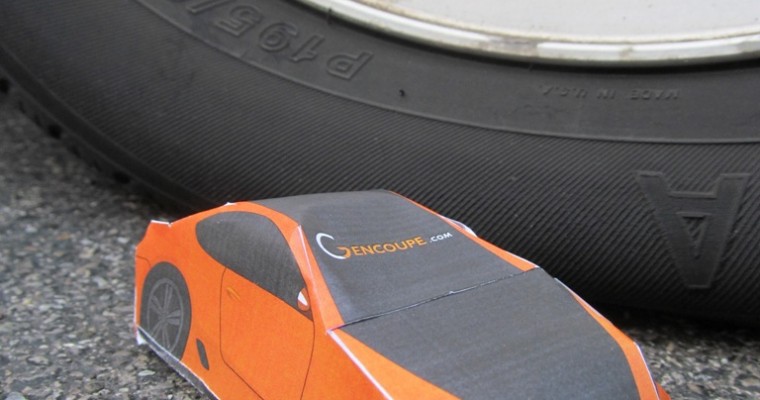 Looking for a new hobby? Perhaps you consider making papercrafts! It’s a fun activity that people enjoy both here and in Japan. All you need is a printer, a pair of scissors, a gluestick, and a lot of spare time. The result: a 3D model car of your favorite automobile! If you’re new to assembling […]

2015 Hyundai Genesis Awards Are Becoming Too Numerous to Count 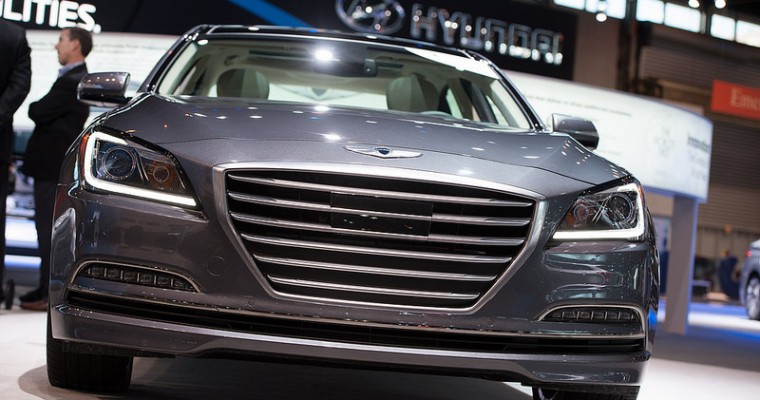 If the rousing sales numbers for the 2015 Genesis weren’t enough to prove the luxury sedan has become Hyundai’s most successful model in recent history, skeptics have a multitude of prestigious awards to choose from. If you already thought the Genesis had a good run this year after garnering an IIHS Top Safety Pick+ and […] 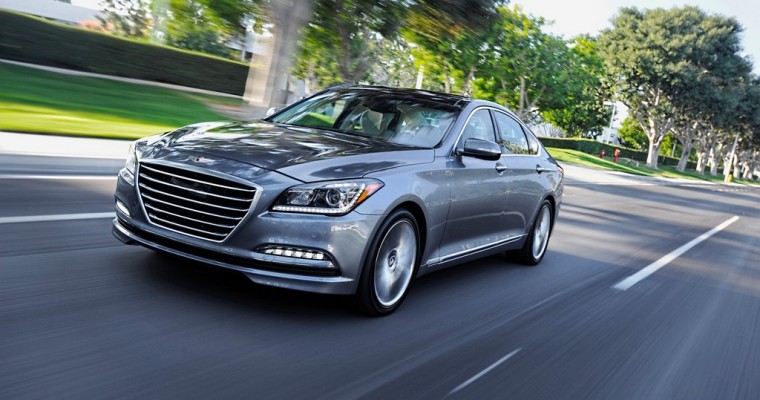 Not too long after the Hyundai Genesis drove home with the title of IIHS 2014 Top Safety Pick+ (the only rear-wheel-drive vehicle in its class to do so), the recently redesigned luxury sedan is making room for another trophy, and this one is for the record books. Across the globe, the Australasian New Car Assessment […] 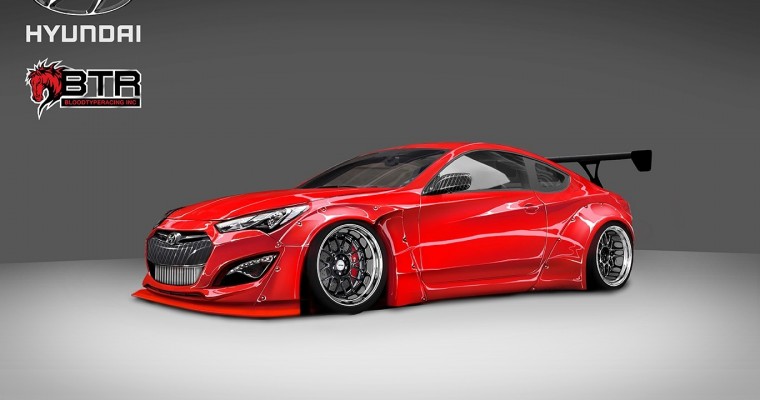 The 2007 Zenvo ST1… the Bugatti Grand Sport… the Lotus Exige… the 2014 Hyundai Genesis… Wait, something about that list doesn’t seem right. Who put the Genesis in a list with other performance cars that reach over 1,000 horsepower? Blood Type Racing Inc (BTR) did! For the 2014 Specialty Equipment Market Association (SEMA) Auto Show, […] 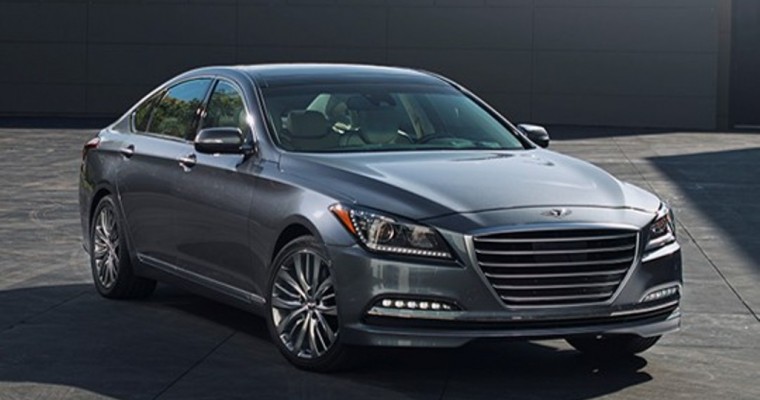 Safety is no longer an option in vehicles. With safety regulations getting more stringent as new technologies develop, keeping up must be a challenge for automakers. Hyundai, it seems, was up to that challenge when it built the 2015 Genesis. Thanks to its strong frame, nine airbags, and standard traction and stability control, the Insurance […] 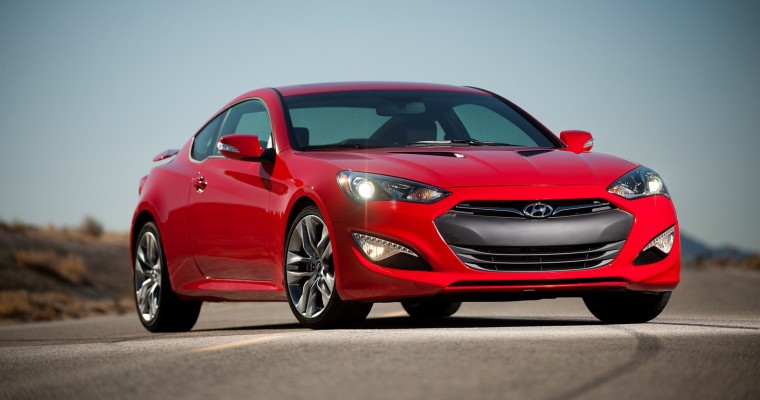 Although you probably associate Hyundai with small, budget-friendly (yet still fun-to-drive) cars like the Veloster or Sonata, the automaker offers a few higher-end performance models you might not be as familiar with. The Hyundai Genesis Coupe, for example, combines rear-wheel drive with available features like Brembo brakes for a whopping 348 horsepower. Now, according to […] 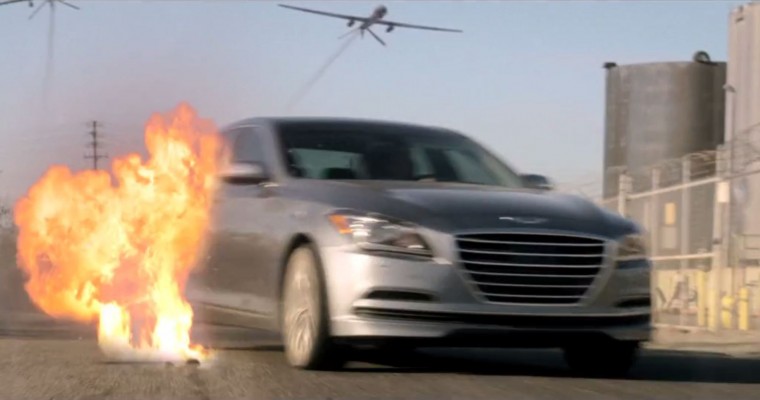 During last week’s premiere of Legends on TNT, starring the perpetually-expendable Sean Bean, the commercials were replace with a 9-minute short film dedicated to the 2015 Hyundai Genesis. Being that Bean’s character also drives a Hyundai Genesis, it seemed like a perfect opportunity for Hyundai to further promote their product by placing it even more cinematic […] 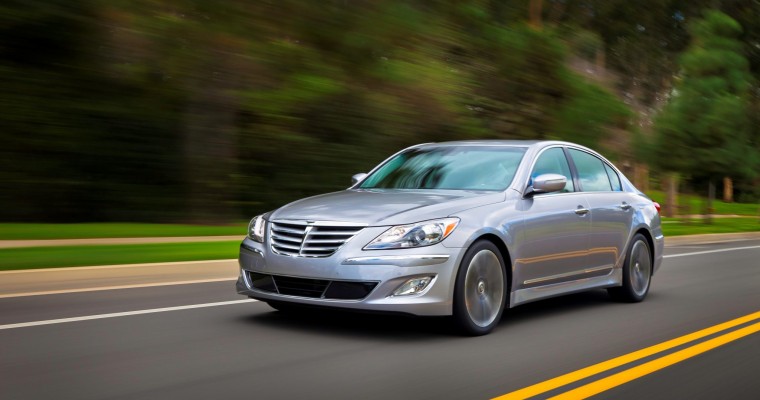 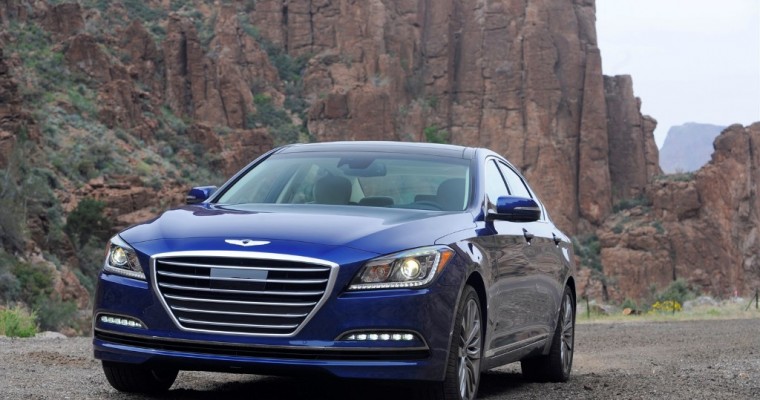 Now before you get too excited, the technology isn’t actually on the market right now, but Hyundai has the potential to save you from paying speed camera fines somewhere down the road. Reportedly, the Hyundai Genesis (in Australia, mind you) could one day use its GPS and braking technology in tandem to detect speed cameras, […] 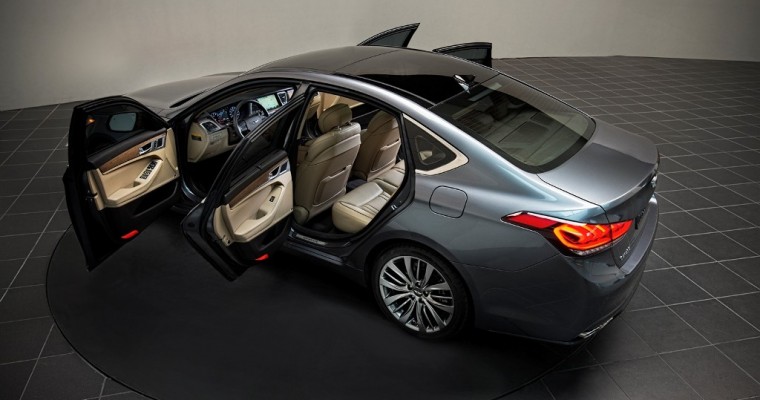 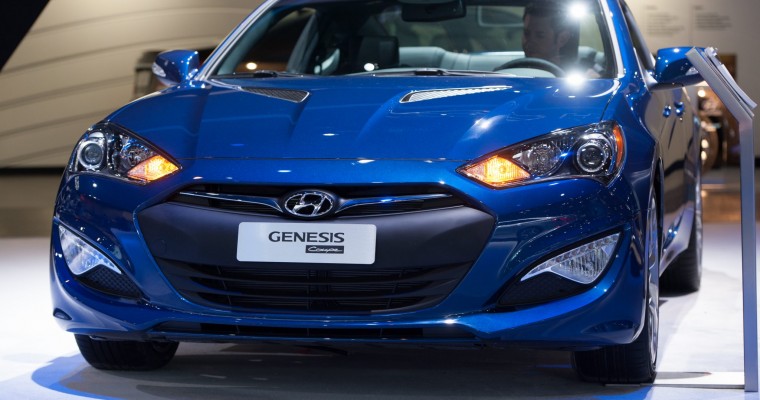 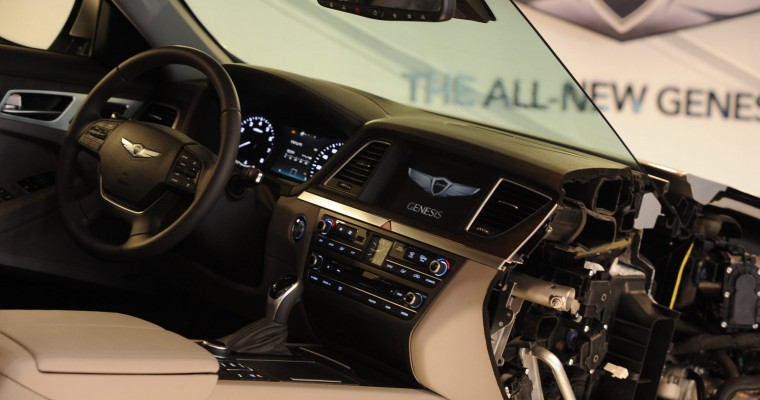 The 2015 Hyundai Genesis promises to be a benchmark vehicle for the Korean automaker.  The second-generation of Hyundai’s Blue Link® in-car telematics/infotainment system is set to debut in the 2015 Genesis when it arrives in the Spring, and PCWorld and TechHive already gave it their Best Car Tech award. Most Loved: Hyundai Most Loved Vehicles: […] 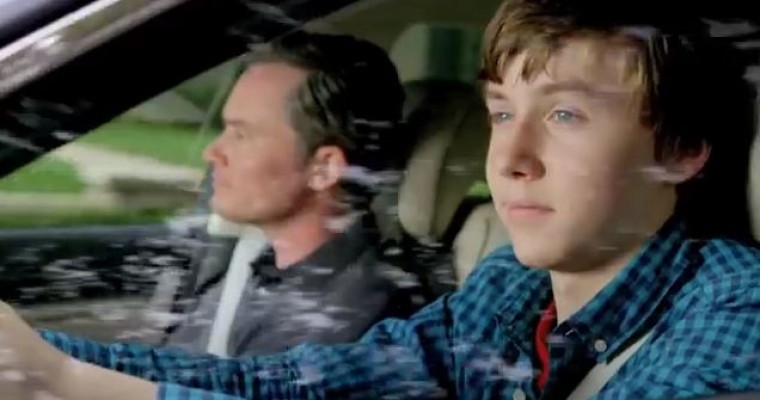 In an overflowing cesspool of generally rotten Super Bowl ads, a single truly great one stands out from the rest. The 2015 Hyundai Genesis Super Bowl commercial worked to fuse humor, charm, and a touch of sentiment into a spot that just really resonated with many viewers (unlike the brand’s Elantra ad). The 30-second spot, […] 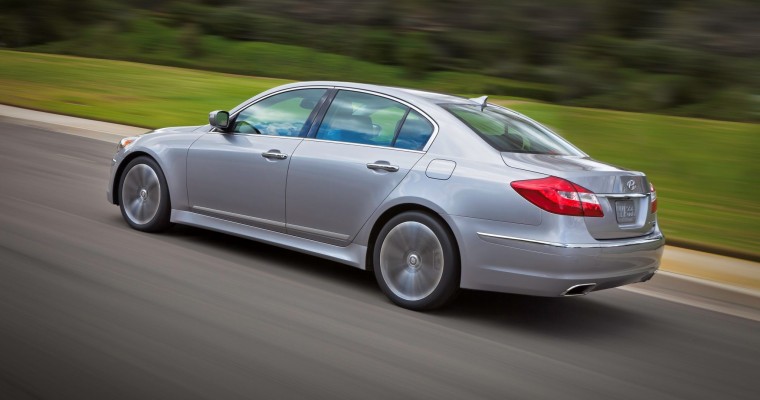