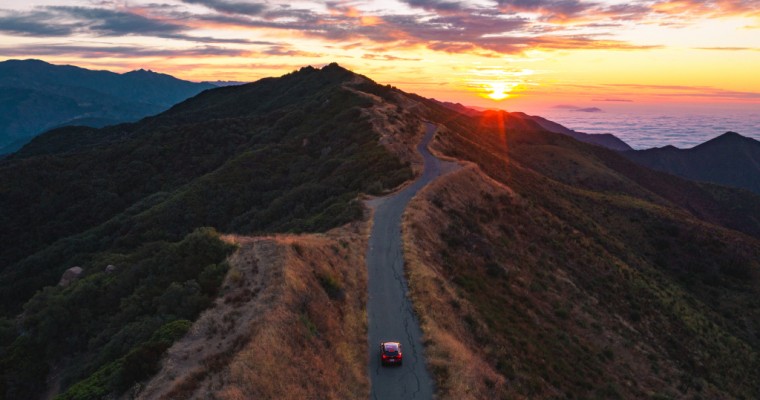 Although millennials have been cited as the reason for the downfall of every industry, ranging from canned tuna to diamonds, it seems that they’re embracing one classic American tradition: the road trip. According to a study commissioned by Mazda, millennials find road trips to be a fun, relaxing and engaging way to spend free time […] 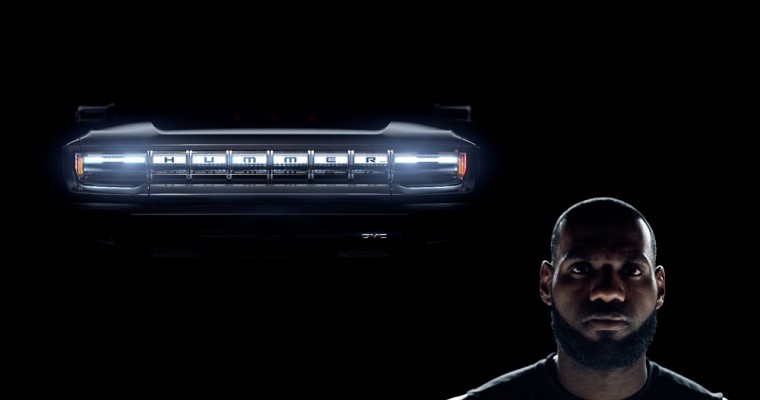 After GMC introduced its new Hummer EV in a Super Bowl advertisement, Piplsay conducted a survey about the success of the advertisement and the potential success of the new truck. One interesting finding from the survey was that millennials seem to be the most attracted to the Hummer EV. A Truck Bed to Handle the […]

Millennials Trust the Auto Industry More Than Their Parents 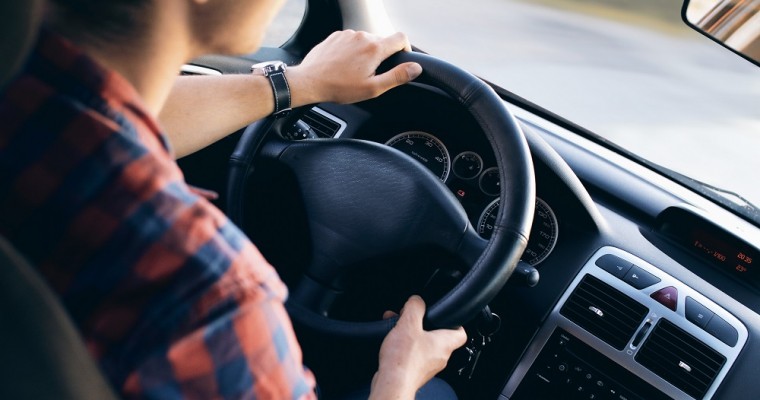 There have been a lot of changes in recent years to the auto industry, from the growth of driver-assist technologies and the development of longer-range electric cars. According to a recent U.K. study, the good news is that Millennials are ready to stick with the industry for the long run – more so than their […]

New Study Says Millennials Are as Interested in Driving as Boomers 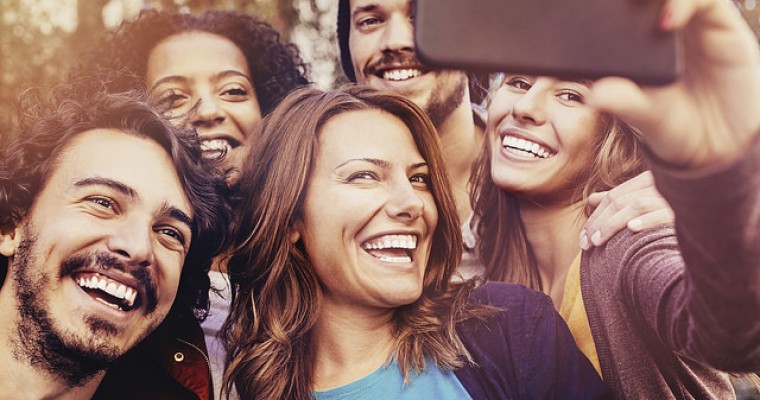 Some studies indicate that fewer Americans are getting their driver’s licenses, particularly teenagers. But other studies show an increase in the number of driver’s licenses, which indicates that young adults in the U.S. might be just as interested in driving as previous generations. Have License, Will Travel: Find new tires to boost your confidence on […] 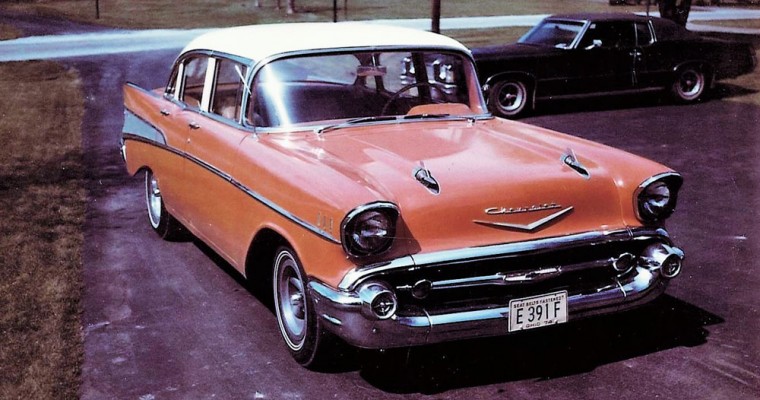 Although boomers seem to have cornered the market on collecting, driving, and purchasing classic cars, members of Gen X and Millennials are staking their claims in the world of car collecting, as well. Check Out: Robert Downey Jr. commissions Captain America Camaro for co-star “It’s true that baby boomers account for the plurality of demand in […] 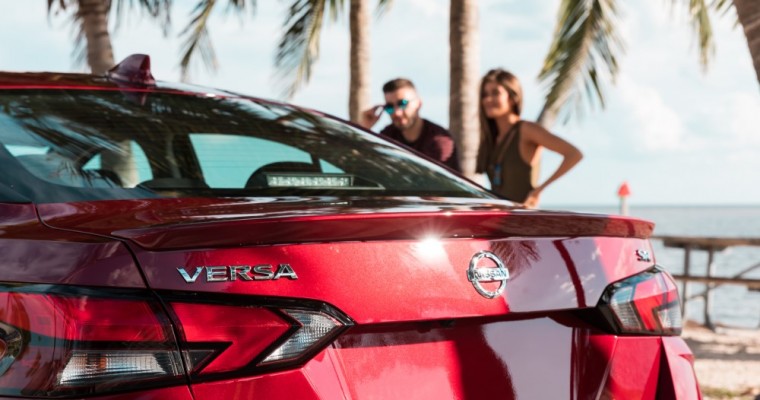 There’s no question that the world of cars is changing. If sales numbers are any indication, drivers now prefer crossover vehicles and trucks to puny sedans. Nissan isn’t so sure that’s the truth, and now it has the data to back up its continued commitment to sedans like the Nissan Altima and Maxima. Take it Home for Less: Learn […]

Kevin Harvick’s Millennial Mustang Sure Was Something, Wasn’t It? 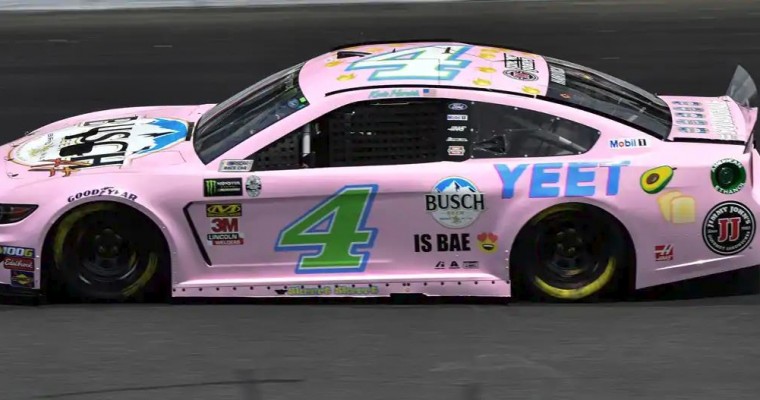 If you were watching the Monster Energy NASCAR All-Star Race at Charlotte Motor Speedway this past weekend, you may have at some point in the evening fallen under the distinct impression that your brain had betrayed you. It couldn’t be possible, you may have thought, that Kevin Harvick was driving around in a Ford Mustang […] 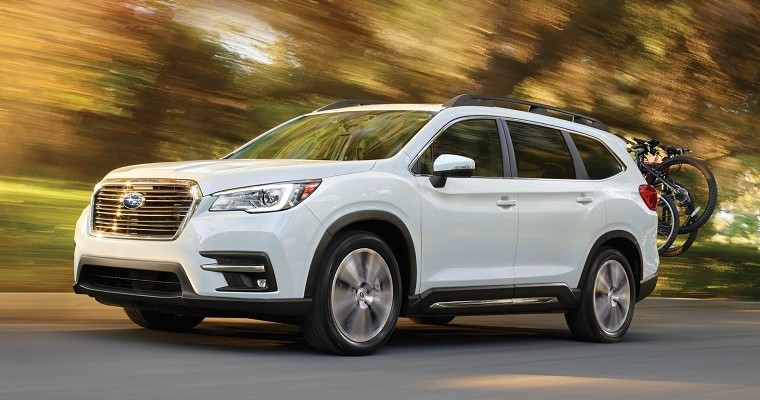 Parents.com named the 2019 Subaru Forester and Subaru Ascent to its list of “10 Best Family Cars of 2019” this week for their commitment to convenience, value, and safety. This family-focused website carries a knack for finding tried-and-true vehicles for millennial moms and dads. In selecting this company of cars, Parents.com closely assessed 30 vehicles […] 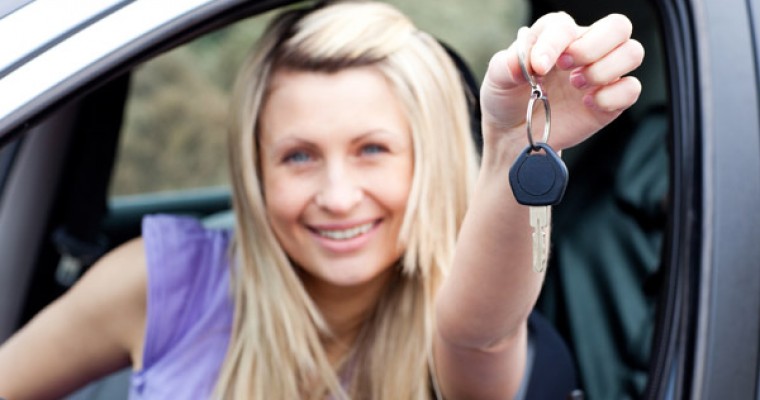 Chevy seems to have found a loyal fan base among Millennials and younger car buyers (Gen Z). A study by AutoList.com, which included the responses of approximately 1,750 car shoppers, posed three questions to survey respondents, and when the answers were tallied, Chevy came out on top. Learn More: About the 2019 Chevy Equinox The […]

Millennials are quickly becoming a dominant consumer group in the U.S., especially since there’s an estimated 71 million of them, per QuoteWizard. The auto industry is just one market this group impacts. From boosting RV sales to advocating for more public transit options, this demographic is definitely shaking up previous trends. Now, it turns out […] 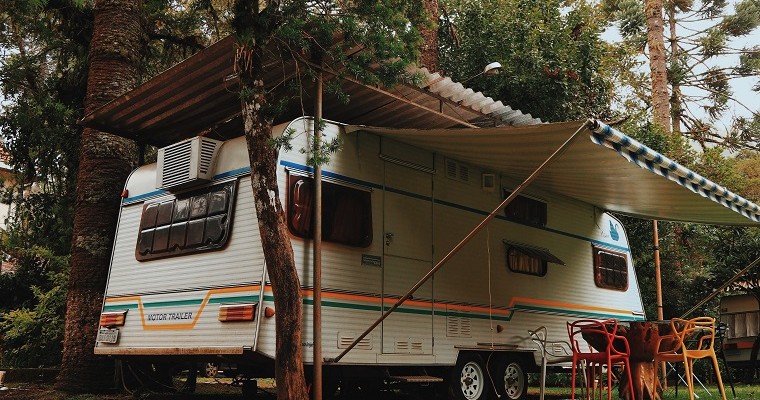 Last month we reported that the recreational vehicle market was set for rapid growth, and as it turns out one of the primary and perhaps unlikely markets driving that growth is millennials. According to the Recreational Vehicle Industry Association, a trade group based in Washington DC, the average age of RV owners is now 45, […]

Photo: Life Of Pix Young professionals in the Badger State want more options for public transportation, according to a new study. The WISPIRG Foundation’s report, entitled “Millennials On the Move,” confirms millennials’ unique attitude toward vehicle ownership. As WISPIRG Foundation organizer and lead author of the report Emma Fisher put it, “Car culture no longer […]

According to Hagerty, one of the world’s largest communities of classic car aficionados, millennials and Gen Xers now comprise the majority of the classic car market. These two demographics used Hagerty’s Valuation Tools and sought out classic vehicle insurance quotes more often than baby boomers and pre-boomers by a margin of approximately 53-47 percent. If […] 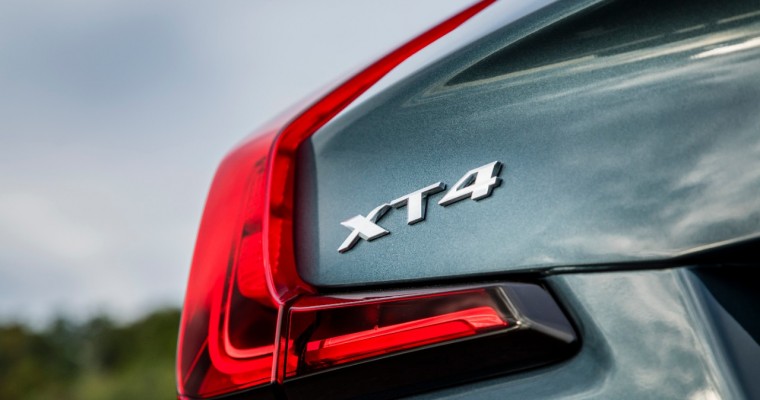 The eagerly anticipated 2019 Cadillac XT4 will start showing up at dealerships over the next few weeks. To coincide with the all-new luxury crossover’s arrival, Cadillac is planning television ads that appeal to potential customers — especially millennial women. Crossovers are among the hottest-selling vehicles right now. Cadillac is hoping to make a splash in that […] 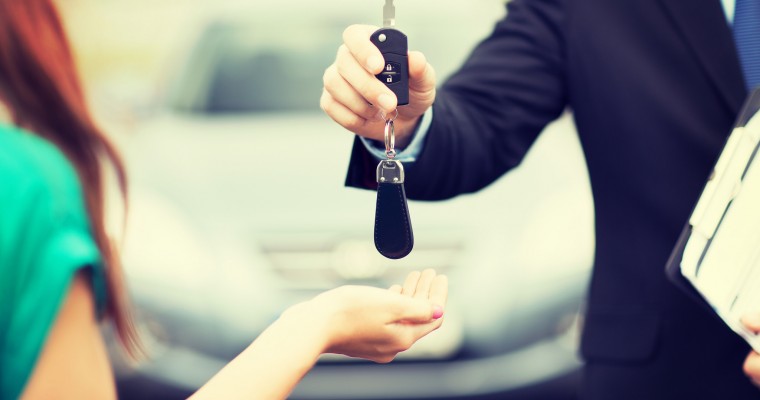 Millennials have become a bit of a joke in journalism circuits, following a steady stream of pearl-clutching articles claiming that this generation is killing everything from vacations to car ownership. Well, it seems that we can add “car salesman” to the list. A new study from Hireology has revealed that car dealerships are having a […]

Millennials Are Creating a Demand for Sustainable Products, Including Hybrid and Electric Vehicles 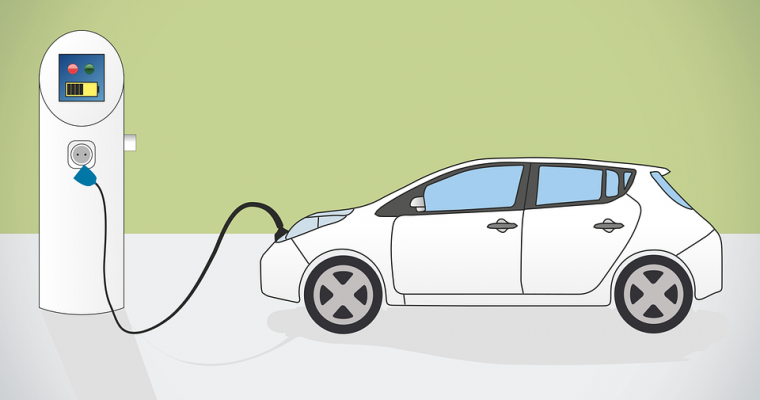 As an automotive journalist, I spend a decent portion of my day reading the news. I like to stay informed about current models, legislation taking effect, and industry trends on the horizon. And if you’ve paid any attention to automotive over the last few years, you probably know that electric vehicles are sparking a lot of buzz […]

You Can Thank Millennials for the Revival of RVs 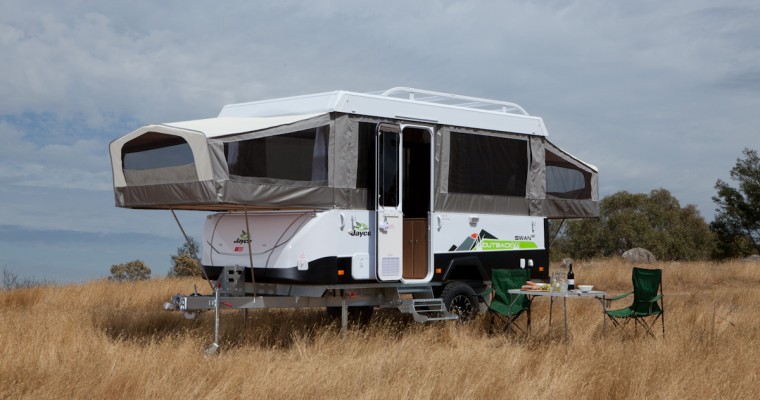 A decade ago, who could’ve imagined that RV sales would be at phenomenally high sales rates in 2017? In the midst of the financial crisis, it was laughable to think that the economy would turn itself around to the point that consumers would be invested unprecedented amounts of money into mobile vacation homes and trailers. But, […] 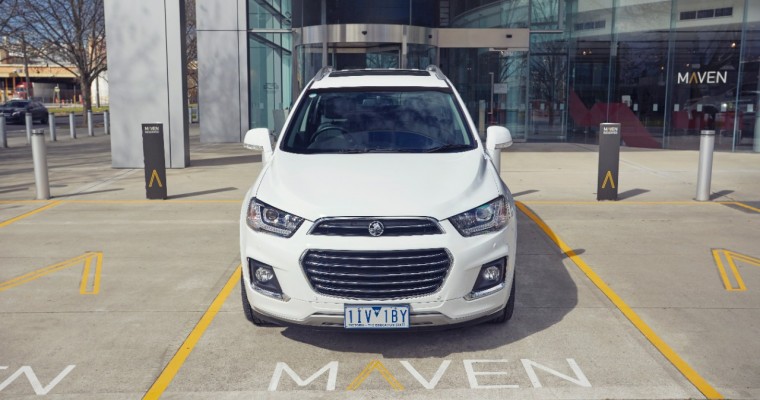 Residents of Sydney and Melbourne now have a new means for getting around and making some extra scratch with the launch of Maven Gig, which brings General Motors’ ride-sharing personal mobility service to Australia in earnest following the introduction of the Maven Campus pilot program that has been in place at GM Holden Headquarters in […]