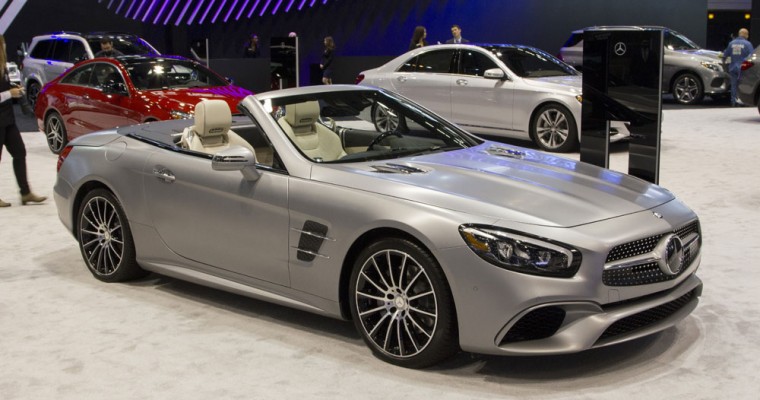 With global sales totals of slightly more than 1 million vehicles so far this year, Mercedes-Benz leads its rivals BMW and Audi in the race to sell the most luxury cars around the world in 2016. For the month of June, Mercedes-Benz sold 188,444 automobiles globally, with 28,473 of those vehicles being sold to United States […] 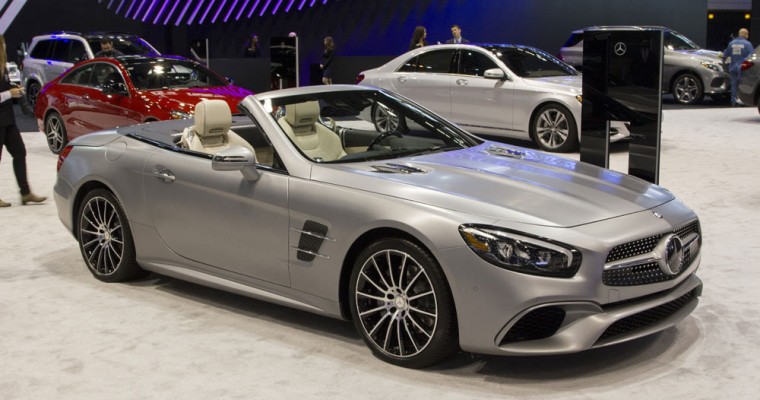 Ever since its debut in the 1950s, the Mercedes-Benz SL has been one of the most prestigious roadsters available on the auto market, but thanks to a redesign for the 2013 model that didn’t exactly go over very well, the SL convertible lost a bit of its luster. That’s the reason Mercedes-Benz refreshed its iconic […] 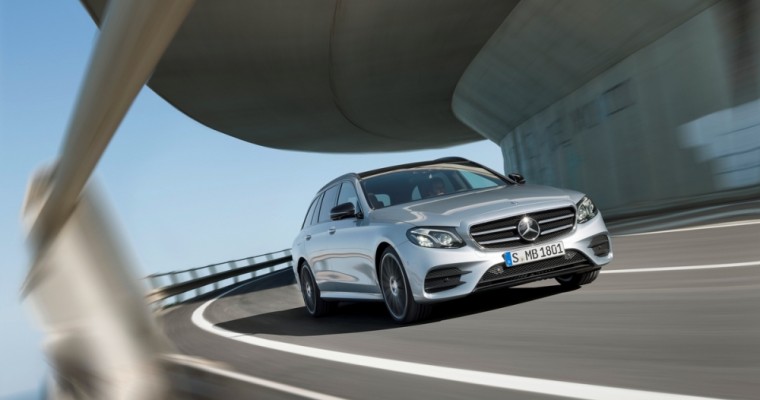 While rumors swirl that Buick could be planning a Regal wagon for the US market, Mercedes plans to continue its dominance in the luxury wagon segment with the impending release of its 2017 E-Class Wagon. The 2017 Mercedes-Benz E-Class Wagon will be available in two trim levels: Luxury and Sport. Both models come equipped with […] 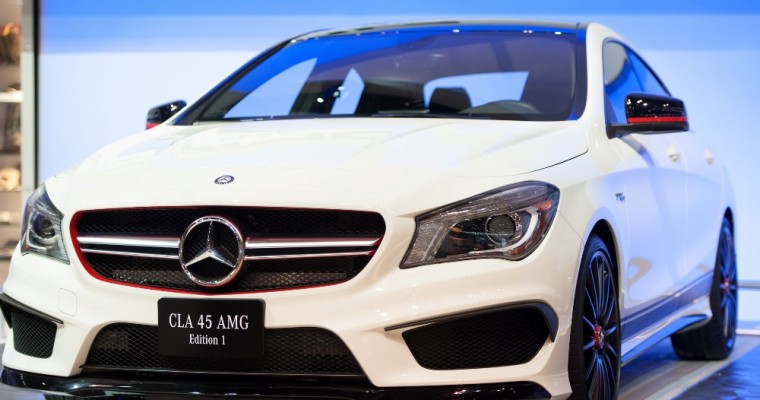 After setting an all-time sales record for the month of April with 29,236 vehicles moved, Mercedes-Benz (MBUSA) has announced it sold another 29,299 luxury vehicles in May. The C-Class was once again the best-selling Mercedes-Benz model in the United States with 6,954 units moved during May. The 2016 Mercedes-Benz C-Class is offered in both coupe […]

5 Celebrities Who Own Mercedes-Benz G-Class SUVs 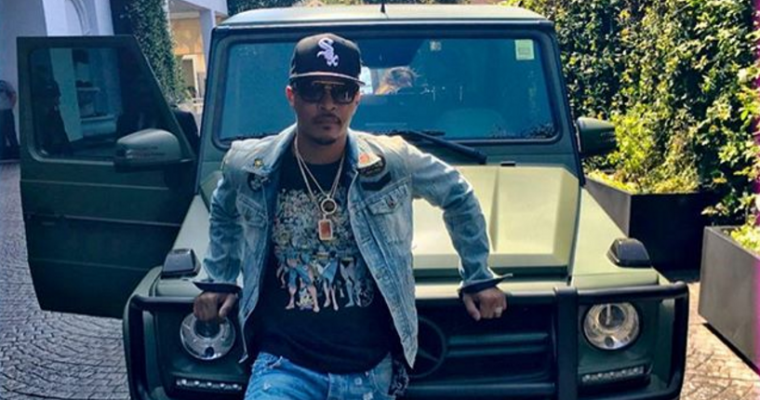 Introduced to the United States in 2002, the Mercedes-Benz G-Class SUV has become the vehicle of choice for wealthy celebrities and business people, who use the luxury vehicle as a symbol for their success and social status. Also known as the “G-Wagon,” the G-Class SUV was originally developed as a military vehicle and has been […] 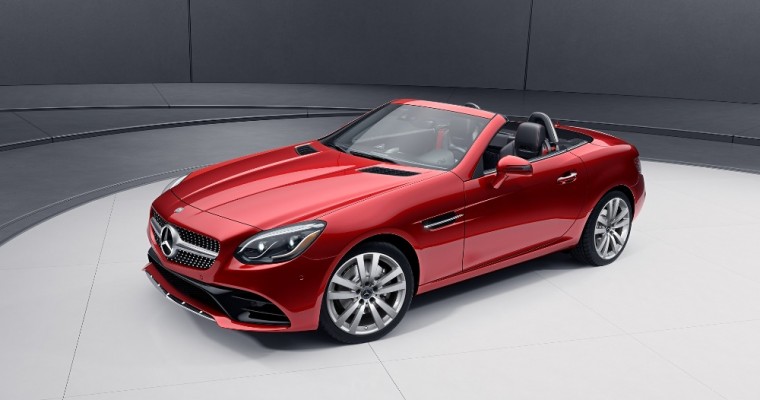 The 2017 Mercedes-Benz SLC is a two-door roadster with a retractable hardtop. This model is the replacement for the outgoing Mercedes-Benz SLK which first launched 20 years ago. The new Mercedes-Benz SLC carries a starting MSRP of $47,950. In addition, the SLC features notable exterior design changes, as well as a new engine option. Key […] 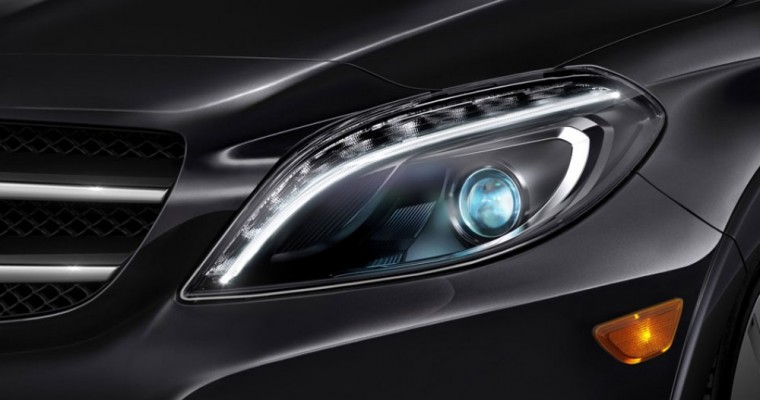 The Mercedes-Benz Sensual Purity design philosophy may sound as though it was inspired by a bad erotica novel, but there’s a lot more to it than meets the eye—metaphorically speaking, that is, since eyes are literally what design languages speak to, after all. For automakers, it’s important to develop a unique yet consistent design that […] 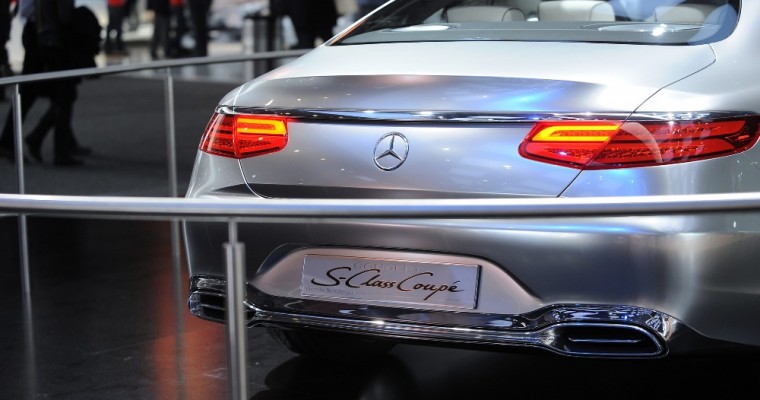 The Mercedes-Benz luxury auto brand has increased its lead over rivals Lexus and BMW after experiencing its best month of April–in terms of sales–in company history. Mercedes managed to move a total of 29,236 luxury vehicles last month, which accounted for a 0.2% sales increase. That figure did not include the 2,589 vans and 466 […] 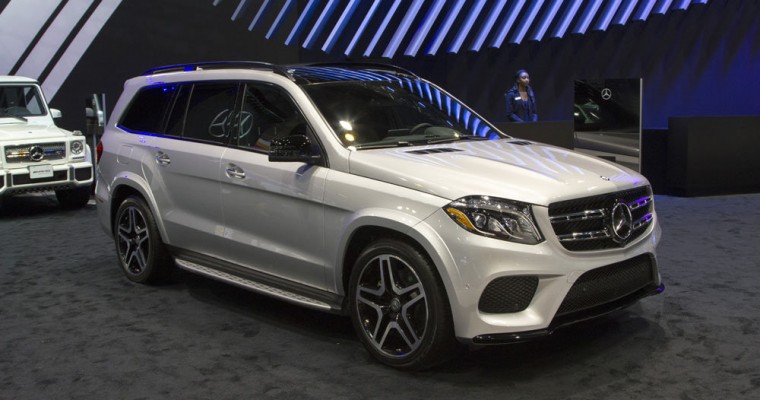 Saturday Night Live Plugs Mercedes-Benz “AA Class,” Mercedes Gets in on the Joke 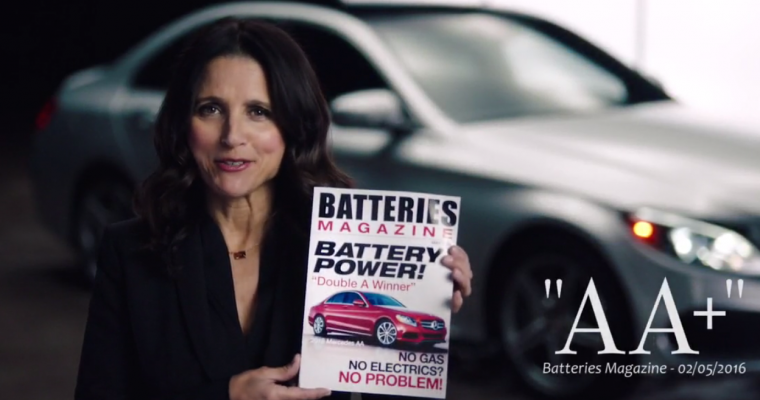 Veep star and former Saturday Night Live  cast member Julia Louis-Dreyfus hosted last week’s episode of SNL, and as often happens on the show, her talents were largely wasted on some pretty mediocre sketches. One highlight of the evening, though, was a fake commercial for a very innovative (and absurd) type of electric car from […]

Did Steph Curry Buy His Wife a Mercedes-Benz G-Wagen? 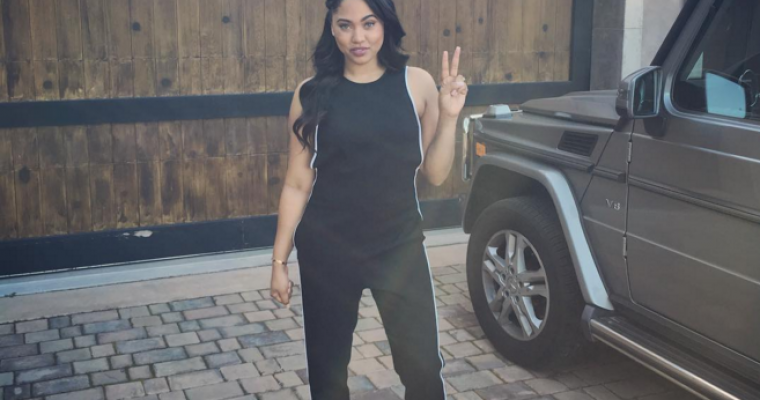 NBA superstars are known for driving some pretty unique cars. Cleveland Cavaliers forward LeBron James is an adamant supporter of the Kia K900 and Houston Rocket’s center Dwight Howard owns a customized Dodge Challenger Hellcat, but have you ever wondered what the wives of famous NBA players drive? If your name is Ayesha Curry and […] 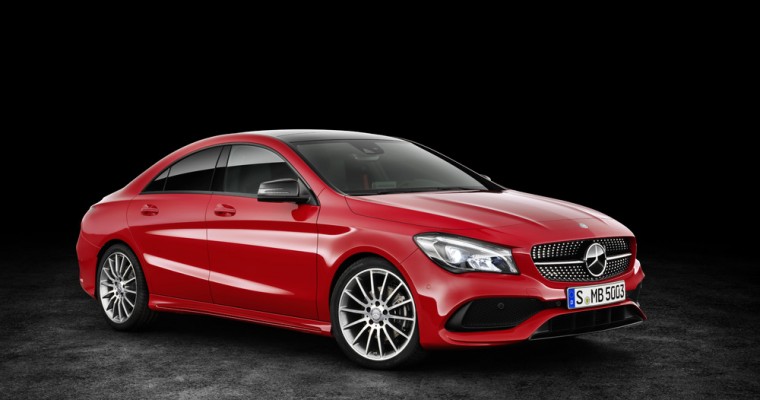 The popular Mercedes-Benz CLA compact sedan received a number of styling updates and will come with more available features for the 2017 model year.   The 2017 version of the CLA will wear a diamond radiator grille, redesigned bumpers, and new alloy-wheels will also be offered. A rearview camera has been added as a new […] 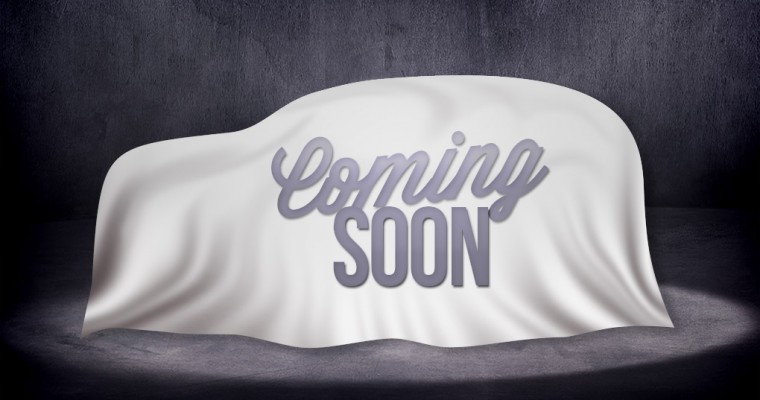 According to a new report from British site Auto Express, German automobile manufacturer Mercedes-Benz will be showcasing a new mid-size pickup truck at the Paris Auto Show in October. The new truck will reportedly just be a concept model with the final retail version scheduled to go into production in 2017. The truck is expected to […] 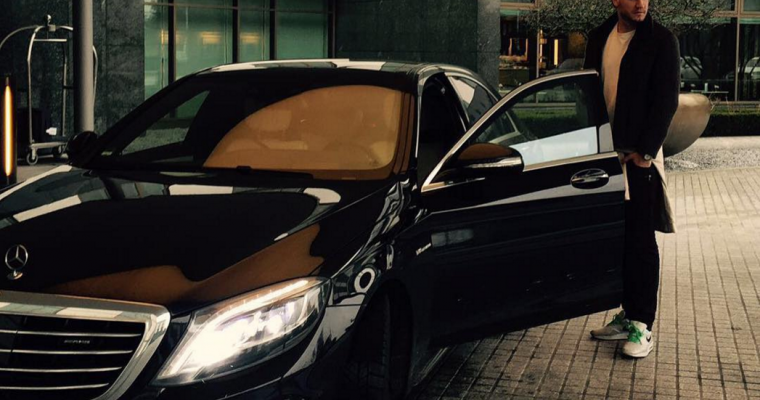 It’s probably not a good idea to take a picture next to a Mercedes-Benz sedan when you play for a professional soccer team owned by the Volkswagen Group, but when your name is Nicklas Bendtner, you do things your own way. “On my way to another session,” Bendtner wrote in an Instagram photo caption, which […]

The Mercedes-Benz Sprinter Extreme Concept Will Blow You Away 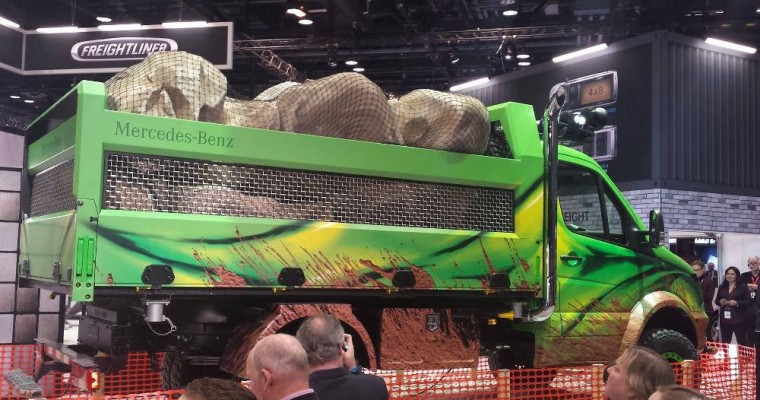 Mercedes-Benz brought a new concept vehicle to the 2016 Chicago Auto Show, and it’s not what many people would expect from the German automotive brand. The Sprinter Extreme concept is actually a Sprinter 3500 Cab Chassis that has been fully modified by long-time Mercedes-Benz customizer RENNtech. A custom roof rack has been added to the […] 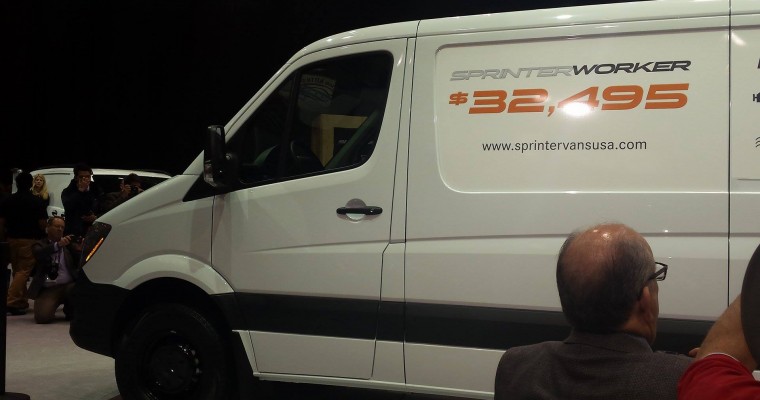 Mercedes-Benz Van enthusiasts will be happy to hear the German automotive brand showed off a more affordable Sprinter van today at the 2016 Chicago Auto Show. Dubbed the Worker, the new entry-level van features a starting price tag of $32,495, which makes it only slightly more expensive than the more diminutive 2016 Mercedes-Benz Metris. To […] 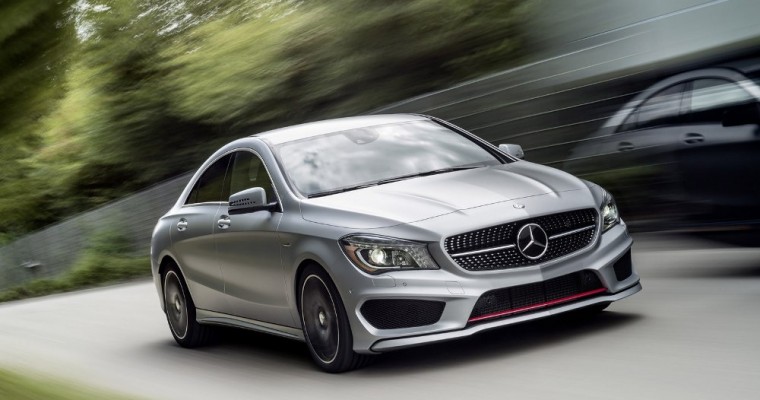 The 2016 Mercedes-Benz CLA is a four-door luxury coupe with a starting MSRP of $32,050. The Mercedes-Benz CLA is available with a powerful 375 horsepower turbo engine that enables the CLA to rocket from 0 to 60 mph in a mere 4.1 seconds. The new CLA competes in the same segment as the 2016 Audi […] 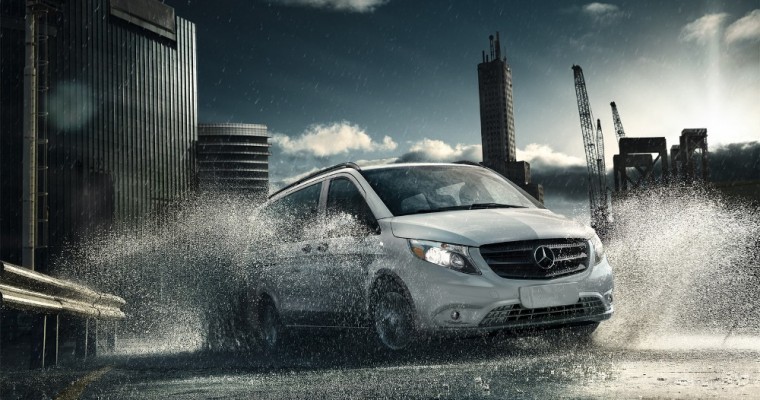