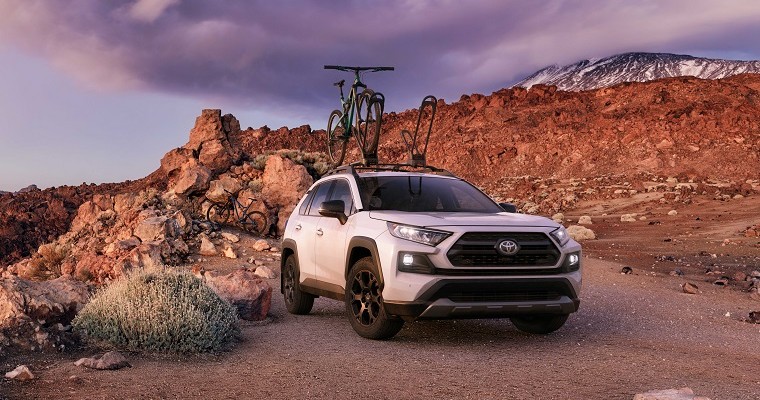 The 2020 Toyota RAV4 has officially joined Toyota Canada’s lineup of 2020 models with a new TRD Off-Road model certified to bust trails. It joins a rugged and extensive lineup of RAV4 models, which is now offered at 11 trim levels, including five hybrid models and two models specially tuned to handle off-road challenges. Compared […] 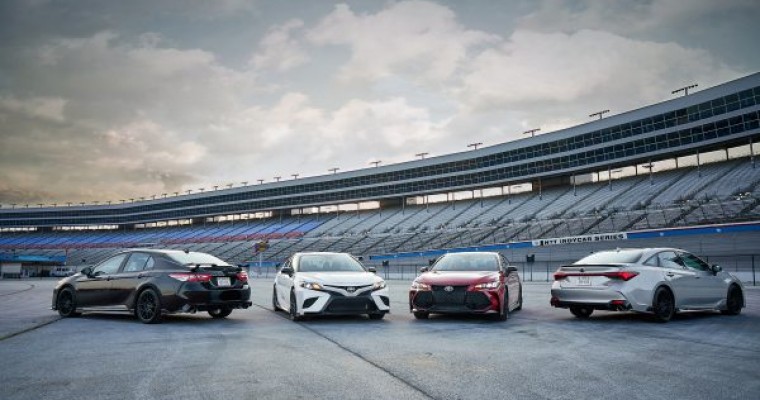 Toyota’s TRD division is known for its powerful off-road versions of the Tundra and Tacoma trucks, and the 4Runner SUV. But now, the TRD moniker is making its way to the Camry and Avalon sedans. The TRD Camry and Avalon will have more agile handling, and unique TRD styling both inside and out. Gallery: 2020 […] 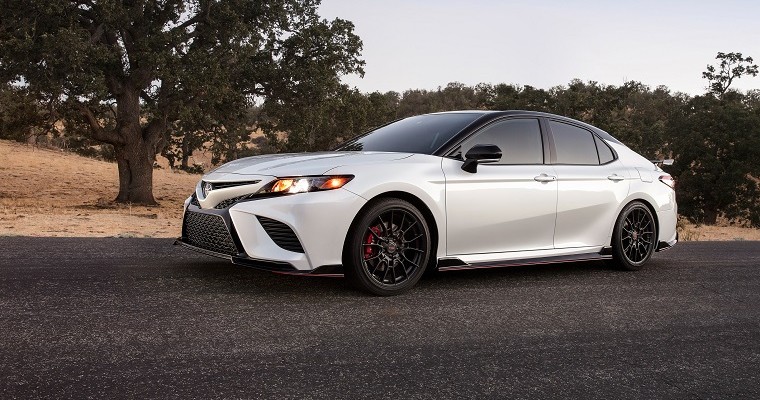 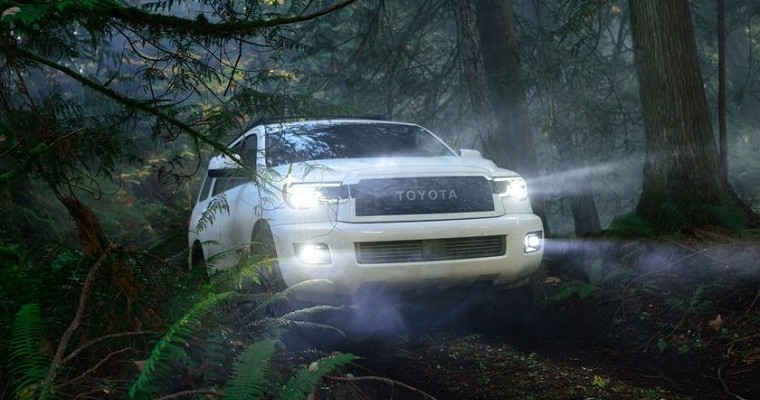 Toyota Canada is welcoming the new Sequoia TRD Pro to its lineup of rugged off-road vehicles. With this new addition, Canadians now have five options for the full-size SUV that focus on a variety of different comfort, space, performance, power and other features. Already a capable SUV, the Toyota Sequoia becomes virtually unstoppable with TRD […]

This Is What You Get From a Toyota Supra TRD 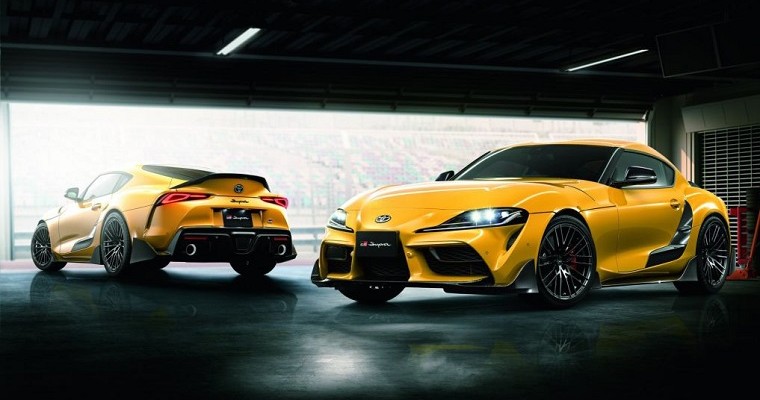 The 2020 Toyota GR Supra has yet to arrive at dealerships but already the company’s racing development branch is showing off what you could get by ordering a Supra TRD instead, and it’s virtually all in carbon fiber. To start off is a three-piece front splitter, which lowers the car by a little over half […] 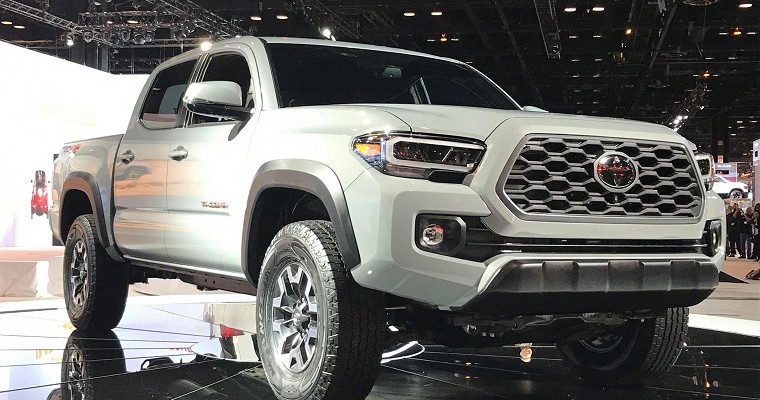 TRD is the name of the game for Toyota at this year’s Chicago Auto Show. For those who aren’t aware, TRD is the acronym for Toyota Racing Development, and vehicles that get the TRD treatment tend to either go ultra-sporty in the case of coupes and sedans, or ultra-rugged in the case of SUVs and […] 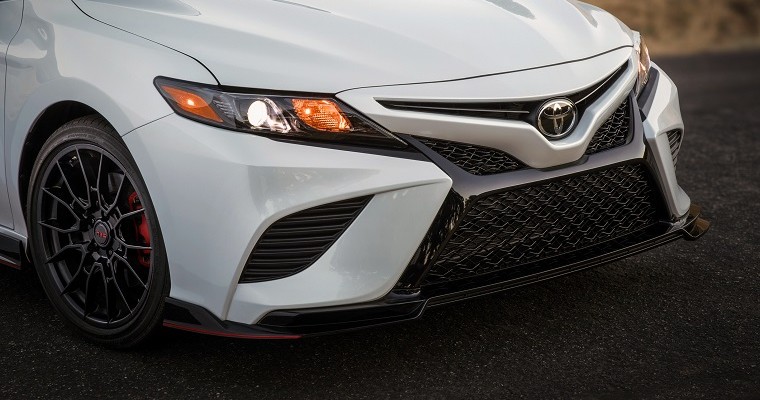 Toyota is not giving up on the passenger car. The automaker has just announced it is making fast, high-performance versions of the Camry and Avalon, which will receive new TRD models for the 2020 model year. Designed in Calty by Toyota Racing Development, the Camry TRD and Avalon TRD will boast aerodynamic-enhanced exteriors and sportier […] 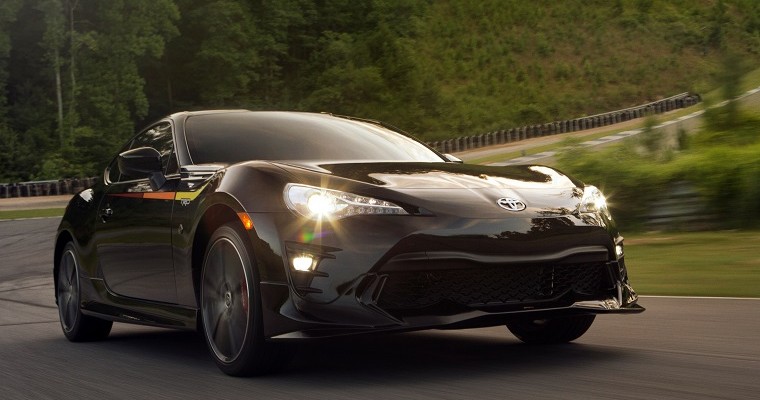 The Toyota 86 is back for 2019 and this time the beloved rear-drive sports car is getting a TRD Special Edition that will make it handle better. Sadly, however, there won’t be extra power. The new model gets SACHS dampers, Michelin Pilot Sport 4 tires, and bigger Brembo brakes, presumably to satisfy the two or […] 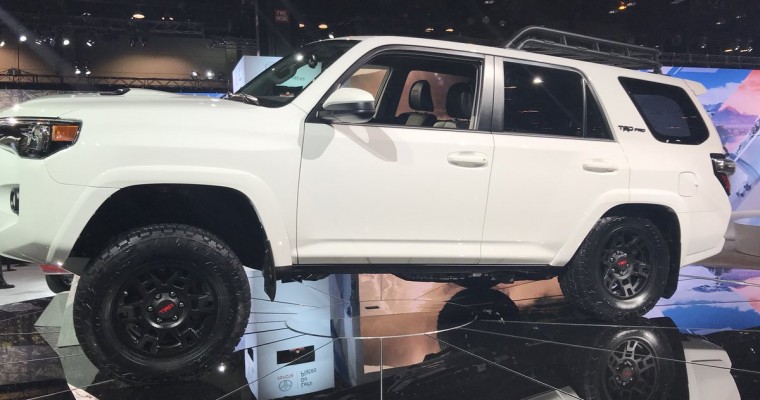 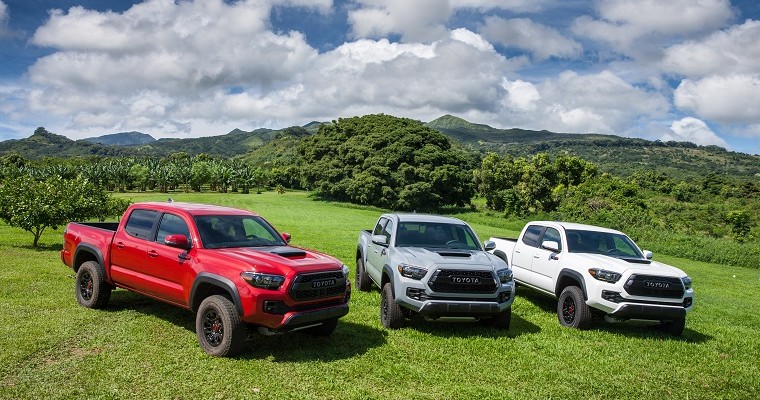 The 2017 Toyota Tacoma TRD Pro was named the Mid-Size Pickup Truck of Texas at the 2017 Texas Auto Writers Association’s (TAWA) Truck Rodeo, leaving the competition in the dirt for the second year running. Every fall, more than 50 TAWA journalists and over 100 manufacturers head to the Truck Rodeo for two days to […] 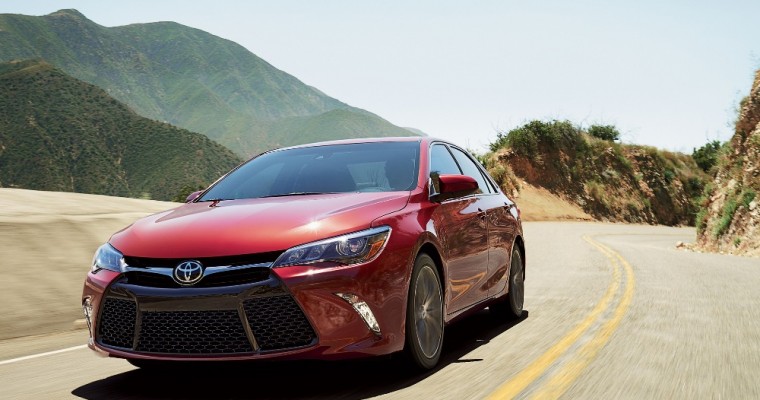 The Toyota Camry is the best-selling sedan in America. It’s simple, safe, user-friendly, efficient, and amenable in almost all conditions. In short, it’s a bit benign—but that’s a good thing when you’re trying to appeal to the average driver. The 2018 Toyota Camry TRD aims to change that. We already know this from the “TRD” […] 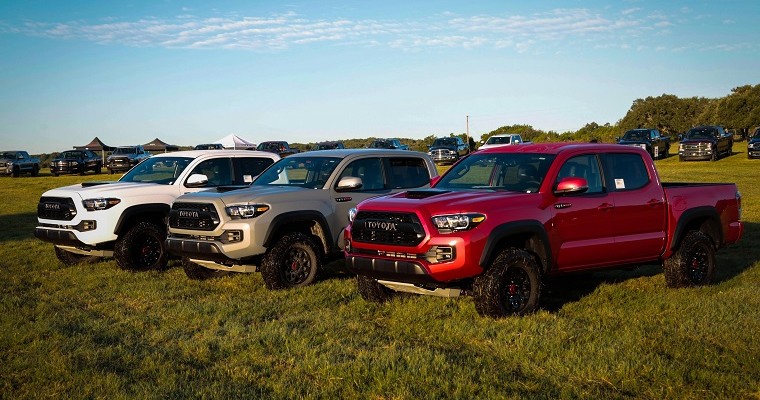 When we think of “truck wars,” we usually think of the ongoing battle between the Ford F-150, Chevy Silverado, and Ram 1500 for full-size pickup truck glory. But the competition between mid-size trucks is just as fierce, if not becoming fiercer in recent years—which makes it all the more impressive that the all-new 2017 Toyota […] 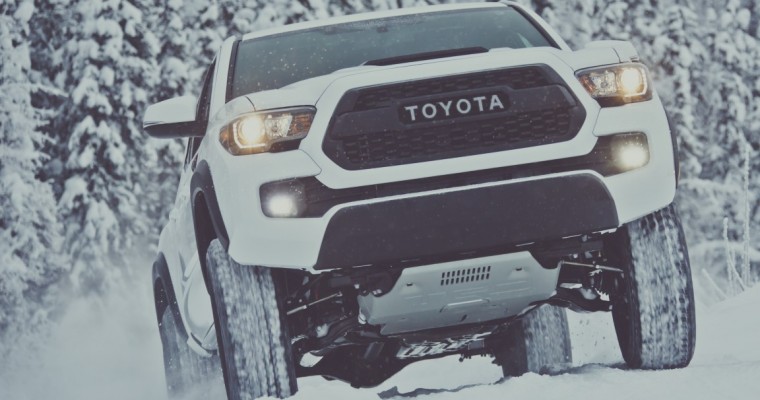 Following the announcement that the 2017 Toyota 4Runner would get two new TRD off-road trims, Toyota has finally revealed the starting price for the hotly-anticipated Tacoma TRD Pro that was unveiled at the Chicago Auto Show earlier this year. The Tacoma TRD Pro is meant to be top choice for any customer seeking off-roading action […] In many overseas markets, the Toyota Fortuner SUV is a big hit. Based on the tough and tested Hilux pickup truck, the Fortuner has the reputation of being ready for anything—from city driving to adventures off the beaten path. Now, Toyota has announced the addition of a TRD (Toyota Racing Development) model to the Fortuner […]

Are We Getting a Toyota RAV4 TRD? Probably. 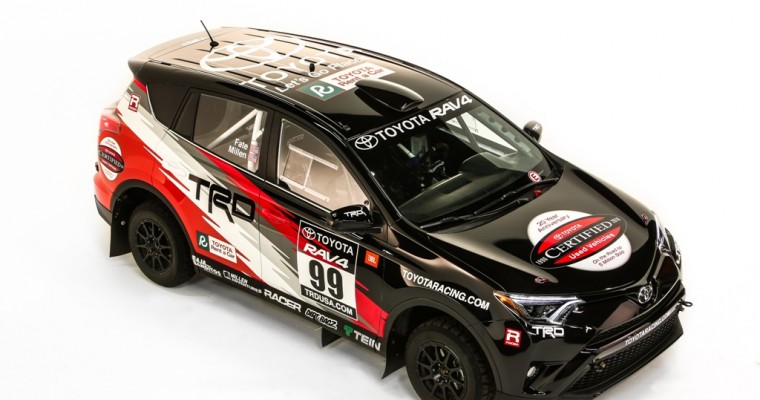 Last week during press days at the Chicago Auto Show, Toyota unveiled its all-new Tacoma TRD Pro Model. While the focus was most definitely on this badass truck, group vice president and Toyota division general manager Bill Fay did also hint at another TRD model: a Toyota RAV4 TRD. At the show, near the end […] 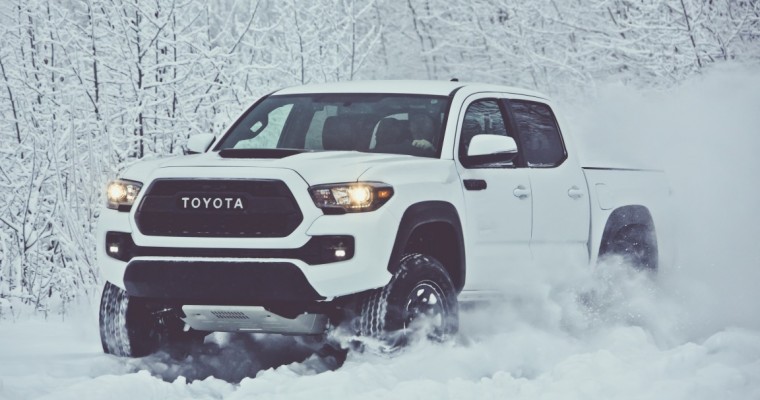 At last year’s Detroit Auto Show, Toyota unveiled the redesigned Tacoma truck for the world to see. Fast-forward just over a year, and the 2016 Tacoma has proven to be a top seller for the Japanese automaker. However, Toyota’s not satisfied with its current Tacoma lineup. In fact, Toyota group VP and general manager for […] 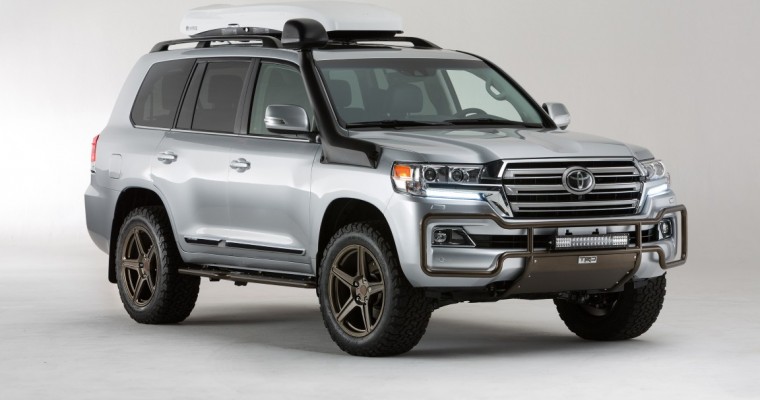 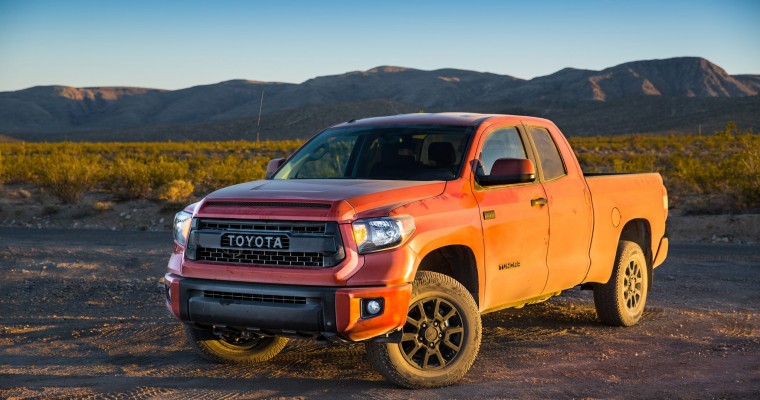 Performance truck fans everywhere will surely shed a tear at the breaking news that Toyota plans to discontinue its TRD supercharger. This was the last supercharger kit to be offered by a truck manufacturer, which means that if you want one, your only option is to get one from an aftermarket supplier. Toyota Trucks: 2015 […]