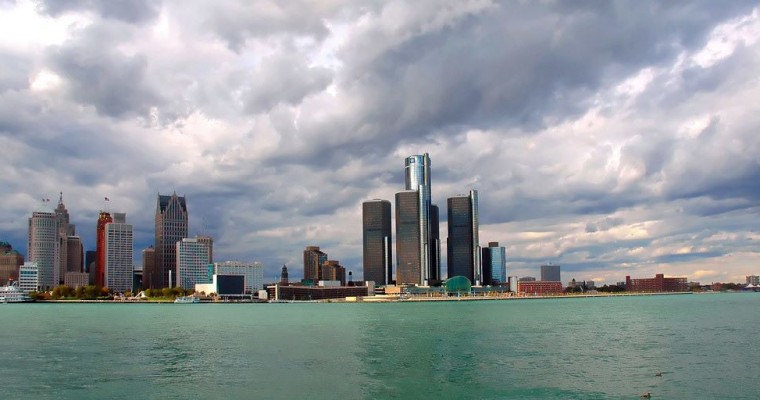 If you’ve never been to Michigan in the fall, you’ll soon have another reason to start planning an autumn road trip to this beautiful state. Starting in 2021, the Detroit Auto Show will be held every fall. Ready for Fall: Prep your vehicle for autumn drives When are the 2021 dates? The show will be […]

If you were planning to go to the North American International Auto Show in Detroit this June, it looks like you’ll have to wait next year to attend the event. According to the Detroit Free Press, the Federal Emergency Management Administration has claimed the TCF Center, which is where the auto show would be held, […] 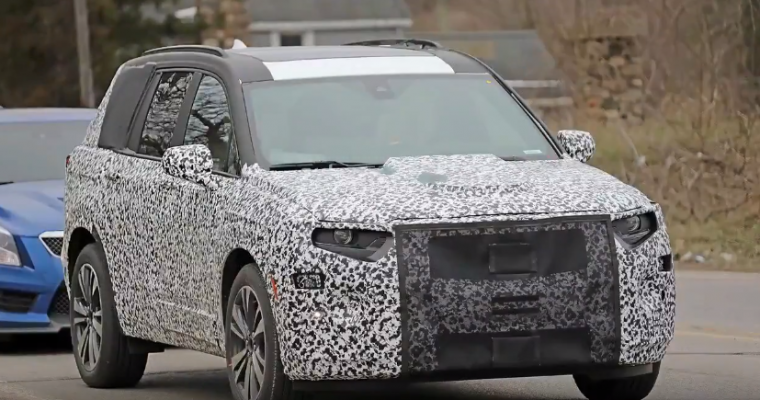 Cadillac’s newest crossover, the 2020 XT6, will debut at January’s North American International Auto Show in Detroit. The unveiling of the XT6 will come just a few months after Cadillac’s decision to return its headquarters to Detroit after several years in New York City. Cadillac has been struggling to catch up with the market’s exploding […] 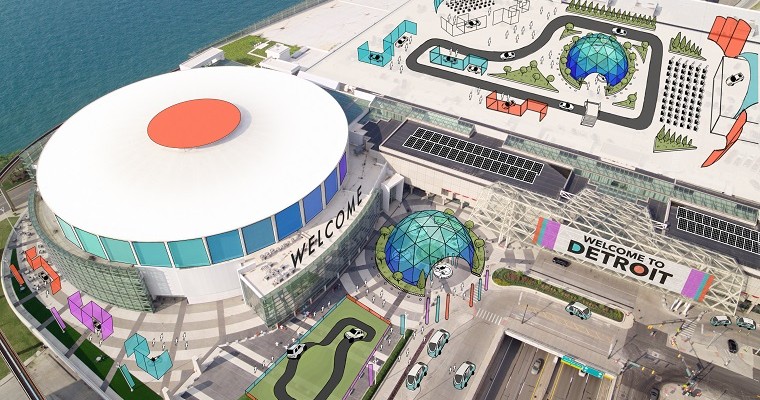 The Detroit auto show is officially moving to June in 2020. Not only will the North American International Auto Show shift from its traditional mid-January time slot, but it will also feature a sweeping change in format. The show’s organizers at the Detroit Auto Dealers Association are reimagining the event as an indoor-outdoor festival that […]

Goodbye, January: The Detroit Auto Show Is Moving to Either June or October 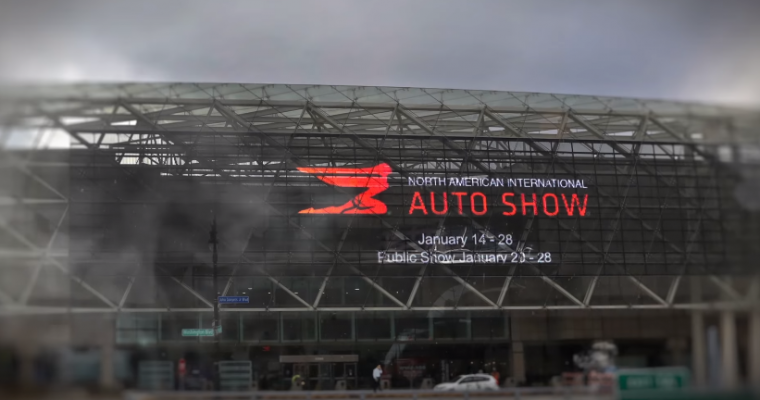 After half a century of being held in January, the Detroit auto show will move to either June or October in 2020. The new date for the North American International Auto Show will be officially announced on July 24. The group that organizes the show, the Detroit Auto Dealers Organization, has been discussing a date […] 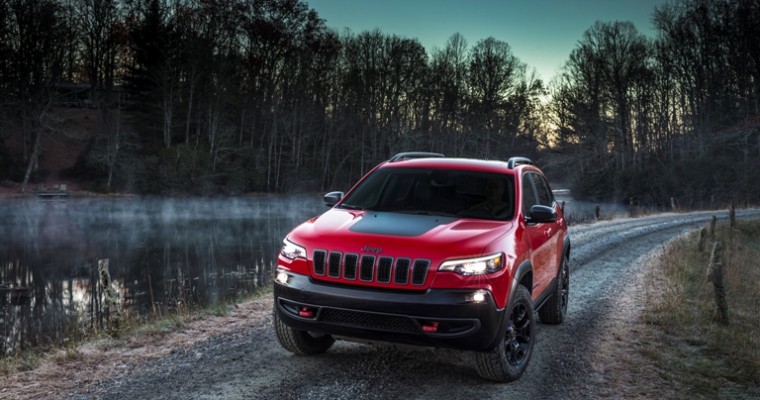 In addition to a refreshed front grille, the 2019 Jeep Cherokee will also receive major updates to its powertrain

Approximately one month ago, Fiat Chrysler Automobiles released the first few images of its refreshed 2019 Jeep Cherokee model. Said images offered enthusiasts their first look at the latest Cherokee’s exterior design, including a more traditional grille for the SUV. Earlier this week at the North American International Auto Show in Detroit, the 2019 Cherokee made its […] 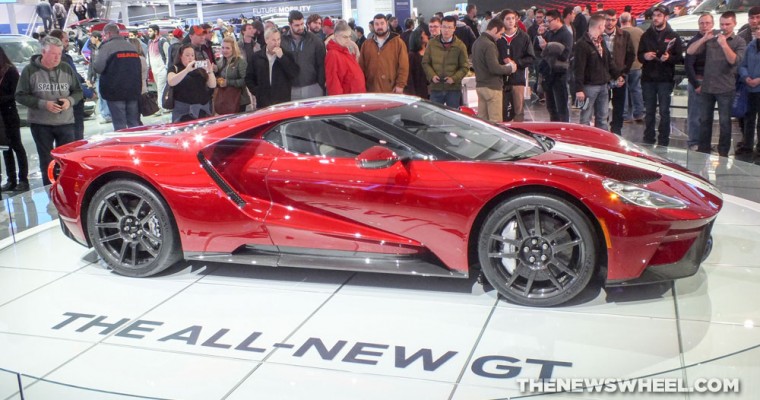 The new Ford GT supercar premiered two years ago at the 2015 Detroit Auto Show and it was such a hit that it won Best in Show in The Detroit News yearly Readers’ Choice Awards. Fast forward two years later and the popularity of this performance car has not diminished, as the 2017 Ford GT was […] 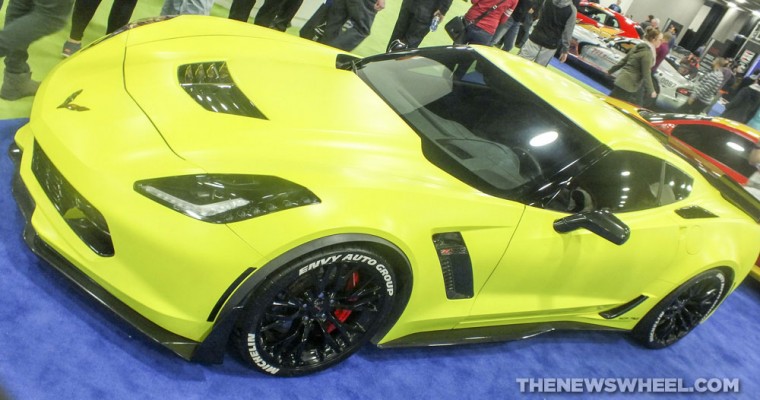 While much of Chevy’s display at the Detroit Auto Show this year was focused on the redesigned versions of the GMC Terrain and Chevy Traverse, the American automaker still brought its full lineup of sports cars to the event, which the public was free to sit in and enjoy while they browsed through Chevy’s complete […] 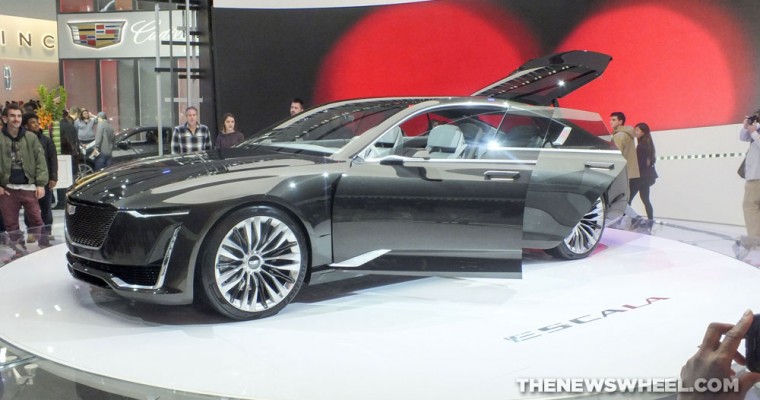 Cadillac has made a number of exciting concept cars over the last 20 years, such as the Cien and Elmiraj, but neither of those cars were quite as long as the Escala Concept, which comes in at more than 210 inches in overall length. Luxury For Less: Discover what benefits come with the Cadillac CPO […]

7 Most Sensational Cars from the 2017 Detroit Auto Show 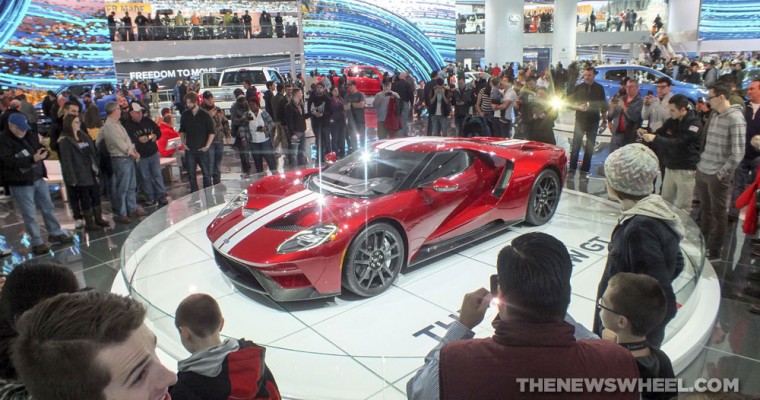 Every year, car enthusiasts from around the country flock to Detroit for the annual North American International Auto Show (NAIAS). This is where top automakers bring their newest models, most innovative concept cars, and latest advancements in automotive technology. Last year’s show was highlighted by vehicles like the Buick Avista Concept and the 2017 Lincoln […] 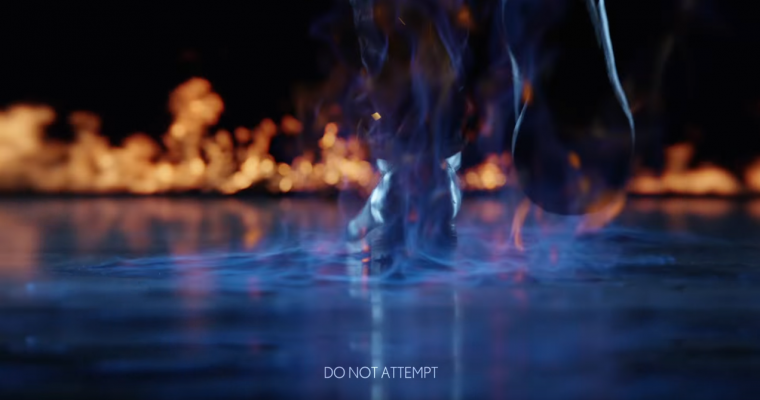 A few weeks ago, we reported that Lexus had plans to introduce an updated version of its flagship LS sedan at the Detroit Auto Show. As expected, this happened with a decent amount of flair and dramatics one would expect when revamping a vehicle that’s been around since 2007. In a fiery video that accompanied the […] 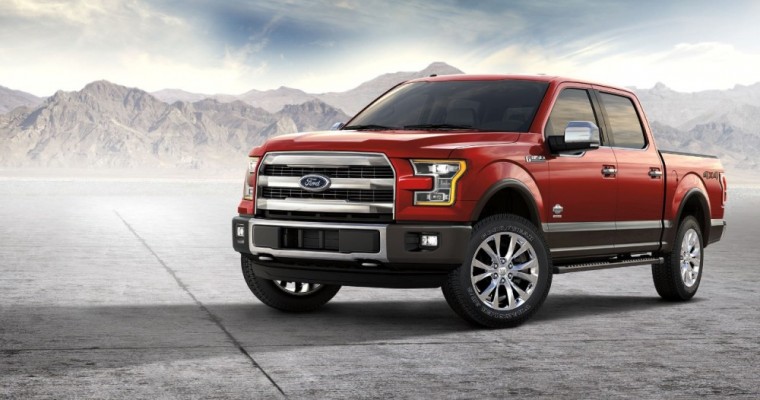 Ford grabbed headlines on Saturday with the revelation that the 2018 Ford F-150 will be offered with a turbo-diesel engine for the first time in the namebadge’s storied history, but the most-recently-released and no-less-innovative 2017 Ford F-150 grabbed headlines of its own on Monday with a trio of award wins. Everything You Need to Know: […] 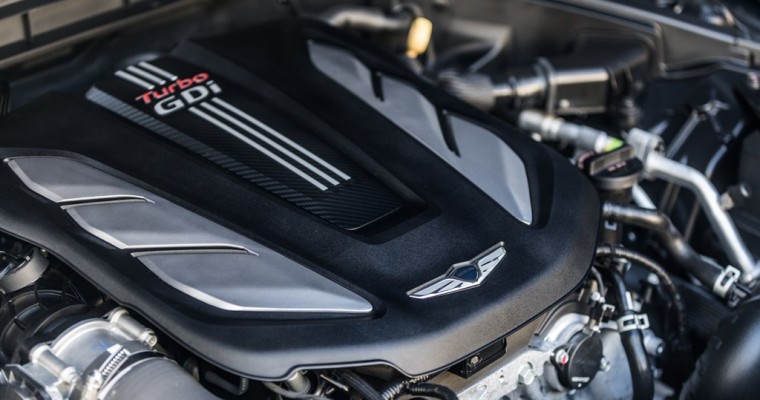 While most automakers will be showing off their wild new concept models at the North American International Auto Show this week in Detroit, Hyundai and Genesis are avoiding the stage this time; neither are scrambling for the limelight. Having already showed off its wealth of cutting-edge technology innovations–including the autonomous Ioniq EV and voice-activated control interface–at […] 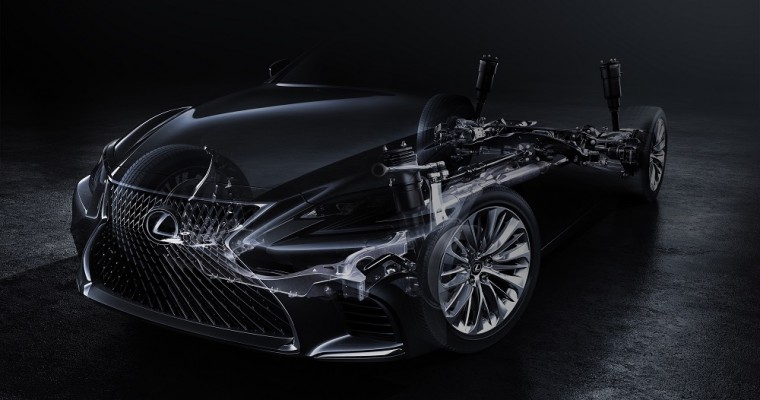 The Detroit Auto Show (also known as the North American International Auto Show or NAIAS) is a place for carmakers to debut some of the best ideas that have been brewing behind the scenes all year long. From concept vehicles to updated classics, the show always becomes the focus of enthusiasts and continues to showcase […] 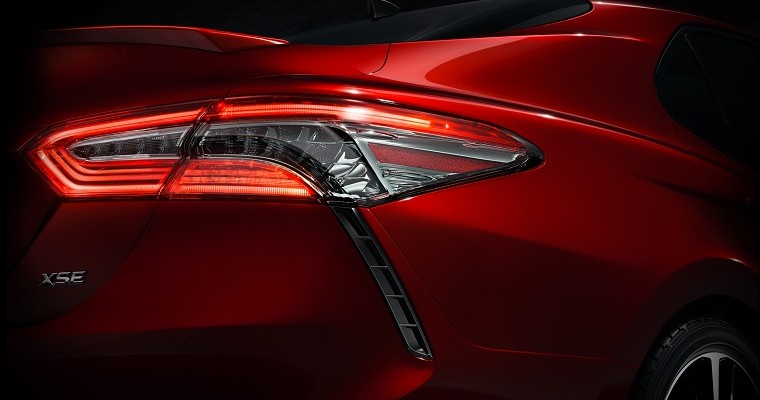 The next-generation 2018 Toyota Camry will make its first international appearance at the upcoming 2017 North American International Auto Show in Detroit. According to Bob Carter, Toyota’s senior vice president of automotive operations, the Camry is expected to once again take the title of “best-selling passenger car in America,” which would mark the 15th time […] 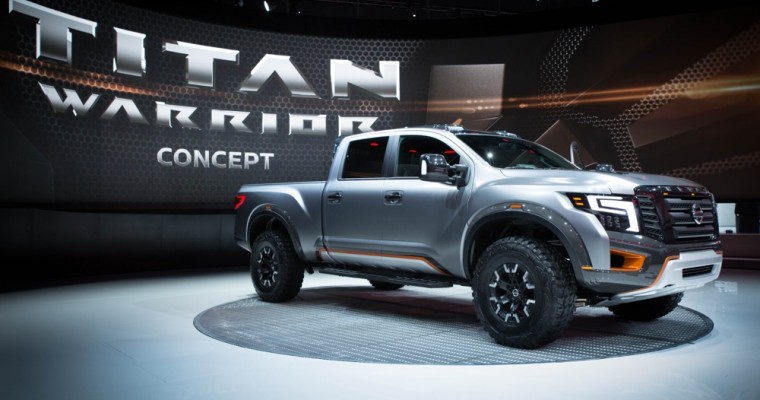 The North American International Auto Show, also known as NAIAS or simply as the Detroit Auto Show, has been an institution since it began in 1907. Attendance has fluctuated over the years as the auto industry has changed, and recently the show has seen rising attendance as the economy recovers from the Great Recession. In […] 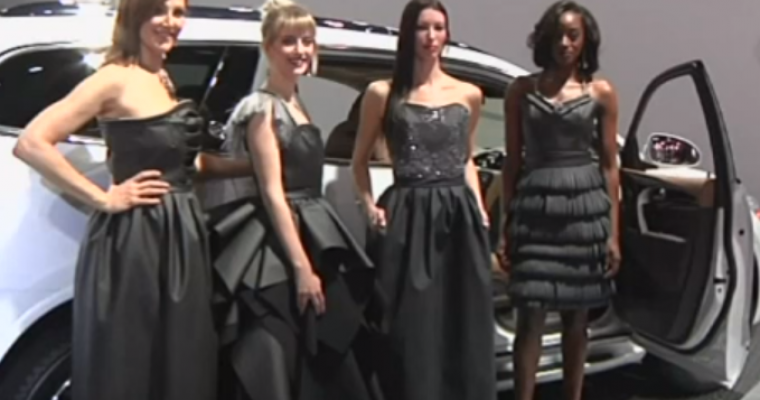 Have you ever looked at the dashboard in your car and thought that material would be great for a dress? If you answered yes, then you’re just like fashion designer Janna Coumoundouros, who recently created four dresses out of the material per request of Inteva Products LLC. “Even though it’s automotive material, they’re very elegant,” […]

While we’ve been reporting on the North American International Auto Show, also known as the Detroit Auto Show, all week, the event actually doesn’t open to the public until Saturday, January 16th. If you’re headed to Detroit’s Cobo Center to see all the cool new production models and concepts (or to catch a whiff of New […]