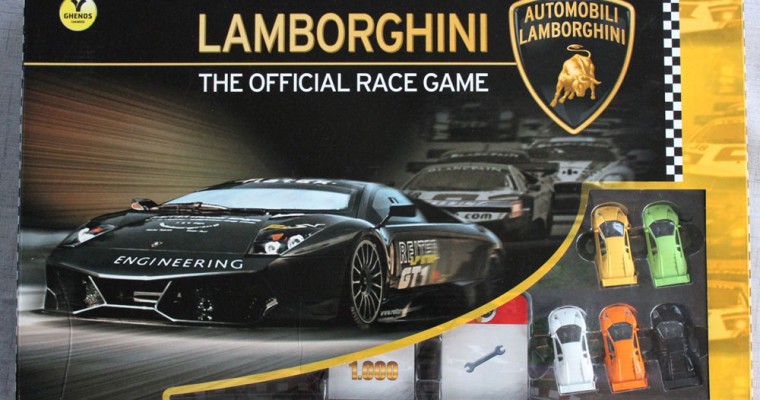 Lamborghini has a reputation for high-end supercars that boast outrageous performance and outrageous prices. Throughout its history, the Italian automaker has established a heritage of opulence and exclusivity. So it’s bit strange that Lamborghini has its own board game. During the late 2000s, Lamborghini earned attention for its motorsports achievements involving the Murciélago R-GT. Capitalizing on that […] 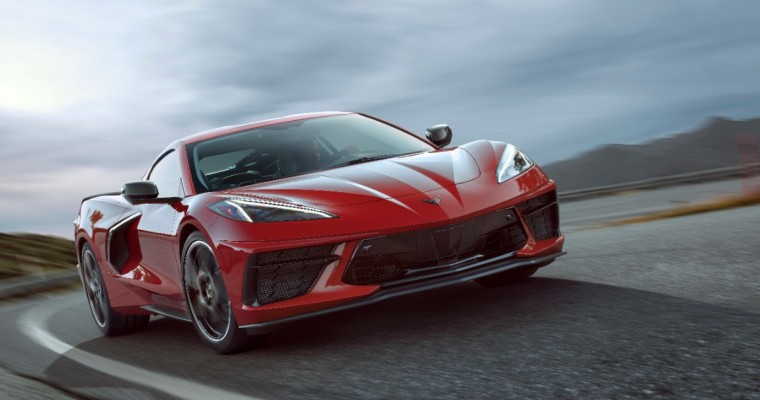 The 2020 Corvette has gleaned a lot of attention this past year, for its stylish aesthetic, well-equipped interior, and stunning performance. Now it adds one more achievement to the mix: matching the Nurburgring lap time of its Lamborghini rival. Extra Coverage: Get more peace of mind with an extended warranty The stats According to a […] 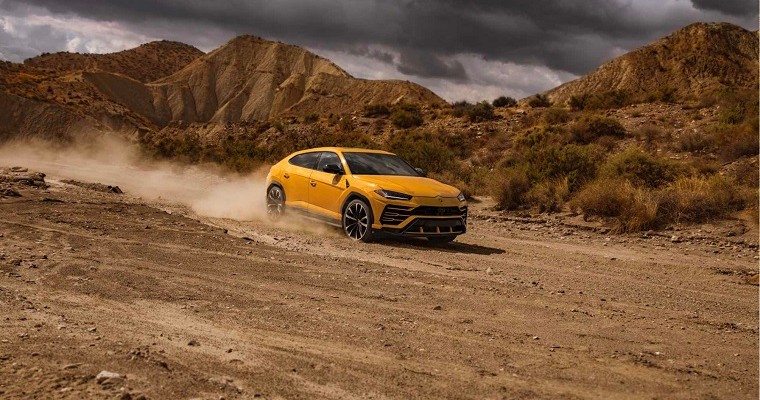 Let’s be real: For 99 out of 100 people who can’t afford a brand-new Lamborghini, the existence of a Lamborghini Certified Pre-Owned program probably isn’t going to help your situation or bring you any close to owning a Lambo. (And, for a brand built around the idea of exclusivity, isn’t that kind of the point?) […] 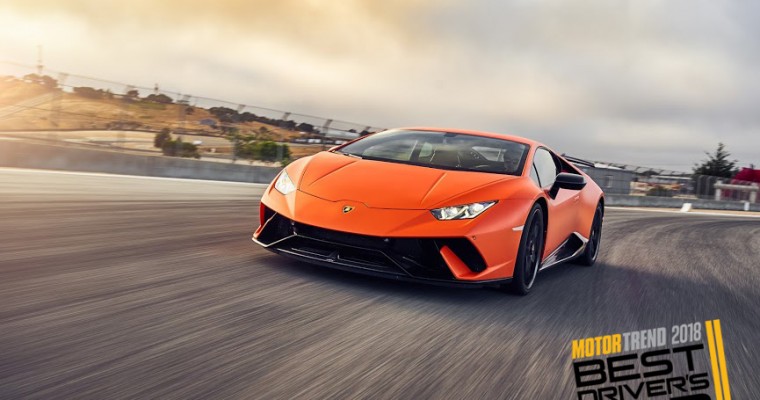 For those who truly appreciate driving, operating a car is about more than mere transportation. The act of driving can be exhilarating and transcendent — in the proper vehicle, that is. It takes the proper car to elevate driving to a spiritual level. That’s why Motor Trend evaluates and awards the best cars for drivers […] 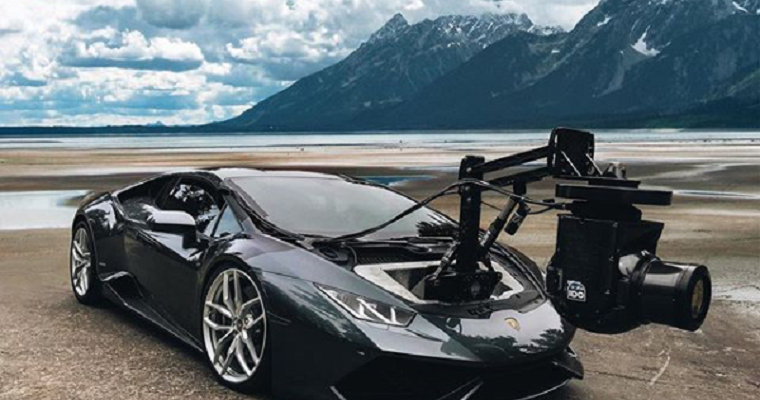 Meet the “Huracam,” a Lamborghini Huracán converted into the world’s fastest camera car by Incline Dynamic Outlet, a company best known for its top aerial cinematography. It’s also ridiculously expensive. The Huracán alone costs about $200,000 and is powered by a screaming 5.2-liter V10 making more than 600 horsepower and 413 lb-ft of torque. But […]

Last year, Lamborghini gave in to the world’s craze for large vehicles by debuting the Urus SUV—and if you thought that it wouldn’t be successful because people who buy Lamborghinis aren’t looking for larger, slower, less agile versions of the exotic supercars also sold by the Italian company, you’d be wrong. In fact, “wrong” might […] 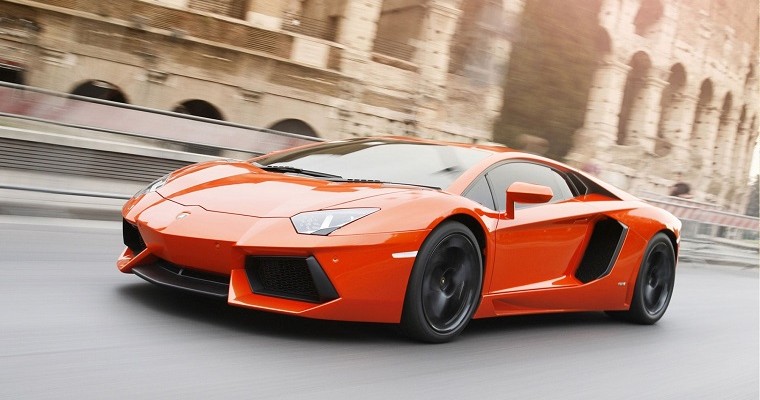 Lamborghini has been spied testing a new, higher-performance version of the Aventator, its V12 flagship. The car is believed to be the successor to the Aventador Super Veloce and will be called the SVJ—short for Super Veloce Jota—as a nod to the Miura P400 SVJ from the 1970s. (For the record, “Super Veloce” is Italian […] 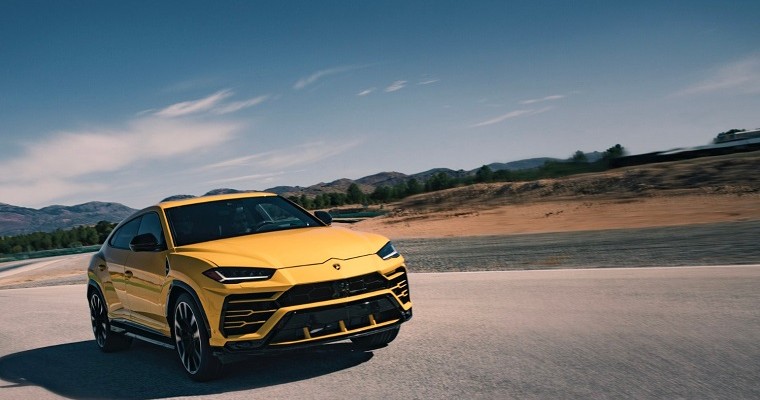 Lamborghini has finally revealed the Urus, a “Super Sport Utility Vehicle” (we’ll stick to SUV) that combines the iconic performance and soul of a Lamborghini with the oft-coveted utility of large vehicles. Oh, and it’s also the fastest SUV ever. This is a clear cash-grab by Lamborghini, who is jumping in the ever-growing and extremely […] 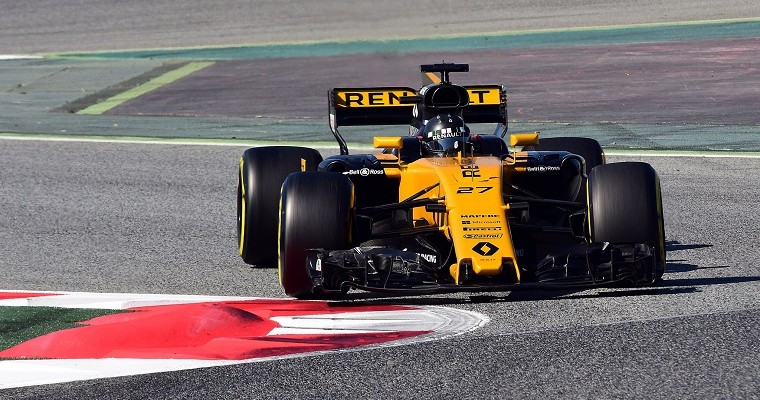 The most recent Formula One engine meeting was held last week and featured a surprisingly large number of manufacturers according to Mercedes AMG F1 team boss Toto Wolff. “There were surprising participants like Porsche, Lamborghini, Aston Martin, Cosworth, Ilmor and AVL,” Wolff said. Other manufacturers at the meeting included Audi, Alfa Romeo, and Zytek, all […] 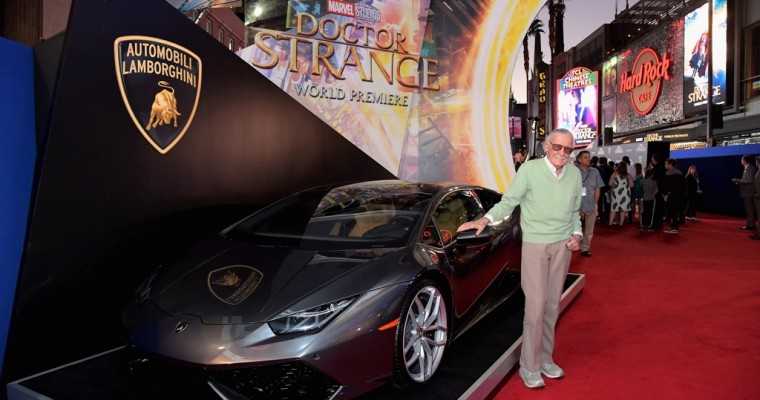 In the upcoming Marvel blockbuster movie Doctor Strange–which hasn’t even seen a wide release yet and we can already predict will smash records–Benedict Cumberbatch plays the titular doctor who learns to manipulate reality. Judging by the trailers and early reviews–and, of course, the budget–this will do doubt be a good-looking movie…in more ways than one. While […] 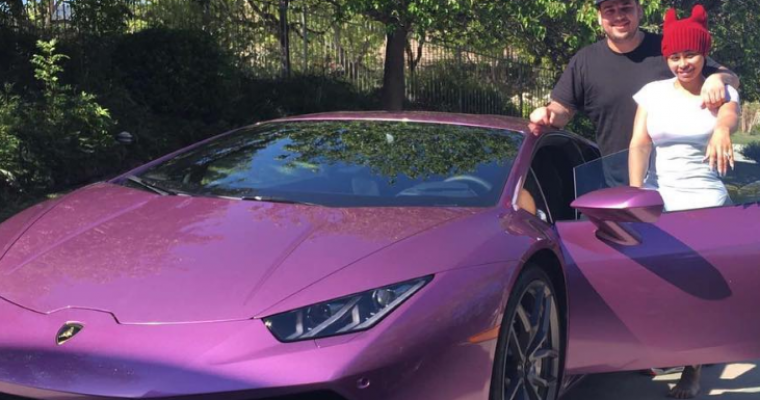 After keeping a low profile for the last several years, reality television star Rob Kardasian recently made a return to the public eye. Kardashian first made headlines earlier this month by proposing to his girlfriend, Angela “Blac Chyna” White, with a seven-carat diamond ring valued at $325,000, and then after she said yes, he went […] 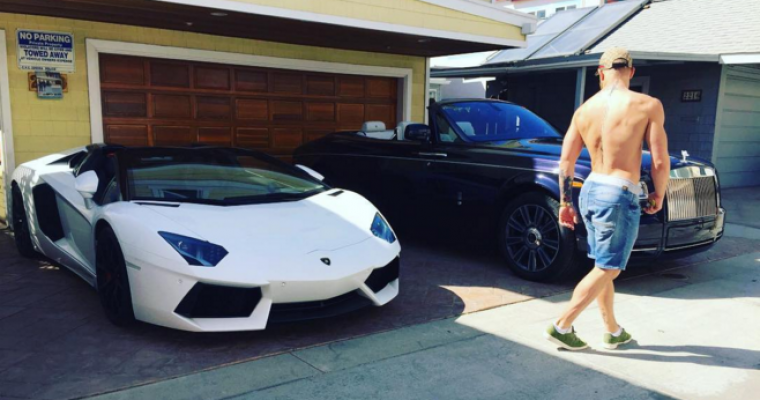 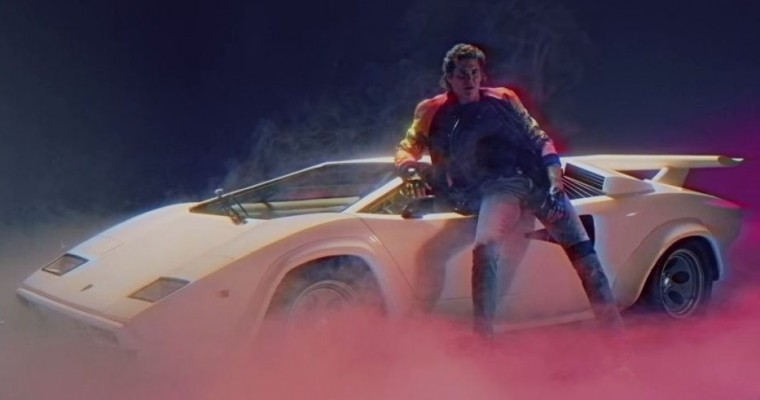 One of this year’s biggest cinematic epics wasn’t released on theater screens by a major studio, but rather on computer screens in homes across the world. Fans of cheesy 1980s nostalgia helped make Kung Fury a hit when it debuted online. The crowd-funded Laser Unicorns production, which you can watch on YouTube, chronicles a Miami […] 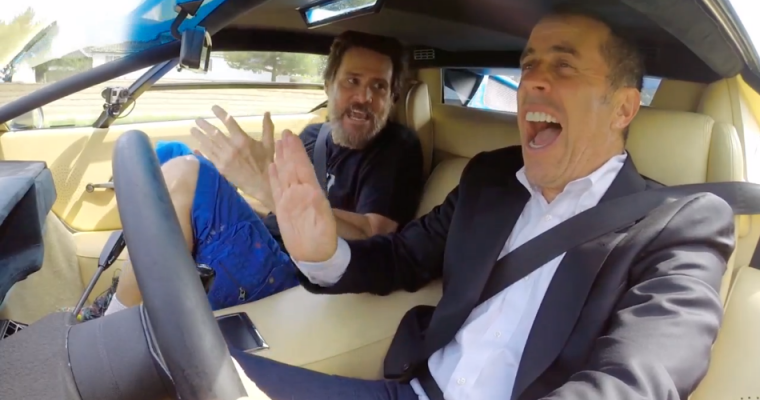 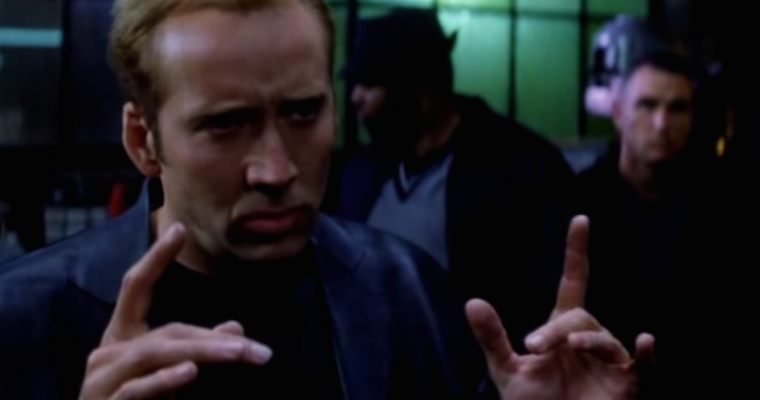 ...and it's actually drivable!

What would you say is the coolest car of all time? According to Top Gear Magazine‘s weigh-in on the subject, it’s easily the Lamborghini Miura, and we have to agree. The love affair with Lamborghini‘s flagship model–regarded as the first two-seater supercar–began in 1969 with its appearance in The Italian Job. No, we’re not talking […]

Start Your Weekend Off Right With This LED Lamborghini 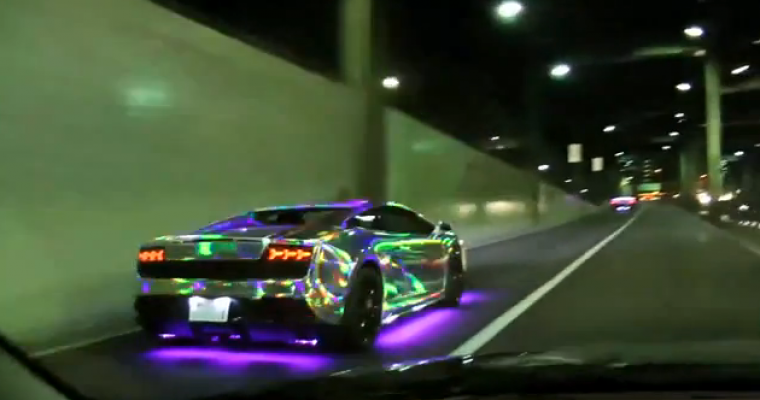 Yes, you read that right. An LED Lamborghini. This dazzling supercar lives in Japan, along with many others just like it, apparently. You might not be aware—I certainly wasn’t—but customizing your supercar with holograms and LED lights actually isn’t that rare in Japan. Well, perhaps if I were writing this blog from Japan this wouldn’t […]

There is very little in this world that can effectively detract a car enthusiast, but the threat of a dangerous virus might just do the trick. The world is currently on the watch for the Coronavirus, an illness that has swept much of Europe in a very short amount of time. However, despite travel restrictions, […]