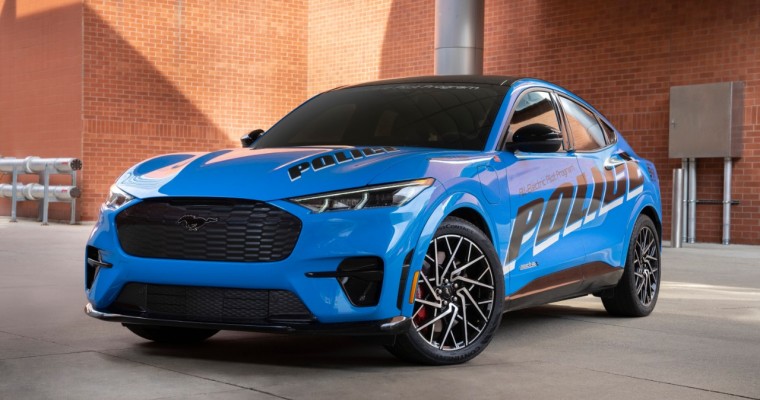 The Michigan State Police recently released the preliminary results of its annual vehicle tests. And, surprise surprise, Ford is on top again. But the most impressive news coming out of this year’s Michigan State Police vehicle evaluation may very well be the performance of the Mustang Mach-E. One of Ford’s Latest: All-new Ford Maverick has […] 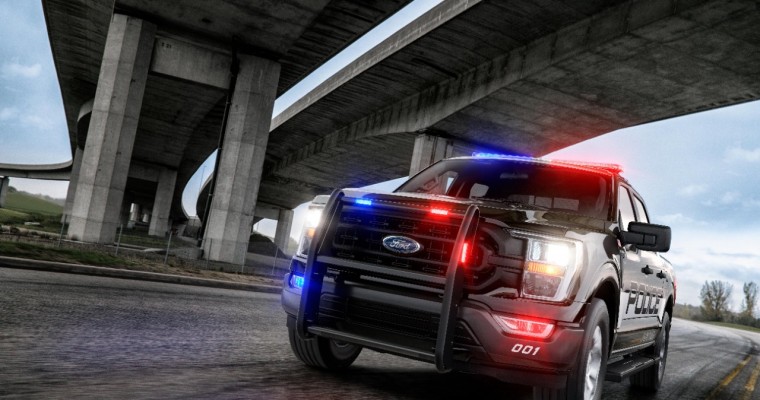 According to test results from the Los Angeles County Sheriff’s Department and Michigan State Police, the 2021 Ford F-150 Police Responder earns its title of America’s only pursuit-rated pickup truck. Testing from both organizations reveals that the F-150 Police Responder is the fastest vehicle tested in key metrics like the 0-60 mph and quarter-mile sprint. […] 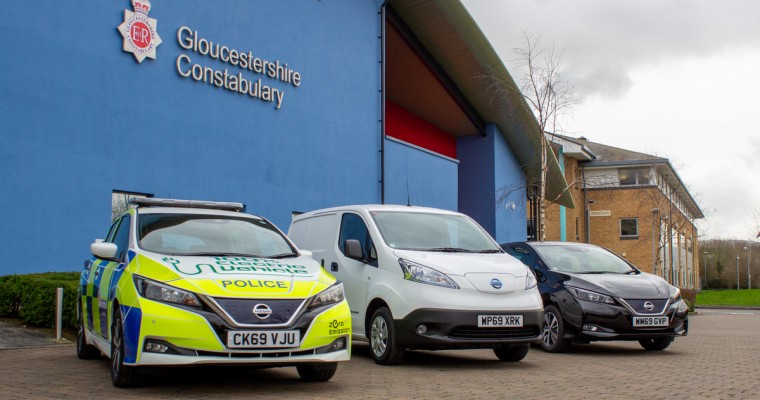 The Gloucestershire Constabulary doesn’t just keep the streets clean from crime — these cops are also protecting the public from air pollution. The constabulary recently added 75 Nissan electric vehicles to its fleet. This bold move will cut the force’s yearly carbon emissions by a whopping 190 tons. But that’s not all — here’s a […]

Police Rescue Thief Who Locked Himself Inside a Ford Focus 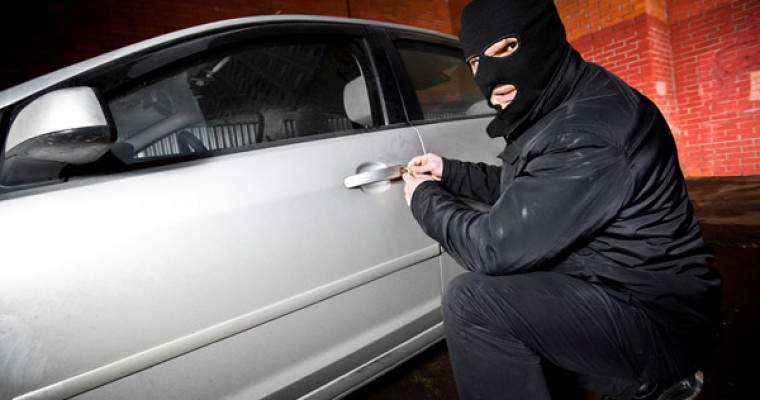 A wannabe thief in the U.K. lost his focus last weekend when he tried to steal a car. Unfortunately, that Focus did not lose him and he found himself trapped inside the very car he was trying to steal. Certified Assurance: Learn more about Ford’s CPO program The story Per Fox News, the incident occurred […] 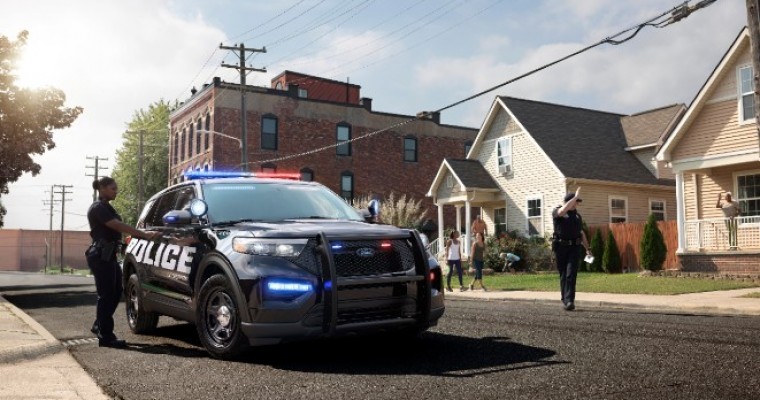 2020 Ford Police Interceptor Utility Hybrid sales are already taking off amongst law enforcement agencies across the United States. Early into its availability, more than 2,600 SUVs have been ordered with the 3.3-liter hybrid powertrain, accounting for about 17 percent of all 2020 Police Interceptor Utility Orders. New from Ford: Tremor Off-Road Package makes new […] 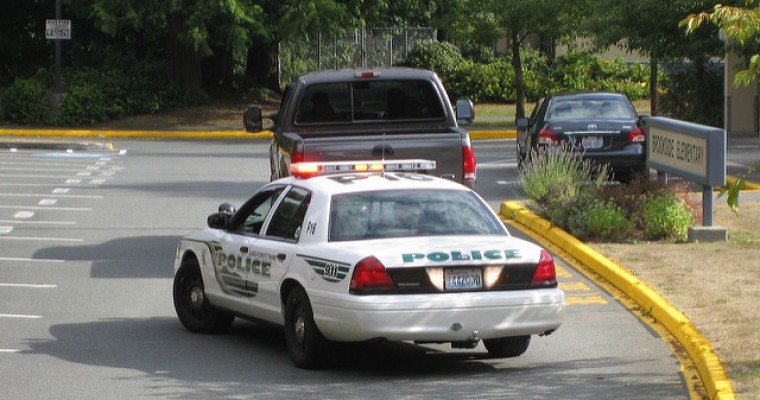 If you’re looking for a story to warm your heart, you’ll want to keep reading. While police officers were conducting a traffic stop, they came across a woman in need of new car seats. As a gesture of goodwill, the police officers went out of their way to buy her some. Be on the Lookout: […]

Georgia Police Round up Over 100 cars 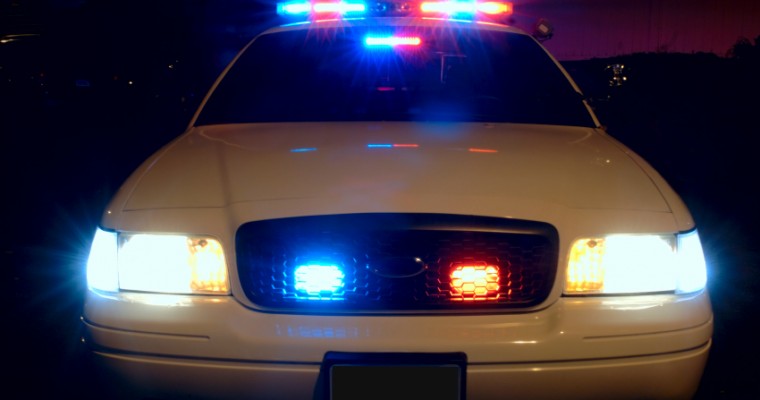 On July 7th, 25 police cruisers managed to surround more than 113 cars in the Georgia Civic Center parking lot. Police had been suspicious of potential criminal activity in the area for a while, and this was the first time they were able to round up the cars. Drive Safely: 2019 Outlander is Top Safety […]

Ford Celebrates 60 Years of the M1 with Police Mondeo Hybrid 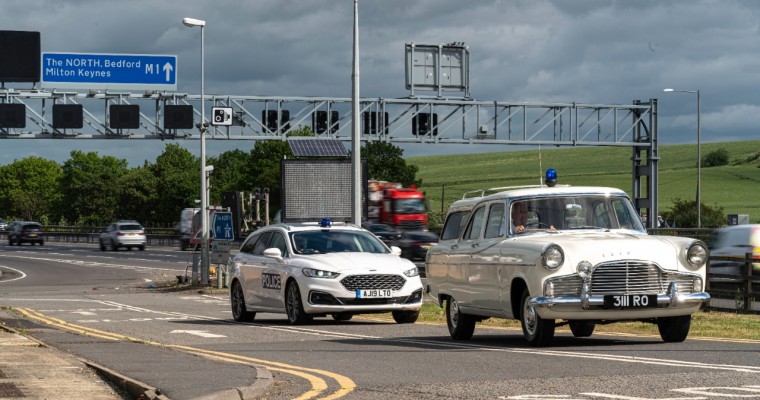 What to Know About Police Car Auctions 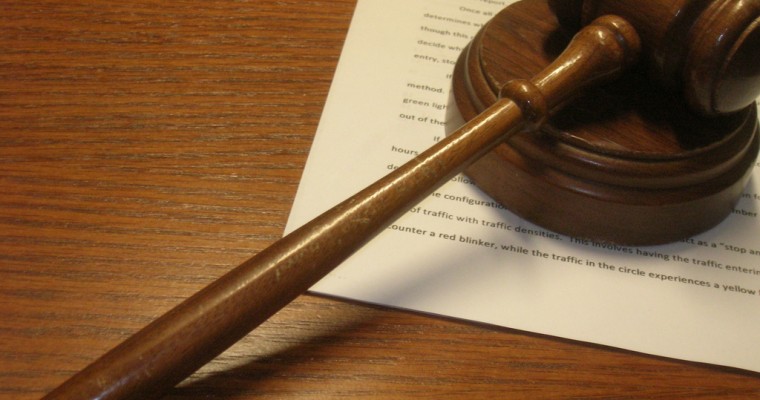 When a car is seized by the law, either because of unpaid loans or crimes committed, the police hold onto them and can eventually sell them at auction. This can be a very cost-effective way to buy a car. How to buy a car from police auctions First, you need to know the location, time, […] 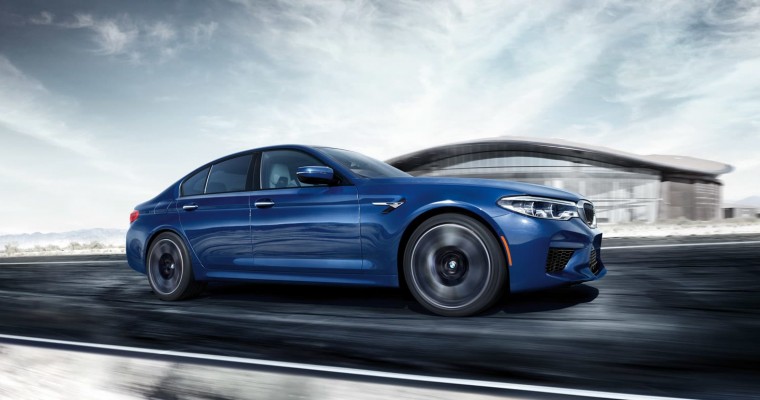 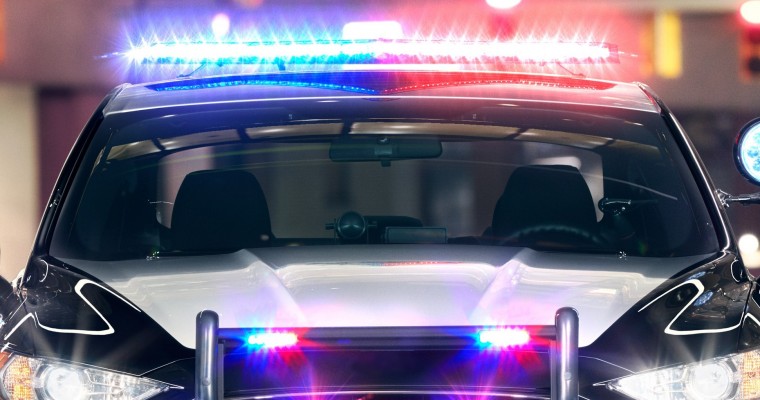 Earlier this week, Denver police officers launched a pilot program to test using GPS trackers for car-chase scenarios. The goal is to reduce the safety risks associated with pursuing fleeing vehicles.  Details about the GPS trackers Per The Denver Post, the system works via a double-barrel launcher that fastens to the front bumper of […] 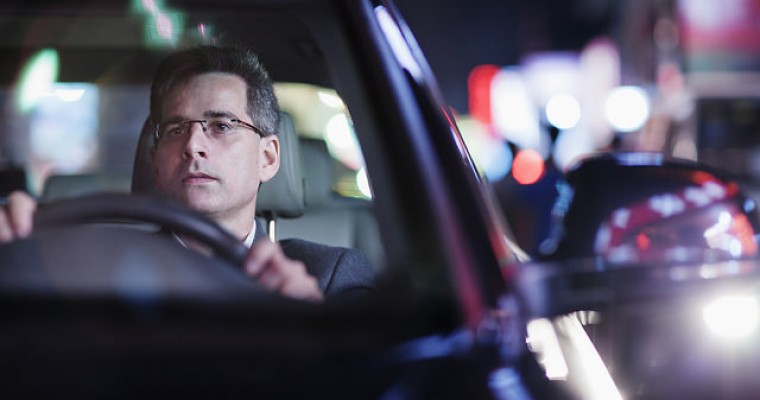 It’s not every day you think about being near or even involved in a police chase when you get behind the wheel of your car, but it’s a possibility, a very scary, dangerous possibility. Check Out: The 2018 Chevy Camaro To help prevent drivers and pedestrians who are inadvertently involved or find themselves in the […]

Texas Police Officer Has Close Call with a Speedster 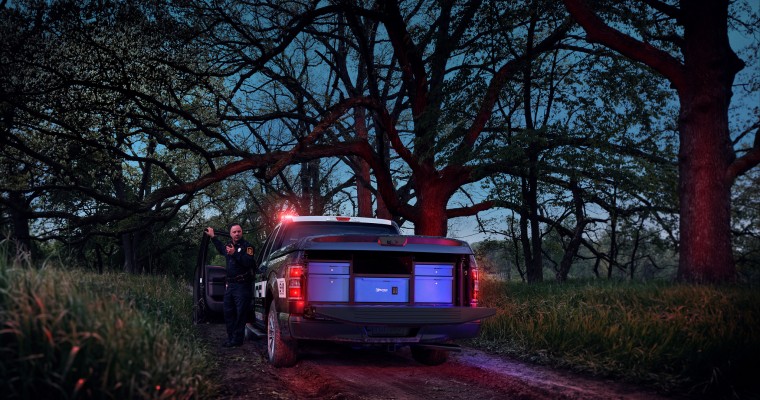 A Wilmer Police had to be thanking his lucky stars after a close call with a speedster on Wednesday morning. As the police cruiser approached a Texas freeway, a car lost control — going airborne — and nearly smashed into the police car. Check out the officer’s dash cam footage below.   Dash cam video […]

Added on February 16, 2019  The News Wheel  how to keep your tires from getting stolen , tire security tips , tire thieves arrested in houton Houston police retire tire thieves after a string of thefts rocked several nearby neighborhoods. Multiple suspects targeted GMC vehicles and Chevrolet trucks and SUVs in west Harris County. In each theft, the criminals worked as a team to take tires and rims, leaving the cars, trucks, and SUVs on landscape blocks. Make Sure: You know these […] 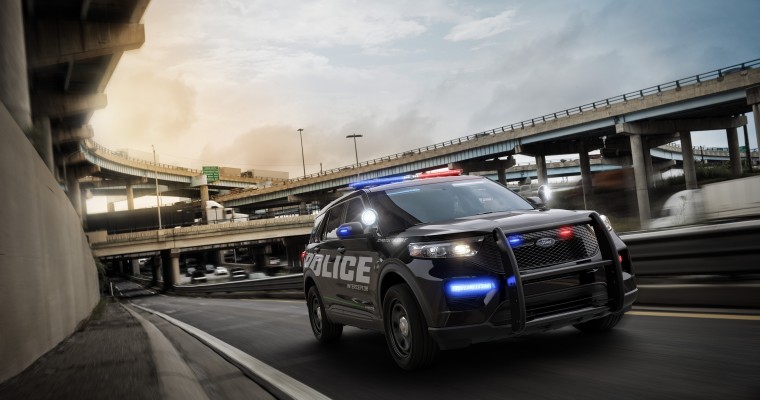 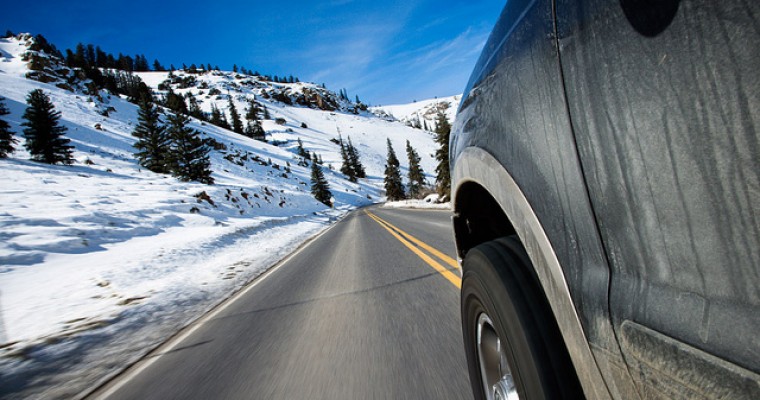 Yes, you read that headline correctly. As of last month, New Jersey law enforcement has issued over 300 tickets for warming up cars, or idling. Warm Up: To the  2019 Mitsubishi Eclipse Cross According to state law, a car may idle for 15 minutes if it has been turned off for the past three hours with […] 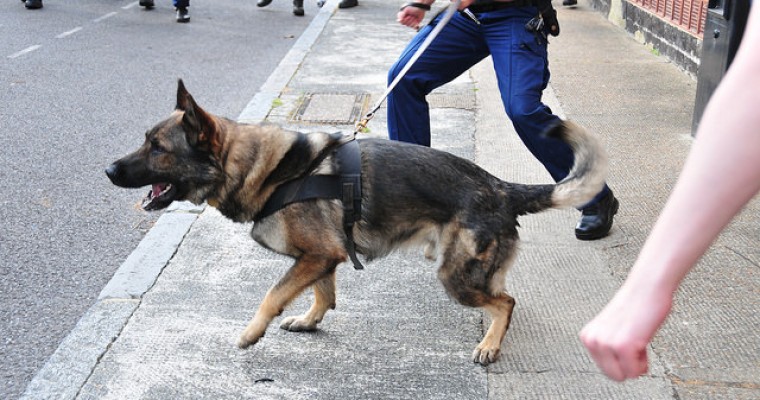 When a San Diego police dog takes a bite out of crime, hope on the streets is restored. A thief in California thought he got away with stealing a car from a Roland Park used car dealership, but then the pain set in. The man was spotted pulling out of the car lot when local […]