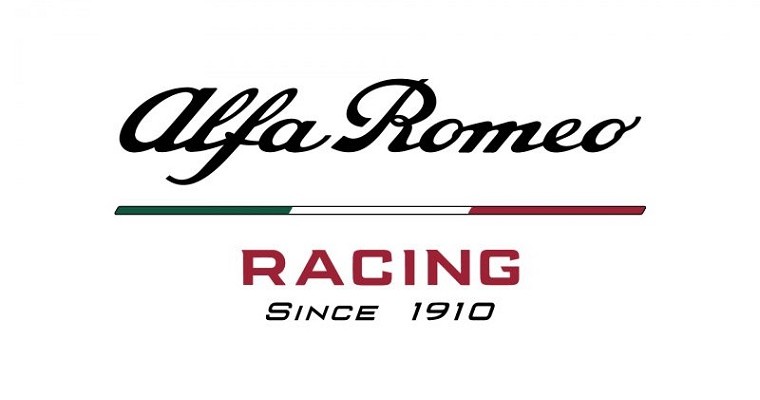 The Swiss-based Sauber F1 team, which has been competing in Formula One since 1993 and has never operated under any name that didn’t include its founder’s name, has for the first time broken that streak. It will compete in the 2019 championship as Alfa Romeo Racing, despite any lack of change to the team’s ownership […] 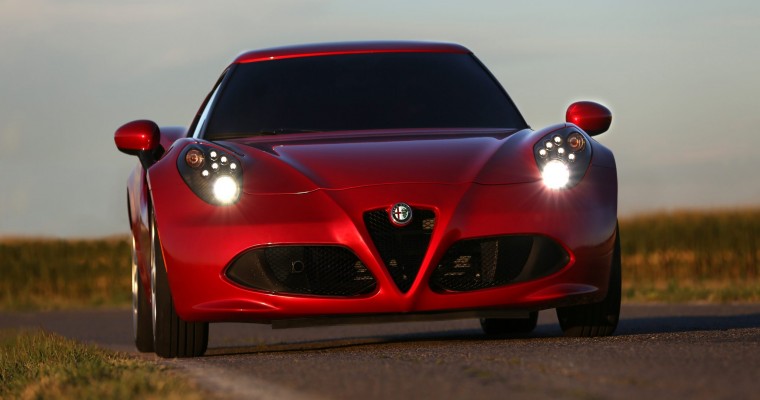 Alfa Romeo’s official return to the North American market has been a resounding success. Vehicles like the Giulia and the Stelvio have already garnered both high sales numbers and numerous awards. Yet, one Alfa Romeo vehicle hasn’t been sharing in the success of its siblings: the Alfa Romeo 4C. In fact, an official FCA spokesperson […] 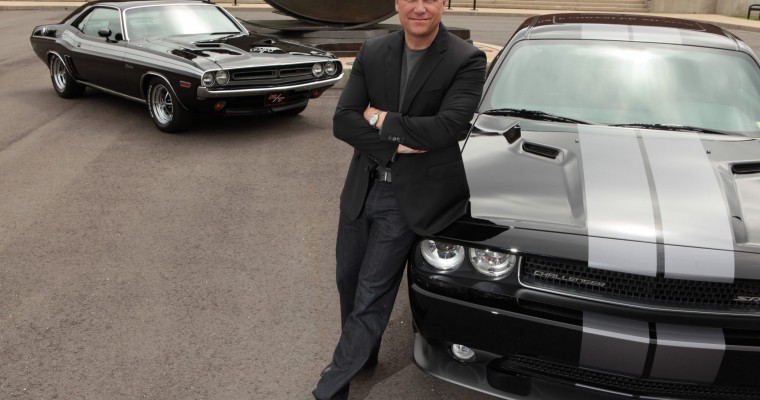 Tim Kuniskis is a bit of a folk hero for Fiat Chrysler Automobiles. It was during his tenure as Head of Passenger Car Brands for FCA North America that projects like the Dodge Demon were brought to fruition. Still, the time has come for Kuniskis to take his talents to another realm of FCA’s operations, as he has […]

‘Why Not Alfa Romeo in IndyCar?’ Asks Sergio Marchionne 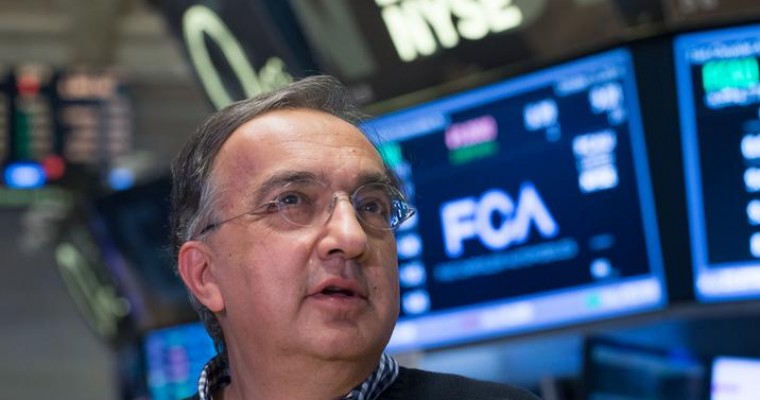 Sergio Marchionne, CEO of Fiat Chrysler Automobiles, says the company is interested in entering Alfa Romeo into the IndyCar Series. Marchionne has been making his presence felt in the motorsport world, particularly at Ferrari, which was in the running for the title in the 2017 Formula One World Championship. Notoriously, he threatened to leave F1 […]

FCA Sales Decline 8% in 2017, Although Alfa Romeo Is on the Rise 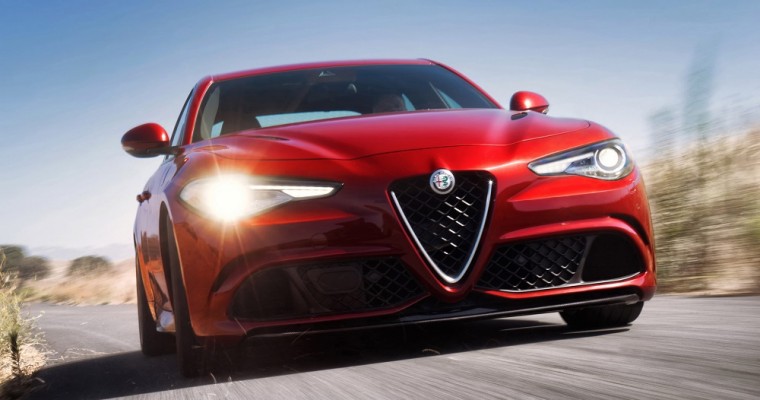 As FCA eliminates various vehicles from its lineups, most of its brands lost sales in 2017, with a few exceptions

2017 was a year that brought plenty of changes to the brands that make up Fiat Chrysler Automobiles. With the removal of models that consistently underperformed and a greater focus on profits produced per vehicles, FCA sales were guaranteed to fall in 2017. By the end of the year, FCA’s overall sales were down by 8%. […] 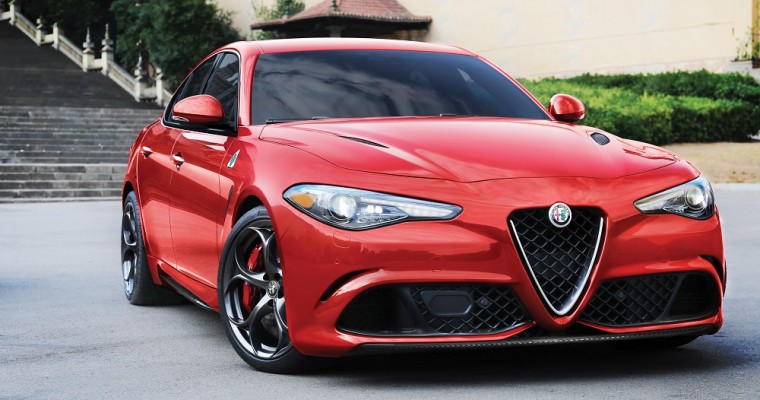 Alfa Romeo’s return to the U.S. automotive market has been met with much fanfare, and, as a result, plenty of awards. A good portion of these titles and trophies have been distributed to the Alfa Romeo Giulia. The latest award in the Giulia’s ever-growing collection is the title of Motor Trend’s 2018 Car of the […] 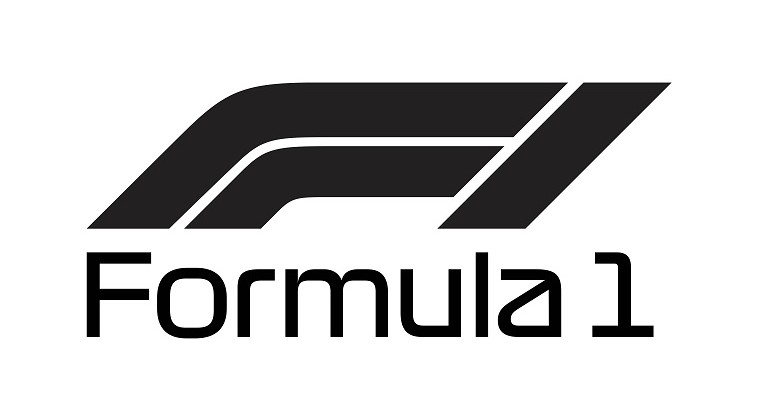 The Sauber F1 Team has officially announced that Alfa Romeo would become its title sponsor from 2018 onwards, marking the return of one of Formula One’s most historic brands after more than 30 years away from the sport. The team will be known as the Alfa Romeo Sauber F1 Team starting next year. “[Alfa Romeo] […] 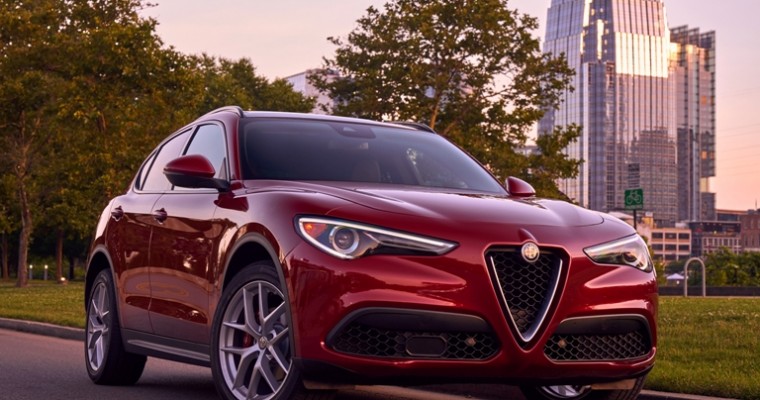 With a title like “Crossover of Texas” up for grabs, one might expect an American-made utility vehicle to drive away with the crown. In actuality, this year’s winner of that title has Italian origins. For 2017, the 2018 Alfa Romeo Stelvio was named the “Crossover of Texas” by the Texas Auto Writers Association. The winner […] 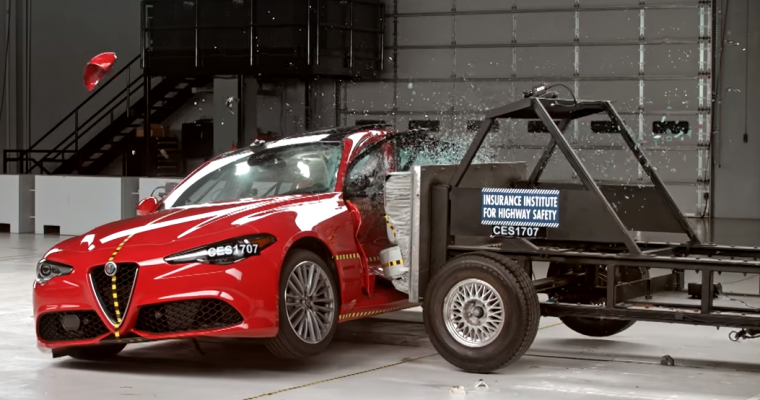 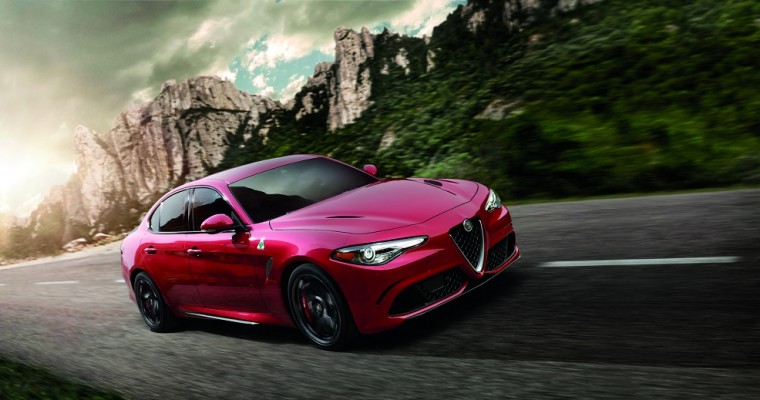 As more American drivers choose SUVs and crossovers over sedans, Alfa Romeo is reportedly changing up its future lineup to better suit this growing trend

The introduction of the Alfa Romeo Giulia and Stelvio to American audiences earlier this year marked the brand’s official return to the U.S. Of course, if Alfa really wants to thrive in the American market, then it will assuredly need more than three vehicles in its lineup. Alfa Romeo reportedly had a pretty stable schedule laid […]

Will Alfa Romeo and Maserati Split Off from FCA?

Rumors began circulating earlier this month of a Chinese automaker looking to acquire all of the brands currently under the Fiat Chrysler Automobile umbrella. As it turns out, the Great Wall Motor Company, the aforementioned interested party, was only really interested in obtaining the Jeep brand. As splitting the Jeep brand from the rest of FCA […] 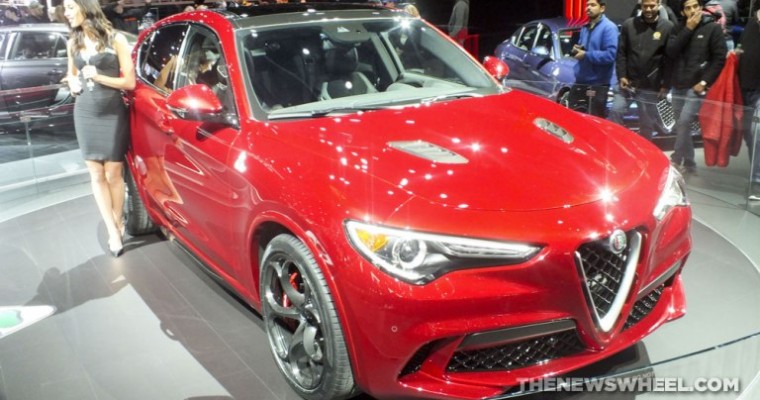 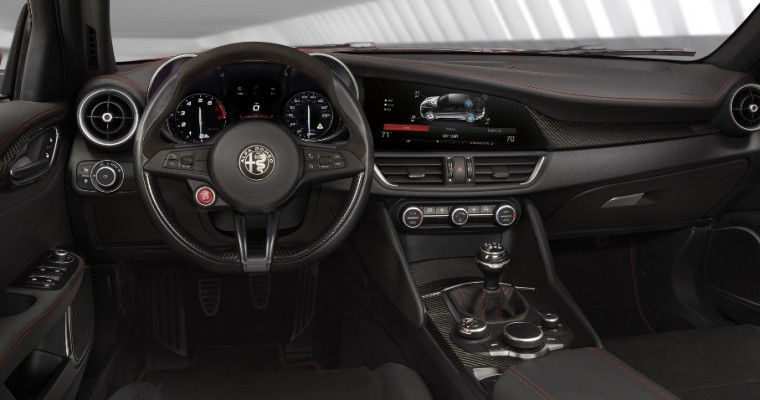 Take one good look at the all-new Alfa Romeo Giulia, and it’s easy to see how attractive this car was designed to be. Its sleek and stylized exterior was crafted to match its spirited performance. Of course, the Giulia’s beauty isn’t relegated to just the exterior of the vehicle. The designers at Alfa Romeo also worked […] 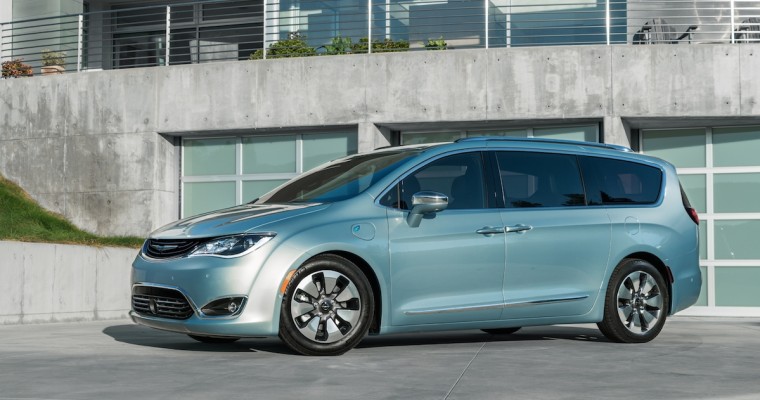 Talk about your automotive déjà vu! Two weeks ago, The News Wheel reported that both the Chrysler Pacifica and the Alfa Romeo Giulia Quadrifoglio received awards from The New York Daily News. This week, both of these vehicles are once again receiving honors from a well-known publication. Popular Mechanics named the Chrysler Pacifica its “Best Minivan,” while […] 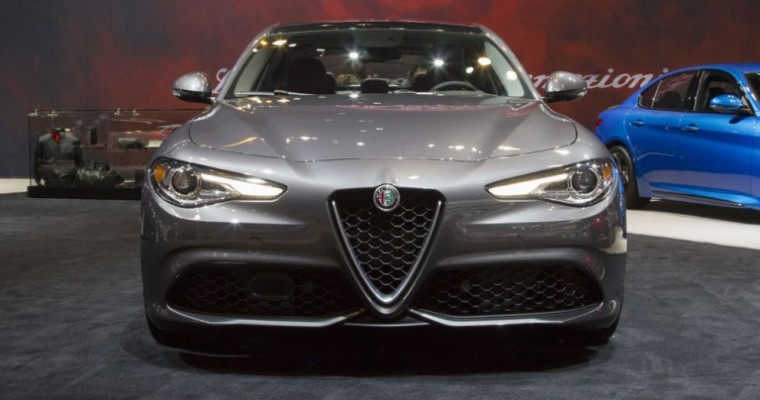 Fiat Chrysler Automobiles is placing a lot of faith in the relaunch of the Alfa Romeo brand for the North American market. In doing so, it has put a lot of money toward that investment. The company is hoping that sales for the Alfa Romeo Giulia and Stelvio would help eliminate some of that cost. However, it seems that plans […] 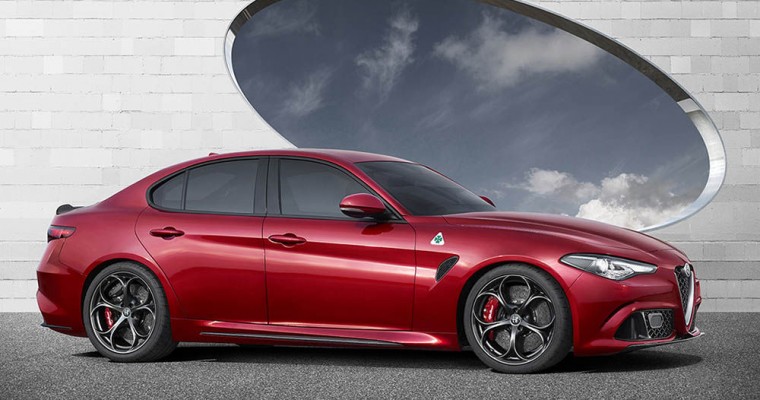 Fiat Chrysler Automobiles is investing a lot of time, energy, and money into relaunching the Alfa Romeo brand in the North American market. $2.7 billion has already been allocated toward the brand’s relaunch campaign, with another $2.68 billion set aside. Furthermore, FCA spent at least $20 million by broadcasting three separate Alfa Romeo advertisements during […] In a world full of companies and brands that release their Super Bowl advertisements early, Fiat Chrysler Automobiles has always been pretty secretive about the contents of their Super Bowl commercials. This strategy has paid off for the organization in the past, as it has produced some of the most famous and well-received Super Bowl ads in recent memory, […]