Buick is Part of the Star Wars Universe 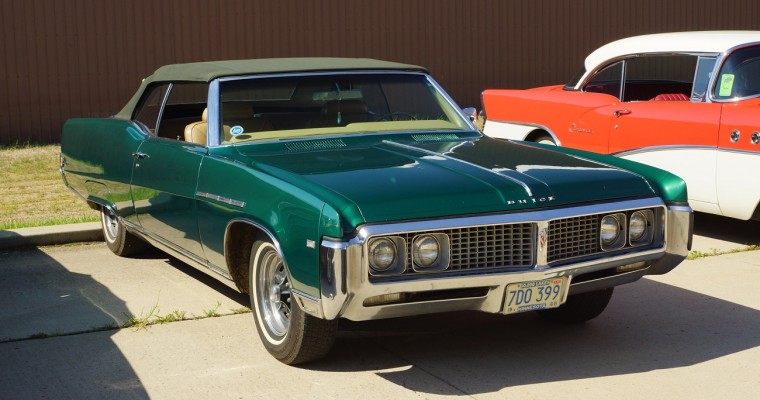 We all know and love the classic Star Wars ships like X-Wings and The Millenium Falcon. But the galaxy’s most luxurious ride is actually a Buick Electra. 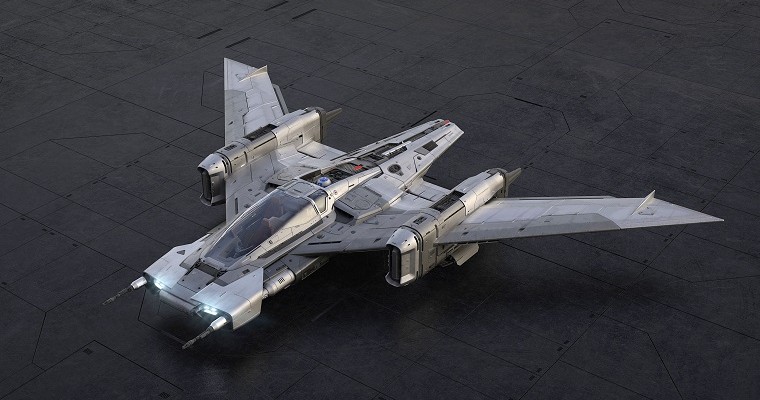 In October, I reported the upcoming Star Wars: The Rise of Skywalker film would feature a new starship designed by Porsche. At the time, I thought we would have to wait for the premiere to discover what it looks like, but the automaker revealed it about a week early. Developed over the course of two […] 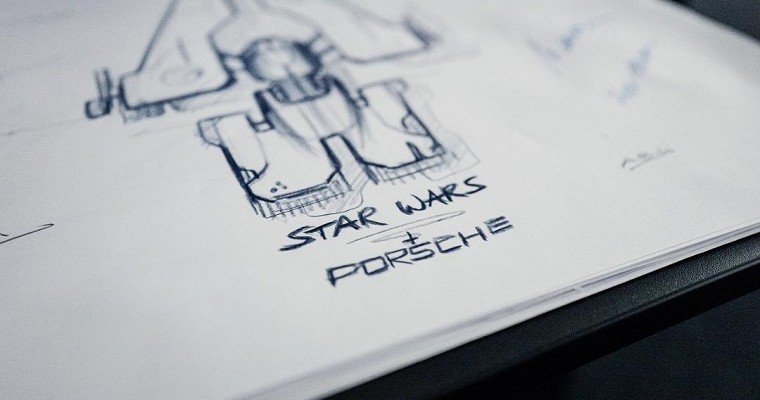 Porsche has teamed up with Lucasfilm, the production company behind Star Wars, to create a starship that will be featured in Star Wars: The Rise of Skywalker, the last film in the sequel trilogy and the one that will mark the end of the Skywalker saga. Porsche’s design team will meet regularly in Stuttgart and […] 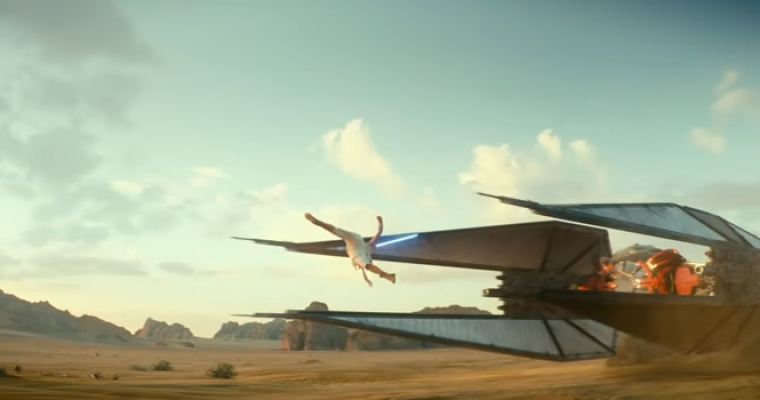 The first trailer for Star Wars: The Rise of Skywalker recently premiered at Star Wars Celebration, and it left audiences with more questions than ever about the final installment in the Skywalker Saga. Who is repairing Kylo Ren’s mask? Does that laugh at the end really mean that Emperor Palpatine is back? Perhaps most importantly, […]

The Vehicles of “Star Wars” Are Aerodynamic Disasters 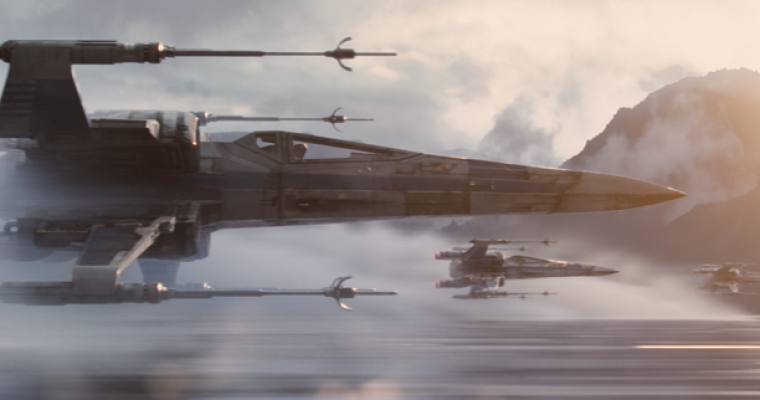 While the spacecrafts of "Star Wars" are visually appealing and work just fine in space, once they enter the atmosphere, they should hypothetically encounter some major aerodynamic drawbacks

As far as science fiction series go, the Star Wars franchise has always played pretty fast and loose with its physics. That tends to happen when you have a cast of characters who can move objects and shoot lightning using “the Force.” With that said, it should probably come as no surprise that the designers […] 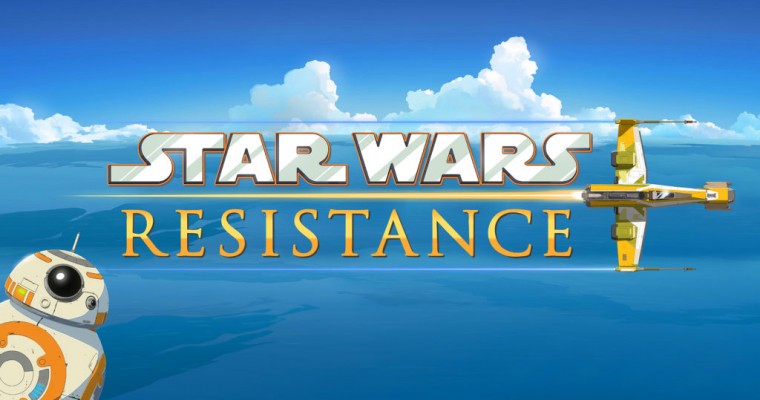 Space-based vehicles have always been iconic and important aspects of the Star Wars saga. For example, the Millennium Falcon is set to be featured prominently in the upcoming Solo: A Star Wars Story, which will explain how the eponymous smuggler obtained the “fastest ship in the galaxy.” Yet, it often feels like the exciting space battles featured […] 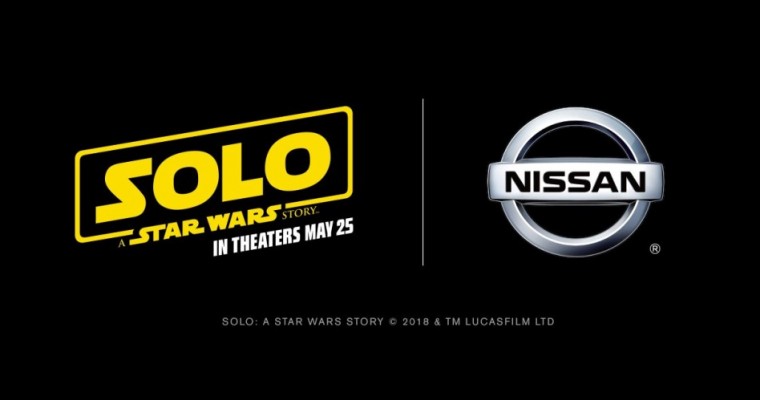 When we saw the press release from Nissan about its upcoming partnership with Disney and Lucasfilm for the new Star Wars film about Han Solo, a tried-and-true statement came to our mind: If it ain’t broke, don’t fix it. In a move that surprises absolutely no one that has been paying attention, Lucasfilm has announced […] 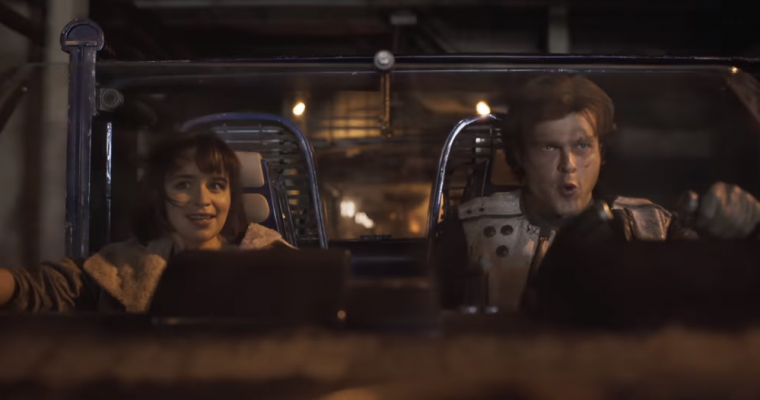 With an upcoming release date of May 25 set for Solo: A Star Wars Story, it was starting to seem like Disney and Lucasfilm were just going to forego marketing for the film altogether. Still, after months of waiting, Star Wars fans finally got their first look at the movie via a television spot during yesterday’s […] 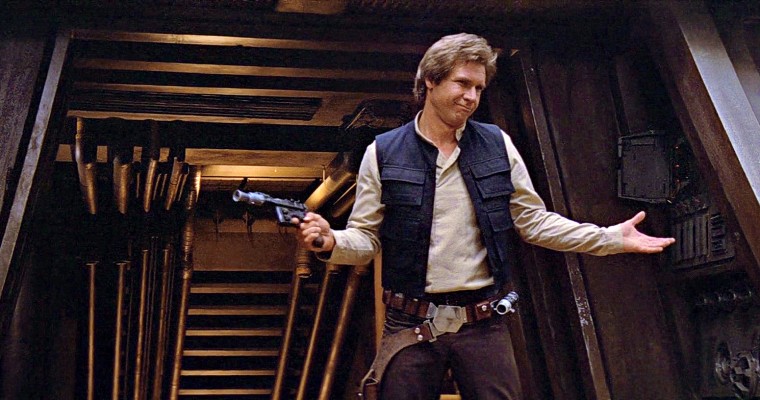 It seems like only a month ago that Star Wars: The Last Jedi was released in theaters nationwide, but it has actually only been three weeks. Still, that hasn’t stopped emmerging news, rumors, and speculation surrounding the next addition to the Star Wars mythos: Solo: A Star Wars Story. As the name implies, Solo: A Star Wars […] 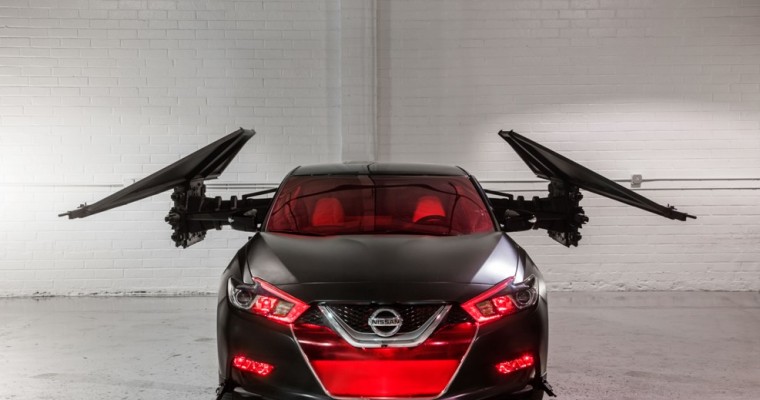 Nissan’s partnership with Lucasfilm for the release of Star Wars: The Last Jedi just seems to be getting better and better. At the LA Auto Show last month, the automaker unveiled several cool show cars that took favorite Nissan cars and gave them a Star Wars upgrade to make them look like spaceships. Now, with […]

Dive Into The World Of ‘Star Wars’ at Nissan Dealerships 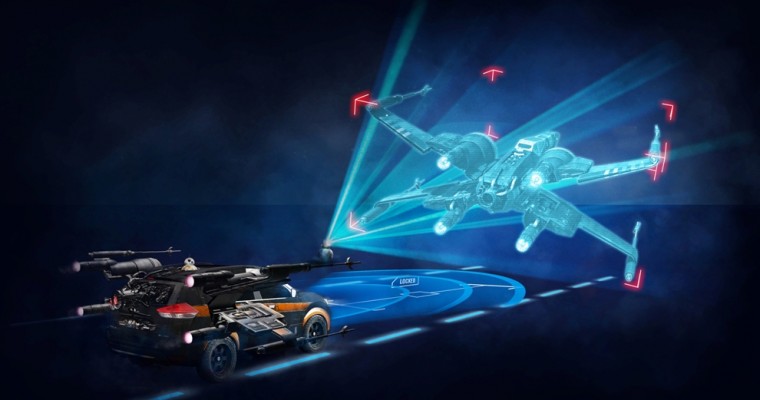 Nissan’s partnership with Lucasfilm is giving Star Wars fans a lot of car fun to look forward to in the coming months. The brand transformed its lineup into special show cars representing major characters in the films, and it’s all but guaranteed that Nissan will be bringing the Star Wars galaxy to the major motor […] 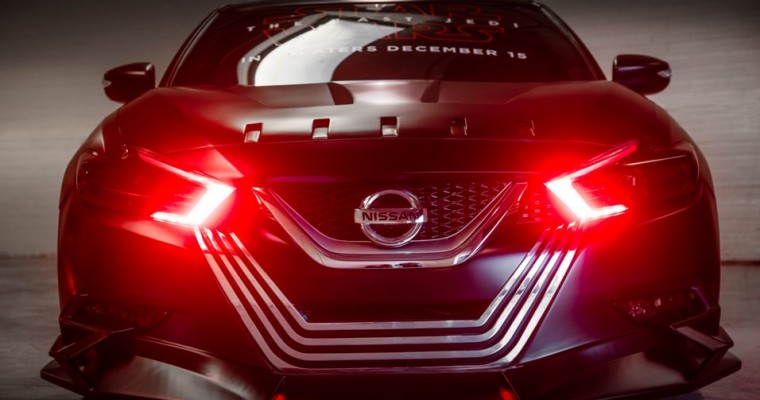 When Nissan announced its partnership with Lucasfilm to promote Star Wars: The Last Jedi, we were all excited. When the two brands joined forces last year for Rogue One, not only did we get commercials, but we also got a special edition Nissan Rogue on sale in the US and a Rogue turned into an […] 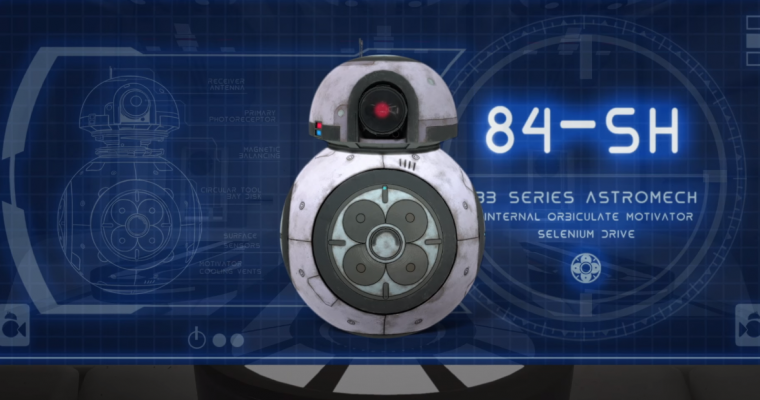 Nissan is one of the brands partnered with Lucasfilm for its release of Star Wars: The Last Jedi this December. To our delight, that means we get to see more Star Wars show cars, and we’re still holding out hope for a Star Wars special edition vehicle that we can take home. Like last year, […] 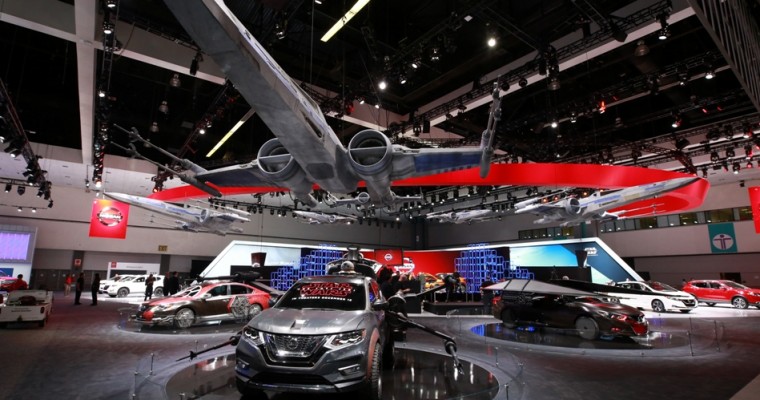 The LA Auto Show is for many journalists the beginning of the auto show “season” that runs during the winter in the US. After LA there is a gap for the holidays, followed by the big shows in Detroit and Chicago, as well as more local shows to let customers and observers get up close […] 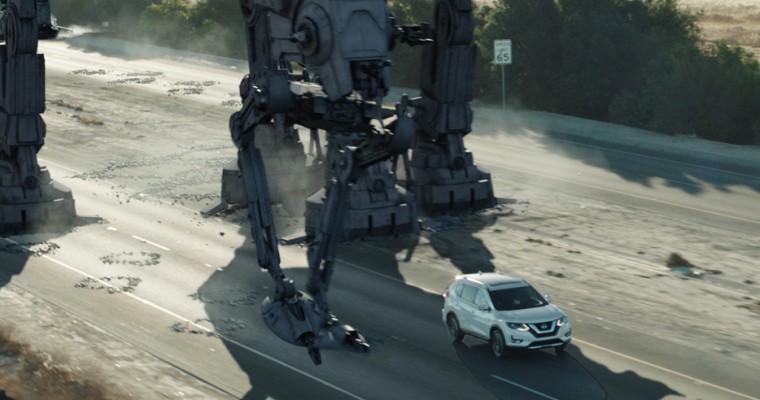 Last year, Nissan struck gold with its partnership with Lucasfilm. To promote the studio’s 2016 film Rogue One: A Star Wars Story, Nissan released a special edition of its appropriately named Nissan Rogue, as well as a commercial showing the SUV taking on the advanced vehicles of the film franchise’s world. For this year’s film, […] 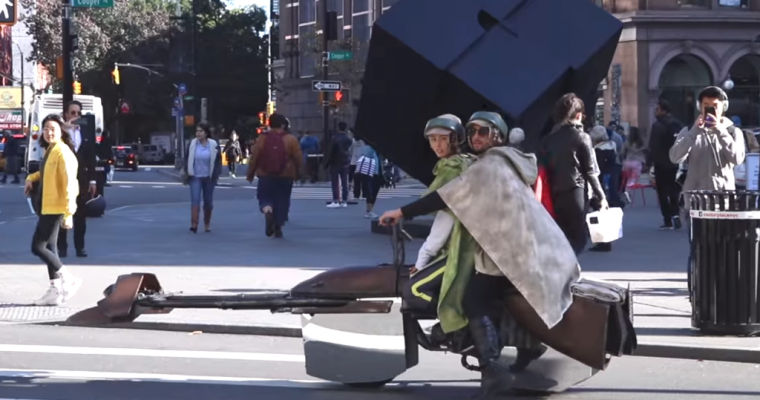 YouTubers Jesse Wellens and Casey Neistat always take Halloween to the next level and this year, they did not disappoint. The two creators have a tradition of designing crazy costumes for Halloween and making their way around a city, filming reactions of the costumes for a video. One year, they even snowboarded through the streets of New […]

What Limited Edition Star Wars Nissan Will We Get for ‘The Last Jedi’? 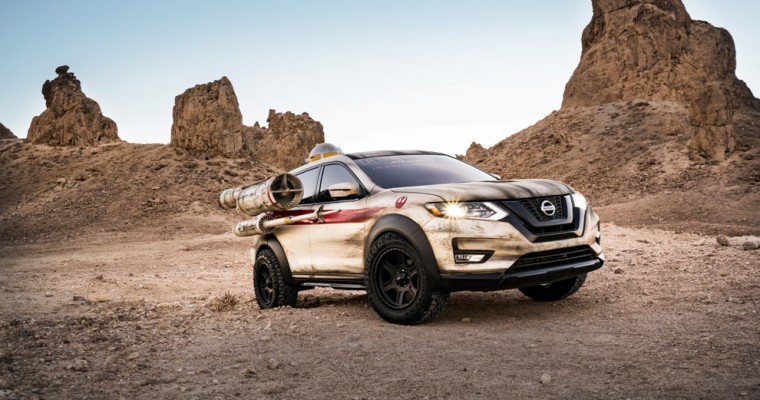 Last year, Nissan made the perfect partnership with Lucasfilm for its upcoming installment in the Star Wars franchise. Considering that the movie was called Rogue One: A Star Wars Story and Nissan produces a bestselling vehicle called the Rogue, it was a match made in space. With the latest Star Wars film, The Last Jedi, […] 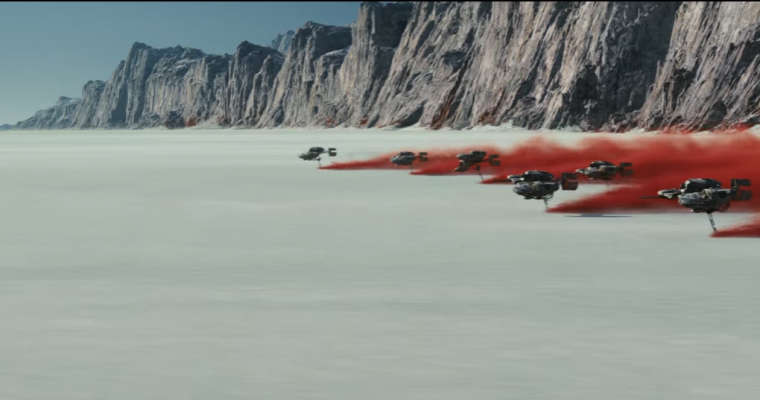 Speeders, walkers, and even an alien horse enter a galaxy far, far away

May the Fourth Be With You! Today marks the once unofficial, now official holiday celebrating the Star Wars saga. There is certainly plenty to be excited about regarding Star Wars this year. After all, the next chapter in the space opera’s epic story, Star Wars: The Last Jedi, is due to be released in December. The eighth […]