KBB Declares Chevy Volt to be Among the Best Used PHEVs 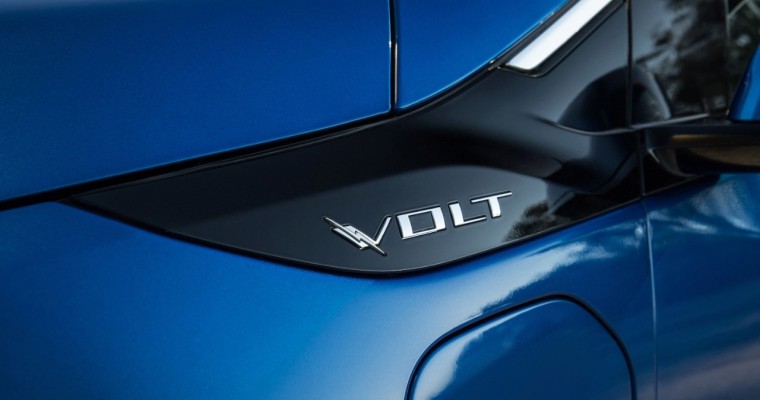 The Chevy Volt may be gone from the automaker’s lineup, but it’s far from forgotten. According to the experts at Kelley Blue Book, the Volt is among the best plug-in hybrids on the used-car market. Here’s what puts it above the competition. Find a Vehicle that Fits Your Lifestyle and Budget: Check out the used […] 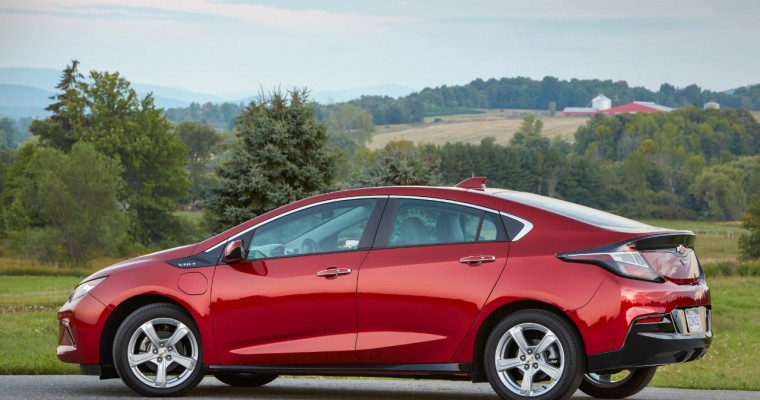 Recent college grads eager to drive into the future should get behind the wheel of a Chevy Volt. According to the experts at Autotrader, the Chevy Volt, model years 2016-2019, ranks as one of the 10 best cars for recent college graduates in 2019. Check Out: The 2019 Chevrolet Volt “For environmentally conscious drivers or […] 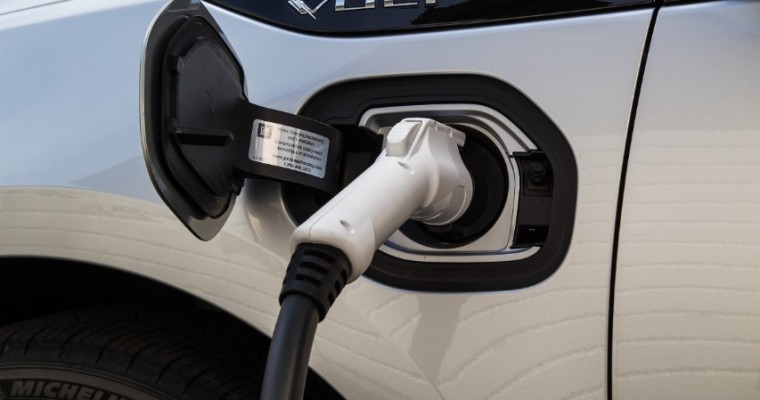 There’s a good reason that fuel economy ratings from the EPA are usually followed by a disclaimer mentioning that your mileage might vary depending on driving conditions. Sometimes a model will get even more miles per gallon than the EPA has predicted. This recently happened with a 2018 Chevrolet Volt, as depicted on the YouTube channel […]

Three Decades Before the Chevy Volt, There Was the GM Silver Volt 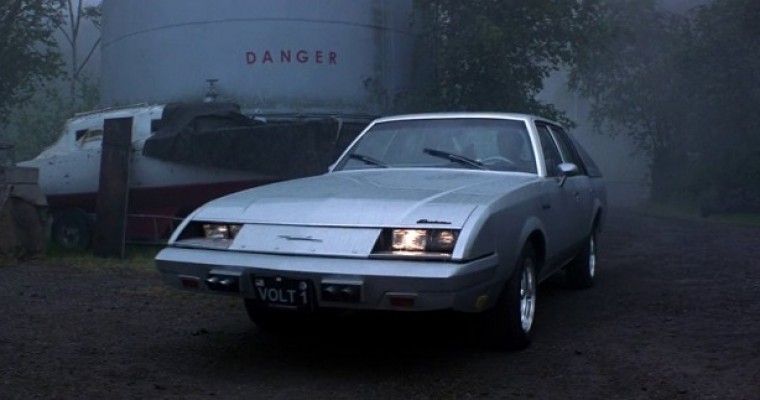 The Chevrolet Volt plug-in hybrid has a little-known ancestor from 1980: the General Motors Silver Volt. The Electric Auto Corporation built the Silver Volt as part of a special contract with GM. This plug-in hybrid car could hold five passengers and was based on a Buick station wagon. At the time, EAC said the Silver […]

Study: The 2 Most “American” Vehicles Are the Chevy Corvette and Chevy Volt 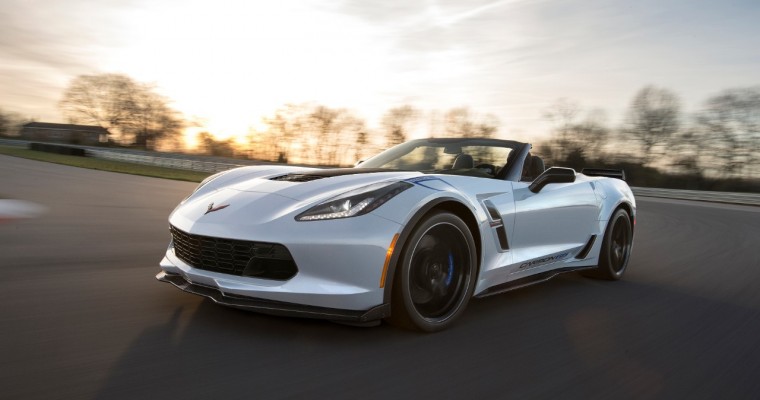 The 2018 Kogod Made in America Index uses 7 criteria to assess the percentage of a vehicle's value that contributes to the U.S. economy

In today’s auto industry, it’s not always easy to identify how “American” a vehicle really is. American cars are sometimes manufactured overseas, while foreign cars are often assembled here in the U.S. Every year since 2013, the Kogod Made in America Index has sought to clarify matters. This index uses seven criteria to assess the […] 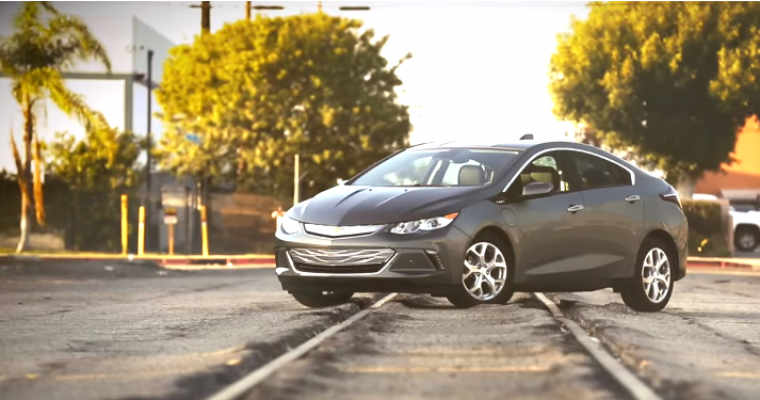 There’s no doubt that the Chevrolet Volt is more energetic than ever thanks to a second-generation powertrain. Its improved vivacity earned it a spot on WardsAuto’s “10Best Engines” list. As Drew Winter, senior content director at WardsAuto, articulates, “The Chevy Volt…has a torquey, fun-to-drive personality. It offers impressive electric-only range…and efficient gasoline-powered range whenever you need […] 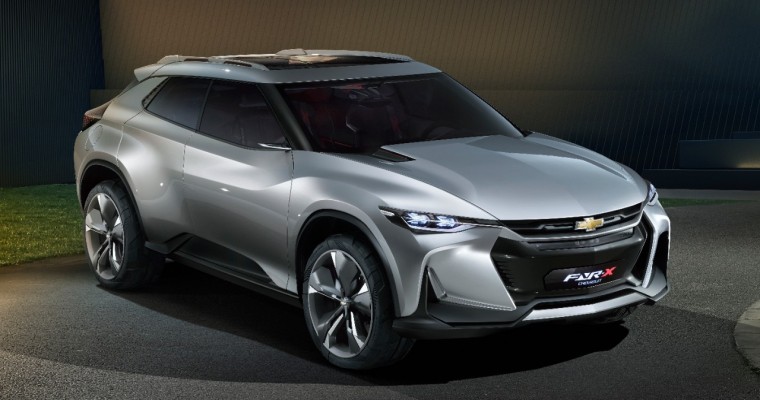 Due to this year’s slump in sedan sales, GM is currently planning to decrease its sedan production through the end of the year. Following in the wake of this news, there’s a rumor that the Chevy Volt might be replaced by a hybrid crossover in 2022. This matches up with the brand’s 2014 renewal of […] 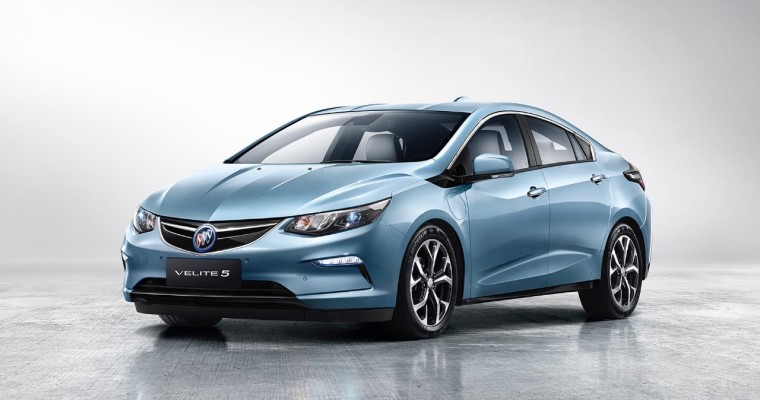 General Motors is ramping up its push to capitalize on China’s ambitious environmental goals, and the latest tool in its arsenal looks to go a long way toward putting the automaker toward the top in terms of new energy vehicle sales. Buick this month launched the Velite 5, an extended-range electric vehicle which is ostensibly […] 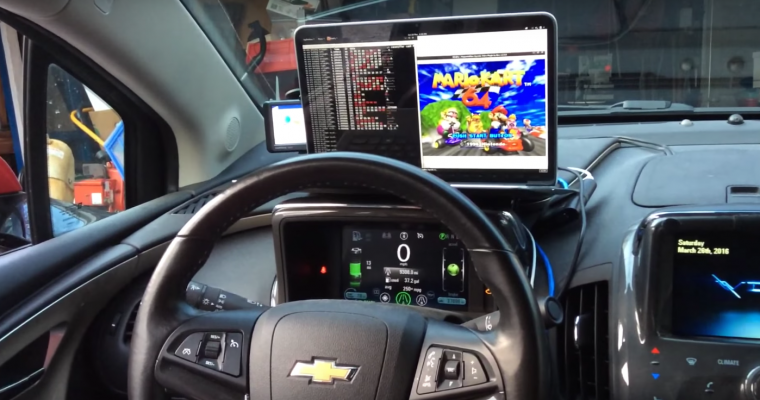 Recently, I discovered that the arcade bar near my apartment has “Mario Kart Arcade GP 2,” an arcade machine version of the classic go-kart racing game that allows up to two players to compete against one another as classic Mario (or, weirdly, Pac-Man) characters. As someone who has only ever played console versions of Mario Kart, […] 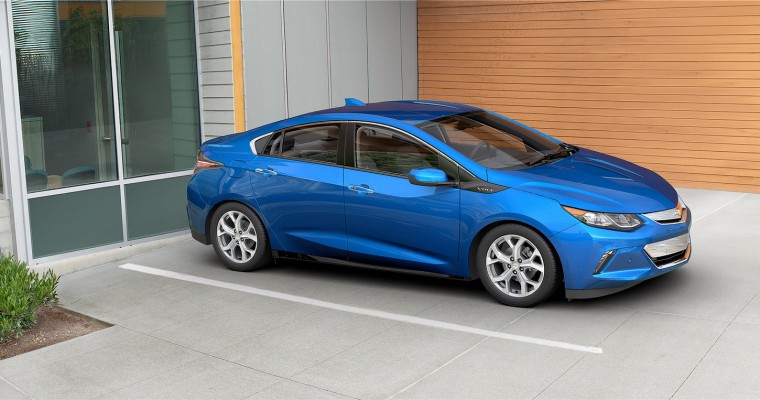 So, if any of our readers notice my name at the bottom of this article (hi, mom!), then odds are that I would be recognized for the amount that I like to write about electric vehicles. However, I have been plagued by one big problem: I had never actually been able to get behind the […] 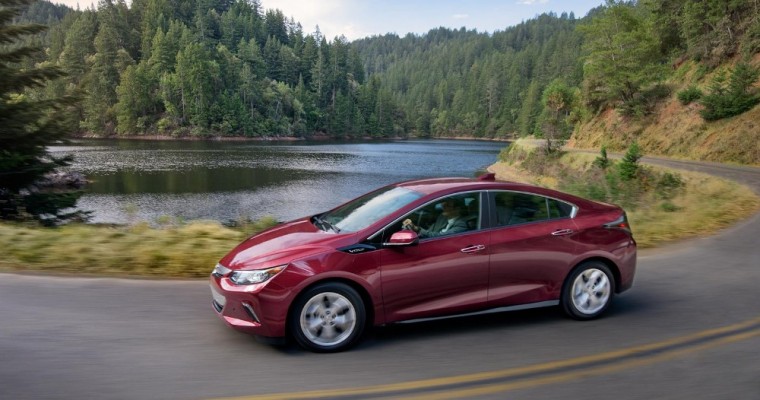 Perhaps out of concern for our new post-truth world or the scourge of fake news, Chevrolet is really trying to impress upon the public that the Chevy Volt is indeed a real car that is being purchased by real people. The sustained campaign to prove the realness of Volt ownership began months ago, when Chevy […] 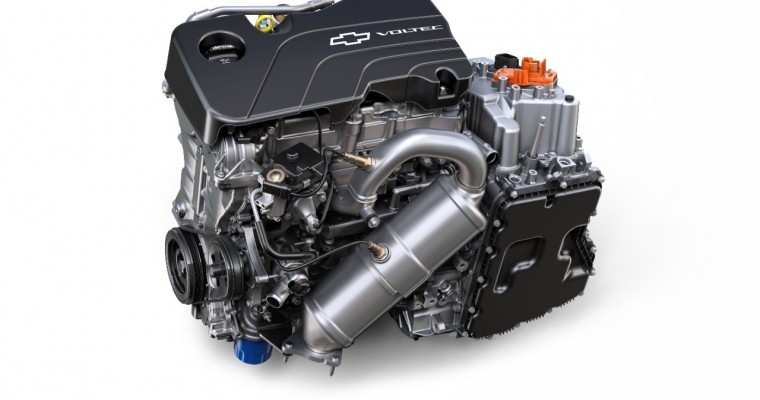 Today Chevrolet announced the addition of yet another industry recognition to its ever-expanding list of 2017 lineup awards, as the new Chevy Volt extended range electric vehicle (EREV) earns a spot on the 2017 Wards 10 Best Engines Award. This marks the Volt’s second consecutive year winning the award, and its third time appearing on […] 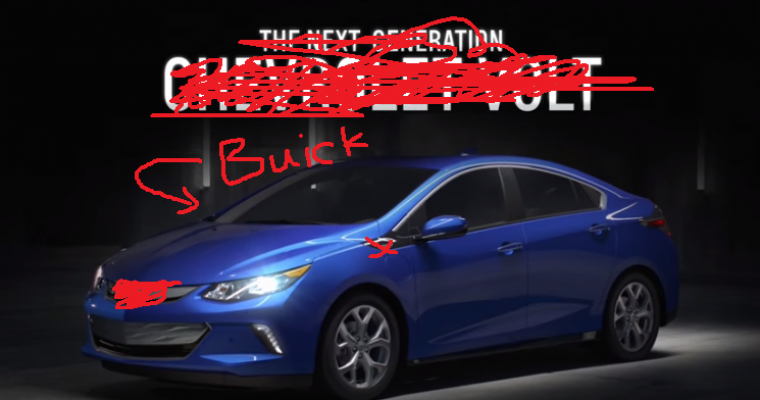 China has been stirring up its automotive industry for some time now, partly due to it being the largest car market in the world, and also partly because, in combination with polluting factories and agricultural practices, older cars with larger engines have been contributing to some of the worst air pollution in the world. This […] 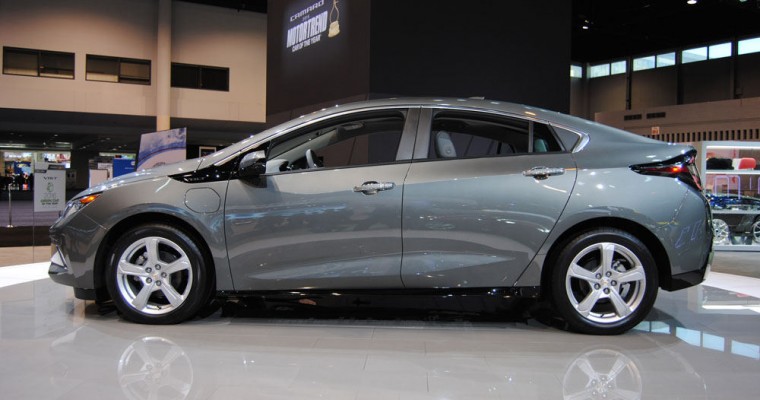 It’s hardly surprising for me to say that a lot of engineering went into the new Chevrolet Volt. When the vehicle was redesigned for the 2016 model year, it went through extensive remodeling, including a whole new body structure, a new battery, and a new engine—a process that requires many, many tests. There is one […] 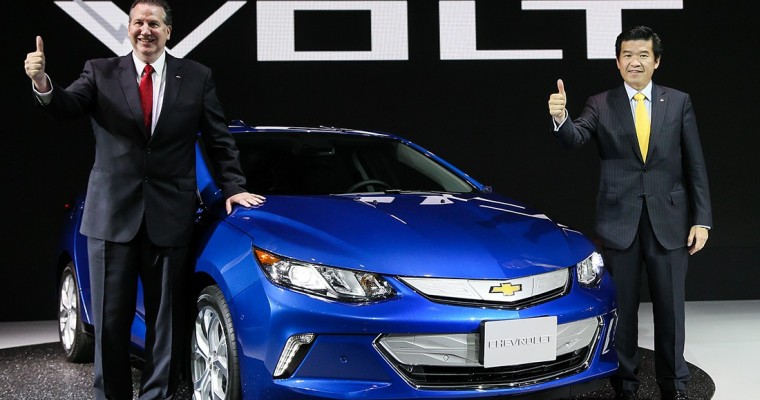 General Motors Premiere Night took place on Wednesday ahead of the kickoff for the 2016 Busan International Motor Show, and the company used it as a forum to reveal the 2017 Chevrolet Volt in Korea for the first time ever. The current-generation Volt, which originally made its world premiere in January 2015 and was subsequently […] 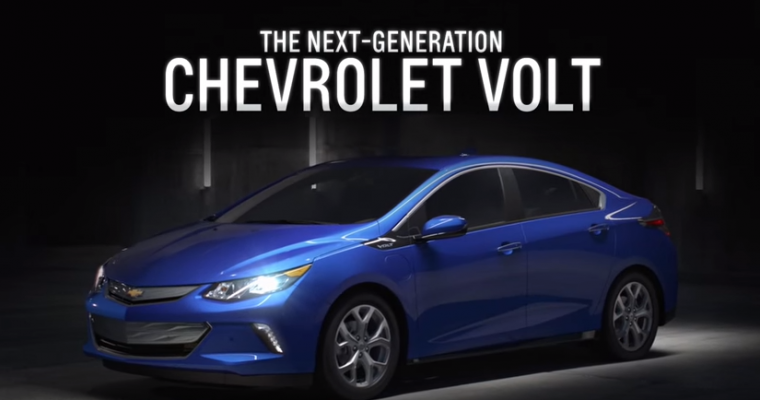 Back when the first Chevy Volt rolled onto the road, it was met with mixed reviews, with critics pointing out the car’s limited fuel choices, unintuitive dashboard, and more limited electric range (although that is a little unfair, given that the Volt’s range is still longer than most plug-in hybrids today). The second-generation Chevrolet Volt, […] 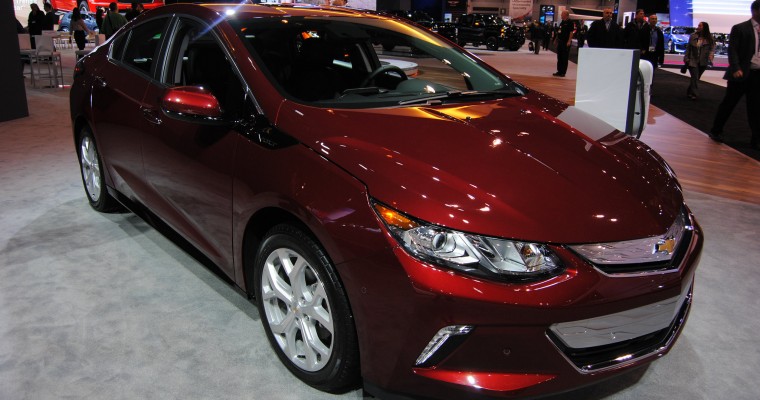 General Motors had announced that the 2017 Chevy Volt would launch nationwide sometime this spring. And apparently Punxsutawney Phil was right when he predicted an early spring, because according to reports, some dealerships are already beginning to list the 2017 Volt, and GM has already revealed its first incentives for the plug-in hybrid. Drivers in […] 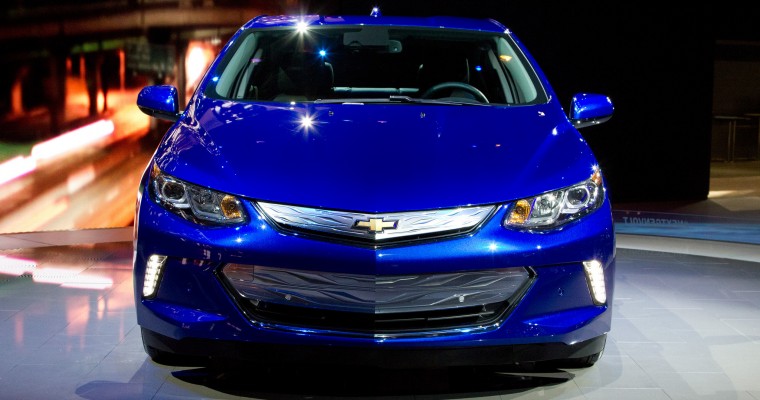