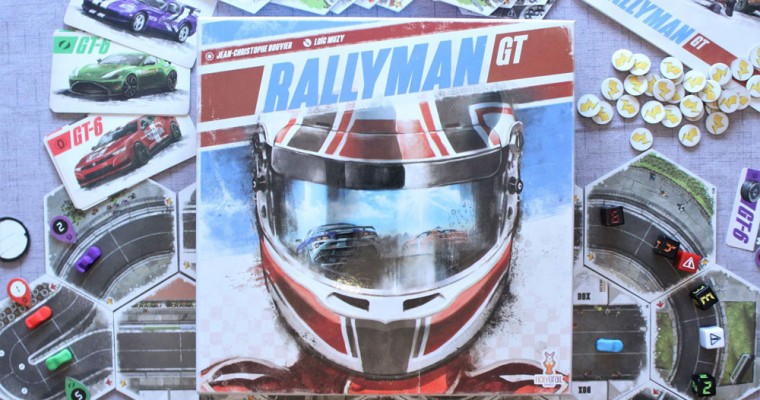 When it comes to the most esteemed motorsports board games, Rallyman is near the top of the list. Unfortunately, not many people have gotten to play the game because its original 2009 release immediately sold out, and it’s been hard to obtain ever since. The result was an ongoing demand for Rallyman to be republished […] 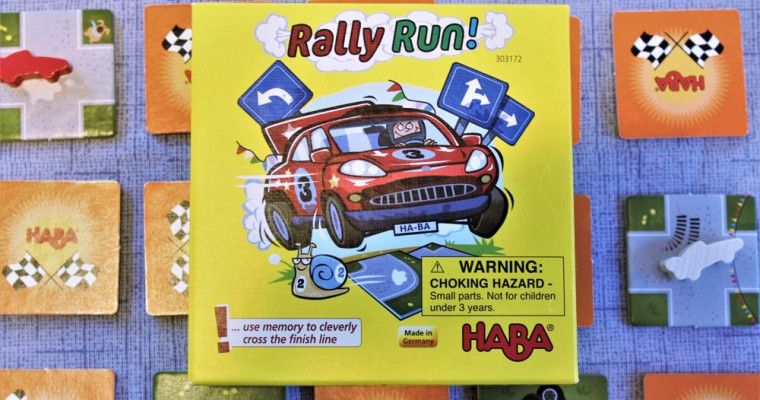 Many of my friends’ children are reaching the age that they’re able to play simple board games — and it’s an exciting time. I’m thrilled to be able to play classics like Candy Land, Cooties, and Sorry with them. I love teaching them automotive-themed games, and Rally Run! has become a popular one we play. […] 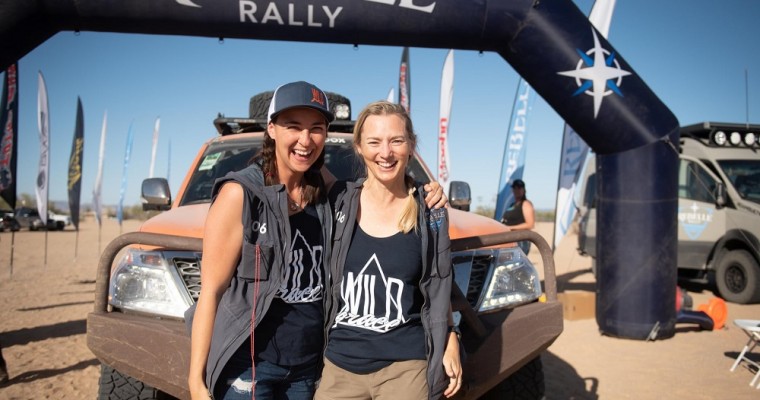 The Nissan Armada Mountain Patrol, driven by Team Wild Grace, earned sixth place out of 38 competitors at the 2019 Rebelle Rally. 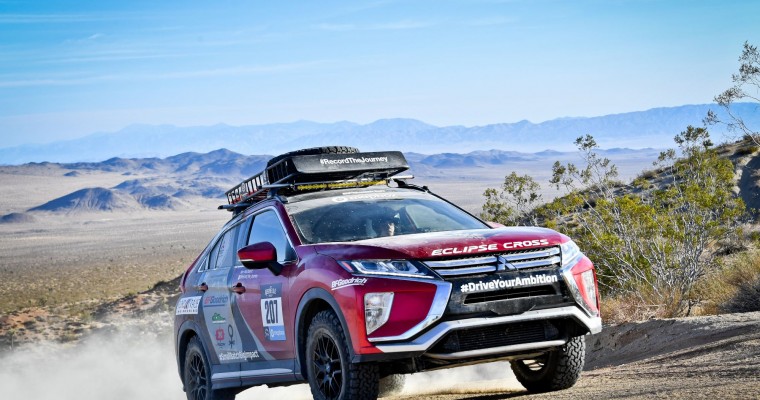 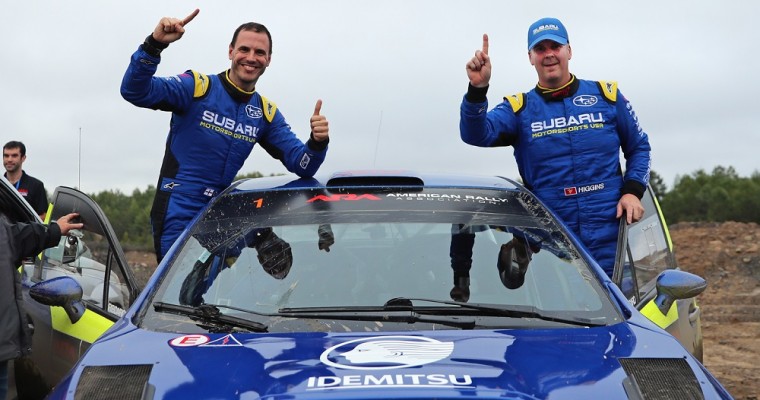 With a victory at the Lake Superior Performance Rally, Subaru driver David Higgins claimed the tenth U.S. Rally championship of his career. 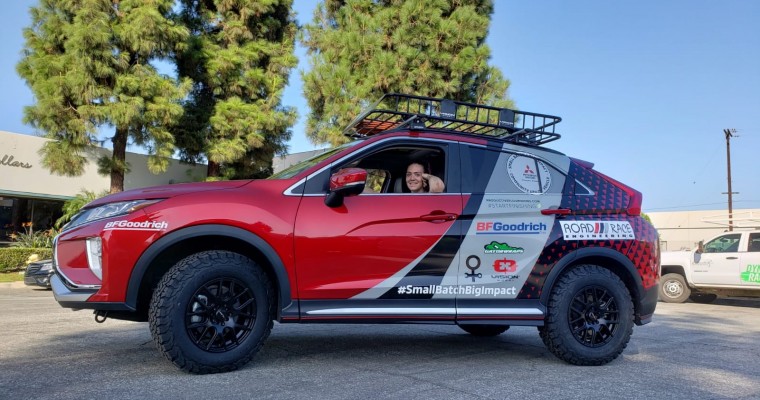 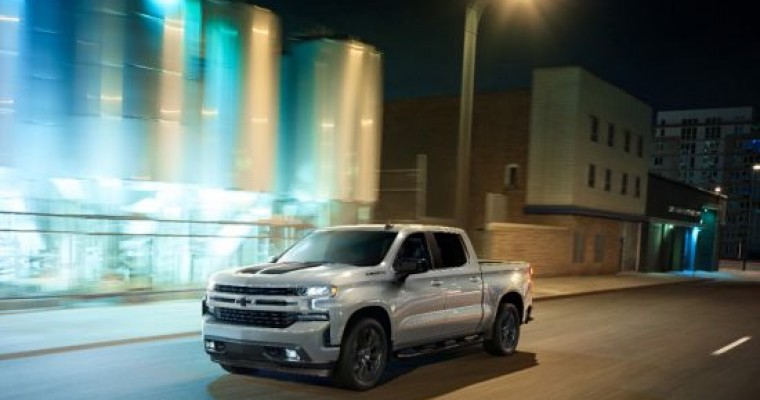 The 2020 Chevy Silverado 1500 made a striking appearance at the State Fair of Texas yesterday, revealing two special editions to make the formidable truck even more of a showstopper on the road. Drivers can order the Midnight and Rally special editions next month for dealership arrival later in the year. Check Out: 2020 Chevy […] 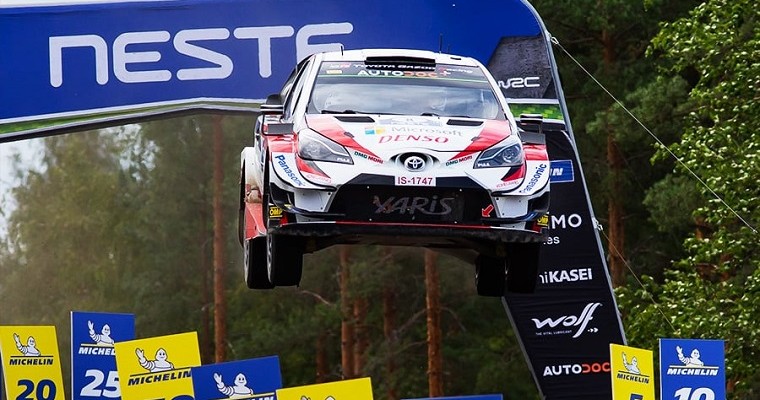 At the wheel of the Toyota Yaris WRC, Ott Tänak repeated last year’s victory at Rally Finland, the quickest event on the World Rally Championship calendar. That also made it three-in-a row at the event for the Toyota Gazoo Racing World Rally Team, which has never failed to put at least two cars on the […]

Subaru Wins Big at the ARX Rallycross of Gateway 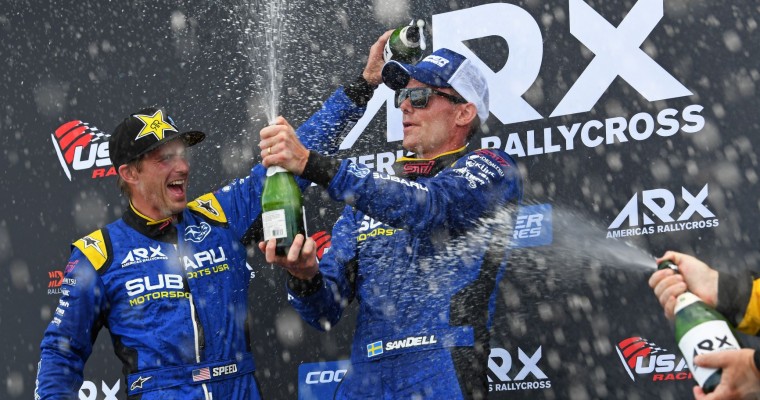 The brand's cars are far more than reliable family wagons 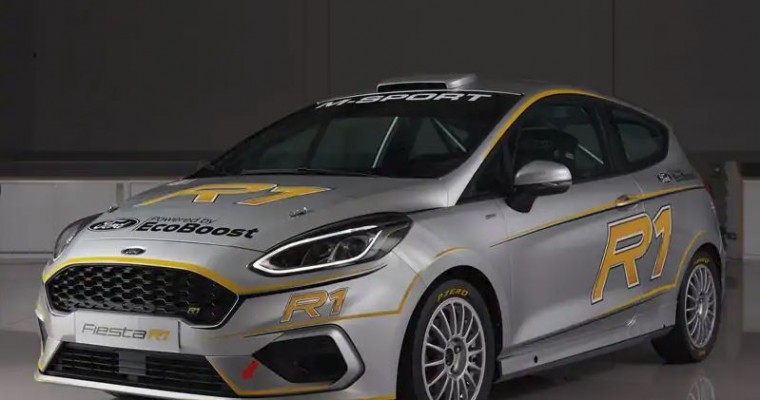 The all-new Ford Fiesta R1 will give aspiring rally car drivers a solid first rung to step upon in what Ford and M-Sport call its Ladder of Opportunity. The Fiesta R1 follows the Fiesta R2, which was revealed last year, as the second vehicle built at M-Sport’s headquarters in Poland and boasts rally-refined equipment including […] 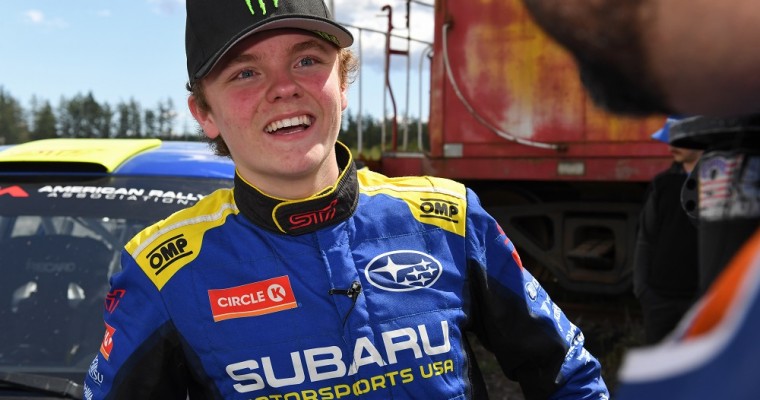 For most teenagers, getting behind the wheel of a nearly two-ton vehicle is a daunting task in and of itself. Add in racing around corners on dirt tracks at incredibly high speeds, and you’re sure to incite a panic attack. But that’s not the case for Swedish teenager Oliver Solberg, who was incredibly calm and […] 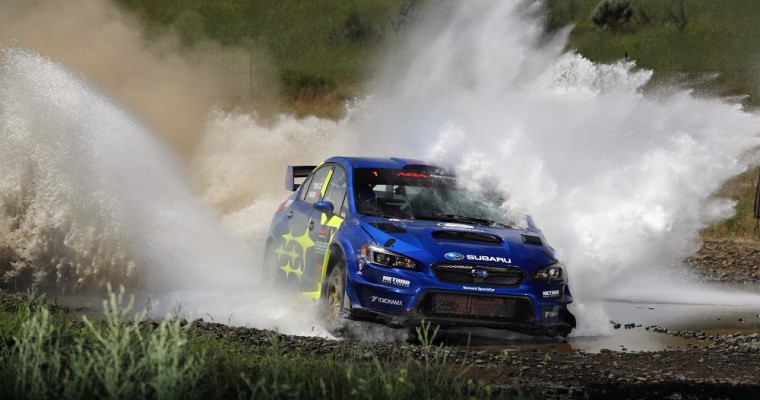 Subaru Motorsports USA drivers Travis Pastrana and David Higgins competed in the Oregon Trail Rally over the weekend, nabbing the top two podium spots at the end of the event. Higgins earned his first win of the American Rally Association season thanks to his powerful WRX STI. Meanwhile, in his 2019 rally debut, Pastrana had […] 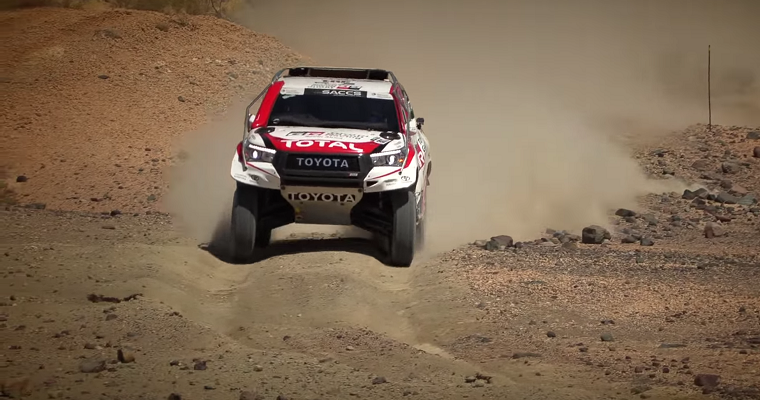 Fernando Alonso said the Dakar Rally-winning Toyota Hilux he’s been testing in South Africa this week “feels incredible” after making his first test runs. Giniel de Villiers, winner of the 2009 Dakar, drove alongside the two-time Formula One world champion in a separate 2019-spec Hilux, which won this year’s Dakar with Nasser Al-Attiyah at the […] 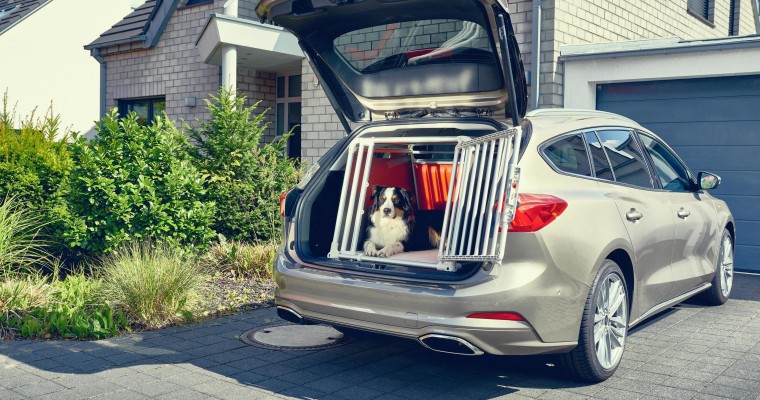 According to a new Ford-backed survey, 32 percent of 5,000 dog owners in France, Germany, Italy, Spain, and the United Kingdom admitted to not adequately securing their dogs while driving. The Blue Oval hopes to curb that shocking trend with its all-new Ford Focus Wagon, which has a larger and more dog-friendly cargo area thanks […] 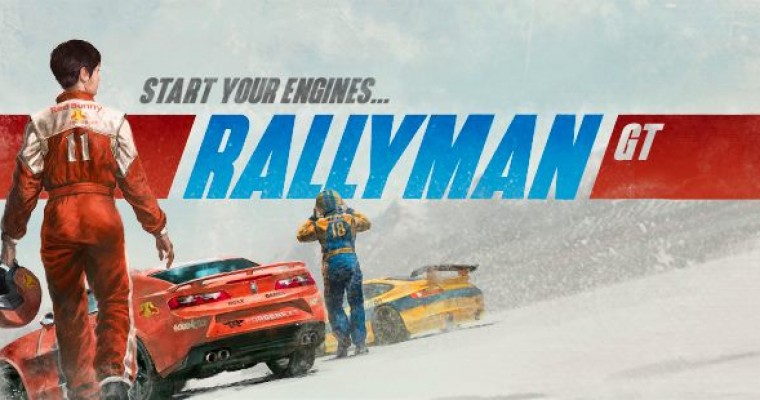 Of the dozens upon dozens of motorsports board games that have graced gamers’ tables over the years, few have earned the acclaim that Rallyman has. Though it has received multiple re-releases over the years, Rallyman is an uncommon game to find — and can cost a pretty penny. For those reasons, although I’ve reviewed dozens of […] 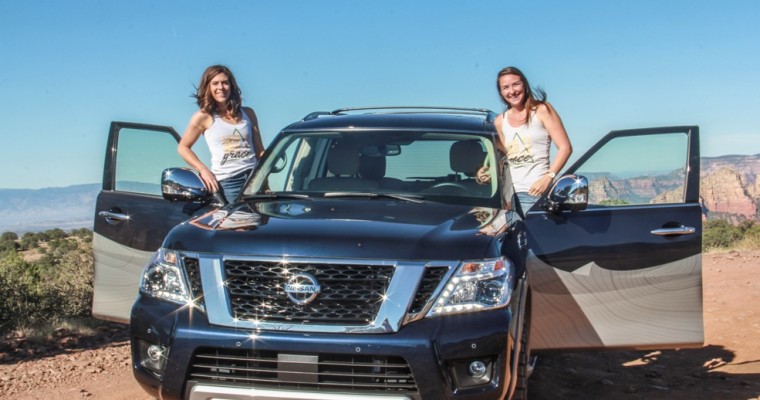 With the right vehicle on your team, you can conquer almost any terrain. We bet that Team Wild Grace would agree after finishing the 2018 Rebelle Rally in its Nissan Armada. It made it to 11th place out of 41 total entries and fourth place in the stock vehicle category called Bonestock. Find Your Nissan: Learn […] 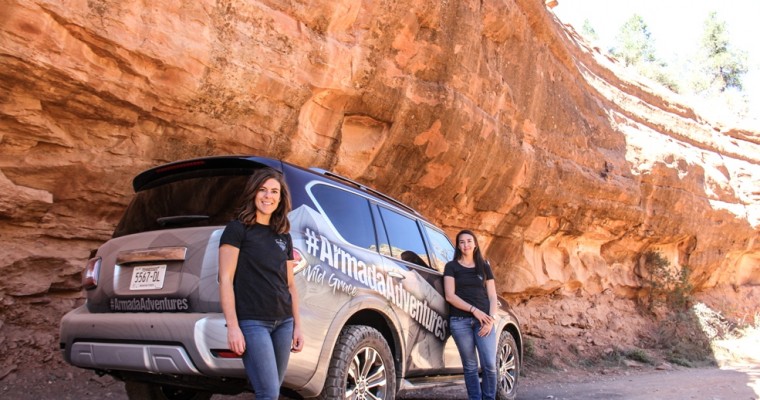 This week, the first women’s off-road navigation rally in the United States, the Rebelle Rally, began at Lake Tahoe in California. From Oct. 11 to 20, teams will race across 1,500 miles of terrain in California and Nevada on the way to the finish line in San Diego. Team Wild Grace, lead by Sedona Blinson […] 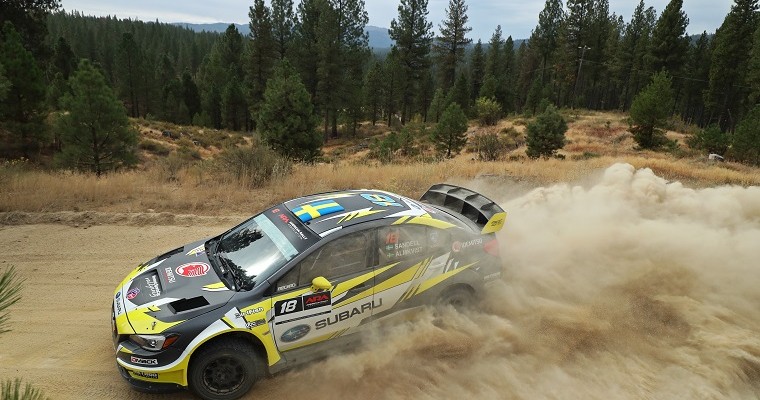 Subaru has added yet another win to its impressive tally of rally victories, this time at the 2018 Idaho Rally International. Patrik Sandell managed to hold off Subaru teammate David Higgins on the dusty, twisty roads of the rally, though Higgins’ lead in the American Rally Association championship is such that he is now mathematically […]