Search results for bmw i3 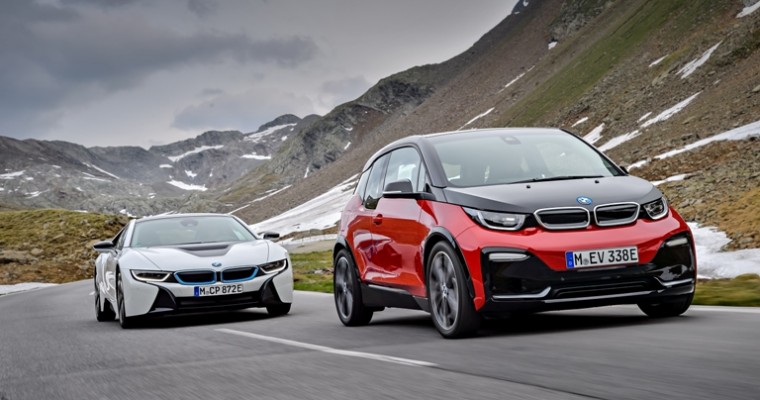 BMW’s mission to expand its electric lineup is certainly no secret. The automaker seems to be right on track for this goal, delivering more than 100,000 electric vehicles during 2017. By 2021, BMW plans to introduce the i4 and iNext EVs to its lineup. Yet, the introduction of these two EVs leaves the future of the […] 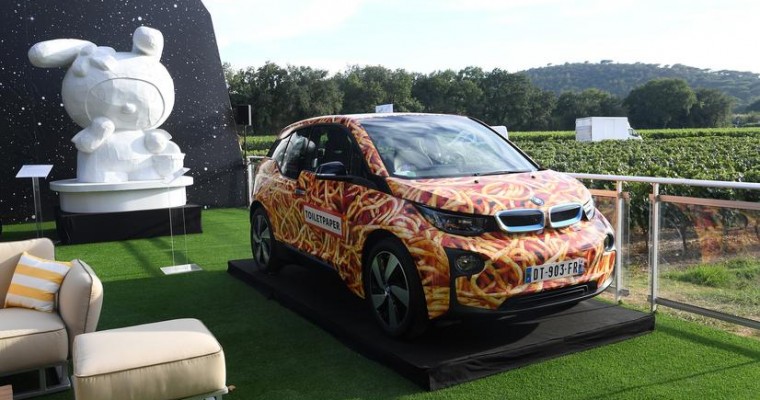 Last year, world-renowned actor Leonardo DiCaprio finally achieved his life-long goal of winning the Academy Award for Best Actor. All at once, the constant stream of jokes about Leo being doomed to never win an Oscar came to an end. Of course, obtaining an Oscar is not DiCaprio’s only life-long goal. The actor is an ardent supporter […] 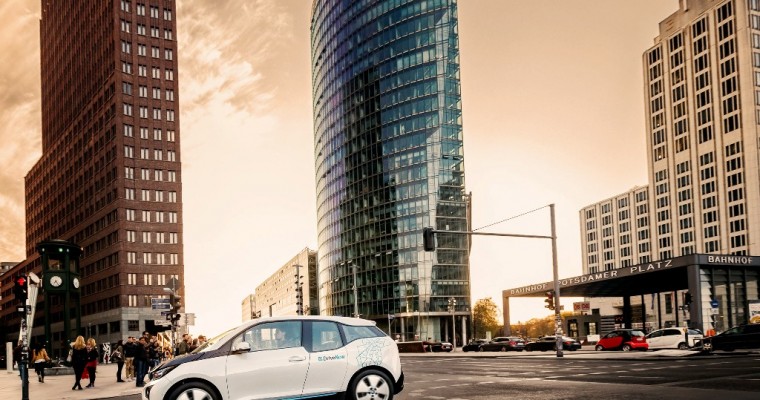 If you’ve seen it in person, or even if you’ve only seen a picture of it, you can probably tell that the BMW i3 is not a very large vehicle. However, sometimes the best vehicles aren’t always the largest ones. At least, that’s what judges at the New York International Auto Show believe, which is […] 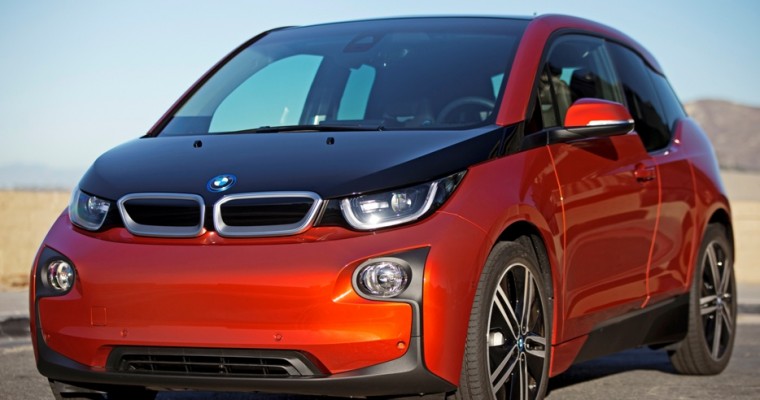 Most of the rumors these days about BMW have to do with the i Series, its innovative line of EVs and hybrid cars. Late last month, the Business Insider reported that the next addition to the BMW i Series would be a full-blown SUV. While we are very excited to learn more about that vehicle, […]

BMW i3 and BMW i8 Get a New Look in Paris 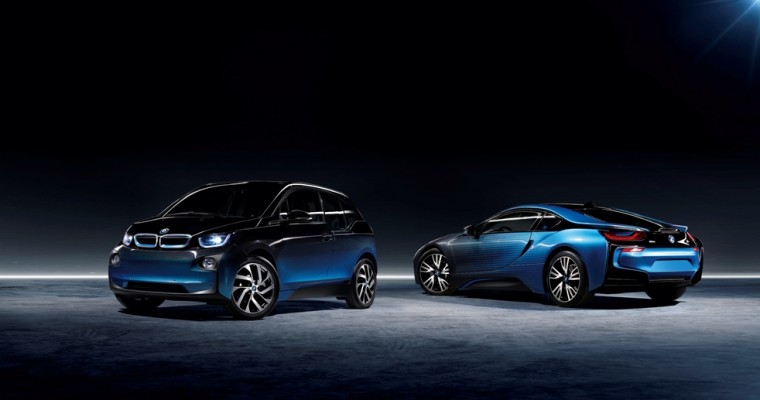 Since the day the BMW i3 and i8 were presented to the world, both models have been given a lot of good press for their sharp looks. They might already look great, but BMW wanted to take it a step further. The automaker collaborated with Garage Italia Customs to build two custom cars for the Paris […] 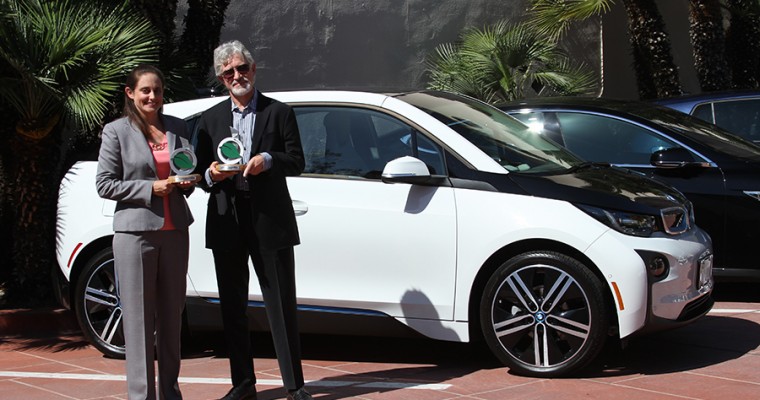 The BMW i3 is an impressive green car, exuding luxury from its compact shape while helping make strides to ensure that EVs are seen as viable options on roads around the world. BMW has built whole ridesharing programs around this vehicle, and is constantly lending it out to organizations so that it can prove its mettle […] 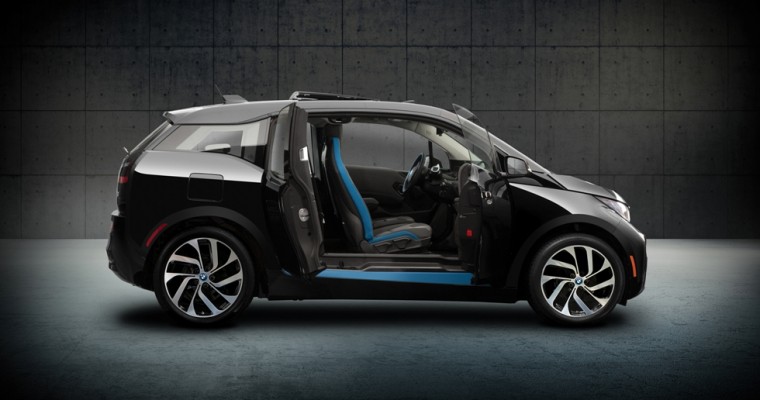 The BMW i3 is a sporty electric car that already offers a lot when it comes to style, with its distinctive shape and unique interior. I’ll admit to falling in love with it at first sight.  That isn’t stopping BMW from taking it to the next level, however. At the LA Auto Show, the 2016 […] 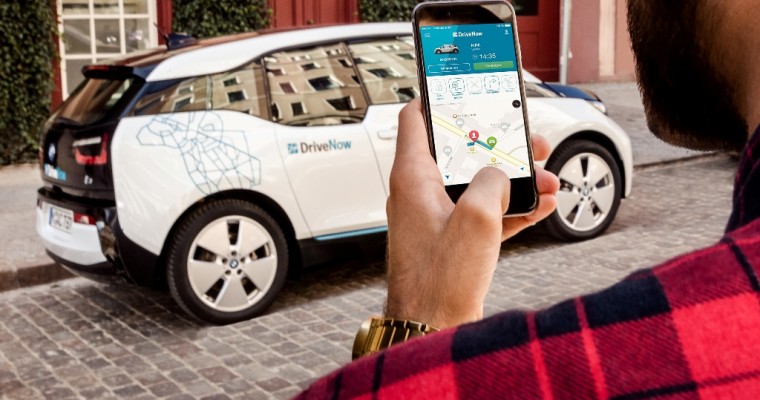 One of the first things you think about when it comes to big cities is traffic. Clogged roadways, slow moving highways, and smog on the hottest days come to mind, and they don’t paint a pretty picture. BMW knows that, and is working toward a better future. Modern cities have mostly been based around cars, […] 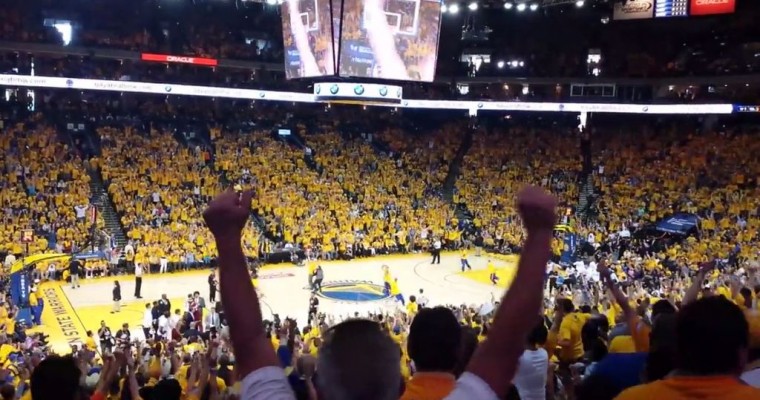 The Golden State Warriors aren’t winning as much as they would like to during the NBA Finals this week (thanks to LeBron James and his army of Cavaliers), but that doesn’t mean the Warriors’ fans are going home empty-handed. During Sunday night’s game at Oracle Area in Oakland, California, one special Warriors fan was given […] 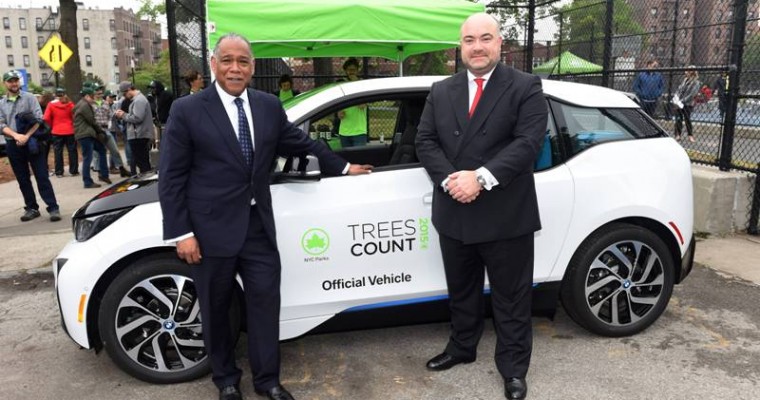 If there’s one automaker that’s become known as eco-friendly these past couple years, it’s BMW. The German automaker has drawn attention and acclaim for its electric i3 and i8 supercar made of recycled materials. The BMW i3 has quickly become an icon of future-thinking, automotive sustainability. Taking environmental support one step further, BMW of North […] 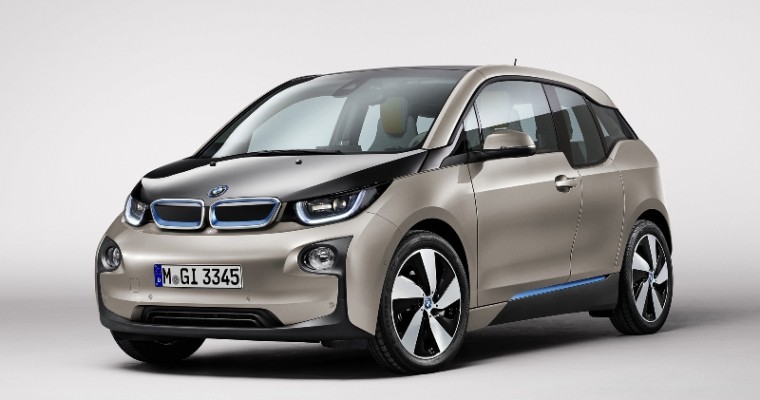 Interested in the second model year of BMW‘s trendy EV? Here’s what’s new. Fresh for the 2015 model year, the BMW i3 will see a battery state-of-charge indicator, an early alert to warn drivers of potential power loss, and a proactive boost to the battery level based on the car’s navigation prior to hills. 2015 […] 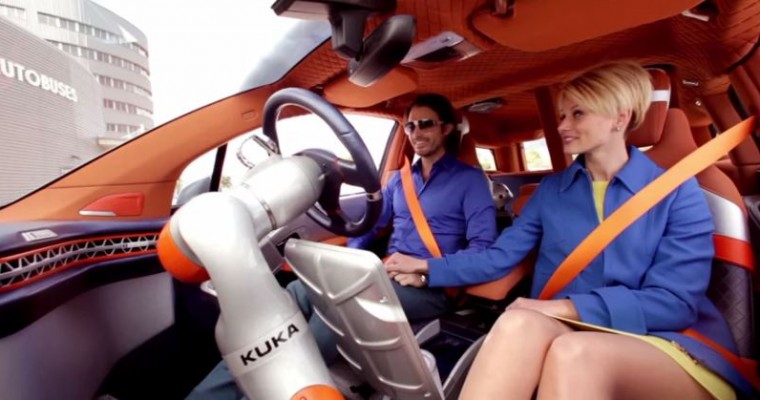 We’ve all heard that self-driving cars are the future of the auto industry and while most of us wouldn’t disagree with that prediction, the prototypes we’ve seen thus far haven’t convinced us the idea is currently feasible. That’s why Swiss tuner, Rinspeed, is on a mission to change people’s perspectives on driverless cars. Rinspeed has […] 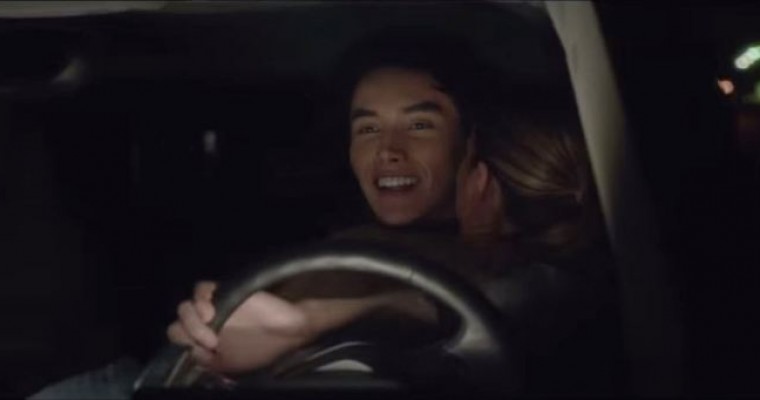 Copulation in cars is becoming a hot motif for music videos these days. Keith Urban’s “Somewhere In my Car” video recently stirred up controversy with its soft-core fornication scenes, and now Jason Mraz’s “Long Drive” music video follows two aroused teens who can’t wait to find an intimate place together. Luckily for them, their BMW i3 suits their needs […]

BMW i3 Clinches 2015 Yahoo Green Car of the Year Title 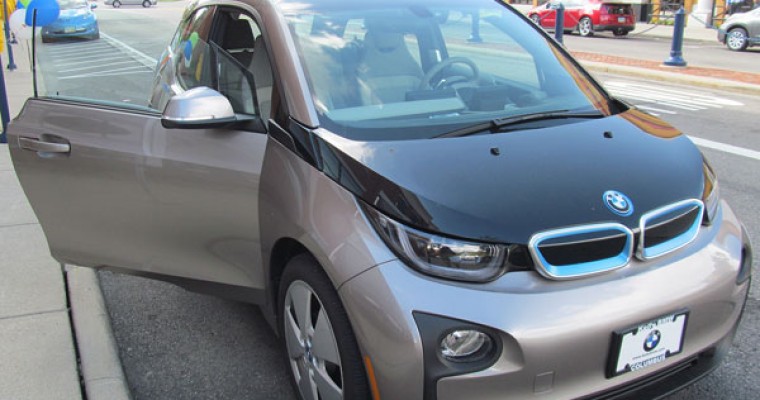 The stylish BMW i3 has already enjoyed a stellar first year. Despite taking some heat for its hefty price tag (it is a BMW, after all) and a lackluster range-per-charge distance, the electric vehicle (EV) manages to continue garnering plenty of attention. The latest accolade won by the revolutionary hatchback EV is the 2015 Yahoo Green Car of […] 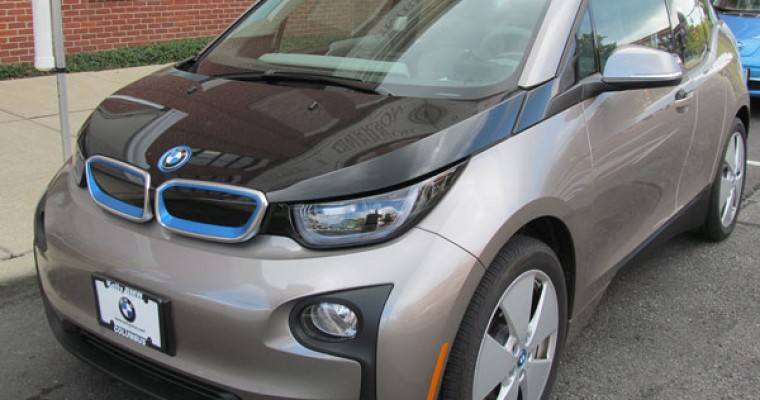 Recently, one of The News Wheel‘s editors was able to take a test drive in the all-electric 2015 BMW i3 at the Drive Electric Ohio event in Columbus–and he couldn’t wait to share his experience! We’ll hand the mic over to Aaron as he tells us about his BMW i3 test drive. Dig Deeper: Read […]

[VIDEO] BMW i8 Innovations Are Available for the BMW i3 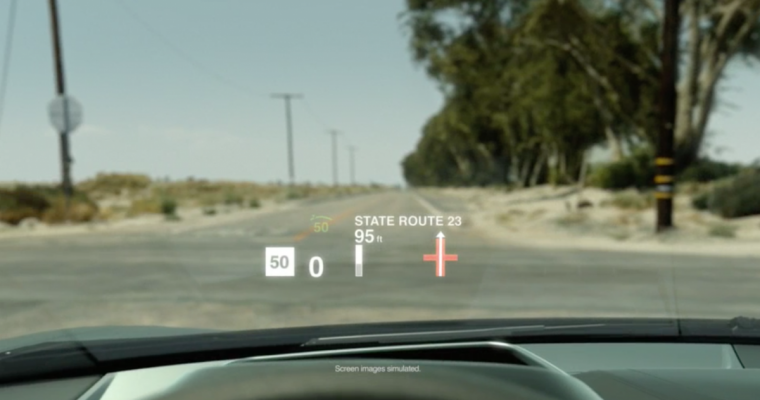 Unless you have $135,000 to spare (or more, based on how inflated the prices for BMW’s revolutionary plug-in i8 hybrid are becoming), you probably will never get to use the fancy features of the technological glory that is the BMW i8. That is, unless you buy the BMW i3. BMW i8 Innovations Share the Road […] 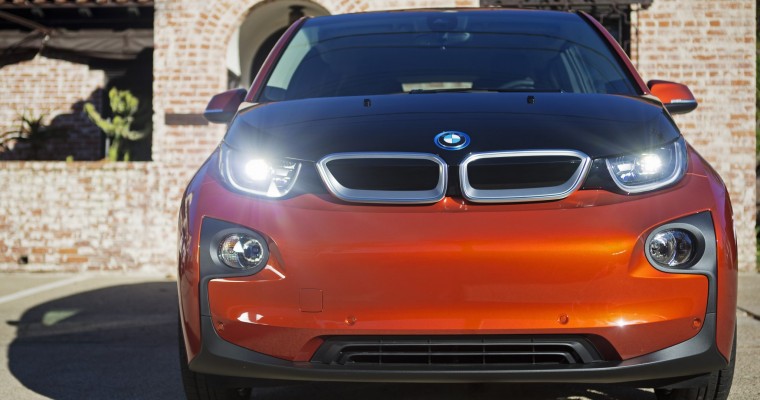 AutoBlog is confirming that the BMW i3 REx will sport an EPA rating of 117 MPGe combined and will get 39 mpg when running on gasoline. This puts the i3 with range extender comfortably in the neighborhood of EV and PHEV competitors. The i3 REx, which has already begun arriving at dealerships across the country, […]