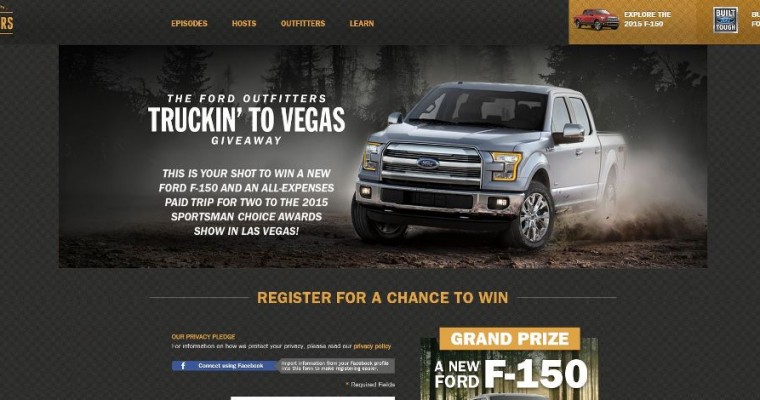 You’ve probably heard all about Ford‘s revolutionary 2015 Ford F-150, and by now you probably want to get your hands on one. Know the easiest–and cheapest–way to do that? Enter Ford Outfitters’ Truckin’ to Vegas giveaway! The grand prize winner of the sweepstakes will win a 2015 Ford F-150 pickup truck and a trip for […] 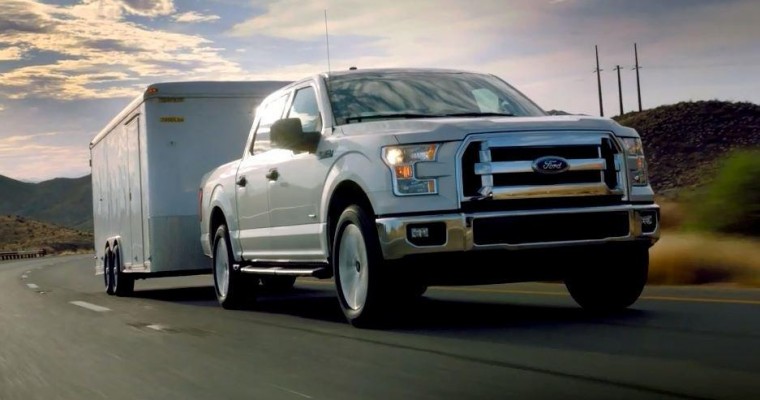 Ford is eager to sell as many F-150s as possible by year’s end, and it’s ramping up incentives in order to hit its mark. High demand coupled with production issues and frame shortages has made it difficult for Ford to keep its prized pickup on dealership lots, and most projections have Ford struggling to recover […] 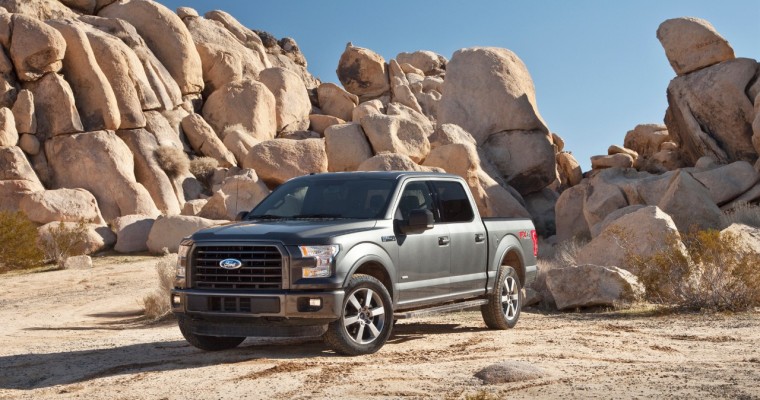 The 2015 Ford F-150—in each of its SuperCrew, SuperCab, and Regular Cab iterations—earned the five-star Overall Vehicle Score from the National Highway Traffic Safety Administration (NHTSA), passing the New Car Assessment Program (NCAP) with flying colors and, in the process, allaying the fears of those still on the fence about the strength of the new […] 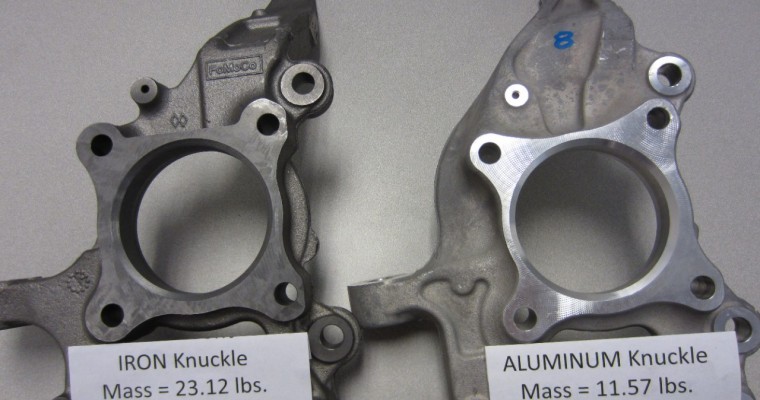 Ford went to extreme lengths to make sure that the 2015 Ford F-150 is not only the smartest and most-capable truck that it has ever built, but also the lightest and most efficient. To accomplish an incredible decrease in the new F-150’s weight compared to that of the 2014 model, Ford utilized a great deal […] 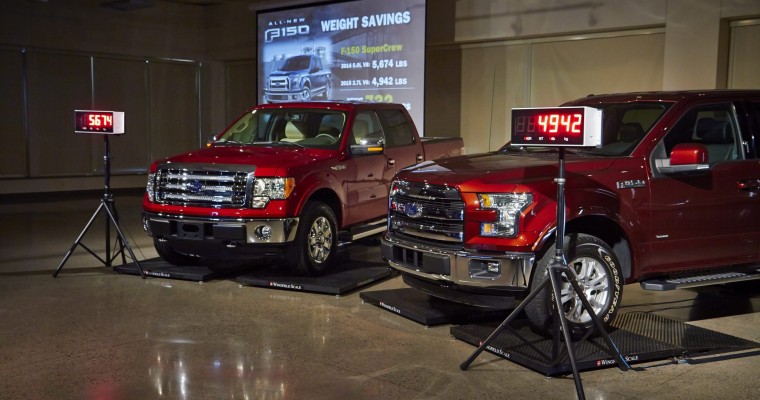 Among the questions raised in the wake of Ford announcing that the next-gen F-150 would use aluminum-alloy in its body panels: how will this change affect resale value? According to ALG, residual value is one less worry in the watches of the night in the case of the 2015 F-150. ALG estimates that improved fuel […] 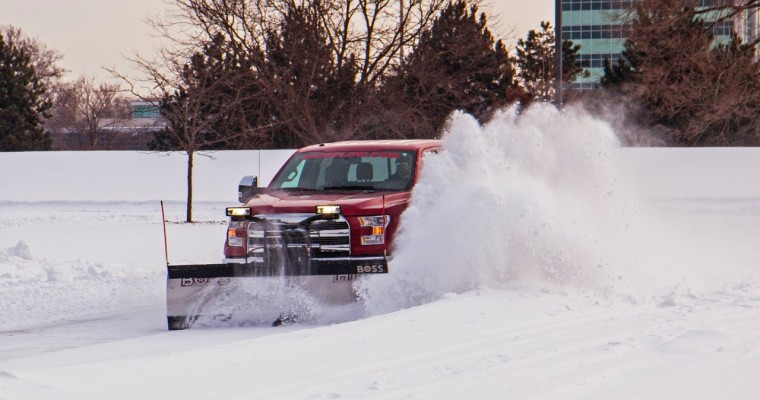 The odds are pretty good that wherever you are in the world right now, you’re probably buried under several feet of snow. If so, you certainly have my sympathy (and, to a greater degree, my empathy). If you are one of these fortunate individuals who has managed to hide themselves away from the harsh, bitter […] 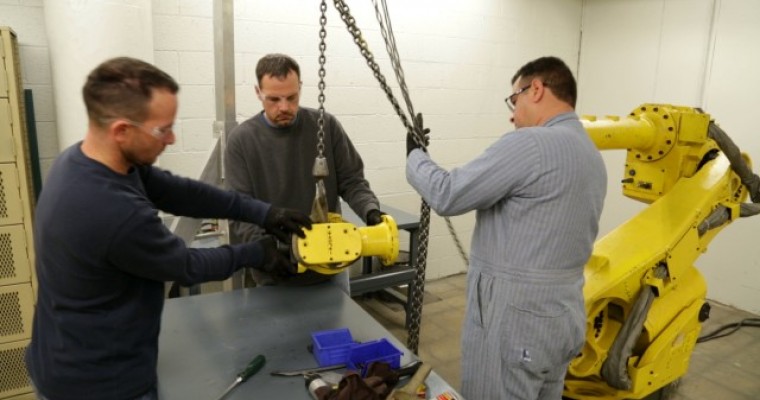 Despite retaining so much of the DNA essential to the ethos of Ford Tough, the new 2015 Ford F-150 is quite unlike any pickup truck ever made. In order to ensure each and every new F-150 to roll off the line at both Dearborn Truck Plant and Kansas City Assembly Plant is up to Ford’s […] 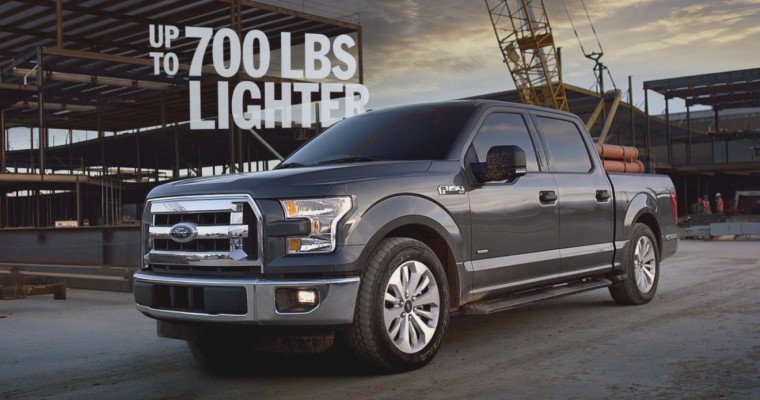 Ford kicked off the New Year with a barrage of ads flaunting its newly-released 2015 F-150 pickup, but it was notably hesitant to tout its EcoBoost-powered model having the highest EPA-estimated fuel economy of any full-size, petrol-powered pickup. Not so with the latest spot, entitled “Keep Going,” which goes so far as to mention the […] 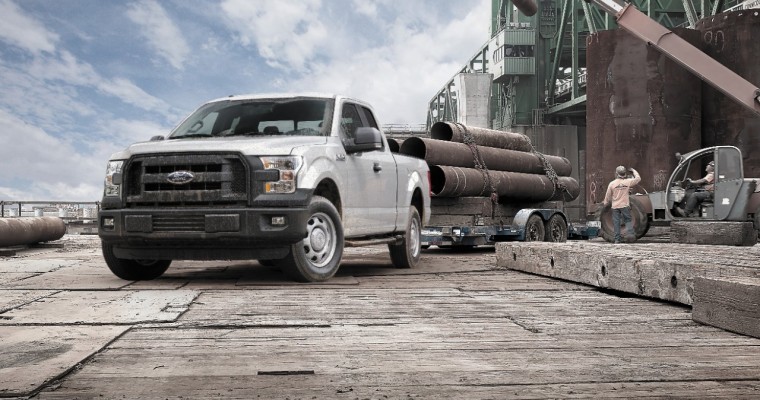 One of the methods through which Ford tested the durability of its all-new 2015 F-150 was to dress a number of prototype mules up as previous-gen models and put them to the test in real world situations. Barrick Gold USA was one of Ford’s customers chosen to test out the prototypes between 2013 and 2014—albeit […] 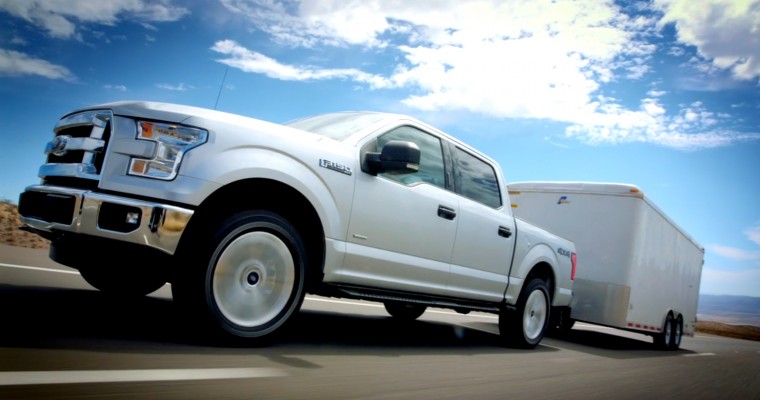 Ford kicked off 2015 with a monster January, with the Blue Oval brand posting a massive 15.5% year-over-year increase with 171,732 deliveries. The biggest reasons for Ford’s success? Yep, you guessed it: the 2015 Ford F-150 and Mustang. “Customer demand is strong for our newest vehicles, driving retail sales gains across our lineup in January,” […] 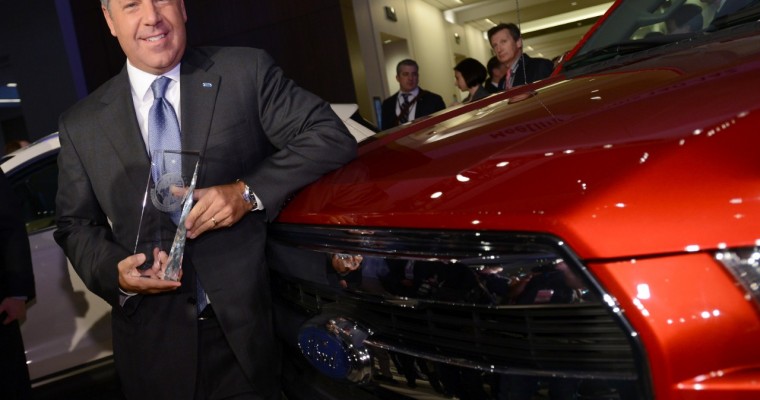 It came as little surprise to most that the 2015 Ford F-150 was named the North American Truck of the Year today at the 2015 North American International Auto Show (NAIAS). It may have been somewhat surprising that the ceremony was held at 7am Monday morning (because sleep is overrated?), but the result was almost […] 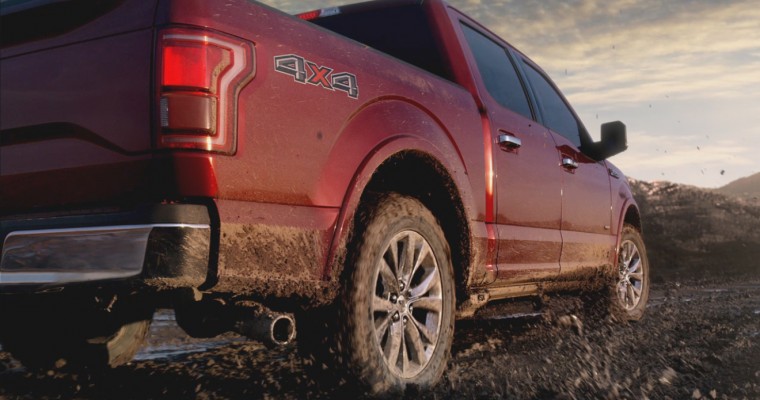 The launch of the all-new 2015 Ford F-150 is extremely important to Ford, not just for their 2015 bottom line, but also because it could shape the direction of so much of their lineup into the future. As such, it stands to reason that Ford would accompany the launch of arguably the most important […] 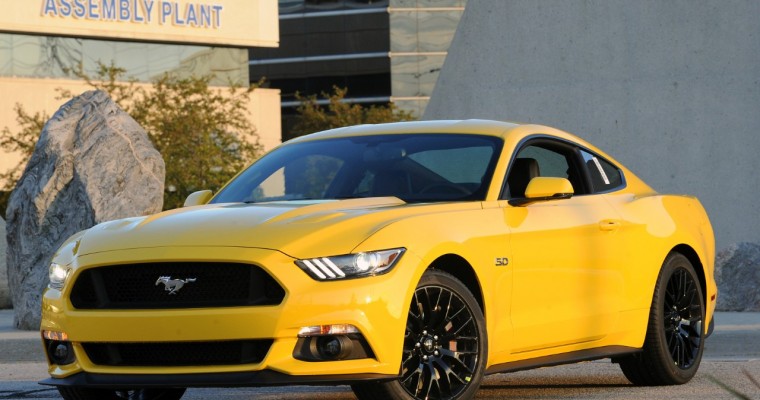 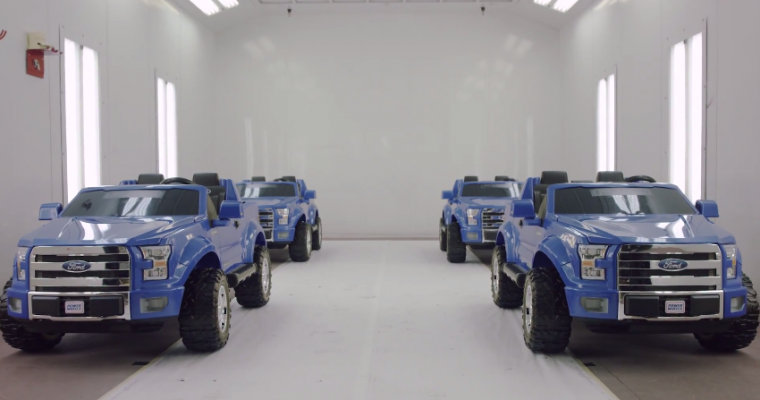 It may only be a toy, but the Power Wheels® F-150 is no slouch in terms of toughness. In its infinite wisdom and imagination, Fisher-Price® determined that the best way to put its latest truck for kids to the test was to put four of them beneath the wheels of Ford’s latest truck for grownup […] 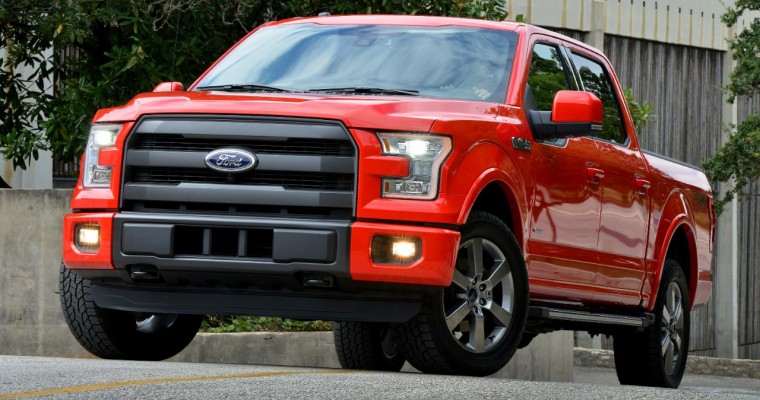 Last year, the brand-new 2015 Ford Mustang was named the official vehicle of the 2014 International CES, riding the wave of excitement surrounding its December 2013 reveal. A year later, the new Mustang has arrived, and hot on its heels is the brand-new, aluminum-heavy-yet-lightweight 2015 Ford F-150, which will serve as the official vehicle of […] 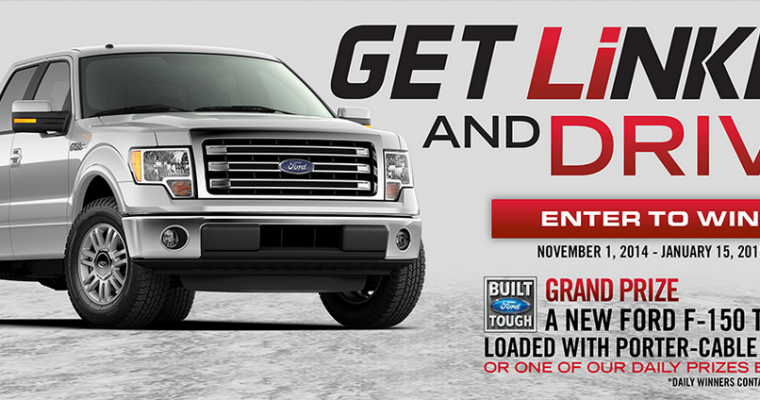 Given that the first F-150 has already been delivered to a customer in San Antonio, your chances of being the first guy on the block (and, for that matter, any block) to buy and take delivery of the latest Ford pickup has gone right out the window. Lucky for you, you still have a shot […] 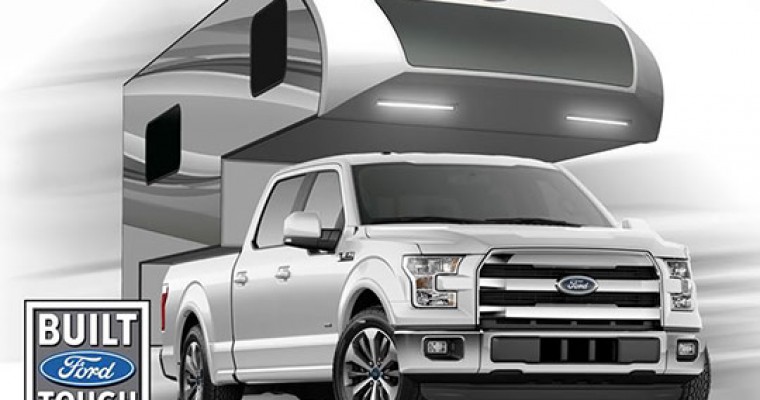 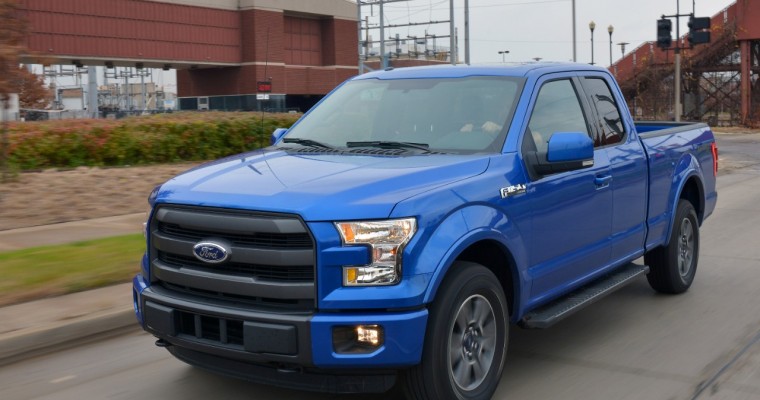 Hope you all had a super nice Thanksgiving and hopefully managed not to get trampled trying to grab up a copy of The Walking Dead – Season Four on Blu-Ray at Best Buy. During your Thursday dinner (again, assuming you weren’t in line outside of a Best Buy anticipating being walked all over on your […]