Search results for behind the badge

Ever wonder what the meaning behind your favorite automotive company’s logo is? Let’s uncover the hidden symbolism behind 20 of the most prominent car badges. Are you ready to have your mind blown? Fun Facts & Hidden Meanings Behind Popular Car Logos Acura The Acura luxury brand takes its logo design from the shape from […]

Behind the Badge: The History & Future of Vauxhall’s Griffin Emblem

Being that it’s a European brand, those of us in the United States don’t often keep tabs on Vauxhall, but in the wake of General Motors’ sale of Vauxhall and Opel to the PSA Group, the Vauxhall badge has been flashed across the news more prominently. Thus, you may have seen the Vauxhall logo recently […]

Behind the Badge: Striking Similarities Between the Dodge Demon & Hellcat Logos 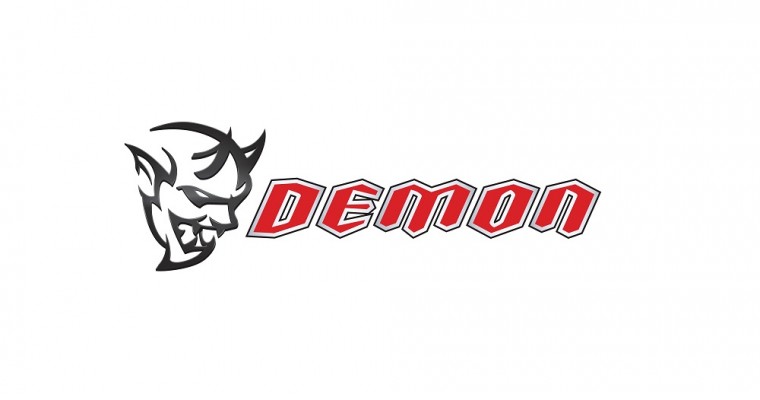 For the past month, we’ve been on the edge of our seats waiting for the upcoming reveal of the Dodge Challenger SRT Demon in March as the automaker reveals more and more salacious details. One of those attractive bread crumbs we’ve been fed is the emblem of the upcoming Demon variant. Considering its name–and that […]

If there’s one moniker that stirs excitement in gearheads, it’s Dodge’s Hellcat. These supercharged variants of Dodge’s most popular models make the American legends into even more powerful vehicles with their beastly engines. Monstrous machines deserve aggressive titles and identities–which Dodge delivered with its fierce Hellcat emblem. But have you wondered where the Hellcat name […]

Behind the Badge: The Forgotten Hyundai Equus Logo & Its Deceptive Design

With the transformation of the Hyundai Genesis and Hyundai Equus into the Genesis G80 and Genesis G90, respectively, these models are getting a new shot at success. As Hyundai’s luxury sedans take on the brand name of the Genesis to form their own lineup, the Equus though has become overshadowed by the Genesis legacy. You may […]

Behind the Badge: Origin of Ferrari’s Prancing Horse Logo

Many automobile logos incorporate animals, especially premium European brands who have been around for almost a century. One of the most recognizable–Ferrari’s prancing horse–may look like a simple design, but its has a thoughtful, historic significance behind it. A Man of Style: Gift ideas for your car-enthusiast father What Was the Inspiration for the Ferrari […]

Behind the Badge: The Ferocious Jaguar Emblem and What It Represents

If there’s one automotive brand’s badge that perfectly imitates its company’s name, it’s the Jaguar. This leaping feline is easily one of the most recognizable and beloved emblems on the road. For years, this sleek, silver sculpture has adorned premium British performance cars around the globe. But where did the Jaguar get its design and […]

Behind the Badge: A Study on McLaren’s “Swoosh” Design, Kiwi Birds, & Cigarettes

British automaker McLaren, creator of some of the world’s best-performing sports cars, has an interesting history behind its current, seemingly innocuous logo. The red, curved ray–commonly referred to as the “swoosh”–is all over the company’s handiwork. But what does it represent? Some purport that the red curve was derived from the original crest used by McLaren that […]

Behind the Badge: Reasons to Love the Suzuki “S” Logo

Not all logos have to harbor hidden secrets in their designs to be impactful or memorable; some logos are so timeless and straightforward that they maintain their appeal for eons. Japanese manufacturer Suzuki Motor Corporation has such a badge that is recognizable in practically every country around the world. Headquartered in Shizuoka, the company produces […]

Behind the Badge: Secrets of the Isuzu Name and Logo 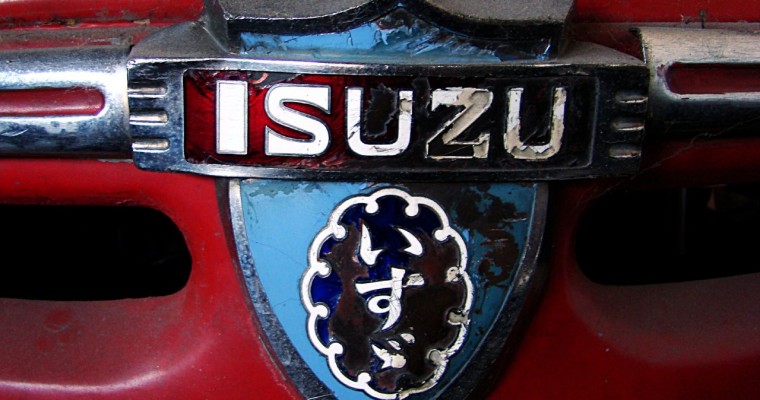 Isuzu Motors Ltd, the Japanese manufacturer headquartered in Tokyo, is the world’s largest truck producer, specializing in commercial vehicles and diesel engines. Its full name being Isuzu Jidōsha Kabushiki-Kaisha, the company was named after a river that flows past a Japanese shrine. The name means “fifty bells pealing in harmony and celebrations.” Isuzu began in 1916 when […]

Behind the Badge: Hidden Meaning of the Abarth Logo’s Scorpion

If there’s one logo that grabs everyone’s attention wherever it’s seen–whether at auto shows, races, or on the street–it’s the Abarth badge.  Bold and ferocious, it features a stylish scorpion with its pincers outstretched. But where did Abarth get this logo and what does it mean? Abarth & C. S.p.A. was founded by Italo-Austrian Karl (aka […]

Behind the Badge: What Logo Will Hyundai Use for Its Genesis Motors Luxury Brand? 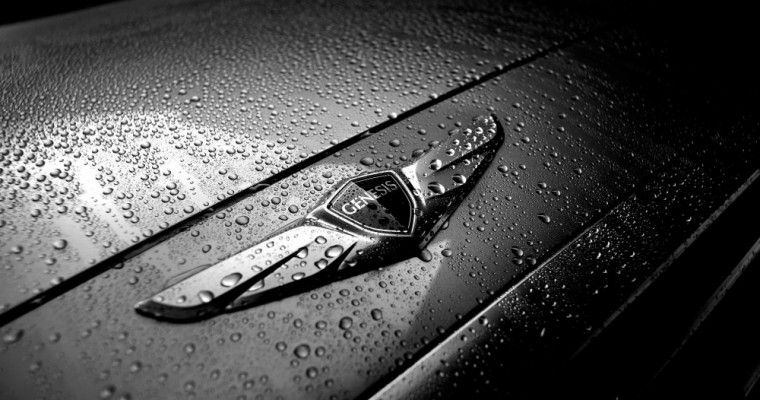 Will the stylish winged logo remain the Genesis Motors emblem?

For years, people wondered why the luxurious Hyundai Genesis sedan possessed a different badge than the rest of Hyundai’s lineup. While other sedans and crossovers posses the recognizable Hyundai “H” emblem (which you can learn all about here), the Genesis was given a distinctly different one. Now it all makes sense. Hyundai Motors recently announced its […]

What does the red shield logo mean and where did it originate?

Have you ever passed a car on the road with this unusual badge on its fascia? If you didn’t recognize it, you’ll be happy to know you’ve seen one of the late Chevrolet Monte Carlo models. While some of these models used the iconic Chevy bowtie emblem, many bore their own unique badge: a red shield […]

Behind the Badge: Studying DeLorean’s DMC Insignia Design Takes Us Back in Time

Sometimes you don’t need an overly complicated, abstract badge on your automobile’s grille to identify what it is. Sometimes three simple letters are all it takes. Known for its brushed stainless steel panels, gull-wing doors, and slanted wedge design, the DMC-12 became legendary through its appearance in 1985’s Back to the Future. Despite only 9,000 having […]

Behind the Badge: Does the Tesla Emblem Represent More Than the Letter ‘T’?

Does this pioneering motor company's logo have a hidden meaning?

Despite many of its own fans wishing Tesla Motors didn’t use a badge on its cars–to go even further against the norms of the automotive industry–the electric vehicle company does indeed possess its own logo, as practically every business does. This sleek, modern emblem, designed by Prado Studio, adorns the grille of the Model S and the upcoming Model […]

Behind the Badge: Take a “Stab” at What the Maserati Logo Means

One automaker has a sharp logo design that pierces through the bland emblems of its competitors. Want to take a stab at which automaker we’re talking about? The Maserati company was founded in December 1914 by the brothers Maserati. Unlike other popular brothers in automotive history, there were not two or three Maserati brothers, but a whopping […]

Behind the Badge: Connecting the Volkswagen Logo, Hitler, & Office Competition

The Volkswagen emblem has become so recognizable over the years that the company is often referred to simply by the initials on the logo: VW. The Volkswagen Automobile Company–founded in Wolfsburg, Germany in May 1937–has become one of the top auto makers in the world and remained so for nearly a century. But where did […]

Behind the Badge: Yes, There’s Meaning Behind the smart Car Emblem & Name 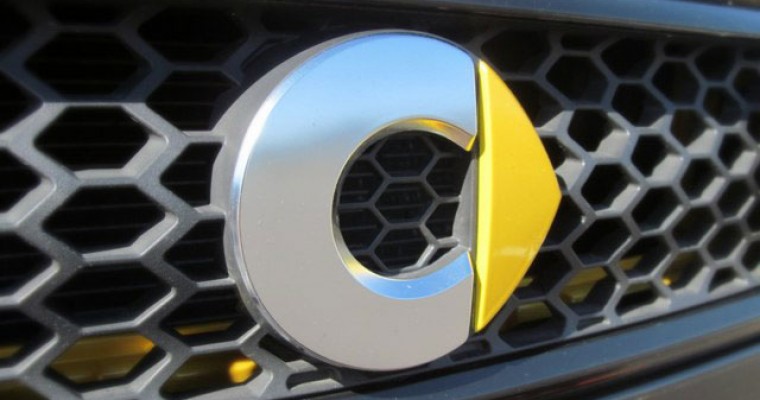 A couple months ago, I encountered a cross-country caravan of smart cars parked outside an automobile museum. After marveling at the various decorative styles adorning each different car, I also began noticing the same design element proudly adorning each grille: the circular arrow badge. It reminded me of the power button on an electronic device; but did the smart […]