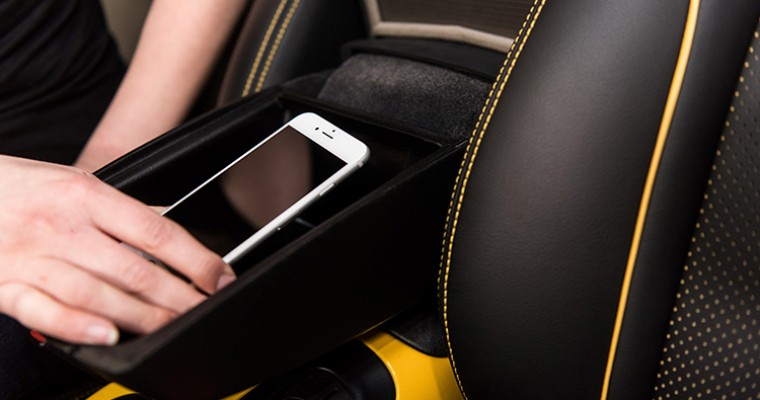 Nissan Great Britain is making use of a 200-year-old invention to cure one of drivers’ modern day driving distractions—using a cellphone while behind the wheel. According to Nissan, “the Nissan Signal Shield is a prototype compartment within the armrest of a Nissan Juke that is lined with a Faraday cage, an invention dating back to […] 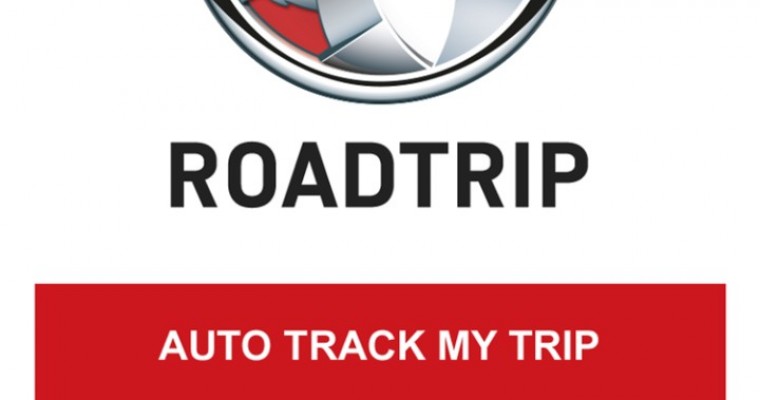 If the living that you earn requires a lot of time on the road, then you know well how imperative it is to track your business miles. Vauxhall is looking to make this process just a little bit less intensive for drivers in the UK with its RoadTrip app, which has now added functionality that […]

Did We Just Get Confirmation Of An Apple Car? 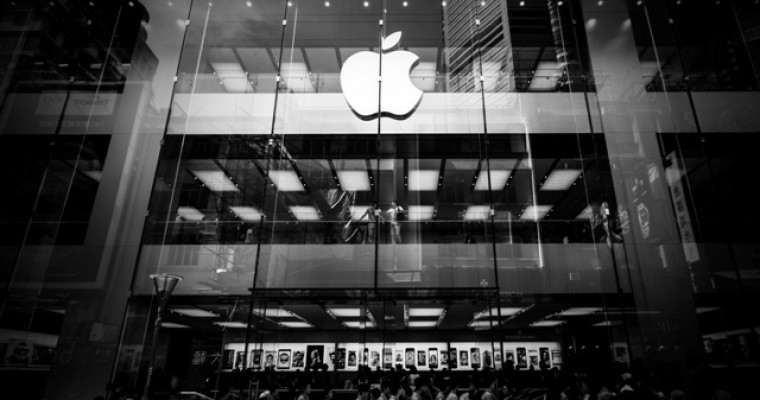 For years, Apple has been dancing around the potential of building a car of its own instead of simply providing Apple CarPlay to other companies. No one could ever tell if the “Apple Car” was simply a stretch goal or something the company was seriously looking into. In 2015, Apple promised delivery of a self-driving car […] 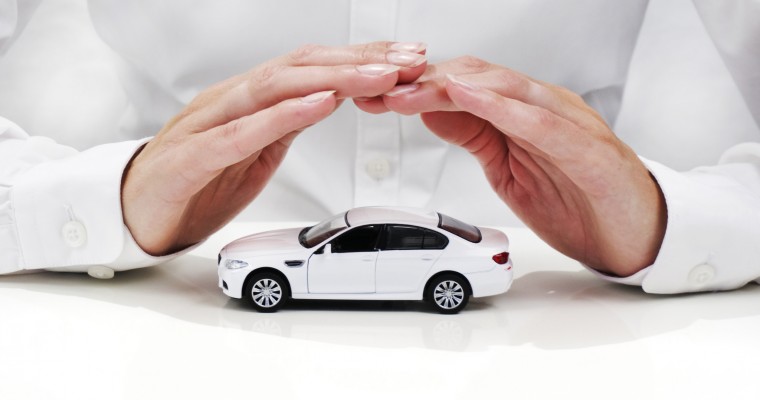 There are a lot of factors, such as age, driving history, and vehicle, which go into figuring out how much we all owe for car insurance. However, even the best drivers are seeing rate increases, with the Insurance Information Institute reporting that the average price of car insurance has risen about 16% since 2011. Besides […] 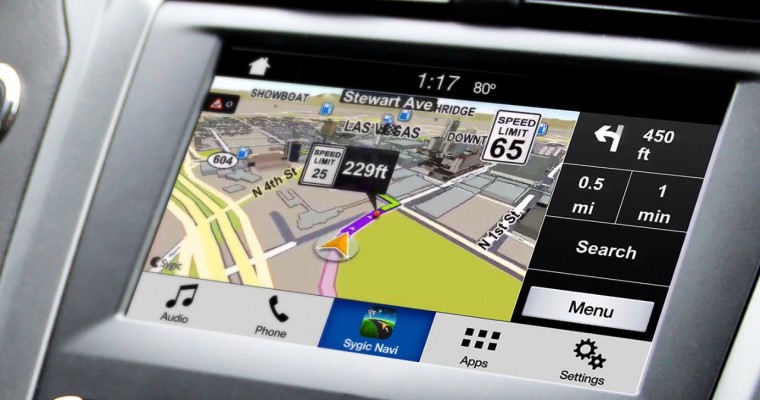 Ford has announced that it is enabling users to project navigation apps from smartphone to screen with SYNC AppLink. Sygic Car Navigation will become the first app to be projected on Ford vehicles’ SYNC 3 infotainment display when plugged in via USB cable, reducing the distraction that comes with using a smartphone for navigation purposes. […] 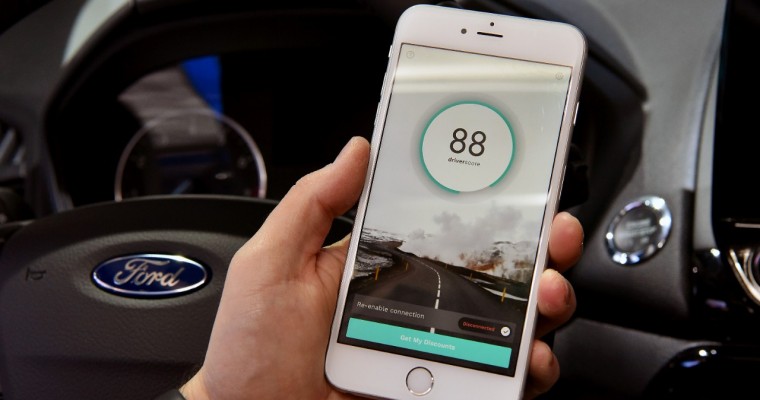 Ford has announced that its vehicles will work with the DriverScore® smartphone app to help drivers save money on their insurance premiums by documenting and scoring driving behaviors. The app, compatible with Ford SYNC AppLink, gives users the ability to share a personalized driver score with their insurance provider as a means to negotiate a […]

Let’s face it: the English language is overrated. When the words “tough,” “bough,” “dough,” and “cough” are all pronounced drastically differently, you know it’s time to find a new way to communicate. Thank god for emojis—they’re exactly what society needs to catapult us into an era of enlightenment when the plural of goose is not […] Rideshare drivers know how important the use of apps is for their business. The whole business is based around a few select apps, be it Uber, Lyft, or some other up-and-coming ridesharing app. There are a select few other apps that you’ll need both for the ride and to assist you in your business afterwards. […] 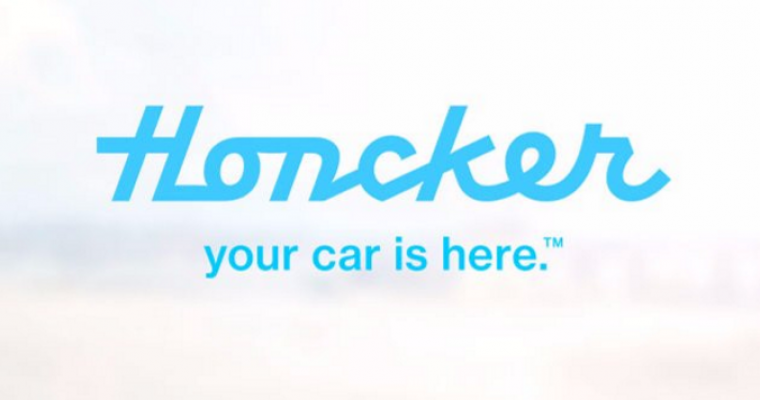 As we move increasingly into an internet- and smartphone-dominated age, customers in every industry are becoming more and more reluctant to deal with inconvenience. Consumers don’t want to have to run around from store to store—they just want to look for what they want in one place (often their smartphones). In the car industry, adjusting […] 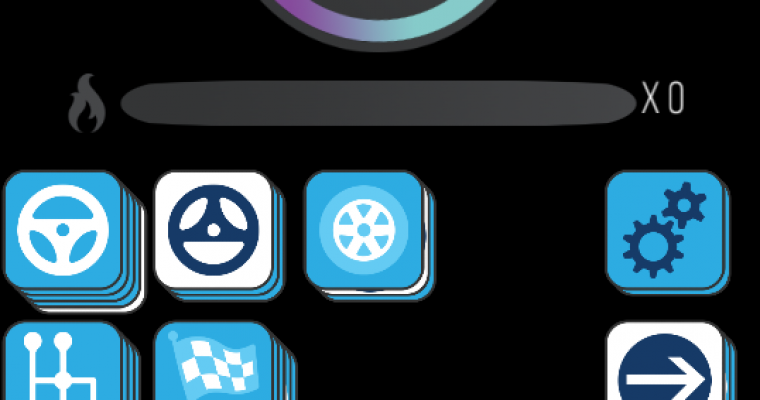 What’s more fun than going to a national automotive show and seeing the latest, greatest vehicles from around the world on display? Not much…but playing a fun mobile game might come close! The Los Angeles Auto Show has partnered with EyeCons, LLC to create and launch its first-ever digital mobile game to promote the […] 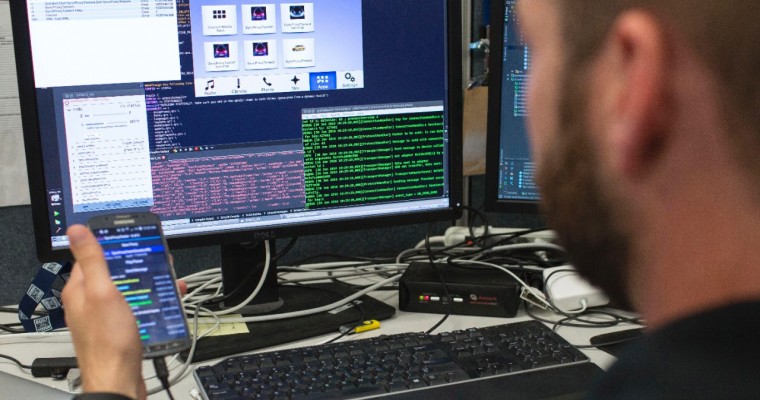 Ford has announced the availability of a new, free tool intended for developers who wish to create apps for its SYNC 3 infotainment system. Available to download today, the SYNC 3 AppLink Emulator enables developers to test the look and feel of their app on a SYNC 3 interface without requiring access to a Ford […] 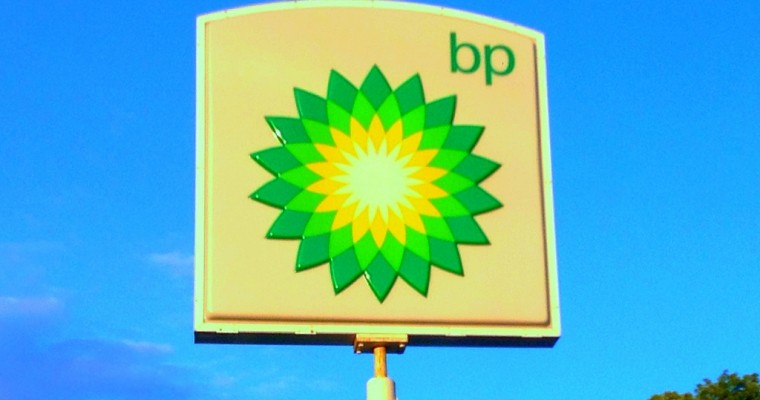 Smartphones are amazing things. As time has gone on, they have become more and more like small computers, with apps that can perform a vast number of functions, from taking you safely to work to showing you an array of social media to letting you catch Weedles on the way to the cafeteria. Now, it […] 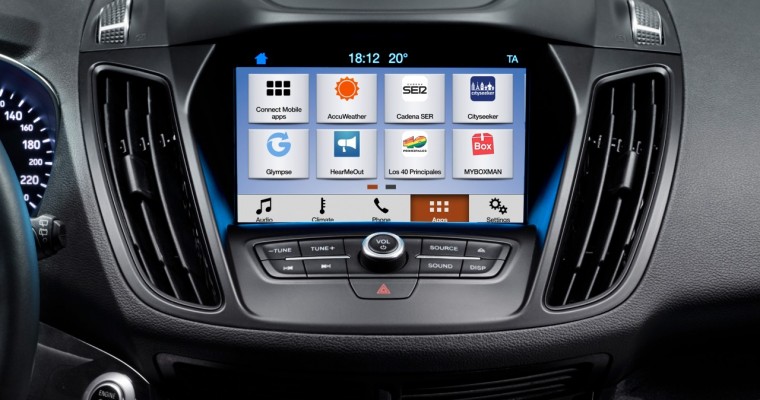 If you have been saving up your pennies to afford a new Ford vehicle, we have good news for you. This week, the Blue Oval brand has announced that all models in the 2017 production year will be available with Apple CarPlay and Android Auto, making connecting a phone to a vehicle ore seamless than […] 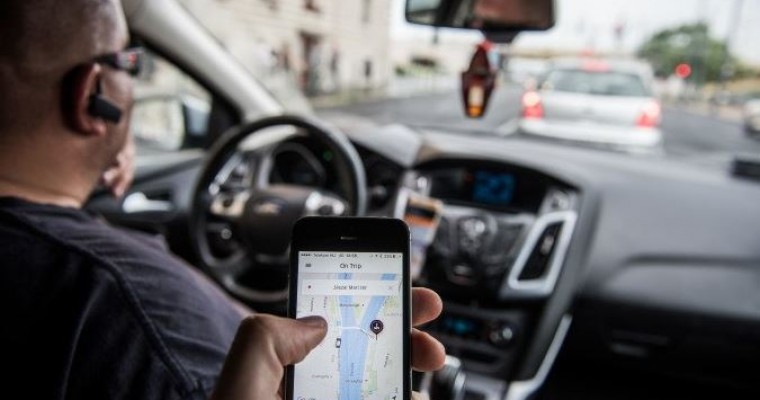 No one likes a driver that drives with two feet (unless that person is driving a manual), especially when it’s someone you’re paying to take you from Point A to Point B. To make sure its customers get the best drivers—and the smoothest rides—possible, Uber has decided to pilot test a new app feature throughout […] Think that Snapchat is just another narcissistic, time-consuming distraction used by self-obsessed teens and Millennial dilettantes? Think again, old man! Snapchat, a social media app that allows users to share photos and brief videos which expire after 24 hours, is really starting to legitimize itself. Why, just last night, a member of the “Snap Pack” […] 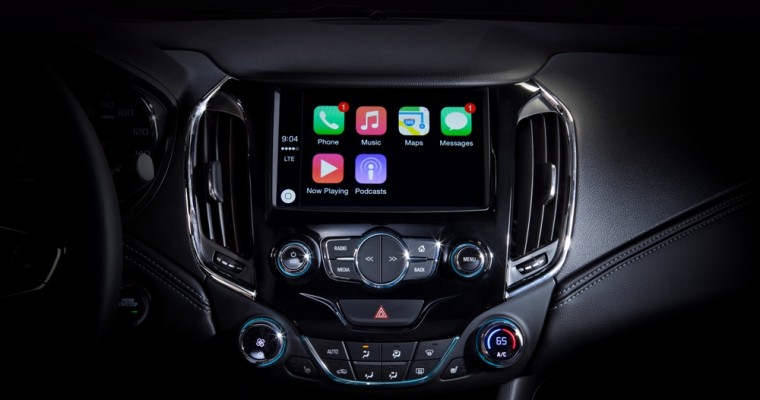 Ever since Ford introduced SYNC at the start of 2007, just about every automaker on the face of the planet has followed suit by creating their own infotainment systems for their cars. These days, cars have to be able to do a bit of everything. Navigation and audio go without saying, but then there’s parking […]

Garfield the Cat Appears in Korean Ads for the Hyundai IONIQ 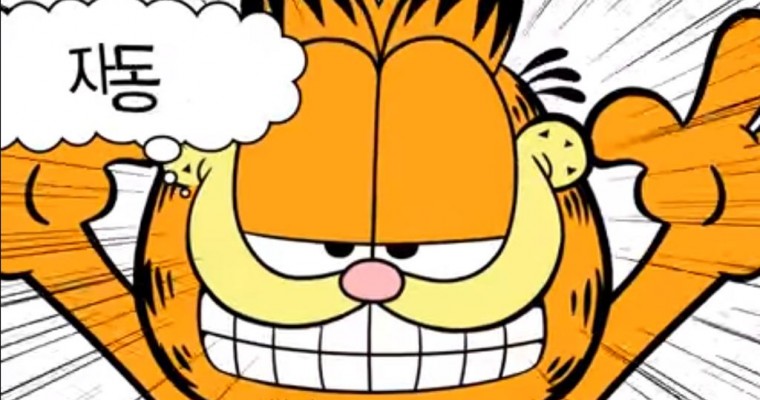 If there’s one cartoon character who embodies our laziness and pessimism about the world, it’s Garfield the cat. Despite his comfortable lifestyle, this orange tabby cat created by Jim Davis is known for his lovably droll observations and lethargic tendencies. Yet, despite his reputation, the furry feline still makes the occasional appearance as a mascot […] 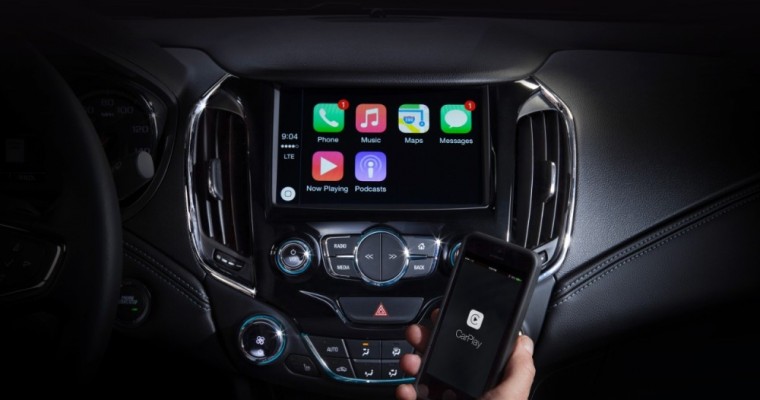 With the introduction of the iPhone and Android smartphone in the late 2000s, the cell phone went from a device that was mostly used to send and receive calls, and transformed into a sophisticated mobile operating system that could be used to stream the internet and run software applications. In an effort to keep up […]