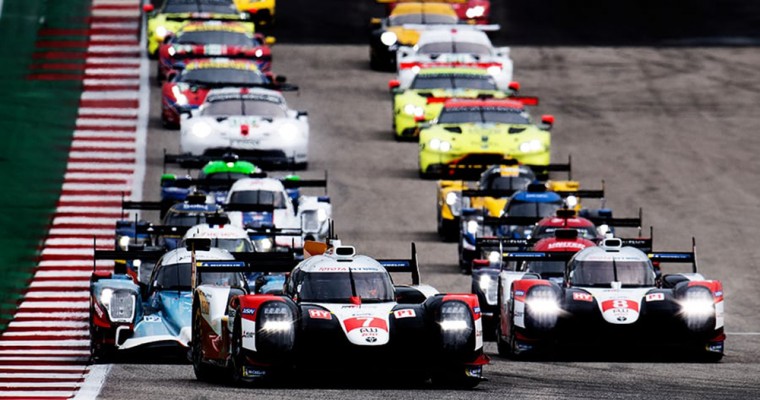 Toyota Gazoo Racing was celebrating in Austin last weekend after scoring a double podium finish in the six-hour, 2020 Lone Star Le Mans endurance race. Sébastian Buemi, Brendon Hartley, and Kazuki Nakajima finished second in the No. 8 Toyota TS050 Hybrid, just over 51 seconds behind the winning No. 1 Rebellion car. Behind them were […] 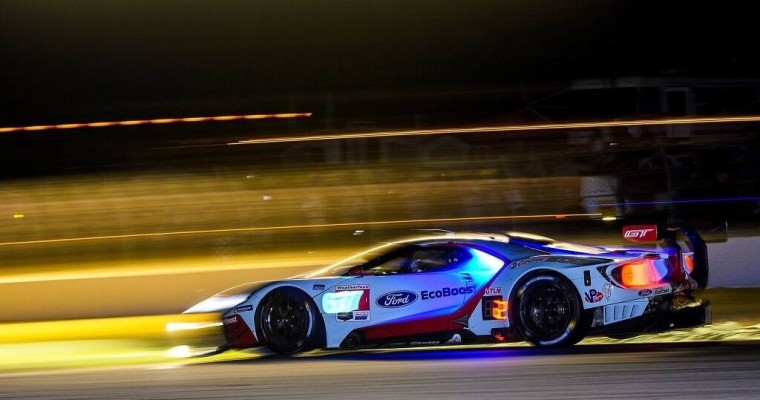 The Ford Chip Ganassi Racing No. 67 Ford GT made sure that the supercar’s return to racing ended on a high note. Drivers Richard Westbrook, Ryan Briscoe, and Scott Dixon piloted the car to a second-place GTLM finish earlier this month at the Petit Le Mans race at Michelin Raceway Road Atlanta, finishing the Ford […]

Toyota Wins Second Straight Le Mans, But Not Without Drama 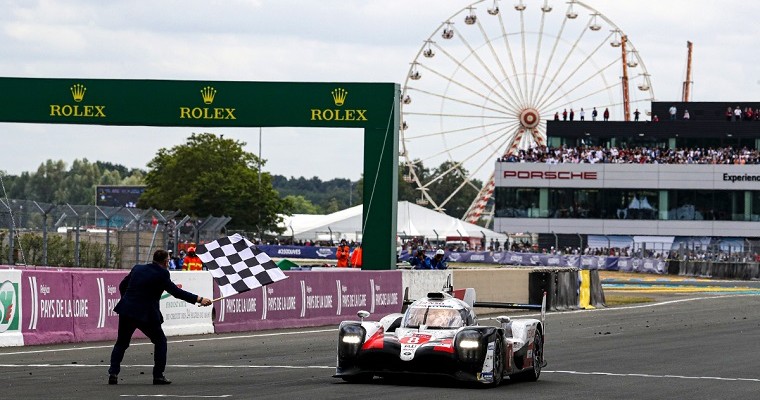 Toyota scored its second consecutive win at the 24 Hours of Le Mans race this weekend, finishing 1-2 and concluding the 2018-19 World Endurance Championship at the very top. Despite the strong result on paper, the race wasn’t without drama for the Toyota crew. The manufacturer fielded two TS050 Hybrid LMP1 cars in this year’s […] 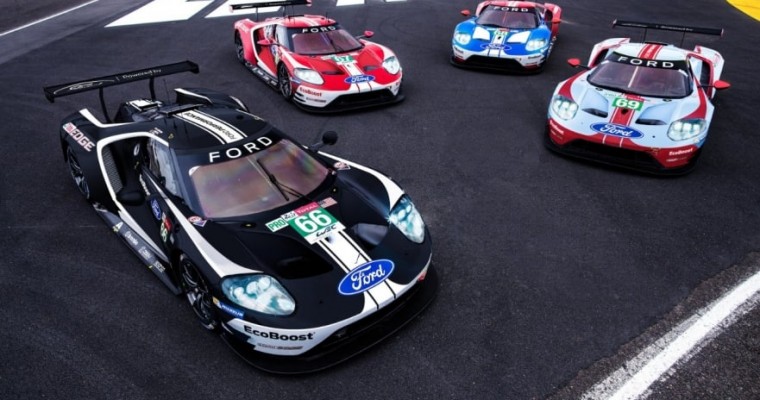 This weekend’s running of the 2019 Le Mans 24 Hours marks the close of the Ford GT racing program, which kicked off in 2016 to honor the 50th anniversary of the Blue Oval’s historic victory over Ferrari. And while Ford will look to repeat history with one more with, it plans to go out with […] 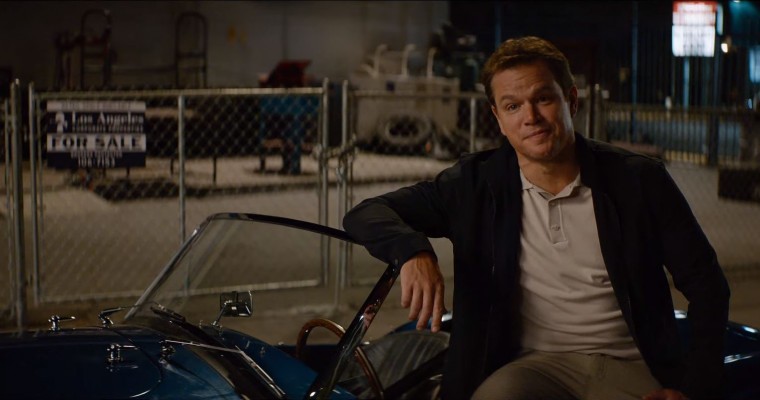 Of the many fascinating stories from the motorsports world, few are as legendary as Ford’s feud with Ferrari in the 1960s, a rivalry that brought Carroll Shelby to fame and revolutionized the American automotive industry following the unforgettable 1966 24 Hours of Le Mans. It’s taken 50 years, but we’re finally getting a big-screen depiction […] 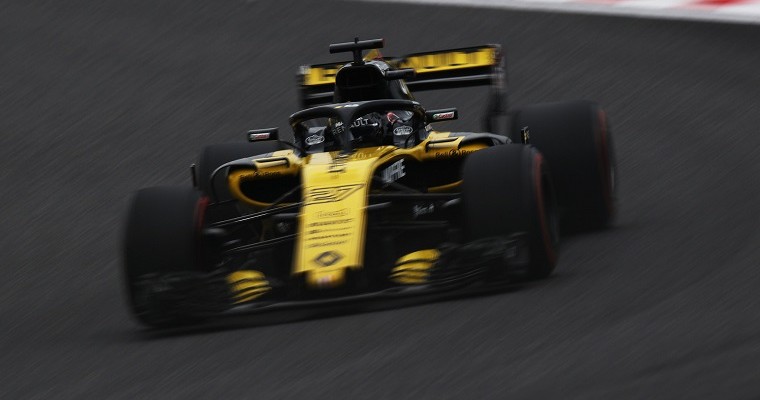 Nico Hülkenberg, winner of the 24 Hours of Le Mans in 2015 and full-time Formula One driver, has backed his fellow countryman Sebastian Vettel following the four-time champion’s claims that downforce “holes” were causing his strange spins throughout the 2018 season. Vettel has had a difficult year marred by uncharacteristic mistakes that many believe have […] 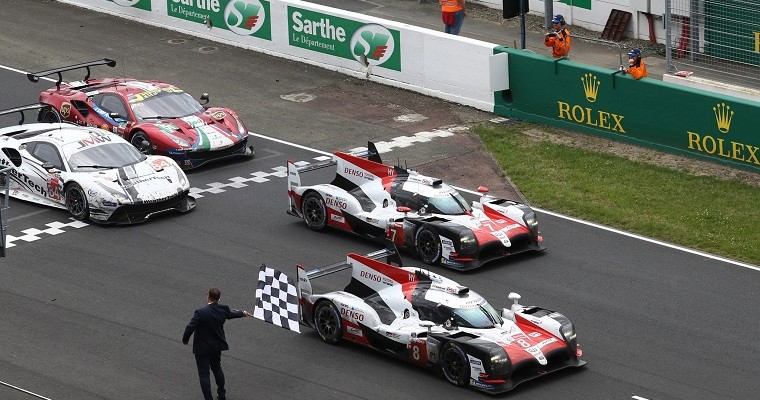 After years of trying, Toyota has finally done it and won Le Mans—what’s more, it did it with a near-perfect 1-2 drive from the front row and so convincingly that that few could deny the manufacturer couldn’t have won had Audi and Porsche not dropped out of LMP1. Toyota’s achievement marks only the second time […] 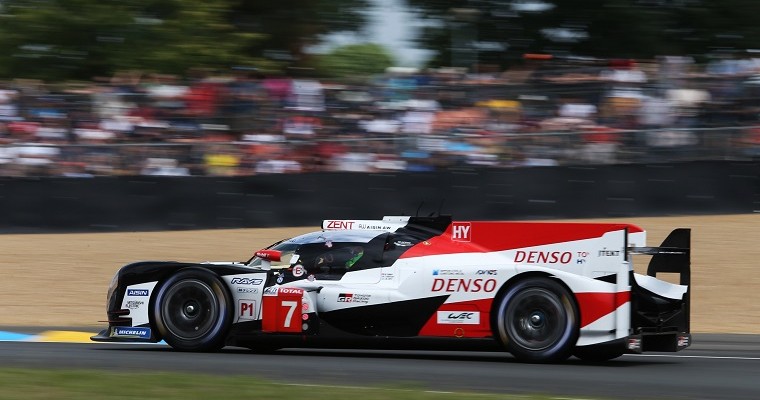 Toyota Gazoo Racing comfortably swept the front row during 24 Hours of Le Mans qualifying, reinforcing the belief that the team will have an easy time in the race barring any reliability problems. The #8 Toyota TS050 Hybrid, driven by championship leaders Kazuki Nakajima, Fernando Alonso, and Sébastian Buemi, took the top spot with a […] 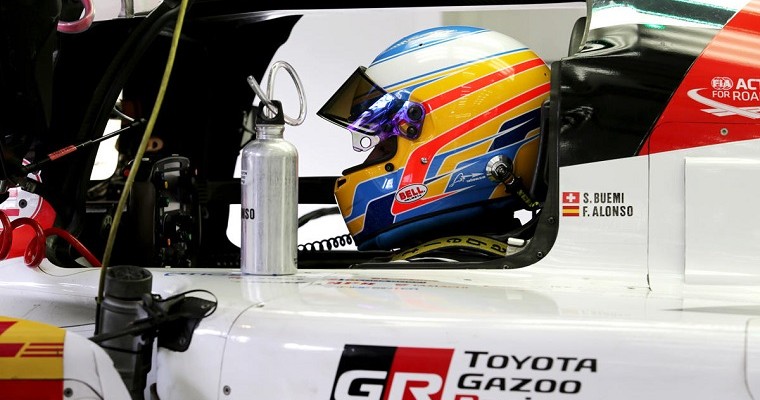 Toyota is the favorite to win the 24 Hours of Le Mans this weekend, with Fernando Alonso attempting to tick the second box in his quest for the Triple Crown of Motorsports from behind the wheel of the #8 Toyota TS050 Hybrid LMP1 car. But while earning its first-ever Le Mans victory with the famous […]

Toyota Says It Has No Room for Mistakes at Le Mans 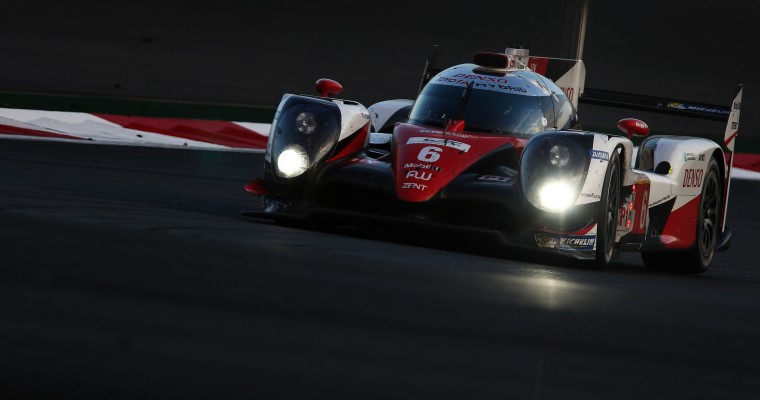 With Audi and now Porsche out of the World Endurance Championship’s hybrid LMP1 program, Toyota remains the only manufacturer in the top class, leading many to believe it would have no true competition in the championship or at the 24 Hours of Le Mans. That feeling seemed to be reinforced when Toyota easily scored a […] 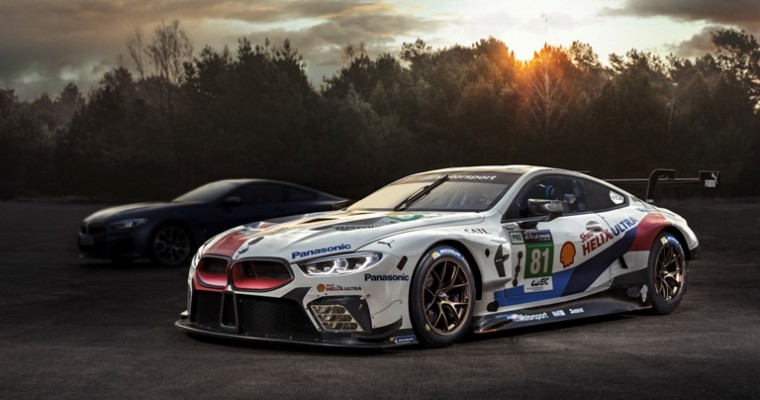 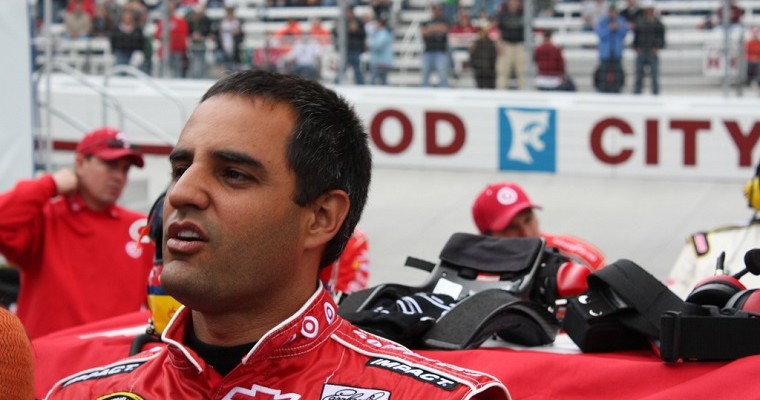 Juan Pablo Montoya has been tipped to make his 24 Hours of Le Mans debut with United Autosport this year. According to French media outlets Le Maine Libre and Auto Hebdo, the two-time Indy 500 winner is in talks with the team to race one of its Ligier JS P217 prototypes. This is the same […] 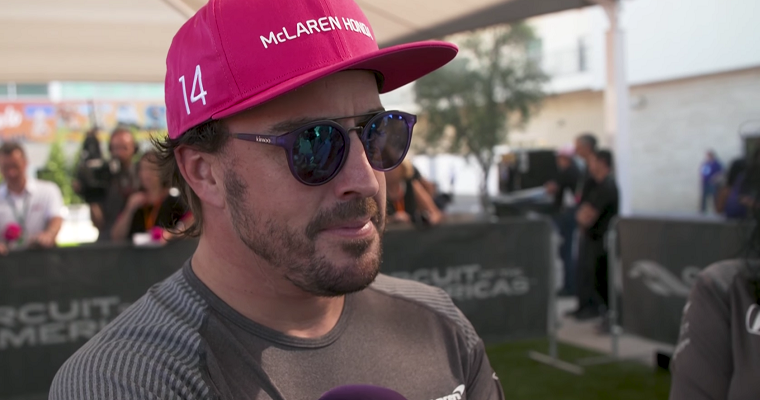 Toyota Gazoo Racing has confirmed that two-time Formula One world champion Fernando Alonso will race for the team throughout the 2018-2019 World Endurance Championship super season. The Spaniard will get behind the wheel of the #8 TS050 Hybrid LMP1 car alongside Sébastian Buemi and Kazuki Nakajima and, according to Gazoo Racing, “will compete in all […] 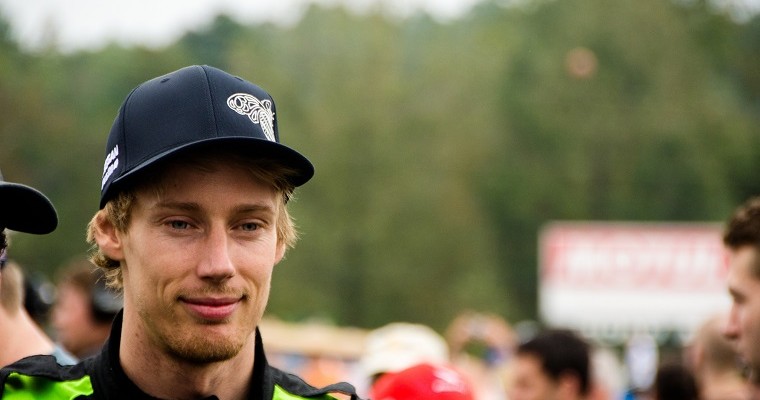 Scuderia Toro Rosso has announced Brendon Hartley, the New Zealander who won the 24 Hours of Le Mans this year and the World Endurance Championship in 2015, will take part in his first Formula One Grand Prix this upcoming weekend at the Circuit of the Americas. Hartley is replacing Pierre Gasly, who himself had been […] 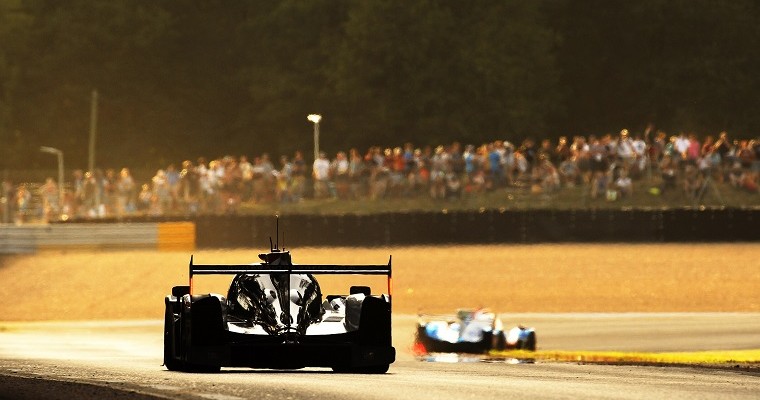 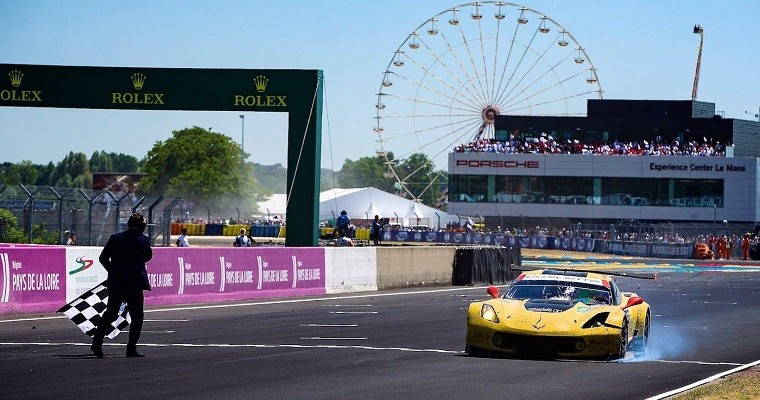 After a difficult start to the race, Chevrolet was looking on course for its ninth class victory at the 24 Hours of Le Mans since 2001. The #63 Chevrolet Corvette C7.R had come back from an early-race puncture to fight its way to the lead, with Jan Magnussen, Antonio Garcia, and Jordan Taylor all taking […] 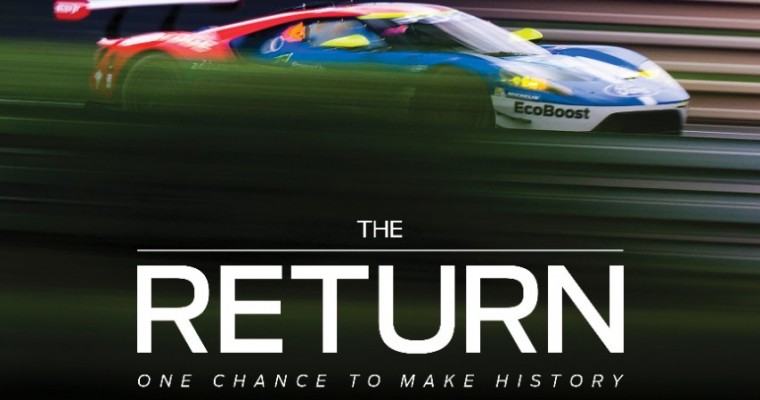 Ford may have come up just short in its efforts to repeat as the king of the GTE Pro class at the 2017 24 Hours of Le Mans, but it will no doubt be back in full force for the 2018 campaign the continue its legacy. With regards to that legacy, to which the Ford […]

Toyota Promises to Return to Le Mans After Yet More Heartbreak 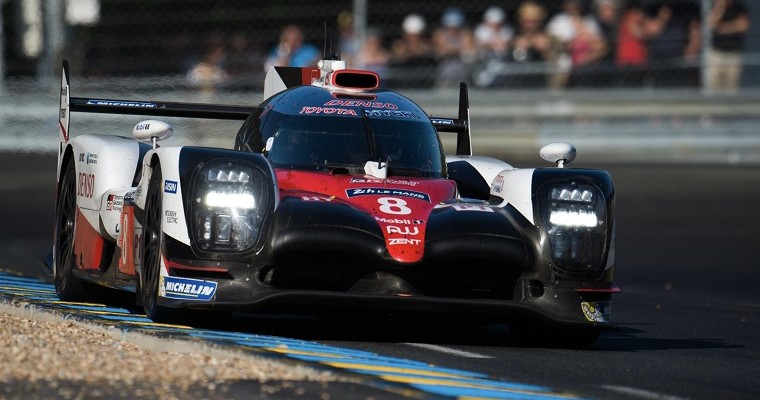 It seems that Toyota cannot catch a break at the 24 Hours of Le Mans. After putting in valiant performances throughout the years and coming achingly close to the overall win last year, the Japanese automaker was back in 2017 with its most competitive car yet. The new Toyota TS050 Hybrid was so fast it […]