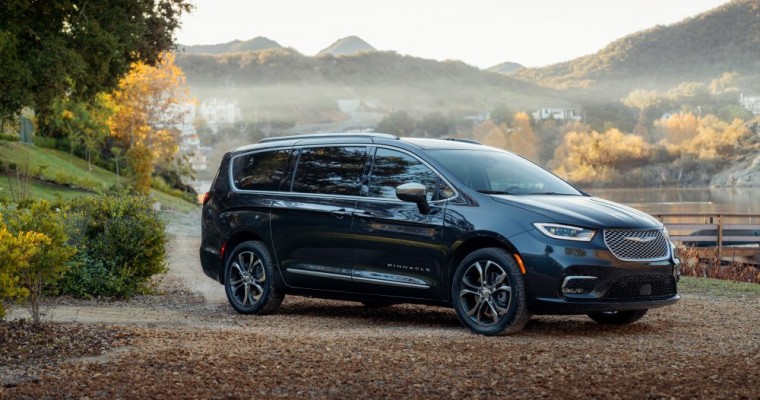 Finding the best family-hauler can be difficult. There are plenty of options on the market from spacious sedans to well-equipped SUVs. But, if you want a vehicle designed specifically for families, you have to go with a minivan. According to U.S. News & World Report, the Chrysler Voyager and Chrysler Pacifica are two of the […] 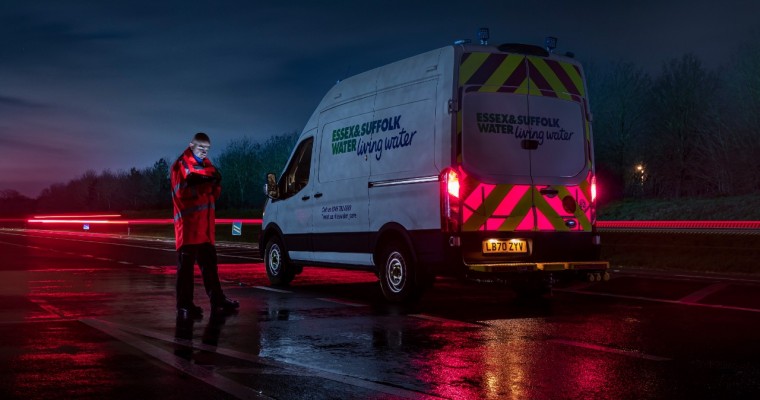 Ford Motor Company continues to cement its standing as Europe’s commercial vehicle leader with innovation. One of the latest advances to come out of the Blue Oval is its Electronic High Visibility Panels offered on the Transit and Transit Custom. This new feature aims to improve safety for commercial drivers at nighttime and in other […] 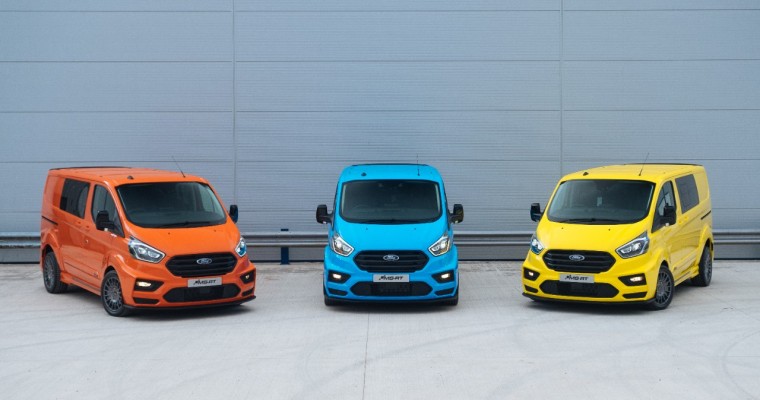 Did anybody have colorful, rally-inspired sport vans on their 2020 bingo card? Welp, that’s very much a thing now thanks to the launch of the Ford MS-RT Transit. A collaboration between Ford Motor Company and the design maestros at MS-RT bears fruit with colorful, sporty takes on the Transit Custom and Transit Connect that are […] 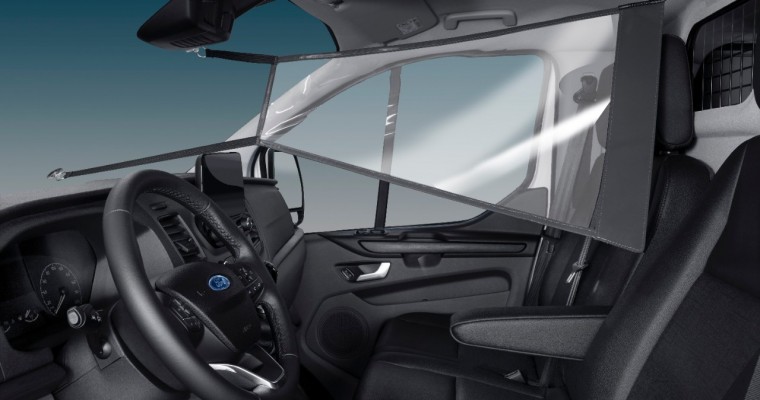 Ford has launched a timely new accessory for its Transit and Tourneo vans across Europe. The automaker’s top-selling commercial vehicles can now be equipped with protective shields that help businesses stick to social distancing guidelines. New from Ford: The 2021 Ford Bronco is here at long last — reserve yours today The shields, which are […] 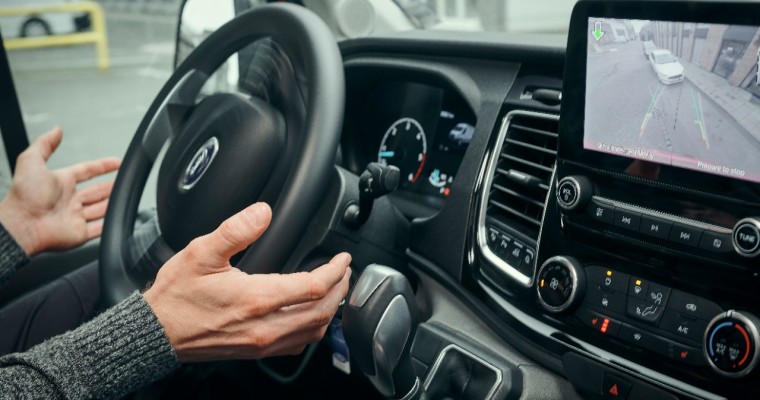 Ever try to park a van? It sure can be a hassle. Ford decided that it’s done with all that noise, which is why it’s offering Active Park Assist and other advanced parking technologies on the new Ford Transit. With the idea of time being the equivalent of money, the availability of this technology on […] 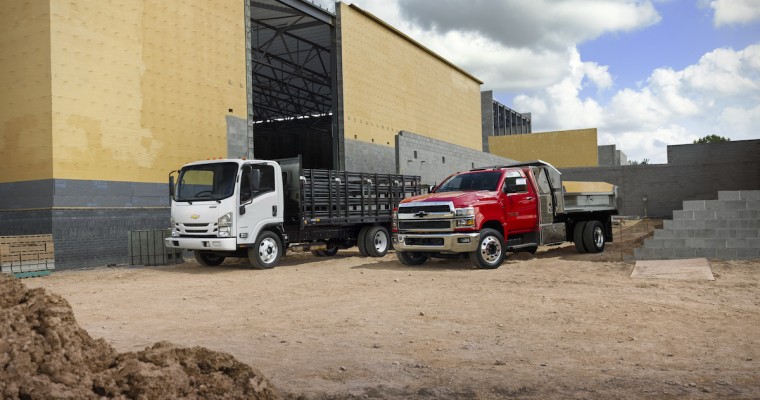 At the NETA Work Truck show, Chevrolet stole the spotlight with a wealth of new features and improvements to its already impressive lineup of commercial fleet vehicles. Here’s a look at what’s coming for these reliable trucks and vans. Prepare Your Fleet: Summer vehicle maintenance tips Even more power for your fleet For the 2021 […]

GM Cargo Vans Are Growing in Demand Thanks to Amazon For GM fans, it’s probably not surprising that the Silverado and Sierra truck sales stats are thriving as 2019 draws to a close. However, it’s easy to be baffled about the sales spike of another type of GM vehicle: cargo vans. Smart Shopper: Benefits of Leasing Increased demand for delivery vans Per GM Authority, Amazon […]

Ford Transit at SEMA 2019 Shows Vans Can Shred, Too 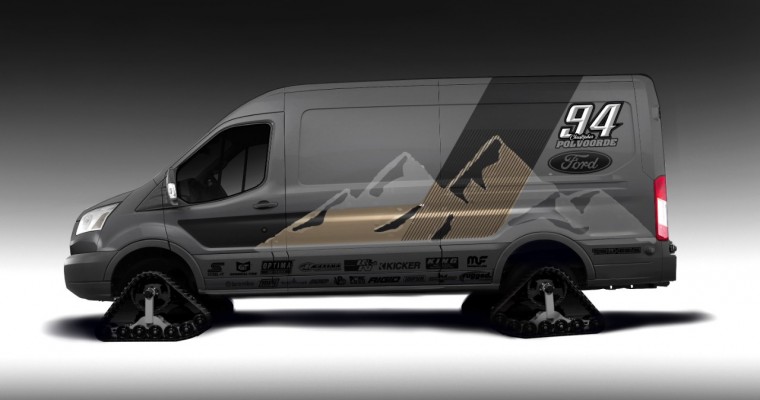 When you think of custom vans, you probably imagine shag carpet, disco balls, and sweet dragon graphics. Ford wants to expand that perception a bit, and it’s aiming to do so at the 2019 Specialty Equipment Market Association show. Several Ford Transit vans will be among the 50+ Blue Oval vehicles on display at the […] 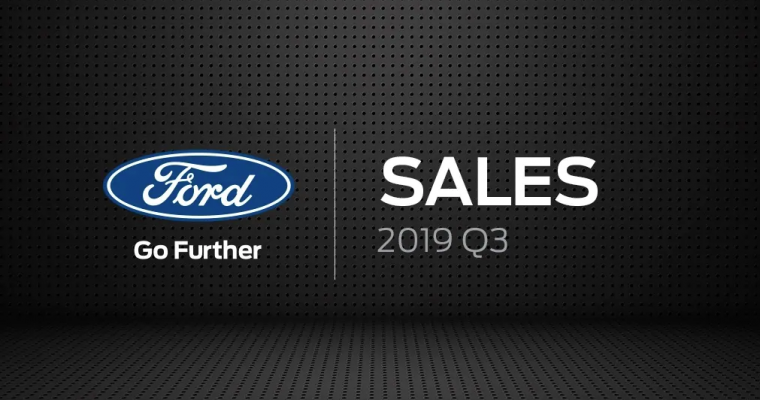 Ford Motor Company considers the year 2019 “a transitional one” with so much changing in its product lineup, but that didn’t stop some of its stalwarts from scoring major sales in Q3 2019. Ford vans, including the Transit and Transit Connect, were up 21 percent at 65,288 vehicles delivered, resulting in a new third-quarter record. […] 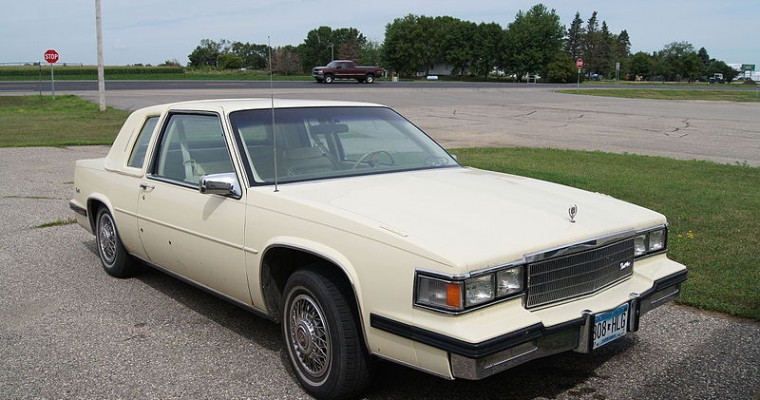 Basketball stars are constantly working with companies like Nike, Adidas, or New Balance to create shoes based on their personal style and preferences. But when it comes to other athletes, shoe deals don’t typically fall into their laps. However, pro surfer Alex Knost recently teamed up with Vans to create some new shoes with a […]

Chevy Express Vans an Appealing Option with $3500 May Rebate 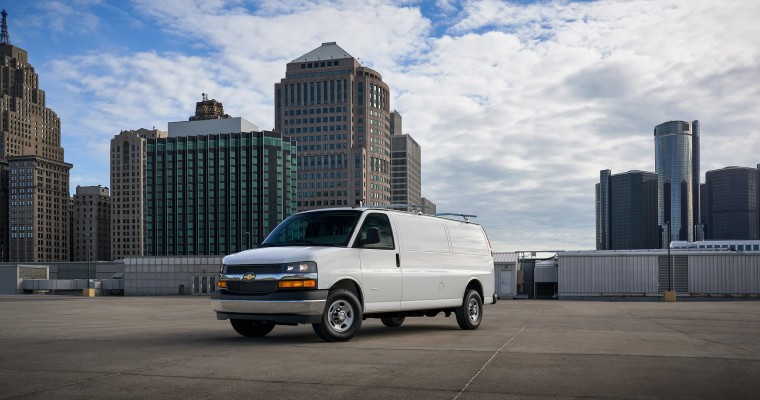 During the fourth quarter, the Chevy Express Van saw an 47 percent increase in sales of 2018 Q4. With a slow start this year, Chevrolet is putting the spotlight back on its vans lineup with a $3500 May rebate. Both Express Cargo and Passenger vans exhibit slashed prices all month long for 2018 and 2019 […] 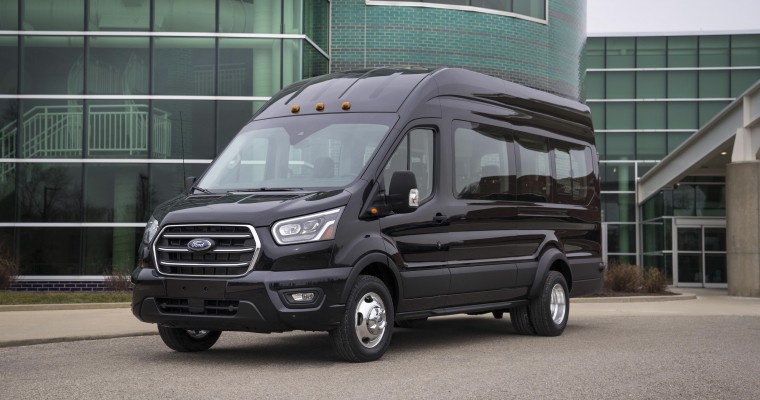 They say that money makes the world go ‘round, and in Europe, it seems that vans make the money go ‘round. According to Economics of Commercial Van Usage Across Europe, a new report commissioned by Ford and generated by the Center for Economics and Business Research, vans helped contribute over US$753 billion (€675 billion) to […] 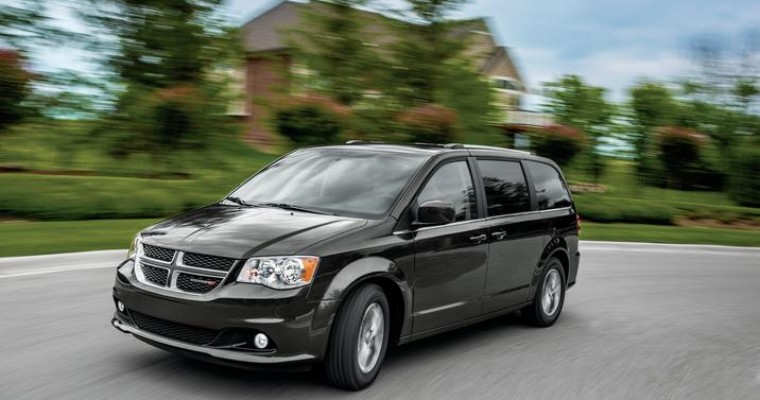 The editors at U.S. News & World Report have named the six best minivans for the money in 2019, and it’s no surprise that the well-equipped, spacious, and technologically-advanced 2019 Dodge Grand Caravan has snagged a spot on the pub’s list. “The Grand Caravan is priced considerably lower than many competitors and its total cost […] 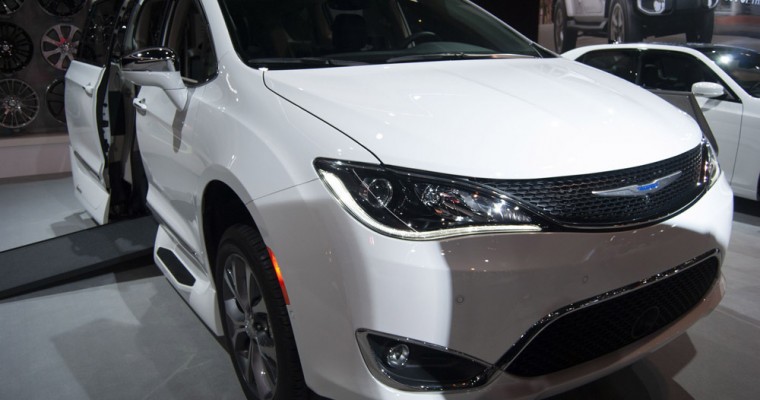 2018 Mercedes-Benz Vans Sprint MB to Record Sales in US 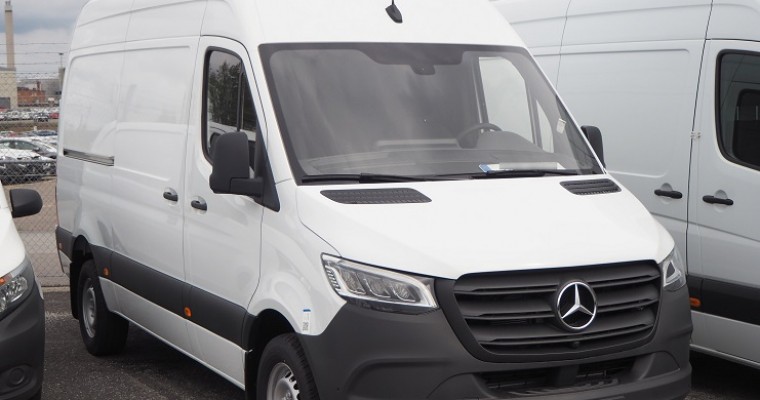 2018 Mercedes-Benz vans raised the sale unit floor with U.S. consumers last year. Mercedes-Benz reportedly closed out 2018 with its best-ever yearly volume of 38,187 vans sold. This is a 9.1-percent jump from the previous year. “We are pleased with our record-breaking year for Mercedes-Benz Vans in 2018,” said Robert Veit, Vice President and Managing […]

Ford Serves Up 80 Transit Vans to noon.com for Yellow Friday 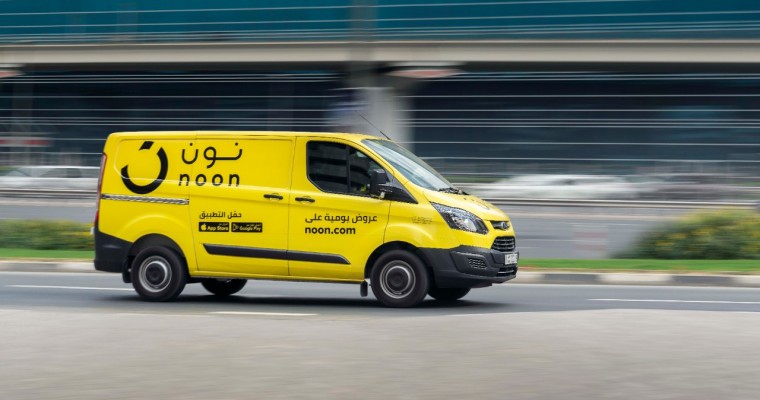 Ford Motor Company in November delivered a fleet of 80 new Ford Transit vans to noon.com, one of the leading online retail platforms in the United Arab Emirates. The Transit Vans, all wrapped in a vibrant yellow livery, helped noon.com promote its Yellow Friday sale, which is its own cheeky equivalent of Black Friday. New […] 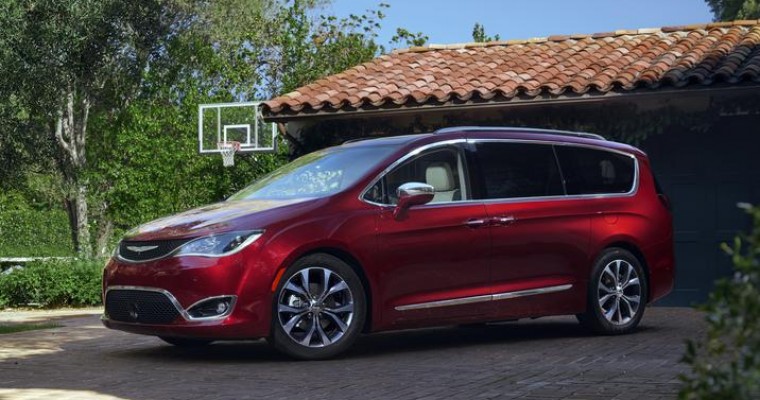 Minivans have gained quite the following in the last few years. Newer models are sleek and stylish, offer the latest technology, and provide a fantastic driving experience at an incredible value. For an active family on the go, there’s no better vehicle for moving people or stuff. Minivans exude the same active lifestyle vibe that […] 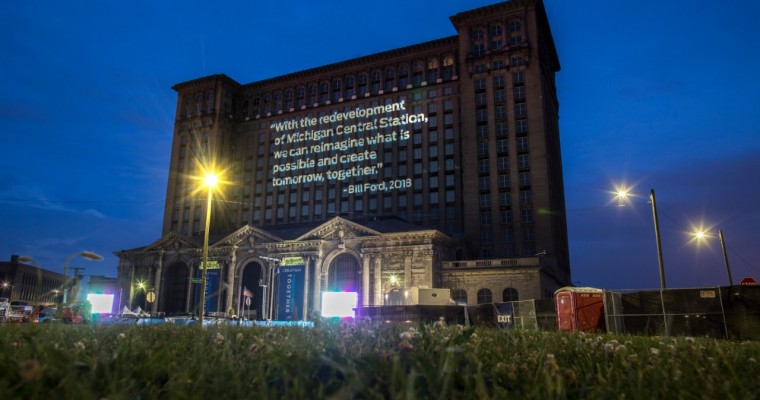 Ford Motor Company has named Quinn Evans Architects, Christman Company, and L.S. Brinker Company to key roles related to the rejuvenation of Michigan Central Station and the creation of its new Corktown campus. The former will serve as the lead in design, and the latter two companies are forming the Corktown Transformation Joint Venture to […]